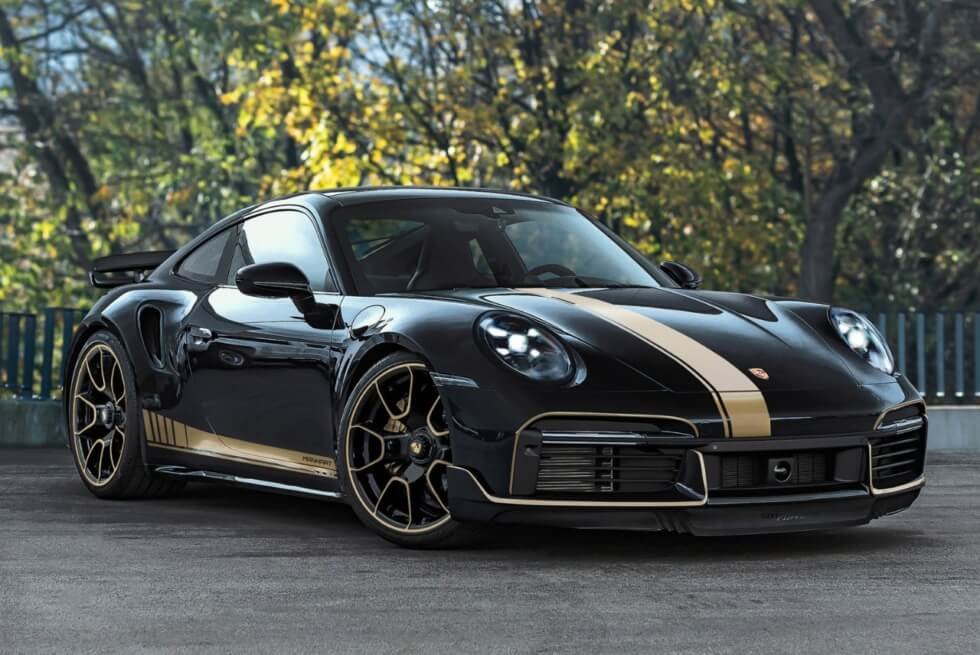 German aftermarket tuners are on another level. Although some American establishments rank high on our list like Roush and Hennessey Performance, their European counterparts regularly deliver outstanding builds. For example, Manhart showcases their bespoke take on a Porsche 992 Turbo S. Dubbed the TR 750, the donor vehicle receives a suite of tweaks to boost its output.

Moreover, Manhart also outfits the coupe with exclusive styling for that distinctive appeal. Aside from Porsche, they also cater to other marques that seek a custom overhaul. As of this writing, the group lists Toyota, Volkswagen, Mini, Tesla, McLaren, Mercedes-Benz, BMW, Lamborghini, Audio, and Alfa Romeo, to name a few.

For the TR 750, the team manages to add 99 horsepower to the stock 3.8-liter twin-turbo flat-six. Remarkably, this was accomplished with the help of an ECU remap. This software change allows the mill to produce 750 horsepower. We have yet to learn about the numbers, but clients can expect a remarkable improvement in acceleration and top speed.

They’re also modifying the current-generation 911 Turbo with a Kline exhaust that touts a 200-cell downpipe. Furthermore, its suspension system welcomes a set of H&R springs to lower its ground clearance by 1.2 inches. To finish it off, the TR 750 now flaunts Manhart’s signature livery of black with gold trims.

There has been a surge of awesome aftermarket projects that feature the iconic 900-series sports car. Among those we’ve seen are from Singer Vehicle Design, Ruf, and Tuthill Porsche. The TR 750 is a reminder that whatever Manhart works with turns into jaw-dropping automotive masterpieces. 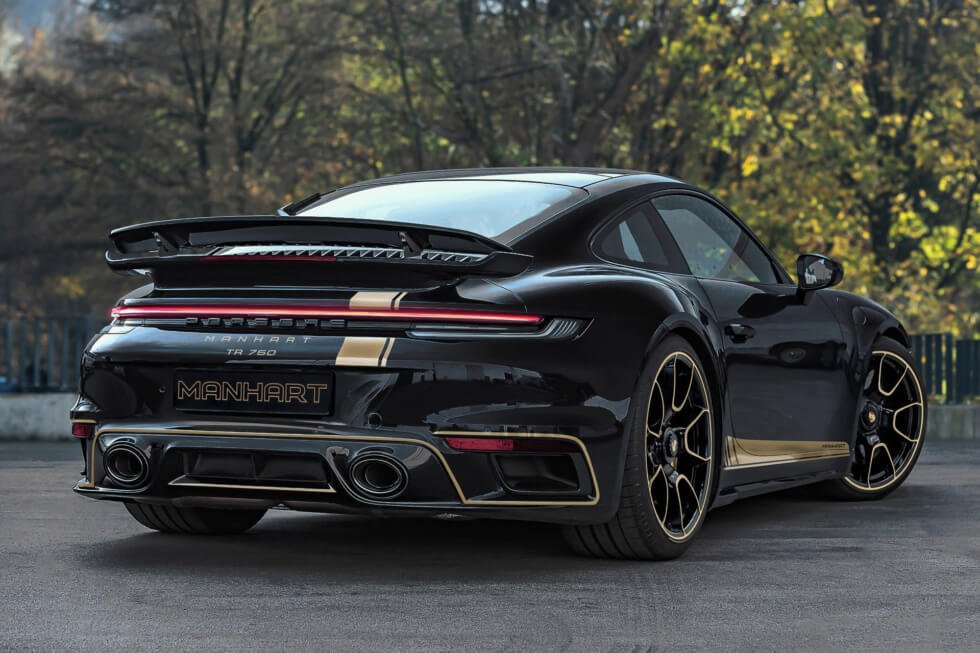