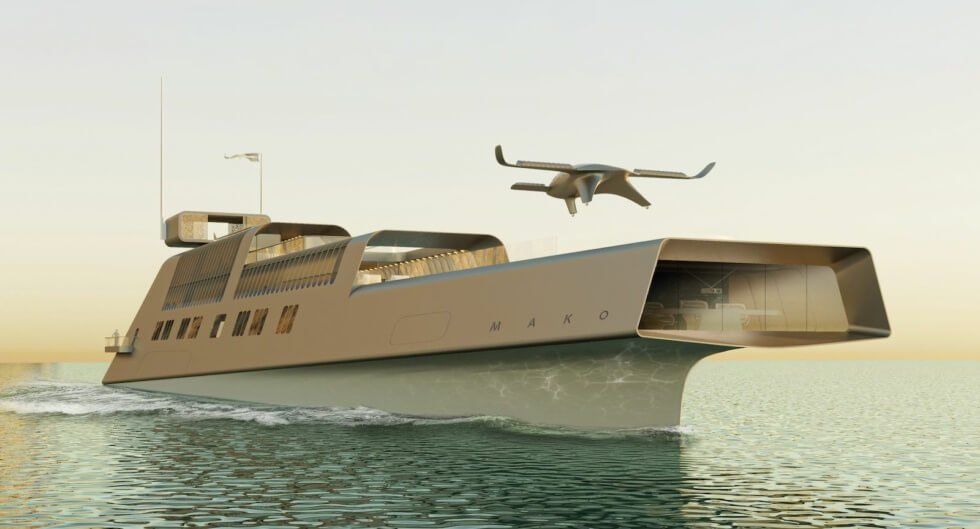 Sharks evoke both fear and fascination from people. Due to lack of understanding, we used to think of them as mindless killing machines, but these majestic creatures are an essential part of our planet’s marine ecosystem. State of Craft, on the other hand, draws inspiration from a particular species to design a concept ship it dubs the Mako.

Completely emission-free propulsion for larger watercraft is still not commercially available. Most shipyards integrate solar panels to harvest clean energy but still rely on diesel generators as a backup. What the British studio proposes for its vessel, on the other hand, is a hydrogen-electric propulsion system.

To supplement the power requirements of the Mako, the 393-foot explorer yacht will also integrate other green technologies. Photovoltaic panels and high-capacity batteries should be enough so that it doesn’t use up all of the fuel cells quickly. Just like the animal of its namesake, State of Craft opts for a sleek fluid silhouette.

The varying heights of its superstructure mix open-air spaces with enclosed volumes. We can see that wooden flooring covers most of the exterior areas of the Mako. Furthermore, since sustainability is what this luxury yacht is all about, images show what looks like an electric VTOL landing on the helipad at the bow.

Moving to the aft section of the Mako, the main deck transitions into a flight of stairs on both sides. These lead down to the beach club where a garage door houses tenders and other water toys. Just above is a terrace with 270-degree views that State of Craft calls a “sunken island” where people can just hang out. 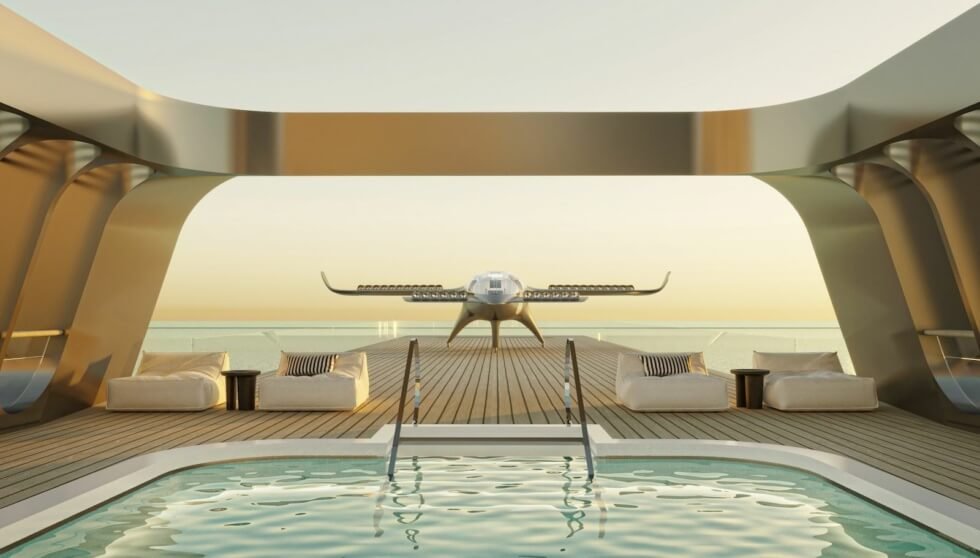 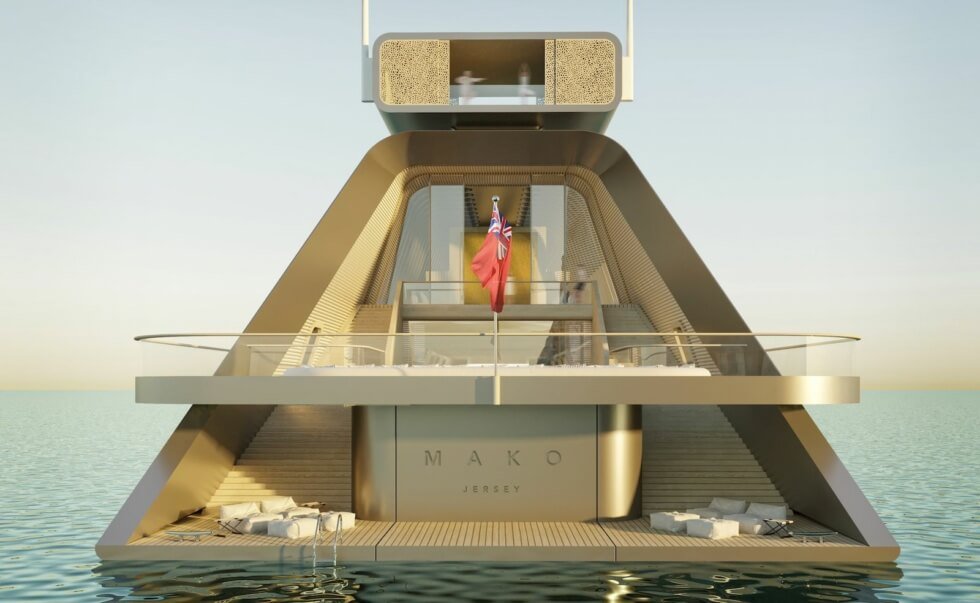 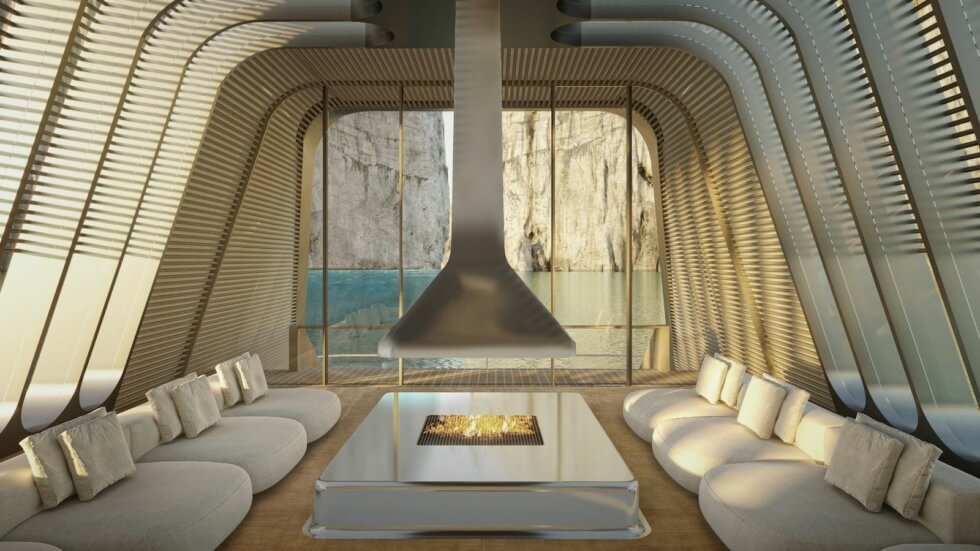 Images courtesy of State of Craft