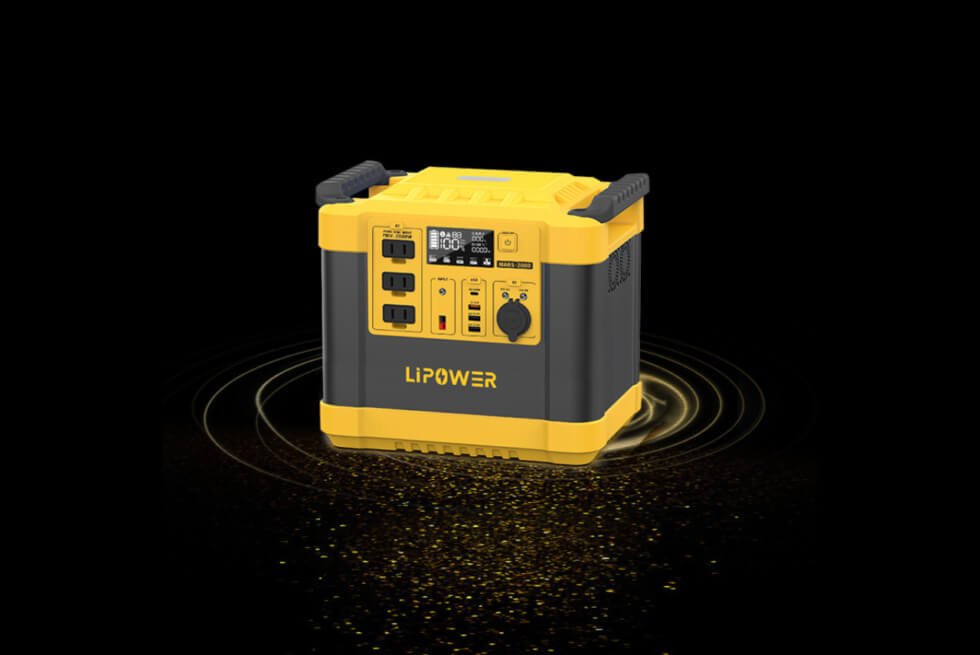 Built to Last a Decade

LIPOWER claims the device is long-lasting compared to other similar power stations. MARS-2000 is fueled by enhanced EV-grade LFP battery packs, which offer over 3500 cycles from 100% to 80% capacity. It means you can use it nearly EVERY DAY for 10 years and still have 80% of your original capacity. A 4-year manufacturer’s warranty also ensures that you’ll continue to be on the safe side years after purchase.

MARS-2000 is currently the most powerful portable power station in the LIPOWER portfolio. With the remarkable 1460Wh of capacity and a strong 2000W inverter (surge 4000W) power output. The MARS-2000 can power anything requiring under 2,000 Watts of power such as microwaves, hairdryers, coffee machines, heavy-duty electrical tools, and more. The charging station offers 10 ports to safely charge all your devices.

Another interesting feature is the size and weight of the device. Compared with their competitors’ 2000W-powered generators, LIPOWER’s products are much lighter, only 16.1kg compared to about 20kg.

The LIPOWER MARS-1000 PRO and MARS-2000 power station can be found on the official LIPOWER website for  pre-sale:https://lipowershop.com/pages/lipower-mars-2000-pre-sale Until Aug.15, you can buy both generators at a significant discount: the MARS-2000 early-bird price is $1,089, slashed from $1,489. On the other hand, the MARS-1000 PRO early-bird price is $799, and a $200 discount. If you don’t like yellow, we have good news for you. The power stations are also available in blue.

Orders will be delivered in 1 week, according to LIPOWER’s statement.

If you like camping and are looking for a relatively light generator, with valuable features and an affordable price (now early bird prices), you should consider buying new LIPOWER portable stations. More information on the product pages: LIPOWER MARS-2000 here, MARS-1000 PRO here.