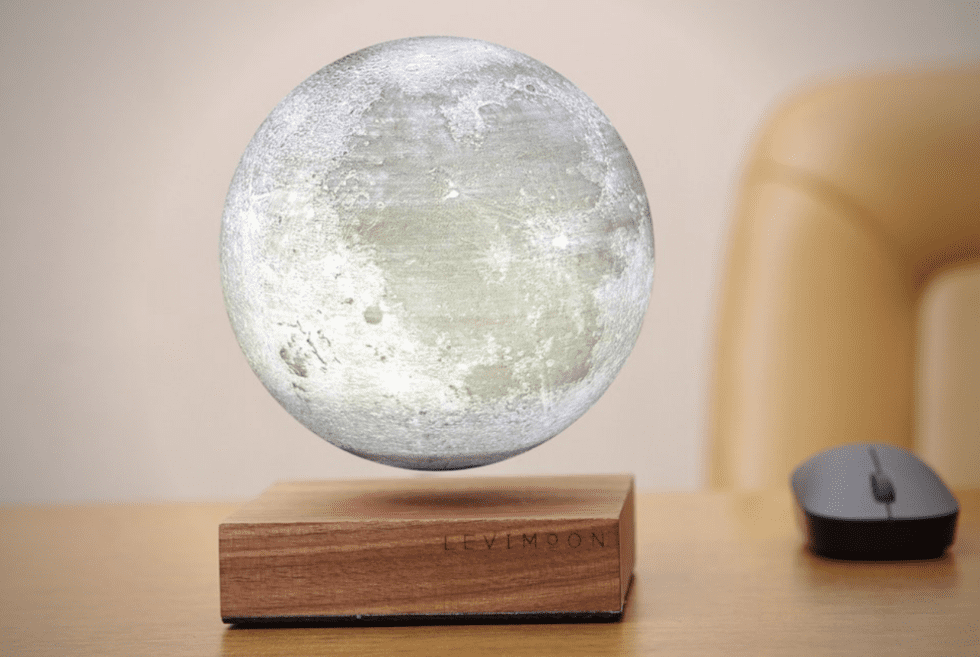 Levimoon: The Moon On Your Bedside Table

Look at your bedside table now. Or if you’re not in bed, imagine what it looks like. Your keys are probably on it. A wireless charger is propped up on top of some nonfiction paperbacks. There’s a ceramic cat figurine. A water bottle. Most importantly, a lamp.

But it’s just the average, everyday lamp, we bet. It’s not like the Coocepts’ Levimoon, which puts a ultra-realistic replica of the moon right on your bedside table. It levitates, too, just so you know. And rotates. And lights up in mid-air. It’s probably to coolest lamp you’ll ever see.

The Levimoon is attached to a base made from walnut wood, while the moon itself is a 3D printed PLA replica complete with surface detailing. It boasts its own internal lighting system care of LED lights and a 1,500mAh battery within. Through its special levitating base, the Levimoon is able to hover in mid-air.

So how, you wonder, does it light up when it’s not attached to anything?

Well, the base also acts as a contactless charger for the battery inside the moon, which in turn powers the entire lighting system. There’s a built-in switch for turning the light on or off, and you can even hold your finger against the switch to adjust its brightness. At the lowest setting, you’re looking at about 100 hours of illumination, which drops down to just 10 at maximum brightness.

The James Brand Redstone Is Designed For All Adventure

The James Brand The Carter XL comes in a longer blade and handle but retains most of the originals' durable and husband form, construction, and function.