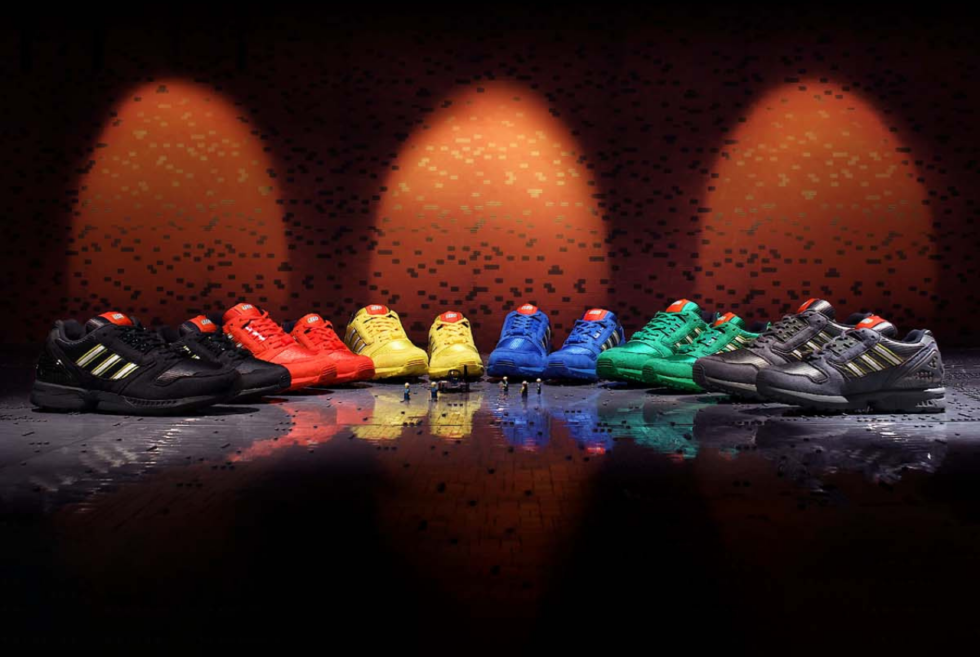 Among the toys that encourage creativity and teamwork, LEGO it is almost impossible not to think about LEGO. Meanwhile, for sports apparel and footwear, Adidas is one of the world’s top brands. So, what do we get when both parties come together? If you guessed limited-edition kicks, jackpot! This year, we are getting the ZX 8000 Bricks collection, which will be available in six colorways.

This is a follow-up to the 2020 release of the A-ZX collaboration between the two. While there are a fair share of fans who love the vibrant mix of colors, others find it too obnoxious. For those who side with the latter, there’s no need to worry because Adidas is sticking to a more uniform profile for each of the variants.

A press release from LEGO reads: “Bringing the globally renowned Danish brand’s signature aesthetics to one of adidas’ most iconic silhouettes, the collection marks the next stage in a partnership inspired by limitless creativity.”

For its launch, the toy company once again shares a stop-motion video that introduces the ZX 8000 Bricks. In fact, if not for the Adidas elements at the beginning, you could easily mistake it for another sequel to The LEGO Movie.

It involves another stop-motion clip wherein Minifigures build and paint the silhouette of the shoe. In the end, it passes through a conveyor belt and then through a machine that turns it into a blue version of the ZX 8000 Bricks. You can get it in adult and junior sizing with all six variants based on the primary LEGO colors.

There’s blue, green, yellow, black, gray, and green. The upper is a mix of mesh textiles and synthetic suede. Adidas says the rest of the materials on the ZX 8000 Bricks are the same as the original release. What makes it unique is the TPU heel counter that bears the shape of the studs on a LEGO brick. 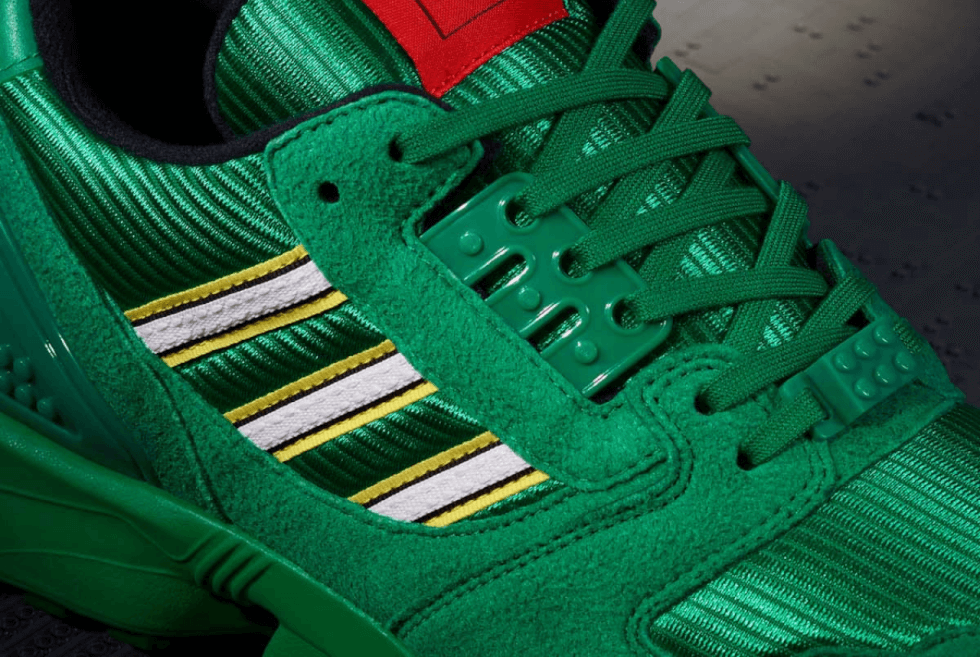 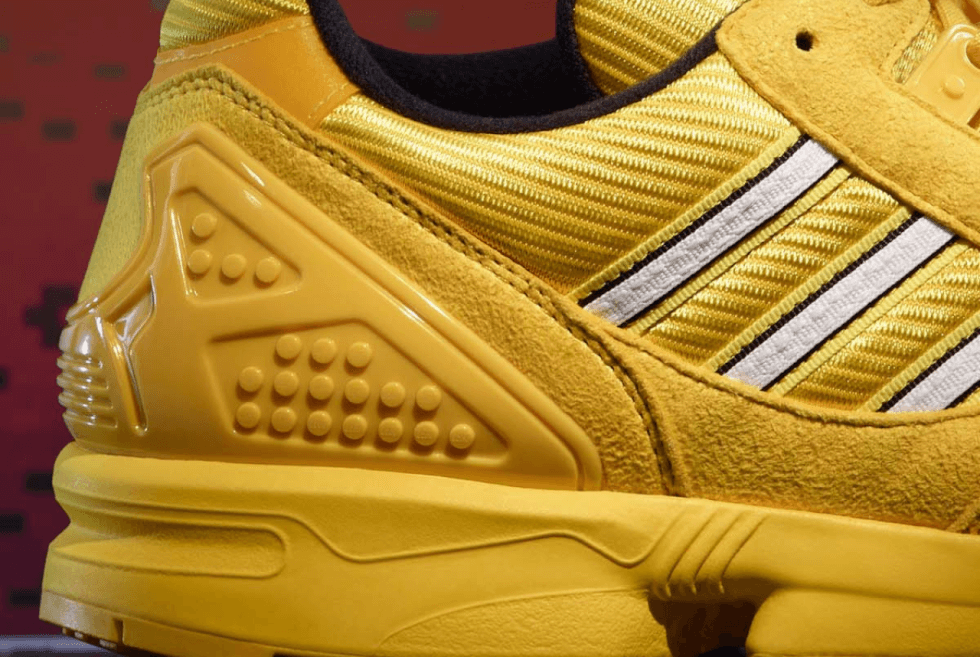 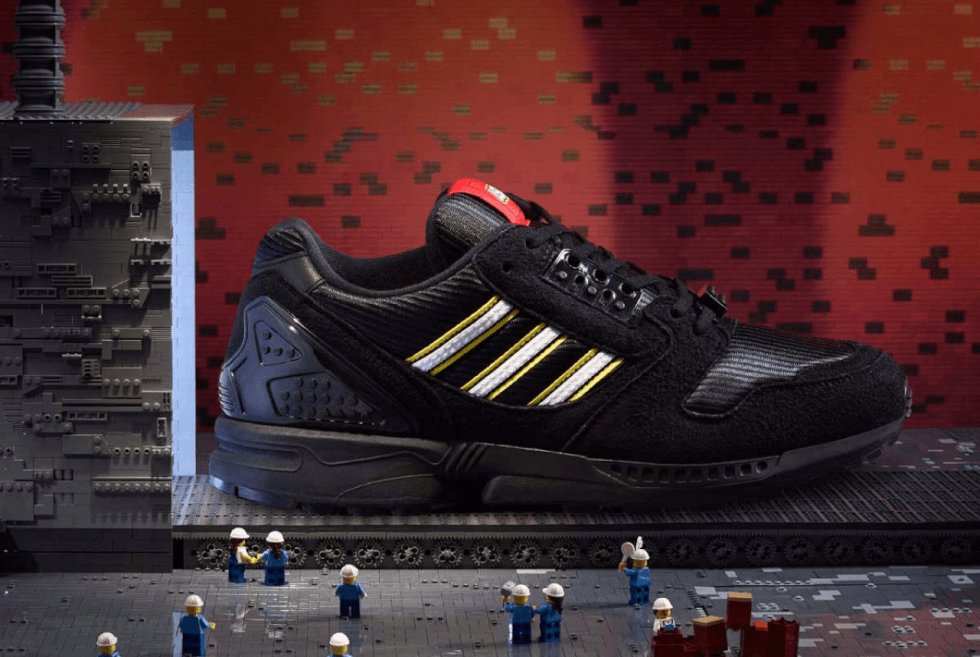 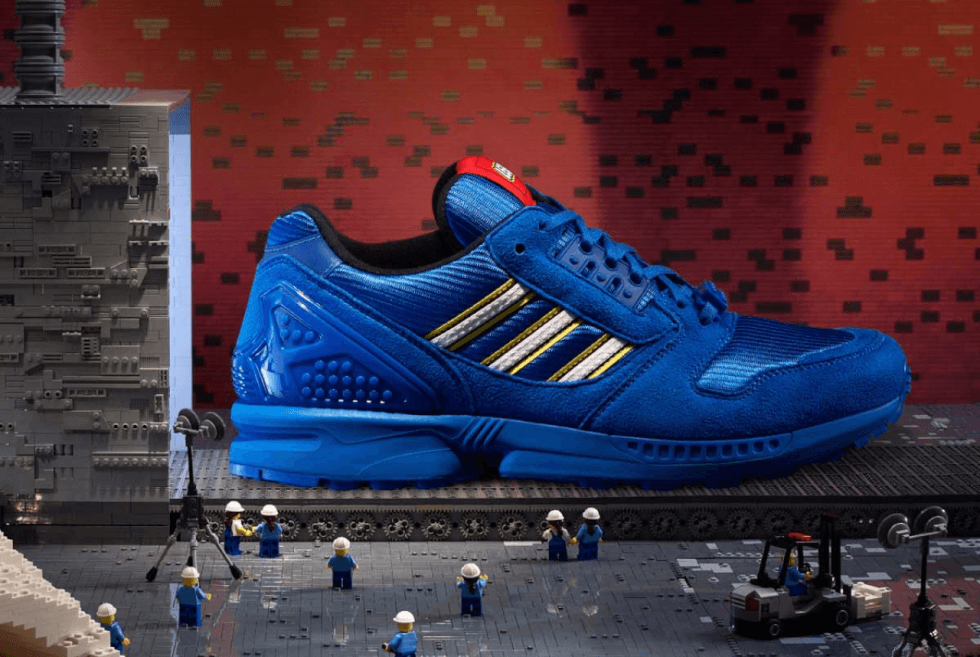 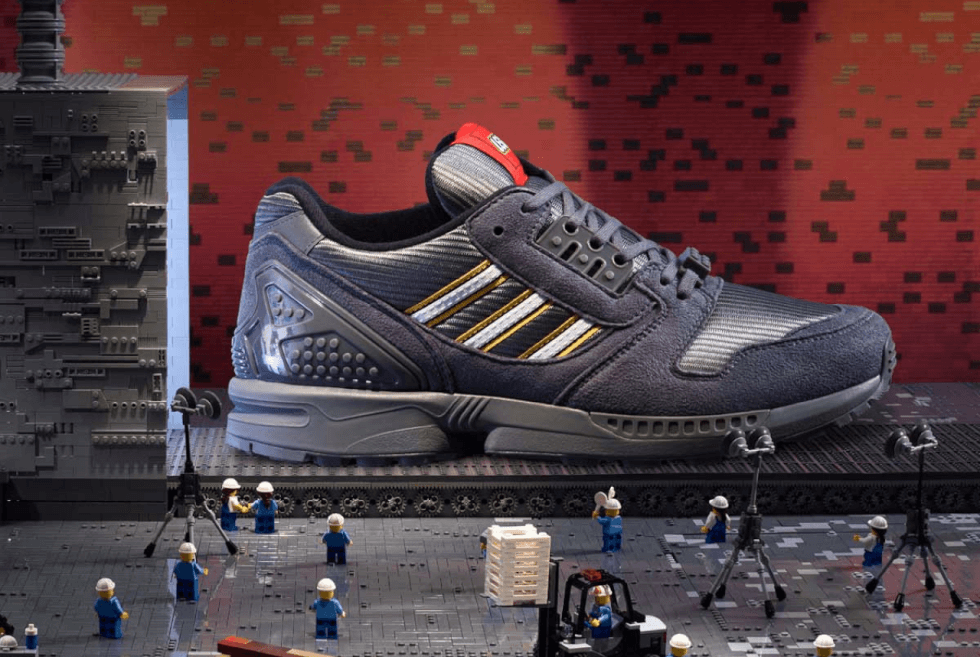 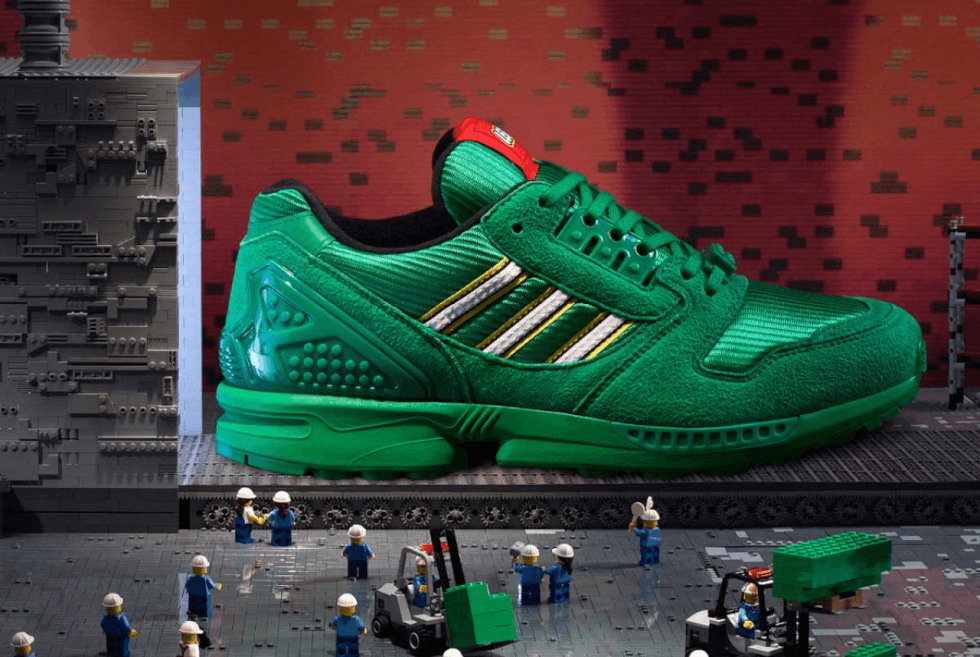 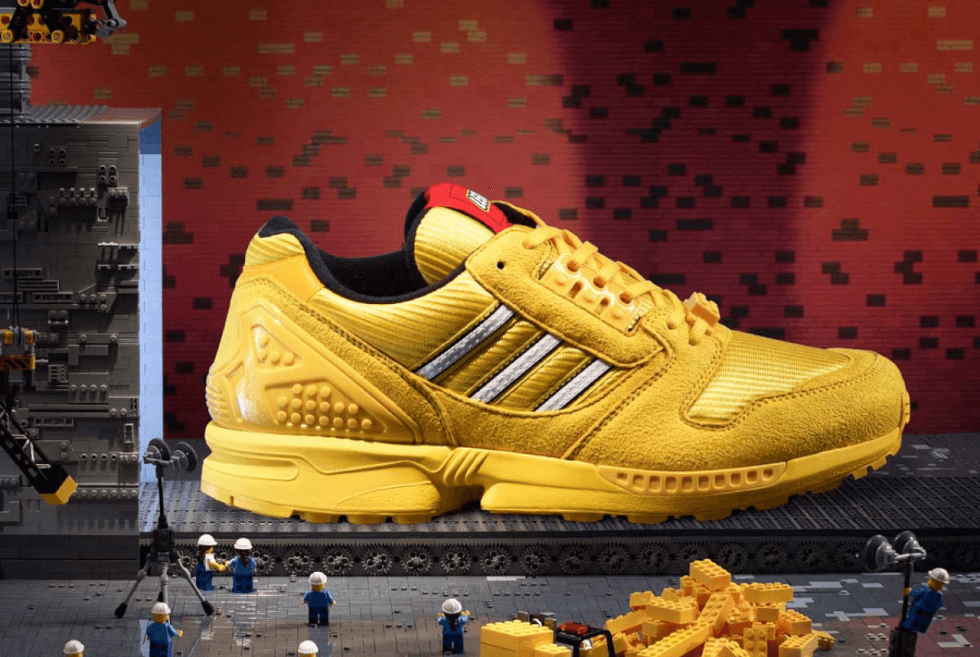 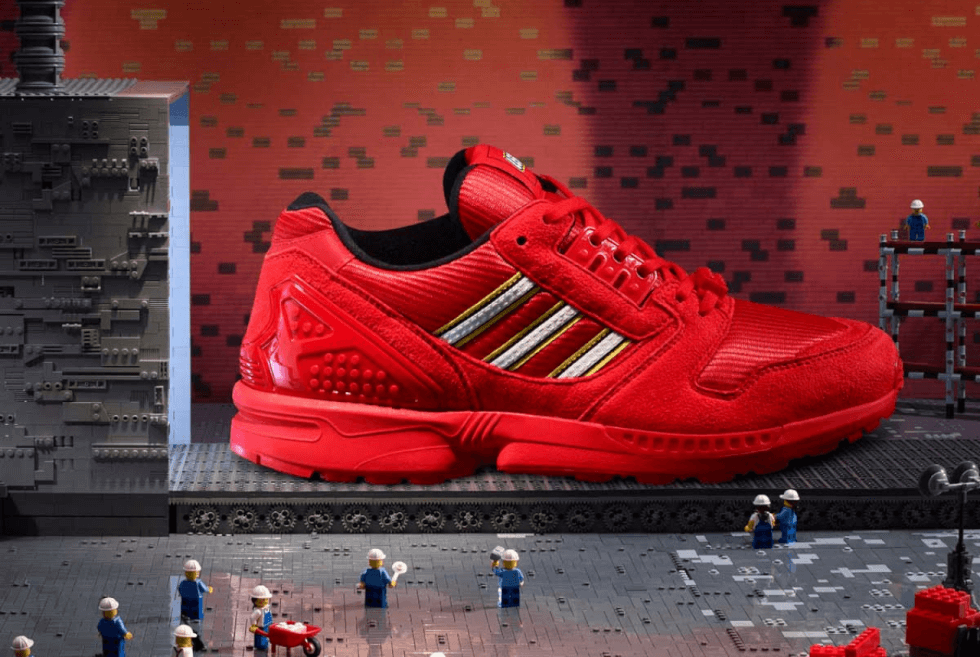 The Swiss-made Ianos Mihanikos is one of the more understated yet striking timekeeping instruments you can buy right now.