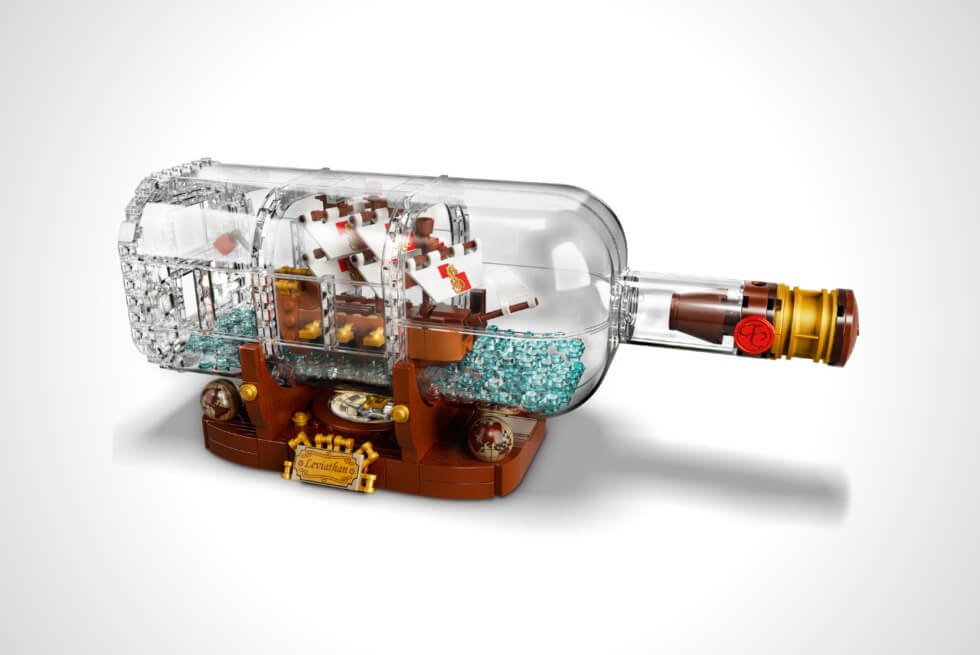 Among the hobbies of the past that remain fascinating until today, impossible bottles rank quite high on the list. It almost seems magical how people are able to put an object inside that wouldn’t fit the small opening in the first place. LEGO gives us a chance to duplicate the process, albeit with its signature system of plastic bricks. Check out the Ship in a Bottle kit.

As we said before, the Danish toymaker’s IDEAS initiative is absolutely awesome. It gives brick-building fans a chance to submit their original creations for people to vote for. Entries that garner 10,000 votes or more from the community eventually turn into commercially available sets.

This Ship in a Bottle was once a submission by Jake “JakeSadovich77” Sadovich. Can you imagine how cool it would be to see your entry become an official retail model? We’re sure he’s already beyond euphoric now that his work is now a 962-piece SKU under the IDEAS lineup.

As the name suggests, you get to build everything out of the interconnecting plastic parts. Unlike the real thing, you can assemble everything including the container and even the cork. As with any Ship in a Bottle project, the details of the item within matter.

The LEGO IDEAS Ship in a Bottle even includes a buildable display stand to complete its nautical flair. It comes with a “Leviathan” nameplate, a non-functioning compass, and globe elements. This would make an attention-grabbing décor to any space in your home or office. 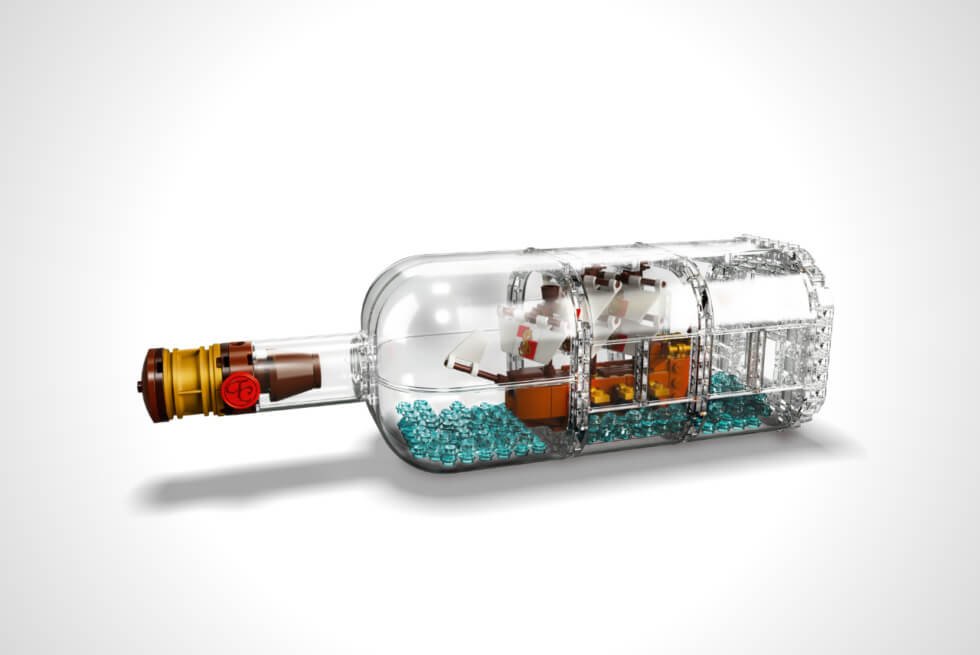 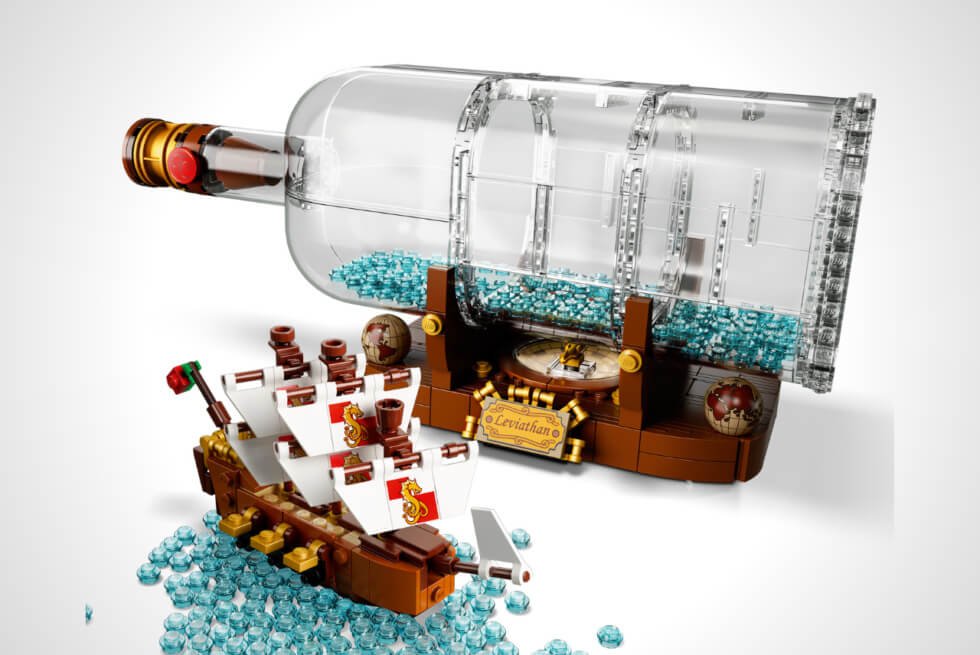 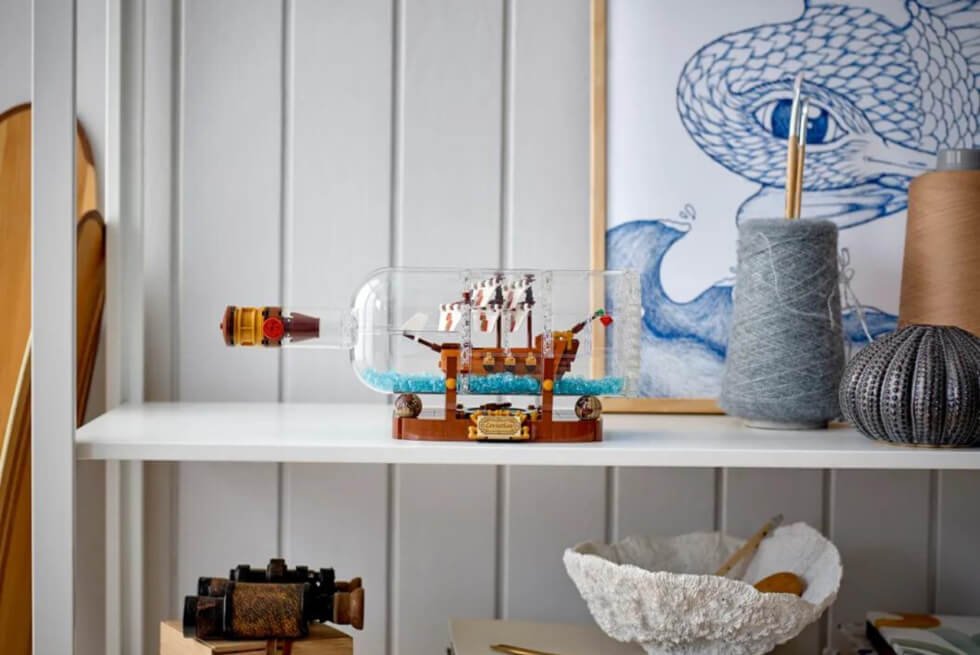 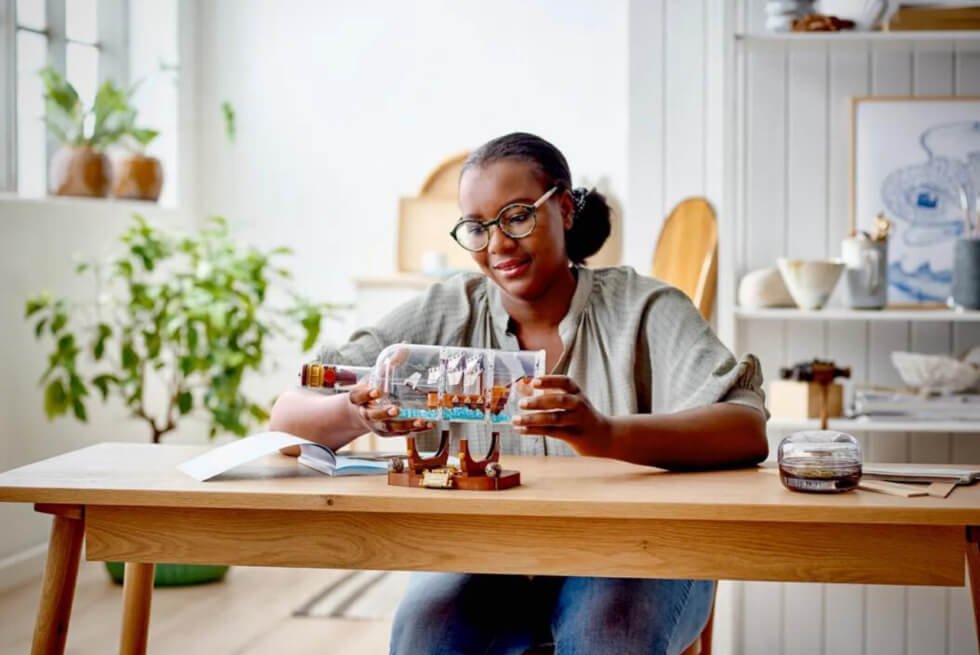 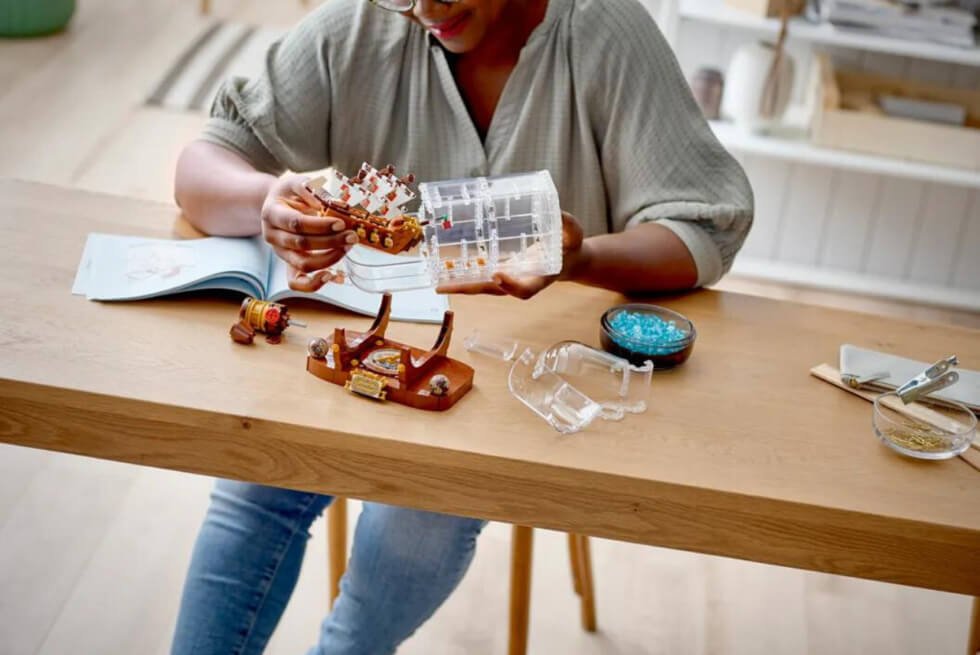 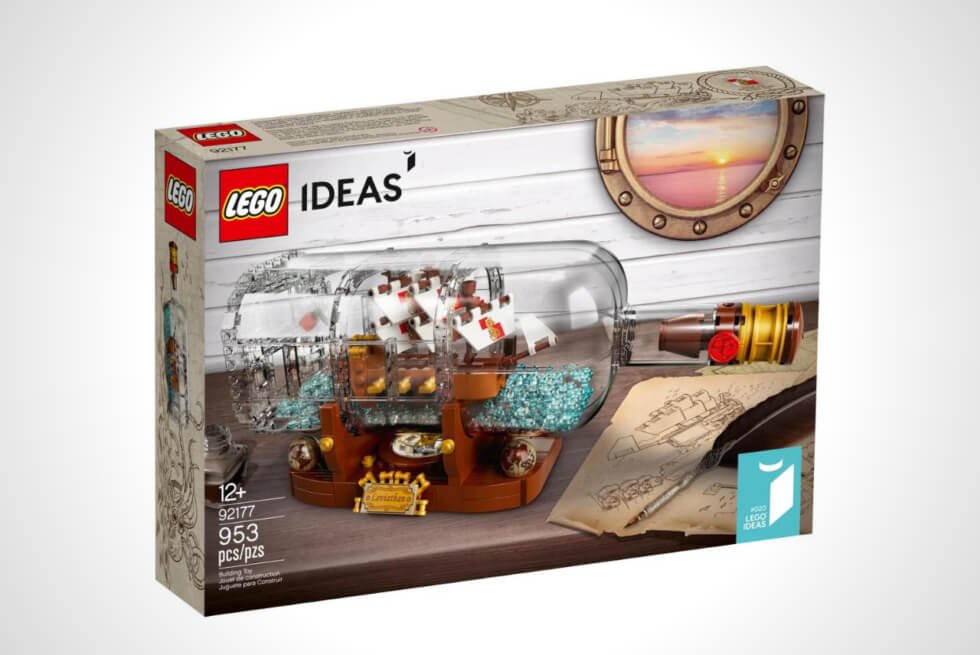 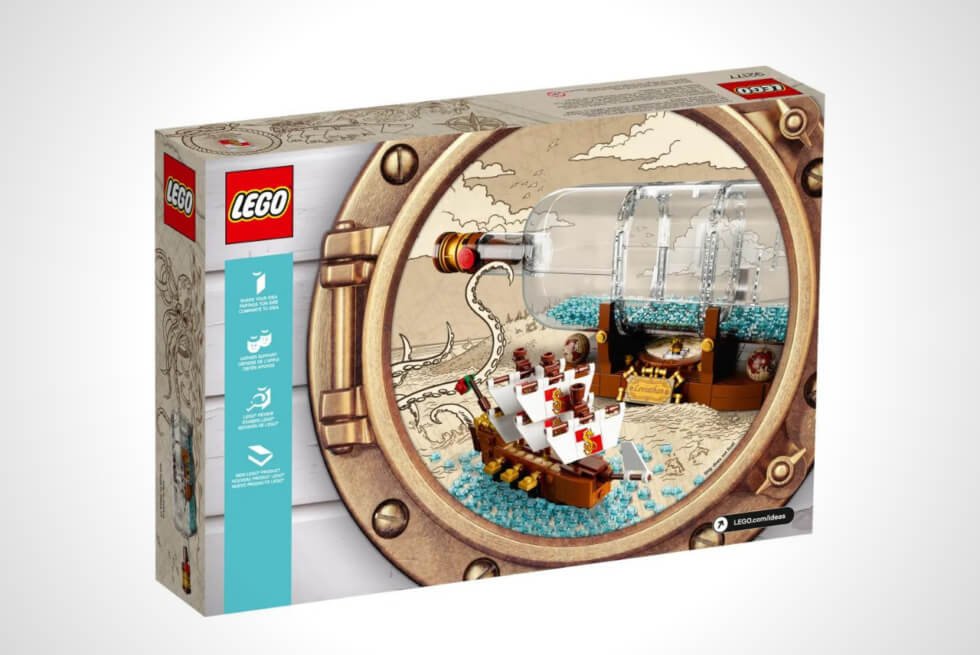