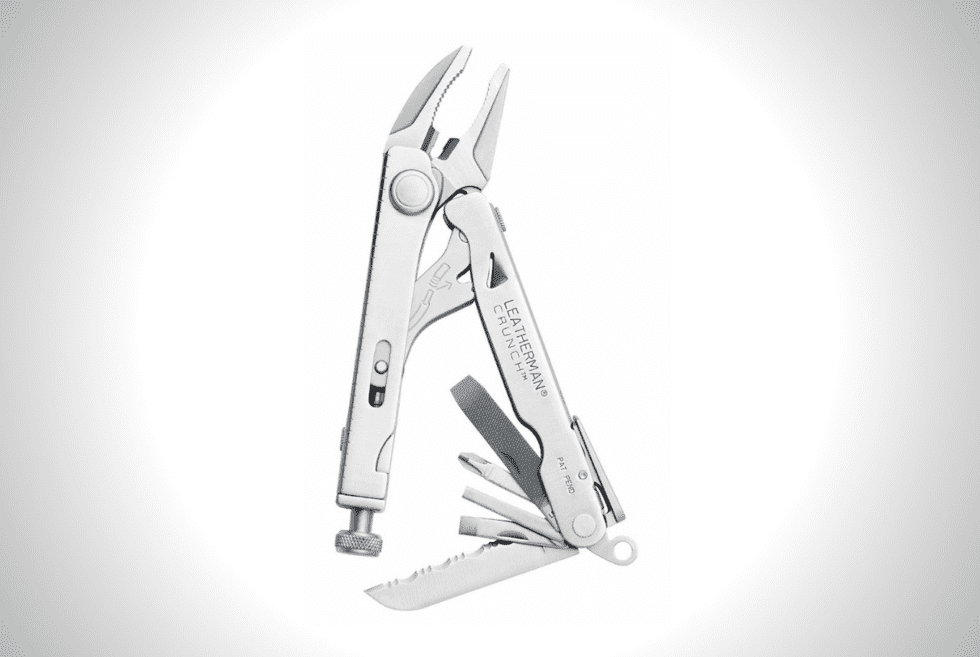 If you’re looking for buy-it-for-life pliers, don’t sleep on this. This is exactly what you should be set with. Named the Leatherman Crunch, this ultra-utilitarian multi-tool earns its name gloriously. By bundling a set of useful secondary tools, it becomes the ultimate Vise-Grip-style locking pliers, and then some.

And compared to all the other locking pliers multi-tools, the Leatherman Crunch is easily the most compact and portable when folded up. It’s hard to believe something so small can pack this much punch. The Crunch is smaller and narrower than the Leatherman Wave, but don’t mistake that as a flaw even for one second. It simply means that alongside being a great all-around multi-tool, it’s also an excellent EDC companion.

We should note that this a highly specialized tool. Which means you might some of its additions a bit frivolous, if not downright useless. In any case, there’s a serrated blade, a few screwdrivers, a bottle opener, and a file. You should think twice about shelling out for this one if you’re not big on anything that involves pliers. If, however, your line of work demands it, then the Leatherman Crunch is a worthwhile and excellent bang for your buck.

It’s also one of the only few pliers in the world in which the pliers actually look. Some others claim to be able to do exactly that, but usually fall short. This one passes with flying colors, making it one of, if not the best pliers out there.