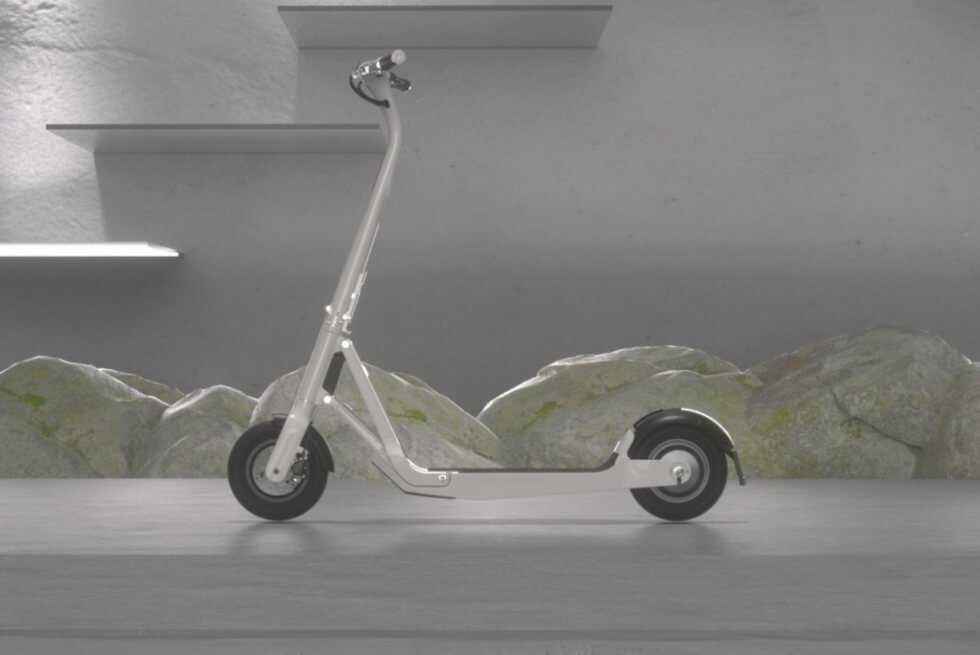 McLaren designs and engineers some of the world’s most sought-after high-performance cars. As such, the automotive scene is always eager to learn about what it has under wraps. In a totally unexpected move, the company announces a new venture under the LAVOIE label. For its first product, we have the Series 1 electric scooter.

This will surprise a lot of folks, but with the way things are in the past few years, the two-wheeler is a great addition to its portfolio. So as not to confuse the existing clientele of its vehicles, its eco-friendly personal mobility project is designated as a subsidiary instead.

With so many options out there, LAVOIE teases a cool feature to help it stand out. Electric scooters are quickly becoming the urban commuter’s choice of transport. These machines rely on clean energy, are virtually silent, and are compact enough to carry around. The Series 1 takes the latter one step further.

The majority of manufacturers these days integrate a folding mechanism that reduces the physical footprint of their rides. Although LAVOIE’s approach is something similar in a way, The Series 1 adds another hinge which bends slightly higher above the stem.

Dubbed the Flowfold, this patented system makes it even more practical to switch to an e-scooter. The Series 1 uses a full magnesium frame which keeps it lightweight at only 36 lbs. A full charge of its battery should be enough for up to 31 miles.

For additional safety, LAVOIE outfits the electric scooter with a triangular headlight, brake light, and side lights. The illumination keeps you visible to other motorists at night. A wide deck provides stable footing, while disc brakes allow you to stop on a dime.