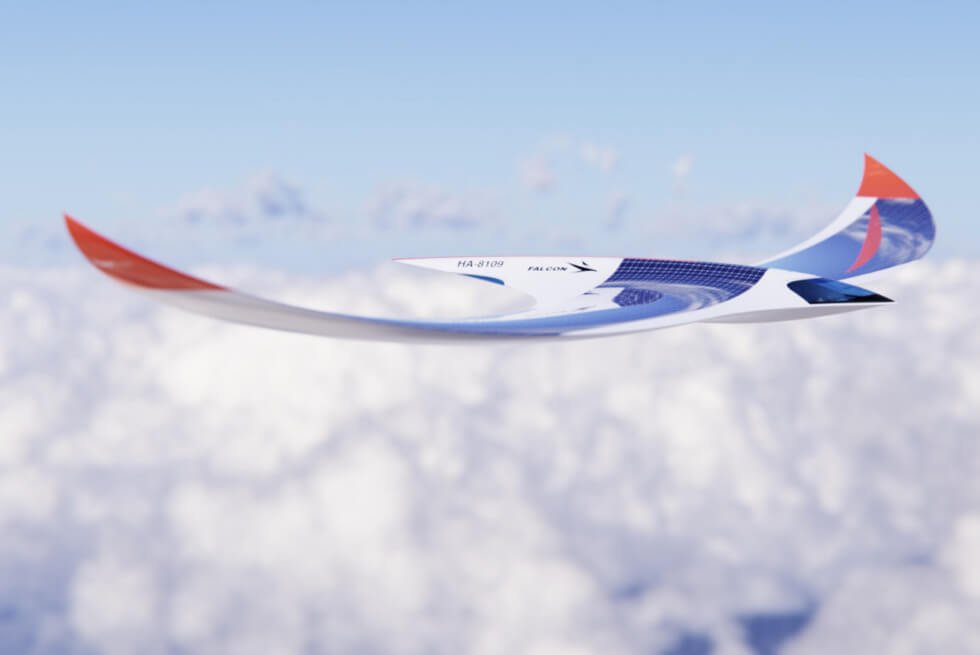 Before the first plane flew, people always envied how birds effortlessly just take to the skies. Mother nature is considered a remarkable muse that can present ideas for us to attempt and turn into reality. Lasky Design unveils the FALCON SOLAR as the potential future of sustainable flight. This concept captures the imagination with its outline.

The studio’s founder Laszlo Nemeth attempts to embody the silhouette of large birds of prey. He states, “even nowadays, nature’s iteration of shapes can be a good inspiration for design and help development with almost perfectly harmonious proportions such as golden ratio.”

Instead of your typical cylindrical fuselage, the FALCON SOLAR goes for a flying wing design. this form factor is what you typically see on the B-2 Spirit and F-117 Nighthawk. However, instead of a delta configuration, it goes for a wing akin to that of its namesake.

The FALCON SOLAR “is a concept design for a solar-powered aircraft, capable of solar flight with zero emission thanks to its large wing area,” according to the official page. “The design breaks with conventional aircraft design and uses the advantage of flying wings.”

Its wide surface area allows the manufacturer to integrate more photovoltaic panels on top of the wings. These also gradually taper to a sharp point that curves upward. Details surrounding the FALCON SOLAR’s propulsion are not yet available.

Nevertheless, the absence of any propellers makes us wonder how the aircraft will generate thrust. In fact, it looks more like a glider at this point in time. Perhaps Lasky Design is still in the process of figuring out the best eco-friendly system for the FALCON SOLAR. 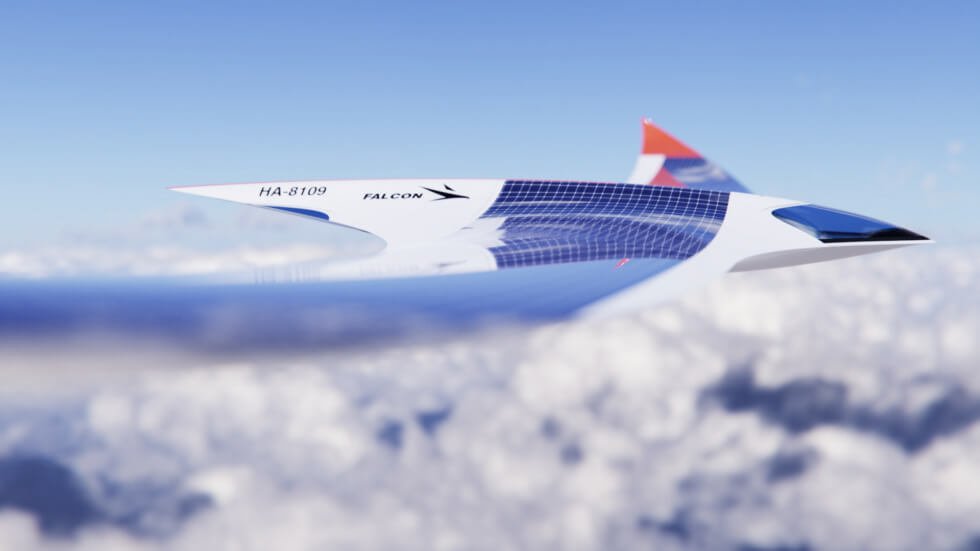 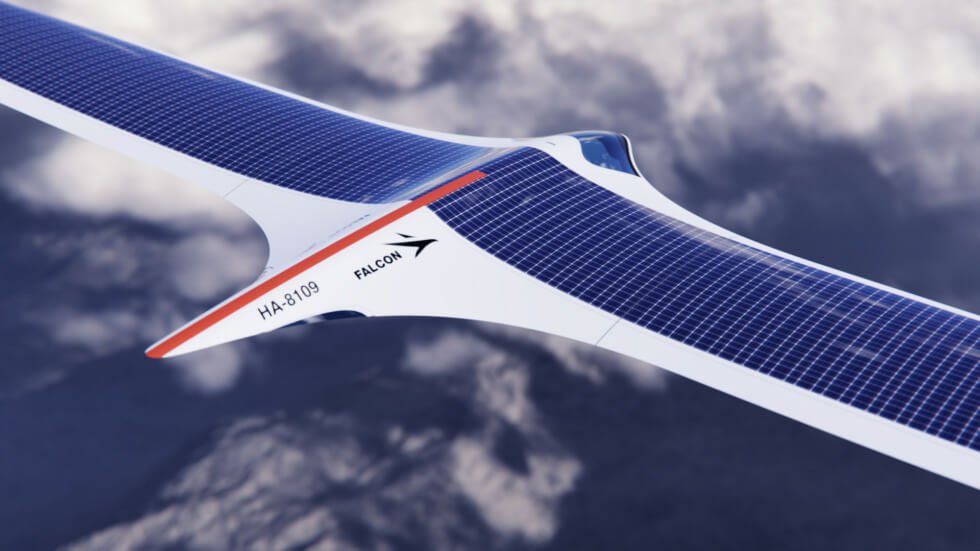 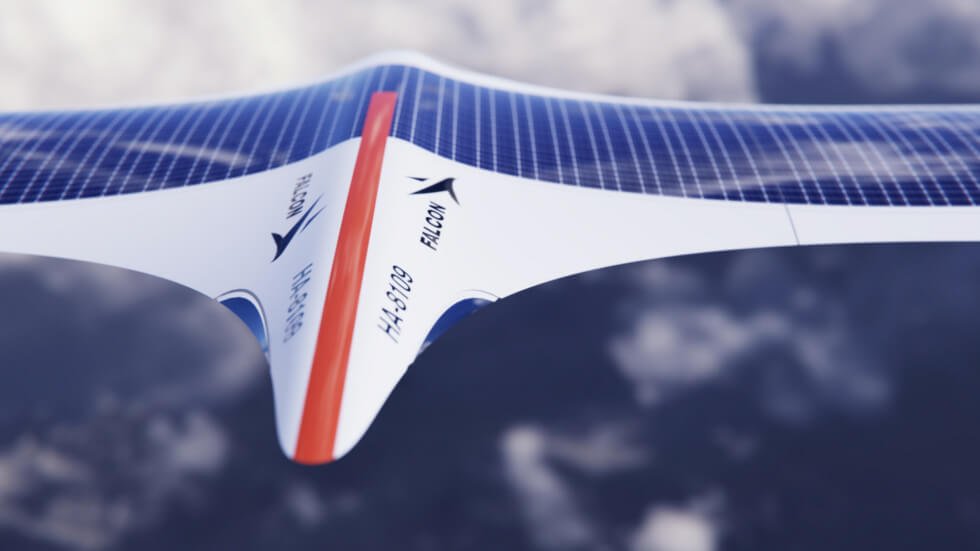 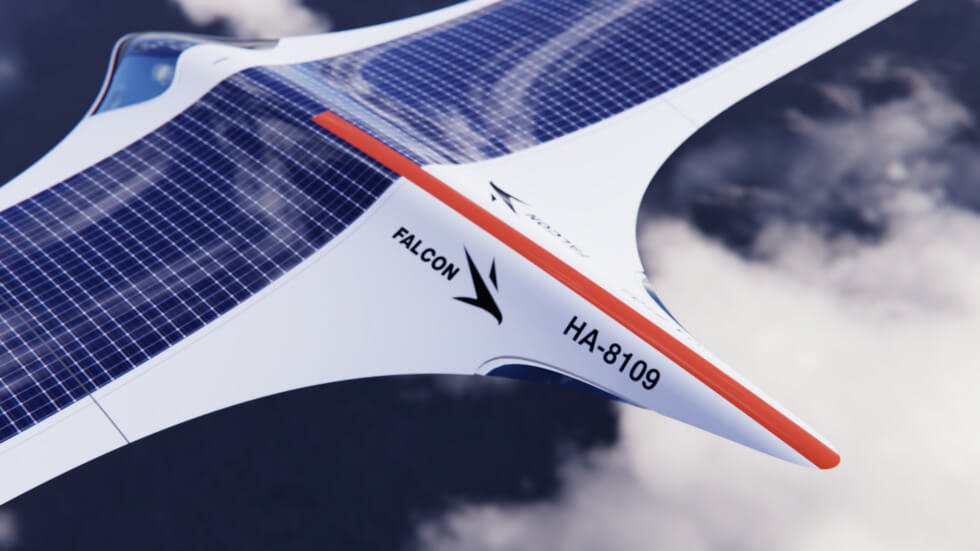 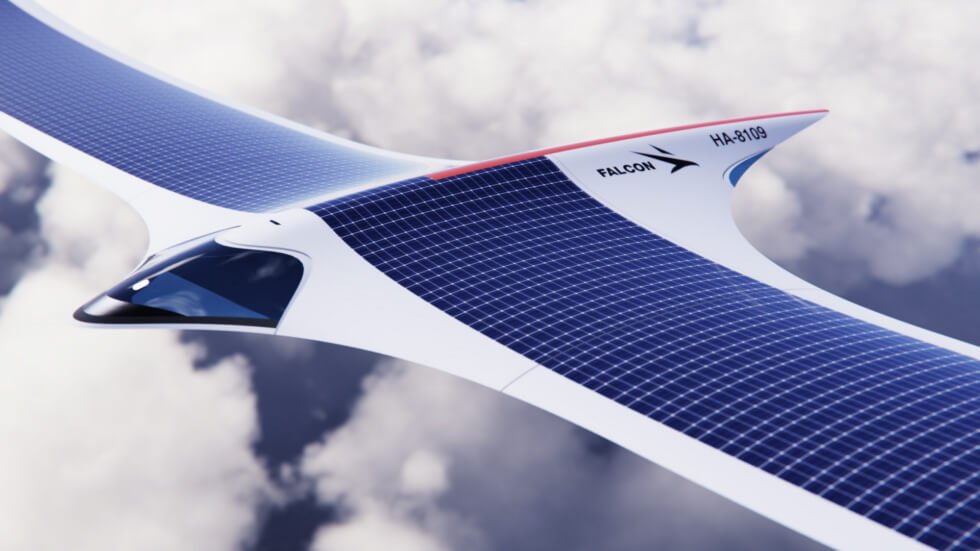 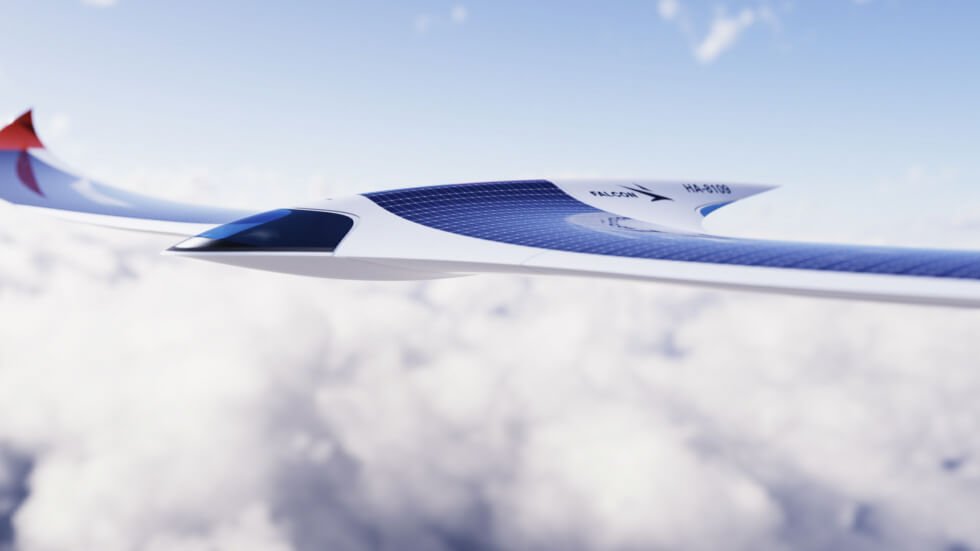 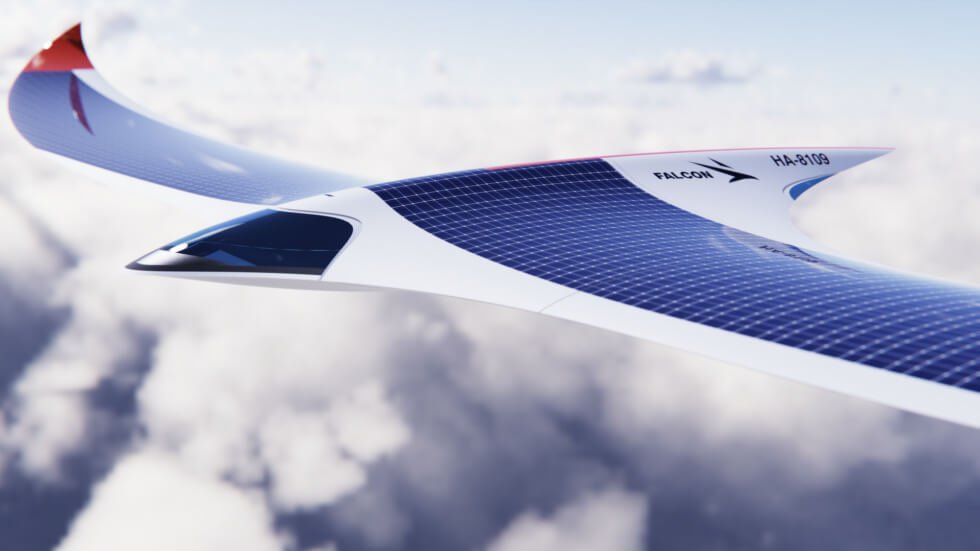 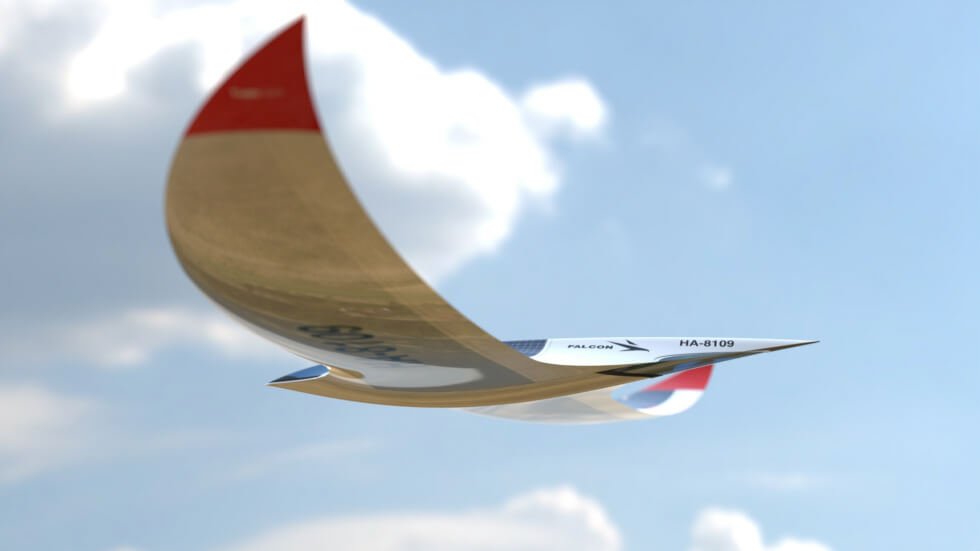 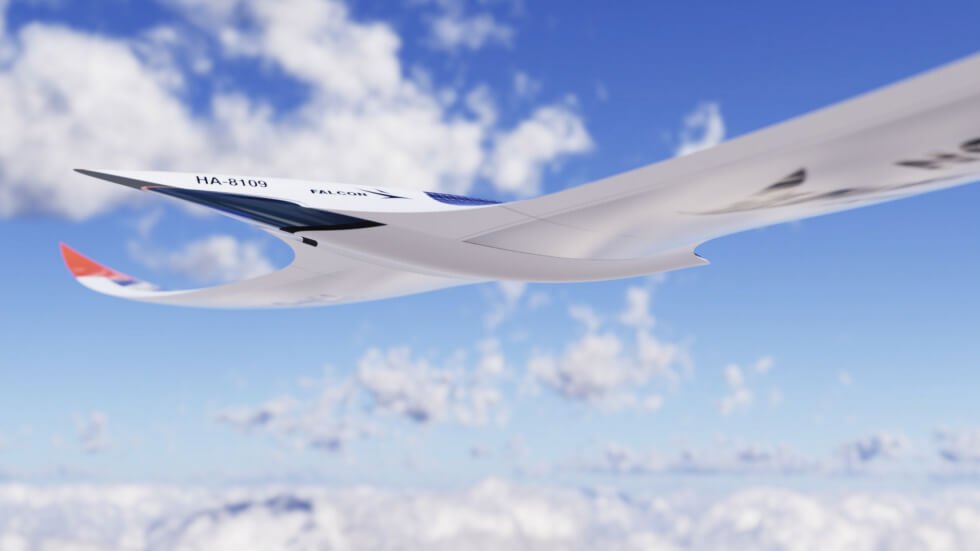 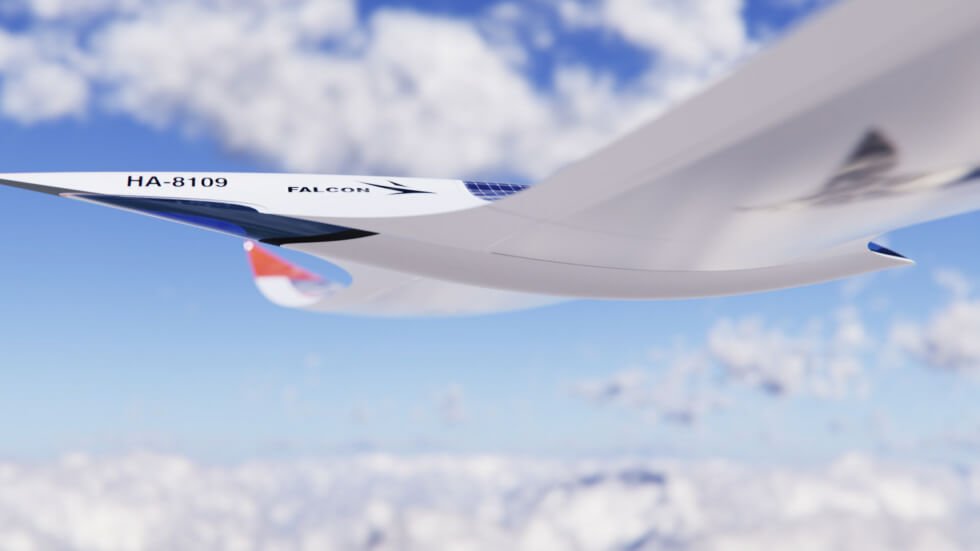 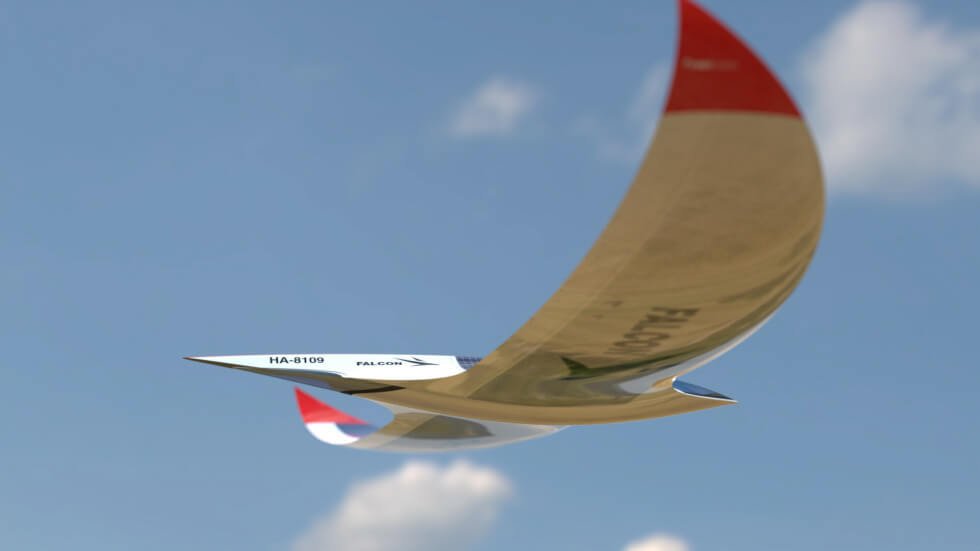 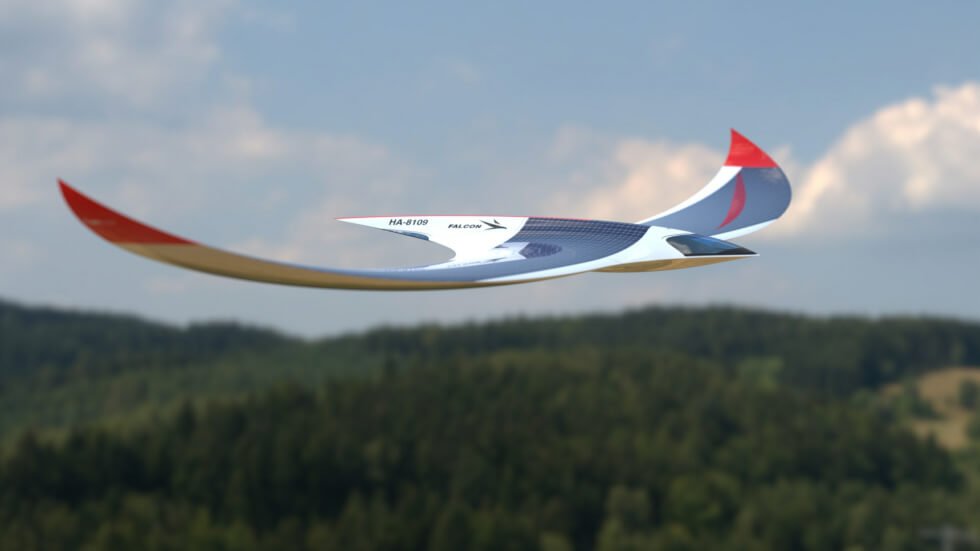