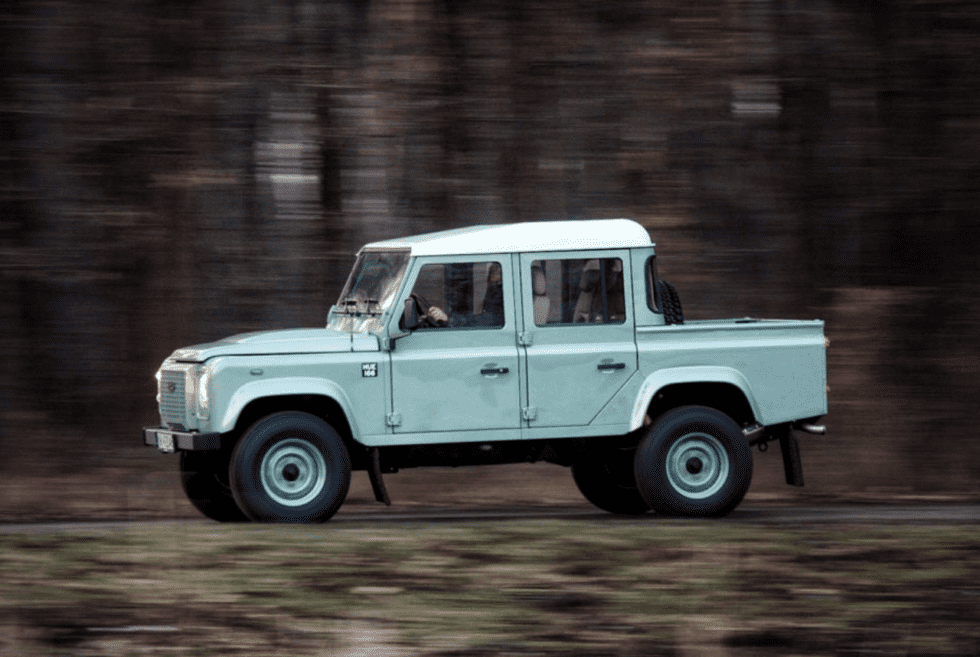 Land Rover ended production of its Land Rover Defender series on January 2016, and the umbrage has not stopped since. Consider Land Serwis one of the many umbrage-takers, but one who’s actually doing something about it.

Land Serwis’ first official showcase is a fully rebuilt and restored 2019 Defender Heritage Limited Edition crew cab pickup. The company says it’s one of only four to have original tooling and plans for parts and spares.

Still, it wants to make a variant better than the original. Which is why it uses laser-cut frame members that are from one to six millimeters thicker than the steel Land Rover originally used. And instead of lacquering the frames as Land Rover did, Land Serwis uses hot galvanization. That should make the frame “virtually eternal,” according to Land Serwis head Piotr Kowal.

The clearest advantage to having a car’s original plans is being able to customize it the way a person wants. If they want a different engine, Land Serwis can make modifications before laser-cutting. The same goes for “changes into chassis construction, reinforcements, handles, etc.,” says Kowal. This is possible with the 90, 110, and 130 wheelbases. THose who bring him their identification and a set of Defender license plates can even ask Land Serwis to recreate their truck from scratch.

As for the interior, you get brown eco-leather seating, custom carpeting and headliner, and mild bedliner-wrapped metal parts. Land Serwis also threw in Dynamat Xtreme and acoustic matting, which should make for quieter rides. The car also features powered windows. Heating comes from a Webasto Air Top 200 ST. Hit the link below to find out more. 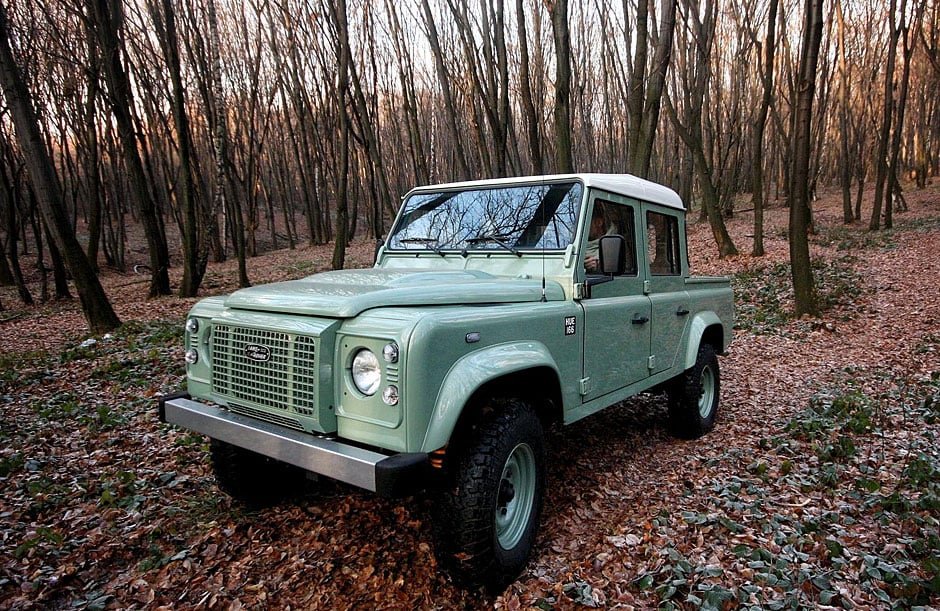 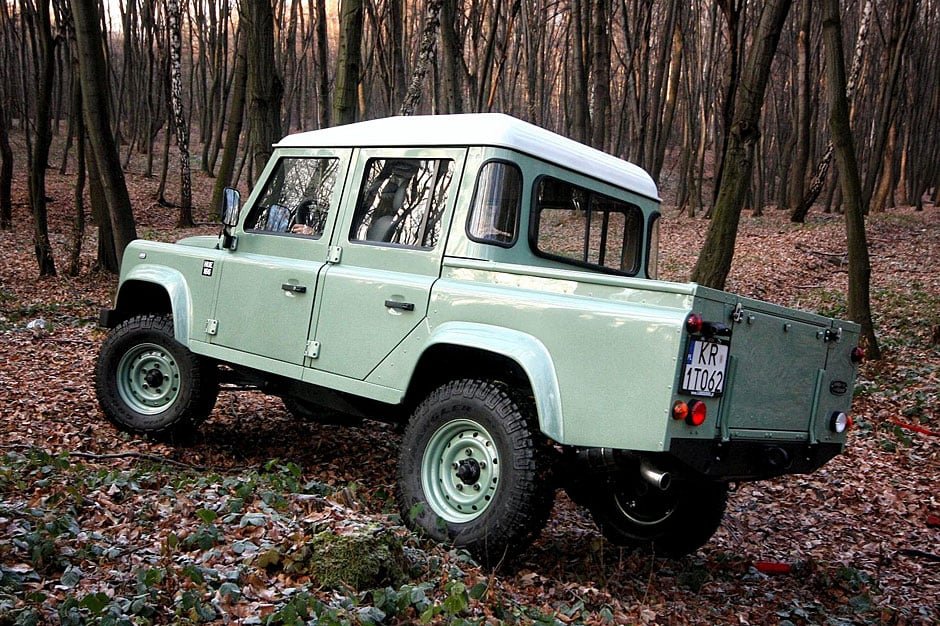 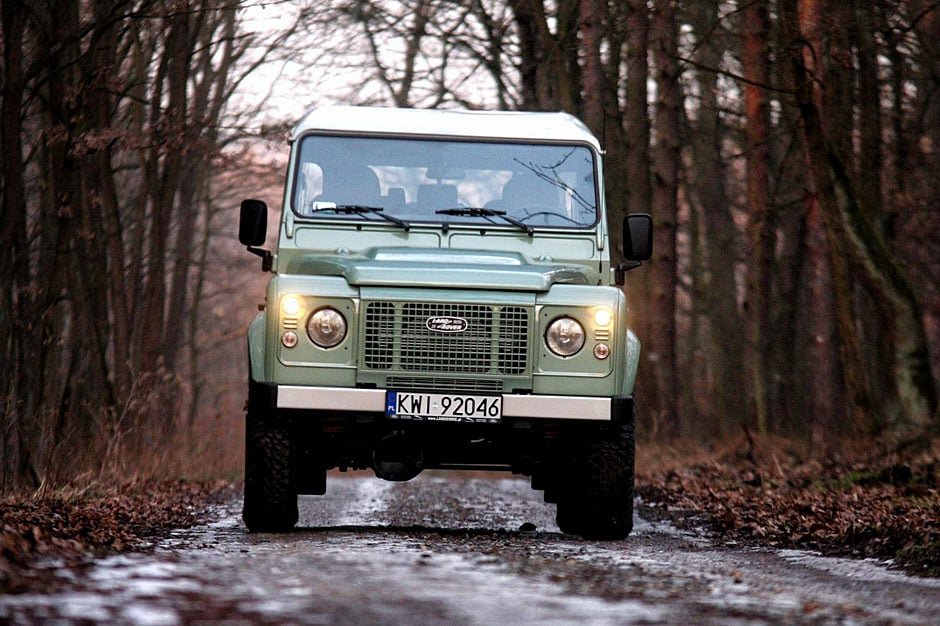 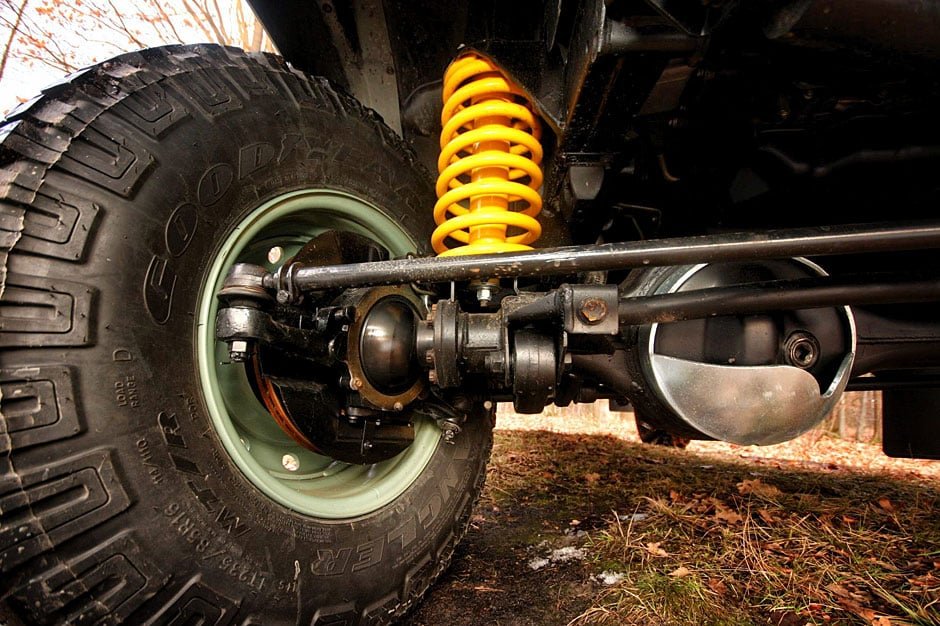 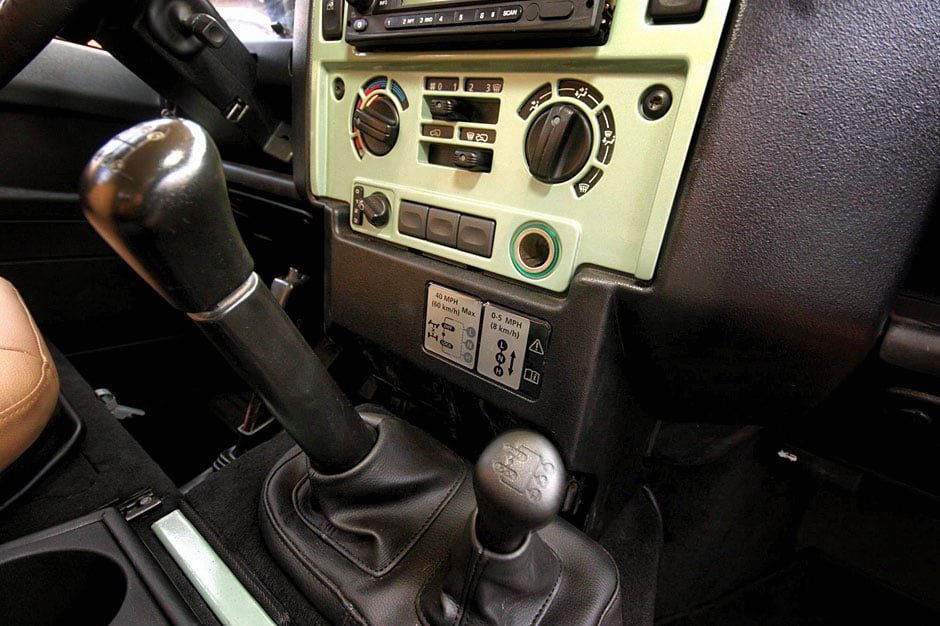 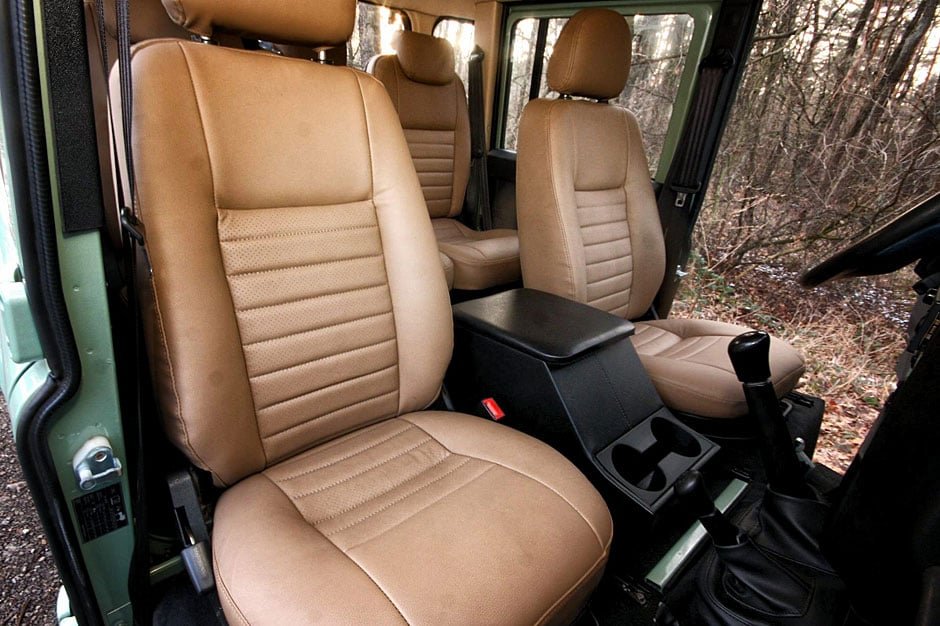 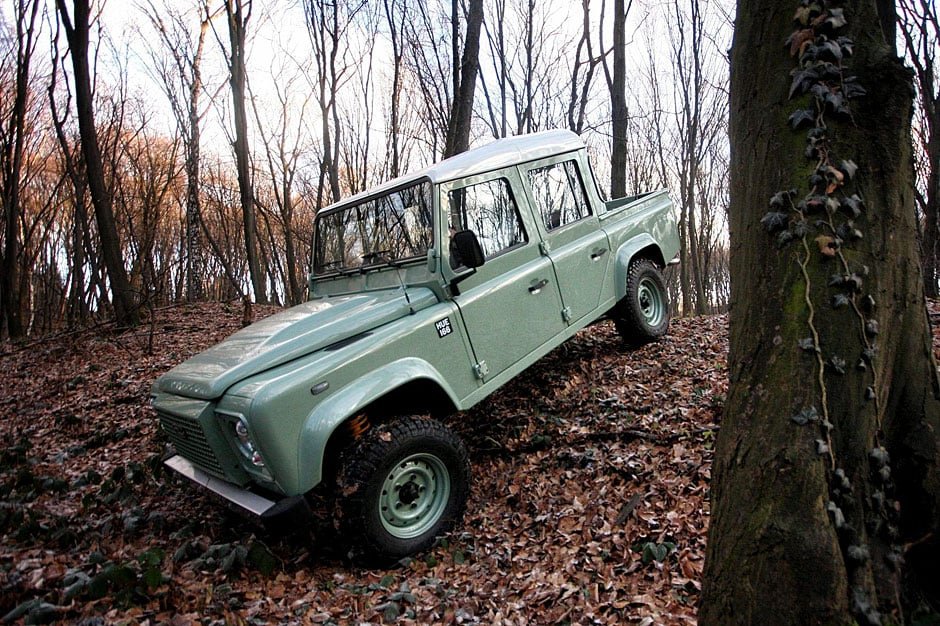