It must be so cool for automotive designers to work for leading marques that can put their ideas into working concepts. Even cooler is when these ideas end up headlining expos as the company’s next big thing. Others are not so lucky, but digital design platforms can often make the impossible possible, which is why we have this stunning Delta S4.

We all have our favorite type of motorsport. Formula 1 is probably what most of you are into, but back then, the World Rally Championship was just as huge. Part of the appeal here are the vehicles driven by insanely skilled drivers. Although modifications are allowed, these remain street legal.

Lancia’s Delta S4 becomes the muse of Dmitry Mazurkevich’s mechanical masterpiece, and we know why. It was one of several machines that raced under Group B regulations. For those wondering, this allowed manufacturers to push performance to the absolute limit.

It’s clear the designer is big a fan of the classic as his renders show a familiar silhouette. Nonetheless, he also adds some tweaks to match what modern rally cars are capable of. The engine, transmission, and chassis are intact, but it now touts a custom body kit.

Originally, the actual racer’s output was about 483 horsepower. Mazurkevich, on the other hand, intends to go big or go home. His Lancia Delta S4 concept uses a Volumex supercharger alongside a KKK turbocharger which combines for a total of approximately 1,000 horsepower.

Making contact with dynamic surfaces of each course are wheels shod in Pirelli P Zero Trofeo tires. This Lancia Delta S4 is likewise ready with Brembo brakes to contain all that raw power. Overall, this project would have been doable with enough resources.

Discover more of his work 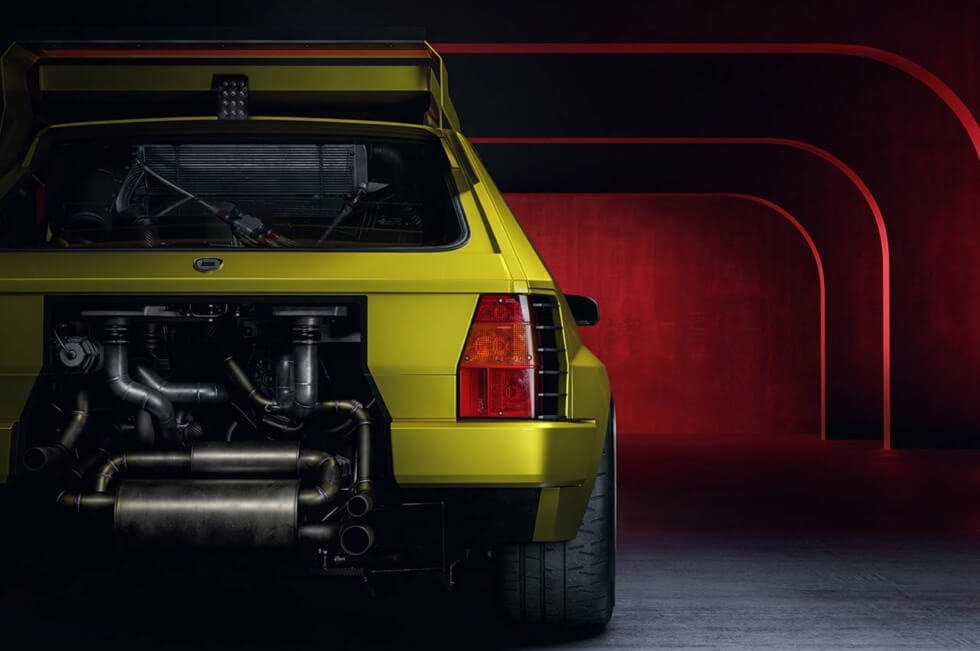