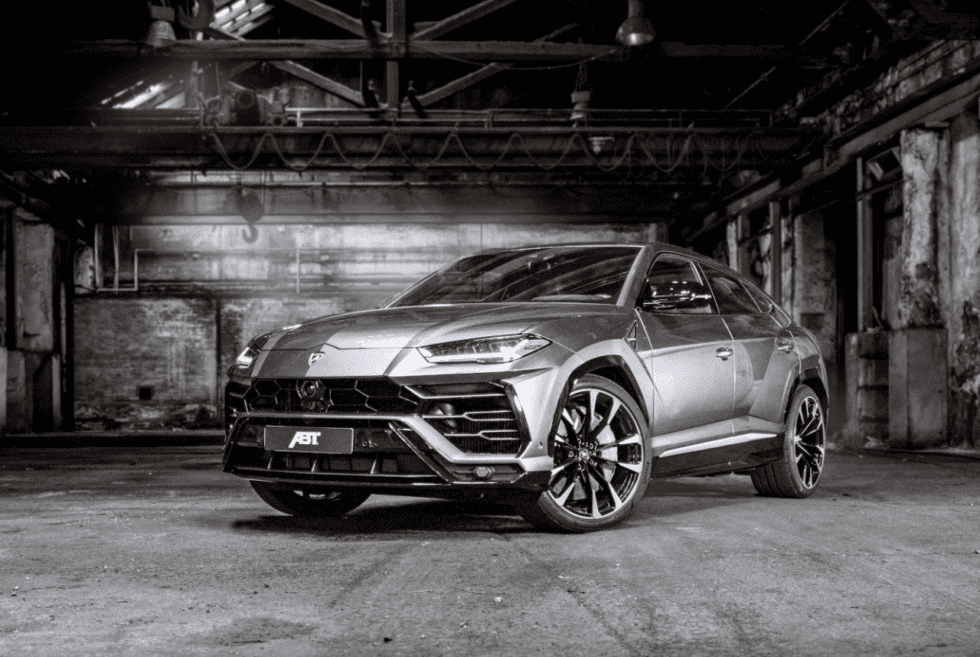 High-performance carmakers all constantly compete to release top-tier rides that will stand out. However, this usually floods the market with supercars and hypercars that speed-loving consumers will quickly snap up. Once in a while, something unique rolls out the factory that becomes a sensation of its own. In 2017, Lamborghini made a bold move and unveiled a modern SUV. This was the second unusual departure for the brand following the release of the LM002. Now the ABT racing team is taking the latest model and creating the Lamborghini Urus ABT Sportsline model.

As expected from the group, it will be tweaking the stock version with a whirlwind of upgrades. The goal to push the high-end SUV further up the ladder. Perhaps their ultimate goal is to unlock all of the hidden potentials within the Urus. The group will be tuning the engine control unit (ECU) of the 4-liter twin-turbo V8 to add another 59 horsepower and 44 lb-ft of torque. This pushes the total output up to 710 horsepower with 671 lb-ft of torque.

We’re looking at a top speed of 189.5 miles per hour and a 0-60 mph time of 3.4 seconds. This is not the first tuning job available for the Italian SUV. Earlier this year, in preparation for a one-make rallycross event, the Lamborghini Urus ST-X concept caught us by surprise. Instead of messing around with its engine, engineers are substituting some of its metal parts with carbon fiber instead. The process will reportedly reduce its overall weight by 25 percent. However, we’ll gladly choose the Lamborghini Urus ABT Sportsline upgrade over the former.

Images courtesy of ABT Sportsline