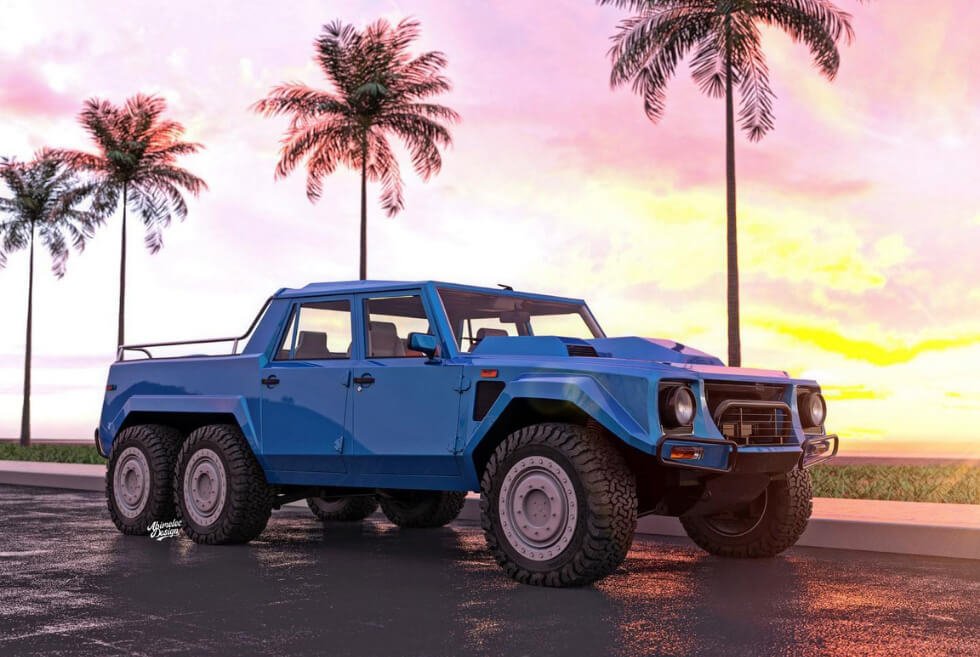 When 4×4 machines are too tame for your tastes, and you also prefer something from a marque with a pedigree for supercars, then keep reading. It just so happens that this next concept packs everything from the previously noted criteria. This is the Lamborghini LM002 6×6 as envisioned by Abimelec Arellano and its appeal might be on the unique side.

Most of you already know that aside from building some of the world’s most coveted luxury sports cars, Lamborghini also has a few off-road-ready models in the lineup. The Urus comes to mind, but only the Italian carmaker’s hardcore fans know about the LM002. This pickup truck was in production from 1986 to 1993.

You can probably guess from its blocky outline, this was originally meant for military use. Arellano, meanwhile, kicks the tactical capabilities up a notch with the addition of an extra axle. Keep in mind that the LM002 6×6 concept is just a render, but it is possible to customize one just like it.

in fact, we just recently featured another 6-wheeler in the form of an upgraded Nissan Patrol designed by Nazar Eisa. So far, both seem to share the same theme, but the Lamborghini LM002 6×6 might be the more striking of the two. This comes from the combination of vintage aesthetics with an intimidating configuration.

According to the artist, the inspiration for the colorway of his latest creation comes from the Lamborghini Countach. They’re calling it Blu Tahiti and it’s giving off a playful vibe, which is a good thing. The interior and the wheels are in white to contrast the exterior shade. Once more, we can only wish this Lamborghini LM002 6×6 becomes reality. 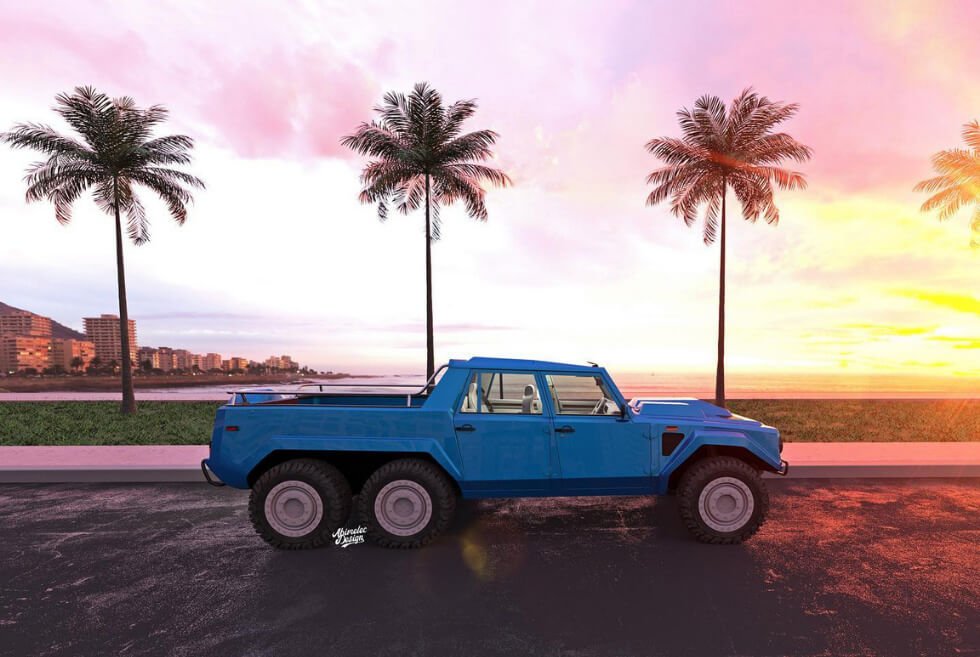 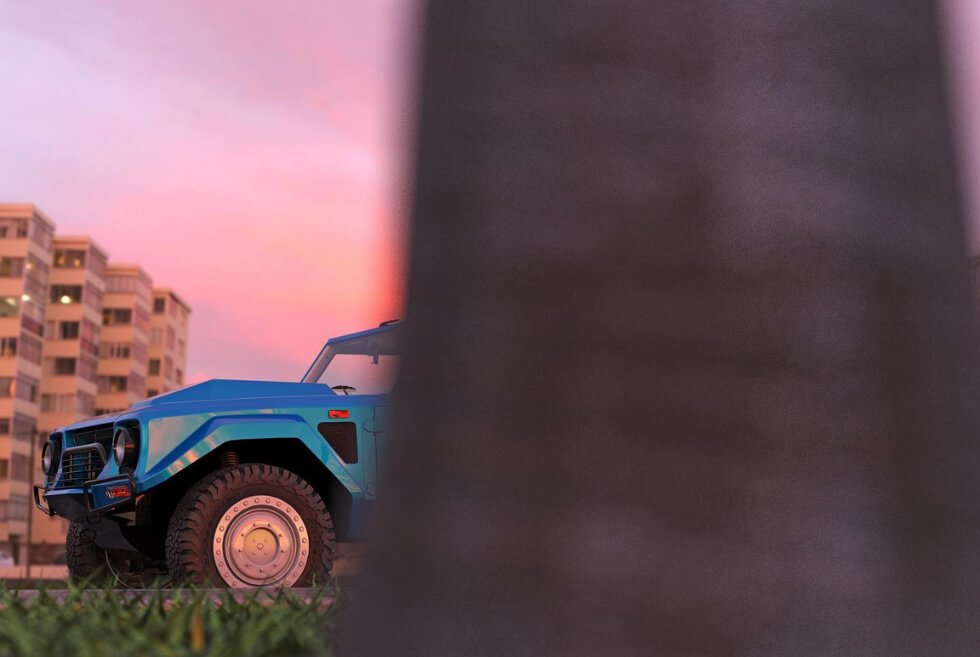 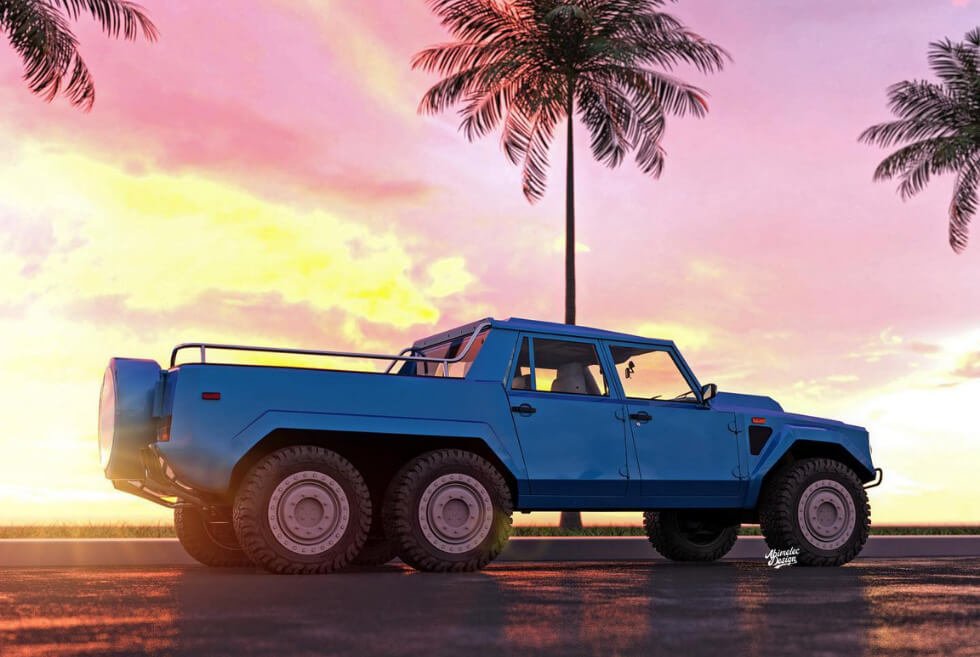 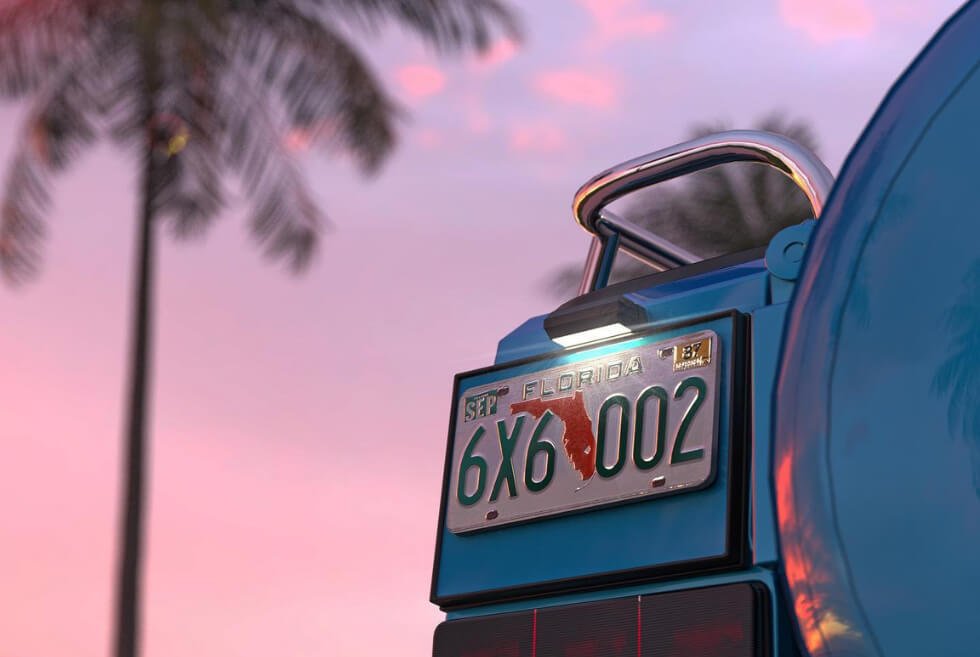