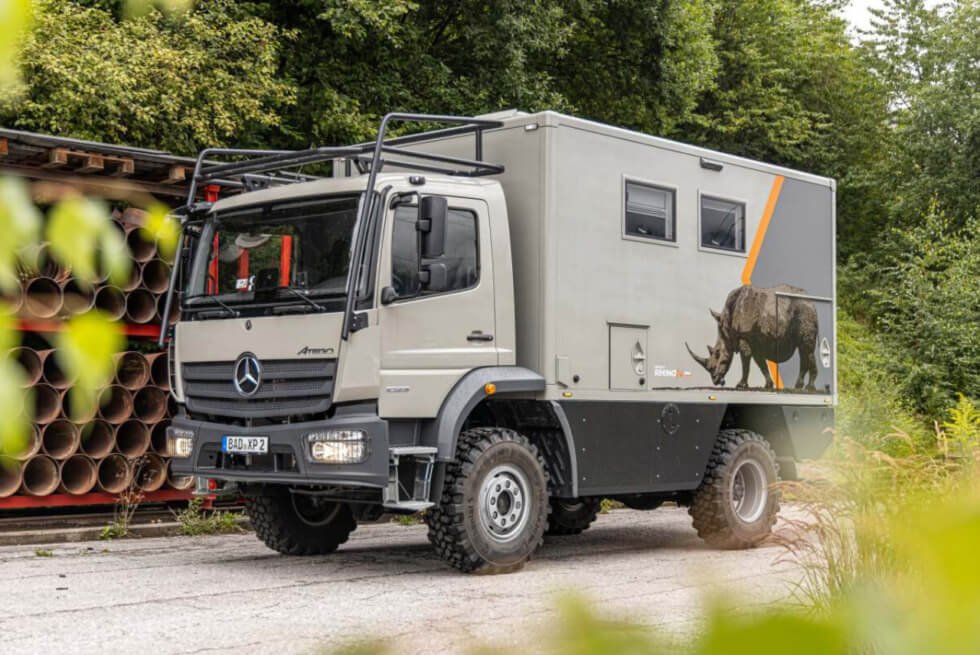 Most of the time, when shops do camper builds, the donor vehicle matters a lot. Normally, you want a capable SUV or truck to haul heavy loads. Krug Expedition knows exactly what to use for their Project Rhino. The platform of choice is a Mercedes-Benz Atego 1023 single cab. At this point, we’re not yet certain if a crew cab version will eventually become available.

If it were up to us, the Unimog would have been our choice, but Krug Expedition has other plans. At first glance, the Project Rhino appears rugged enough for any adventure. There’s no word if the powertrain was upgraded, but the stock specifications should be more than enough.

The camper’s inline-four engine produces 231 horsepower and 597.4 lb-ft of torque. Completing its powertrain is Mercedes-Benz’s PowerShift 3 automatic gearbox. The all-wheel-drive system supports three differential lock settings. It then rides on a massive set of wheel shod in Continental all-terrain tires.

Now that you know more about the performance, let’s learn about the other cool aspects of this motorhome. Starting with the exterior, the Project Rhino features a roof rack over the cab. To the rear, you’ll find the spare tire, cargo boxes, and another storage system. An LED lighting unit is mounted on the side’s roofline.

You can climb up to the entrance door via quick access steps or the optional slide-out stairs. The module’s volume holds a fridge, wardrobe, an L-shaped kitchen, a dinette with a sliding table, and a spacious sleeping area. The Project Rhino even comes with a bathroom complete with a toilet and shower. The wall holds an access door for the passthrough to the driver’s cab.