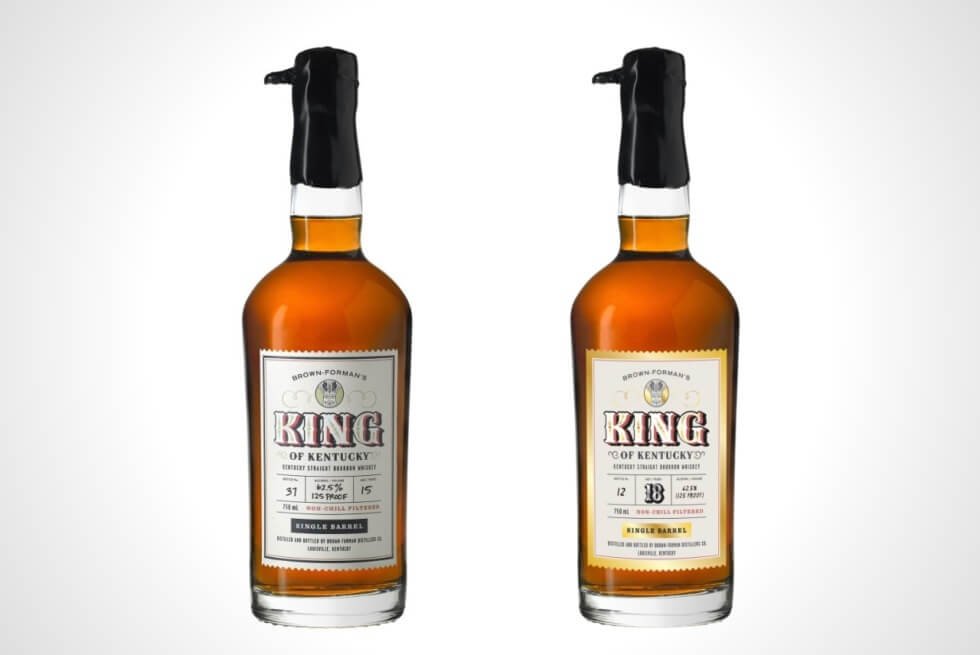 Have you recently checked your liquor cabinet? Perhaps your bar has already dwindled down to only a few bottles. This situation calls for a booze run, so get ready to hit your nearest shop and restock your supplies. If you’re also grabbing some whiskey, be sure to check out the two blends from King of Kentucky.

Take your pick from a 15-year-old and 18-year-old Kentucky straight bourbon. The corporate entity behind this release is Brown-Forman, which also owns other renowned names in the American whiskey scene. Among those are Jack Daniel’s, Old Forester, and Woodford Reserve.

King of Kentucky allocates 3,500 bottles for the 15-year-old. Meanwhile, the 18-year-old is the prized among the two as only 250 bottles are in circulation exclusively in Kentucky. Sampling the duo reveals a profile with notes of oak, honey, dried fruit, cigar tobacco, and dark sorghum for the former.

As for the latter, it showcases essence of caramel, molasses, dried fruit, and herbal tea. These two spirits are special as the King of Kentucky marks its fifth year after it was brought back by its parent company. The distillery was established in 1881 and was acquired by the said group around the 1930s.

Experts note that it did not perform well in the years after that and was eventually discontinued in 1968. Since its revival, the Kentucky straight bourbon it produces is back in exceptional form. Drinkers now praise the barrel-strength, single-barrel spirit which undergoes minimal filtration before it goes into the bottle.

Pricing places the younger blend at $250 and the older King of Kentucky at $350. The latest blends ship inside a classy tin canister. The labels feature hand-written details about the Kentucky straight bourbon inside, while the bottles are also wax sealed in black.

The dedication to quality that goes into the Benromach 40-Year-Old Single Malt whiskey even extends to the packaging.