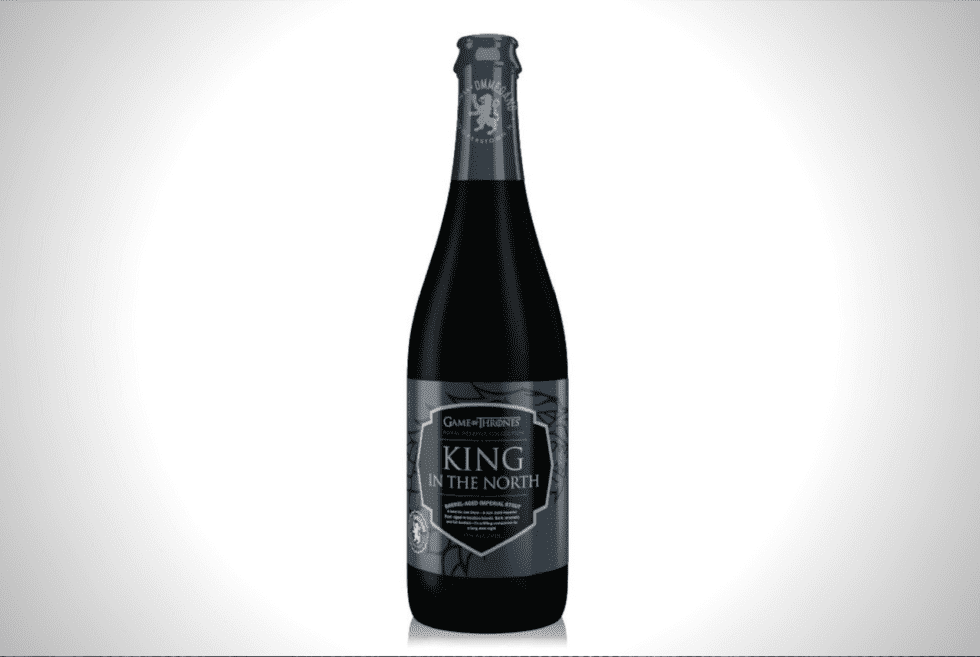 “King In The North” Game Of Thrones Beer

You can now get drunk on Game of Thrones. to be clear, we don’t just mean “drunk” as in totally engrossed in Westeros lore, but literally drunk, as in intoxicated. For some reason, a brewery is making a beer inspired by Jon Snow, called King in the North.

New York-based Brewery Ommegang and HBO partnered up to turn this beer into a reality. This isn’t exactly a first, however — the company has brewed many Game of Thrones-inspired beers in years past. The “barrel-aged imperial stout” comes in a “one-of-a-kind gift pack,” says Ommegang.

Here’s how the brewery describes the King in the North:

“King in the North pours jet black with a thick tan head. Aromas of roasted malt, coffee, and chocolate blend with those of oak, bourbon, and vanilla. The flavor is rich and full with notes of chocolate, vanilla, coffee, and roasted malt up front followed by smooth bourbon and a hint of oak.”

The beer’s texture is “thick and chewy with oatmeal creaminess,” with a “pleasant lingering roast.” Pair it up with funky aged cheeses, dark meats, or decadent desserts, says Ommegang. The four-bottle packs hit shelves Nov. 23, which coincidentally is Black Friday, which should make this the perfect game for Game of Thrones diehards out there. Per-bottle pricing is $12.99.

Why stop there? Releasing alongside King in the North is a $24.99 gift pack that includes one 12-ounce bottle of each of the four Royal Reserve Collection bottles — a series of limited release Game of Thrones beers — plus a collectible Game of Thrones glass.

Maison Mumm is partnering with Axiom Space who will be serving the Cordon Rouge Stellar champagne during their space flights.

Your blended scotch journey with Compass Box begins in October with the Ultramarine and continues in November with the Flaming Heart.

The Rémy Martin XO by Lee Broom is the first time since 1981 that the iconic crystal decanter it ships with receives a rework.