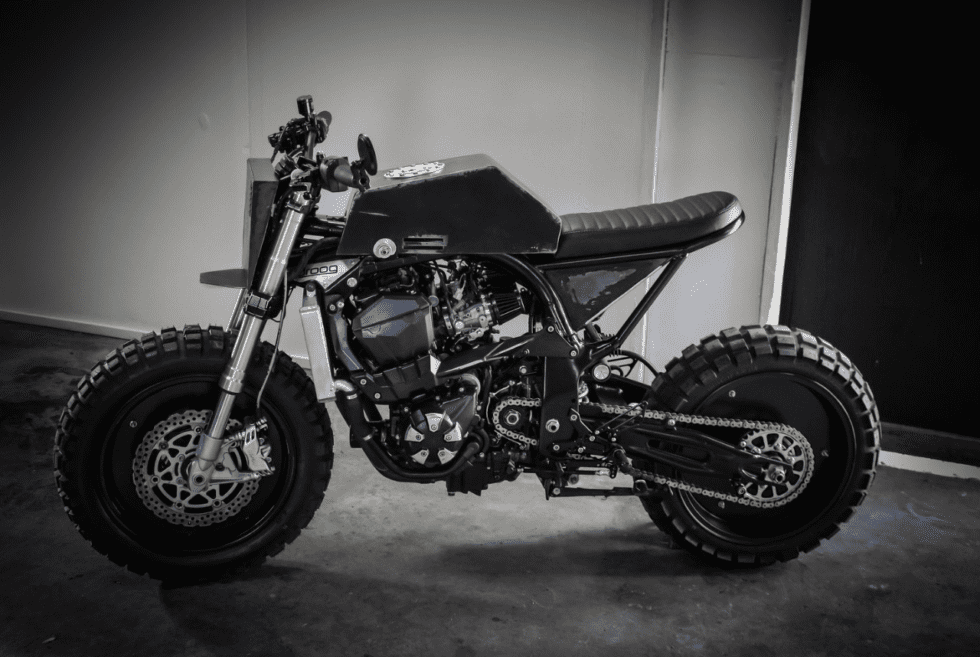 You won’t believe it, but there’s a Kawasaki Z1000 somewhere underneath this ultimate decked-out ride. Droog Moto went to town with this one, and it shows.

The post-apocalyptic motorcycle in the latest addition to the custom shop’s already badass collection. The Urban Fighter is its largest bike to date, and perhaps the most formidable, too.

Droog Moto’s DNA is seen here all over, first with the custom fuel cell, front fairing, and then the fenders, sporting an angular configuration made out of raw steel. The shop removed much of, if not all the bodywork from the base Kawasaki Z1000. Tabs, too, are a goner. Wirings are tucked away to clean up the look even more.

Droog Moto also replaced the rear subframe with a custom model that tops a leather skateboard seat and low-profile LED brake light. Down below, you’ll find a fresh array of aluminum wheel inserts that punctuate the heavy-duty look. It’s not called Urban Fighter for nothing.

Droog Moto says when you ride the Urban Fighter, you’ll feel in total control. Its mission? To “decimate rivals,” the shop says. It’s an intimidating bike but not to the point of being off-putting. But while this, headturner is big, bad, and furious, it’s got some soft spots. Mainly that it’s still fairly nimble. Not to mention extremely easy to ride. A badass with heart and grace, in short. 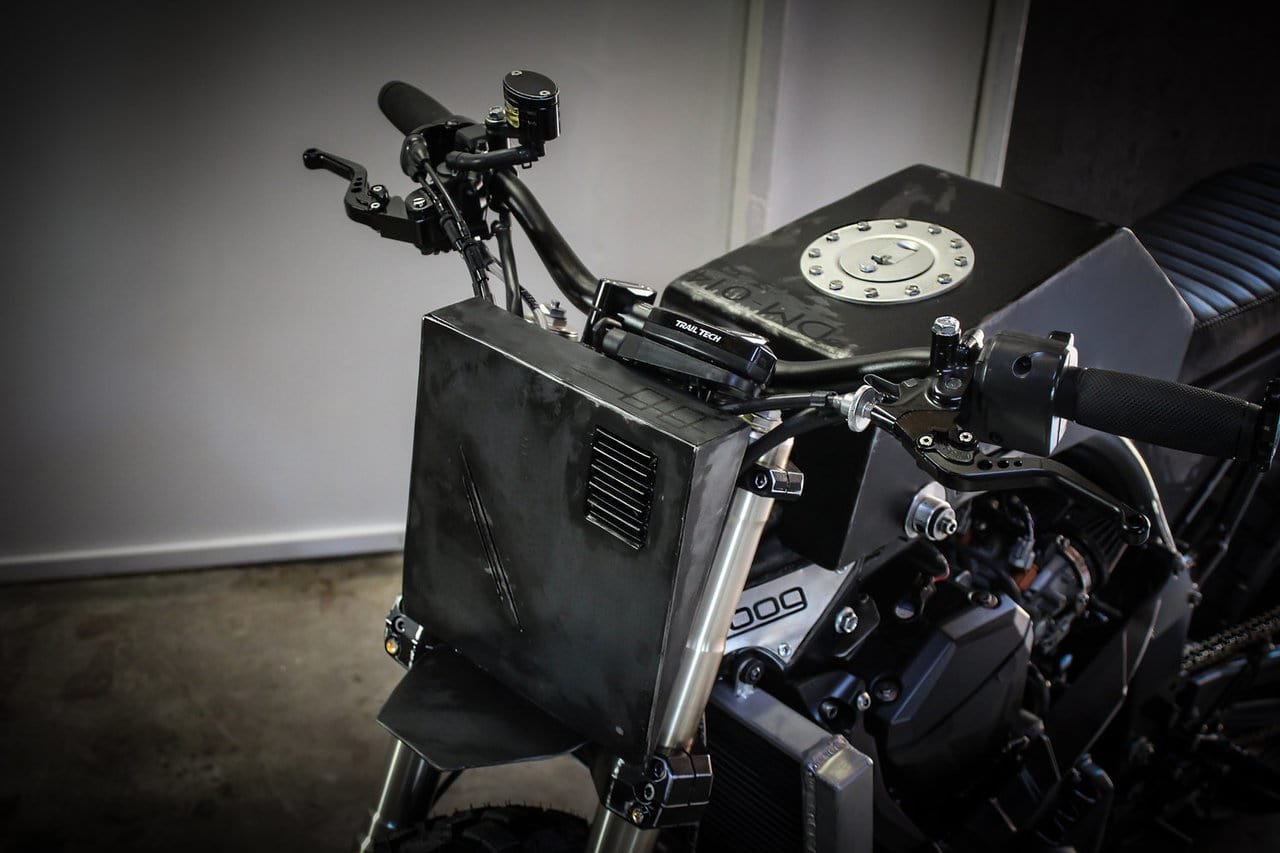 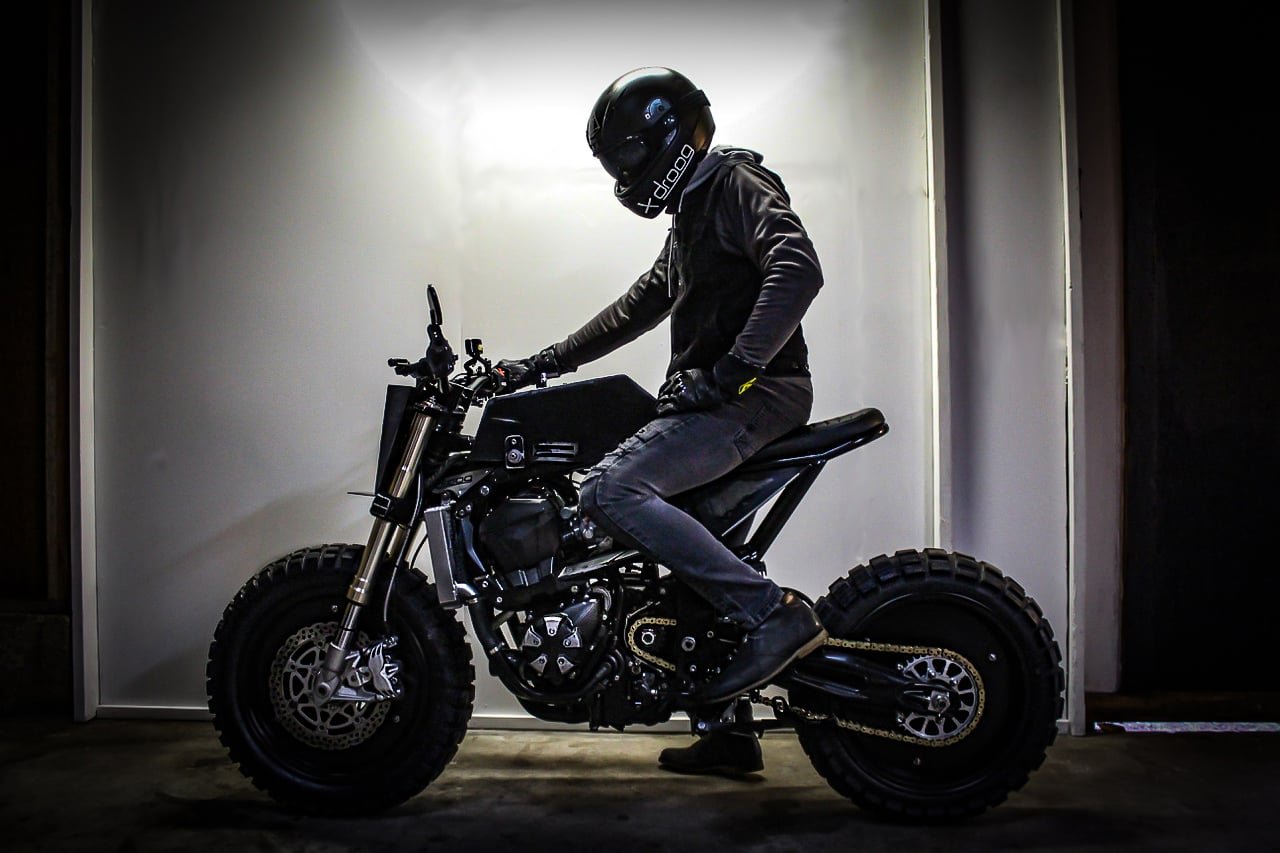 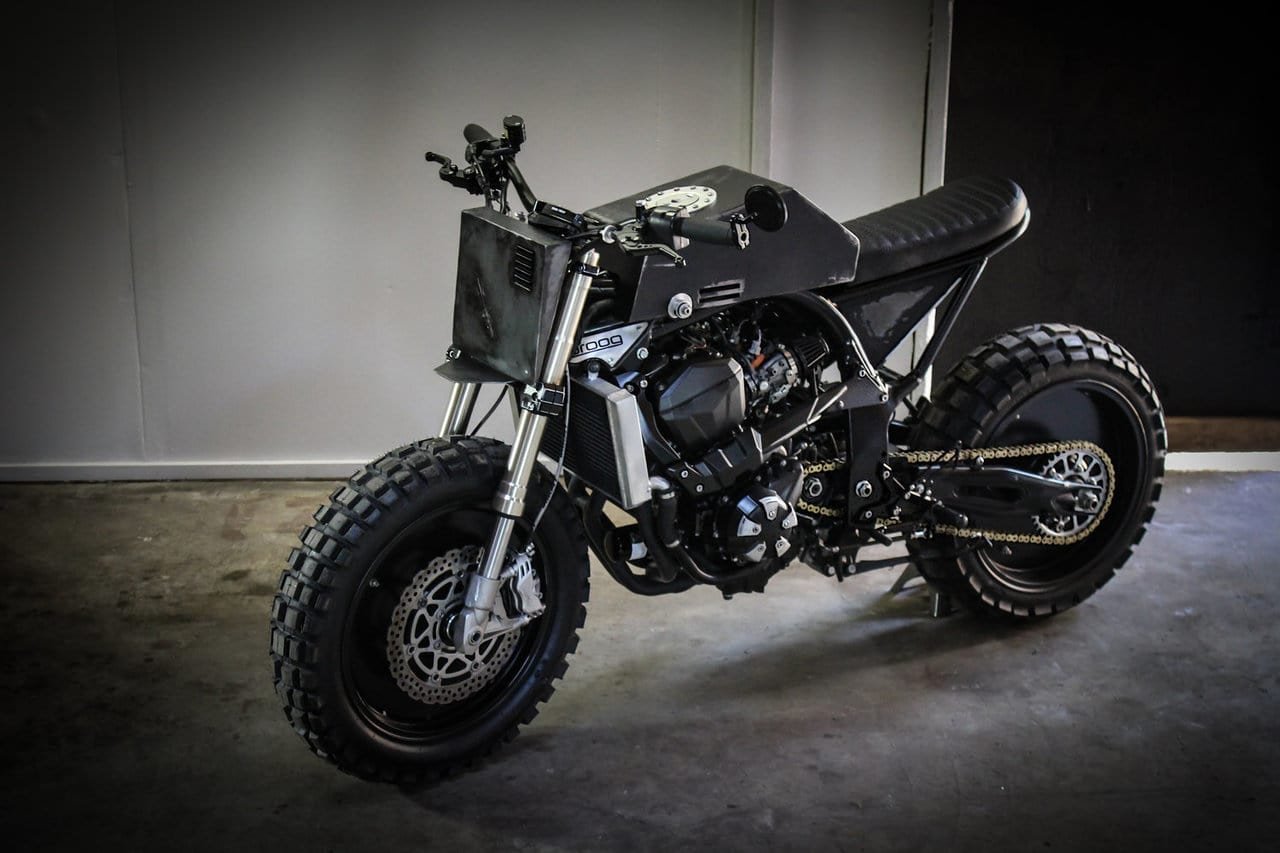 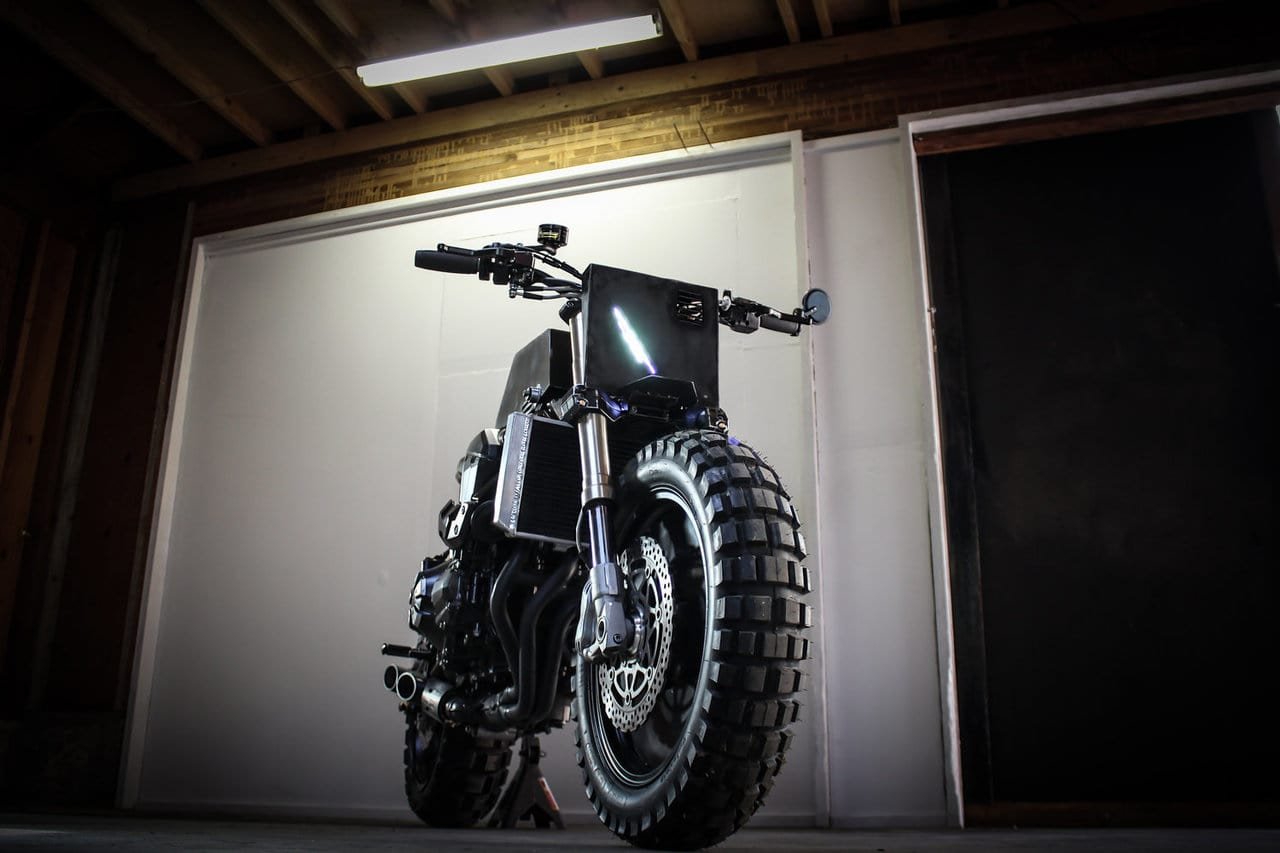 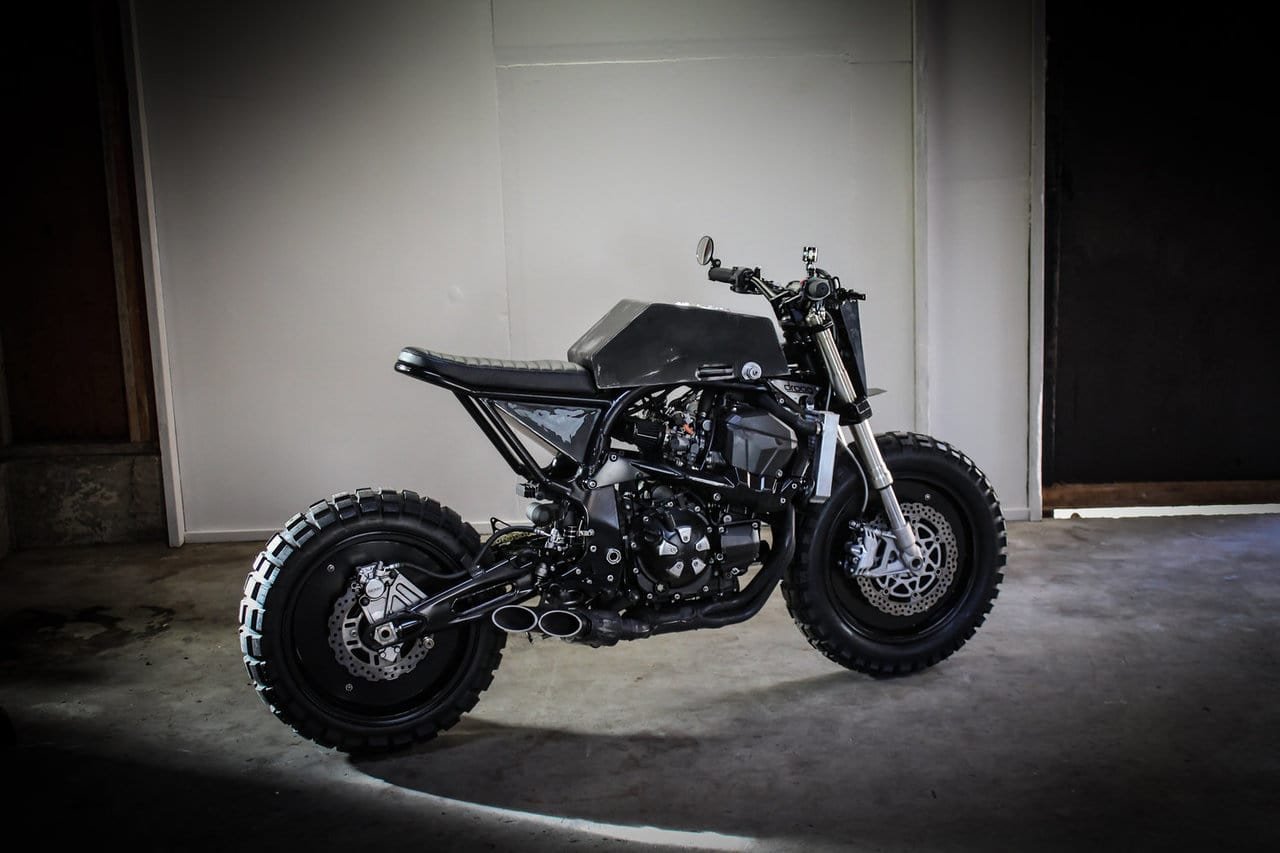