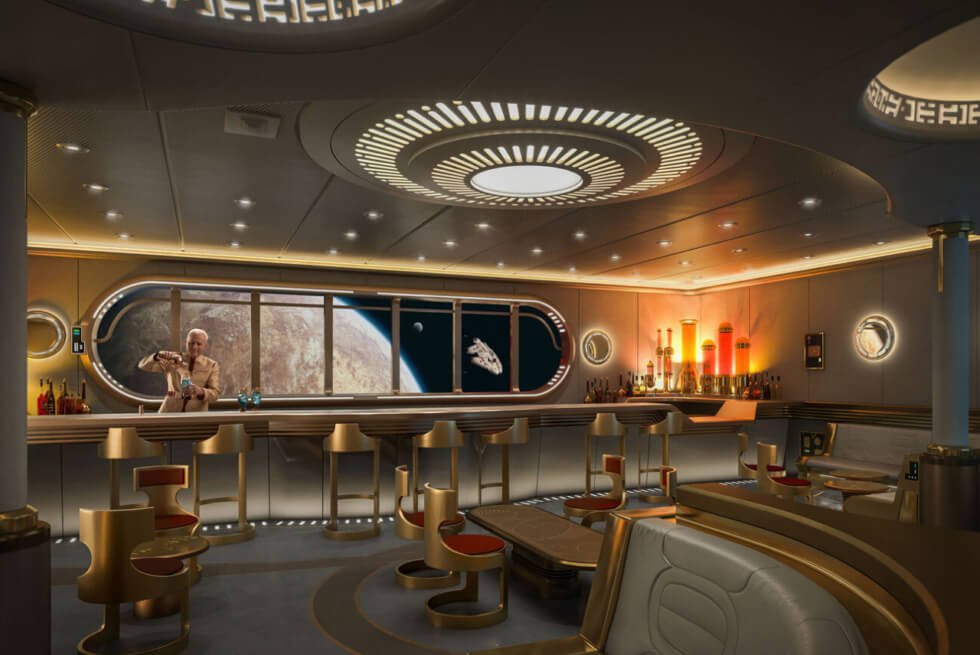 Disney has been really milking the Star Wars franchise ever since its acquisition in 2012. Although most fans welcome the surge of movies and TV shows that followed, there are others who cry exploitation. Still, you have a hit in your hands, the only logical way forward is to market even more merchandise tie-ins – like this new Kaiburr Crystal cocktail.

Company executives know that hardcore fans of the “Galaxy Far Far Away” are always ready to empty their wallets for exclusive experiences. For years, its parks and other establishments continue to be highly sought-after attractions for both kids and adults. However, the rates for some of their offerings are usually on the steep side.

To give you an idea, the alcoholic beverage in question costs an eye-watering $5,000. According to sources, you can only order the drink at Hyperspace Lounge. If you’re wondering, this is a ritzy Star Wars tavern aboard its new cruise ship – the Disney Wish – and other luxurious vessels on its fleet. This means only people who book a trip can sample the mysterious Kaiburr Crystal.

Prices for a four- or seven-night cruise already range from $3,5000 to over $10,000, depending on the inclusions and accommodations. Those who are eager to sample the Kaiburr Crystal need to have deep pockets to splurge that much for a cocktail. As of this writing, Disney is yet to share more details about it.

Nonetheless, they will be serving it in several glasses within a droid-style bucket. To further accentuate its presentation, the Kaiburr Crystal will include sounds, lights, and smoke for a dramatic effect. If you’re spending that much for a taste of booze inspired by Star Wars, the least they could do is throw in a lightsaber or two.

The color of the Carbon Champagne For Bugatti ƎB.01's carbon fiber exterior matches the Steel Blue paintwork of the Chiron Sport 110 Ans.

The "Dior Vibe" line from Dior and Technogym comprises an interactive, quiet treadmill, multifunctional weight bench, and a wellness ball.