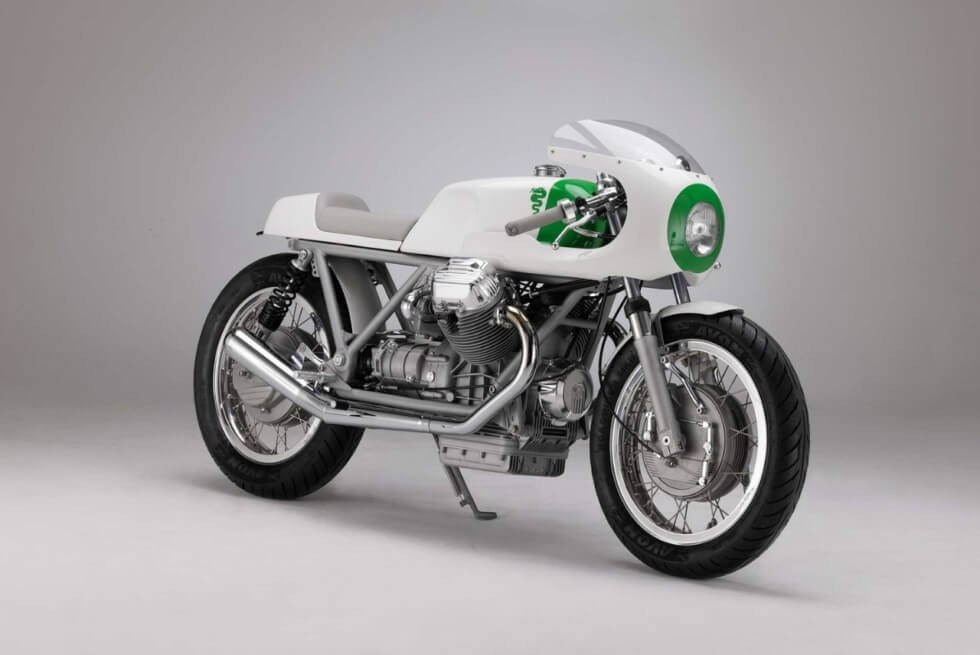 When you prefer a café racer with vintage vibes, KAFFEEMASCHINE’s latest offering might be the one. This is the KM 37, another masterpiece envisioned, and hand-built by the outfit’s master builder Axel Budde. There is nothing but clean lines on the minimalist bodywork to showcase everything underneath in its full glory.

The name stands for KAFFEEMASCHINE 37, which is a rightful designation since it’s the Hamburg-based shop’s 37th bespoke creation. It starts off as a 1981 Moto Guzzi SP1000 but receives a remarkable rework inspired by an Alfa Romeo. The press material points to 1960s Giulia GTA 1300 Stradale as the mechanical muse.

Specifically, KAFFEEMASCHINE notes that the “KM 37 nods to the historic symbol; the quadrifoglio (four leaf clover), a symbol adopted by legendary Alfa pilot Ugo Sivocci, famously utilized since 1923 on all subsequent Alfa racing cars.” What’s left of the donor is only a shadow as it welcomes a new silhouette.

The new body is Kevlar and carbon. It comprises the single-seat tail, fairing, and tank. Others will notice that its outline resembles previous builds, but there are distinct cosmetic differences to set it apart. The KM 37 weighs only 410 lbs courtesy of the lightened flywheel and clutch, on top of other custom upgrades.

The dash and custom wiring loom are sourced from MotoGadget. Meanwhile, the 1,000 cc engine now comes with a KAFFEEMASCHINE camshaft, while the ported heads and larger valves all contribute to an 83-horsepower output. The KM 37 proudly flaunts a coat of Biancospino white with green trims and the iconic Alfa Romeo Visconti serpent symbol. 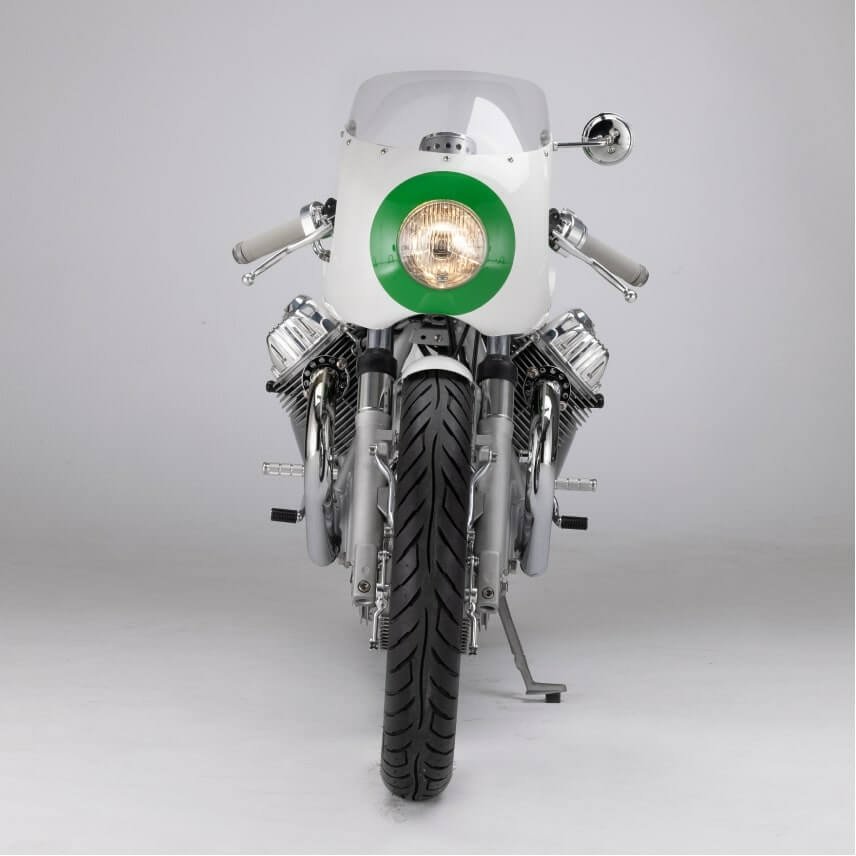 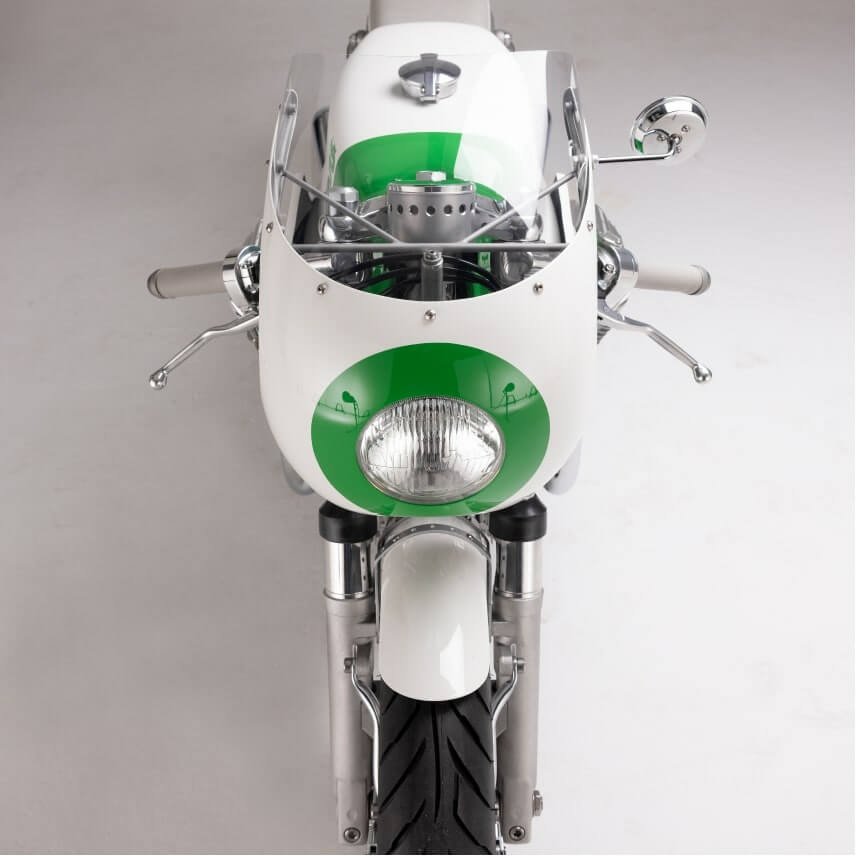 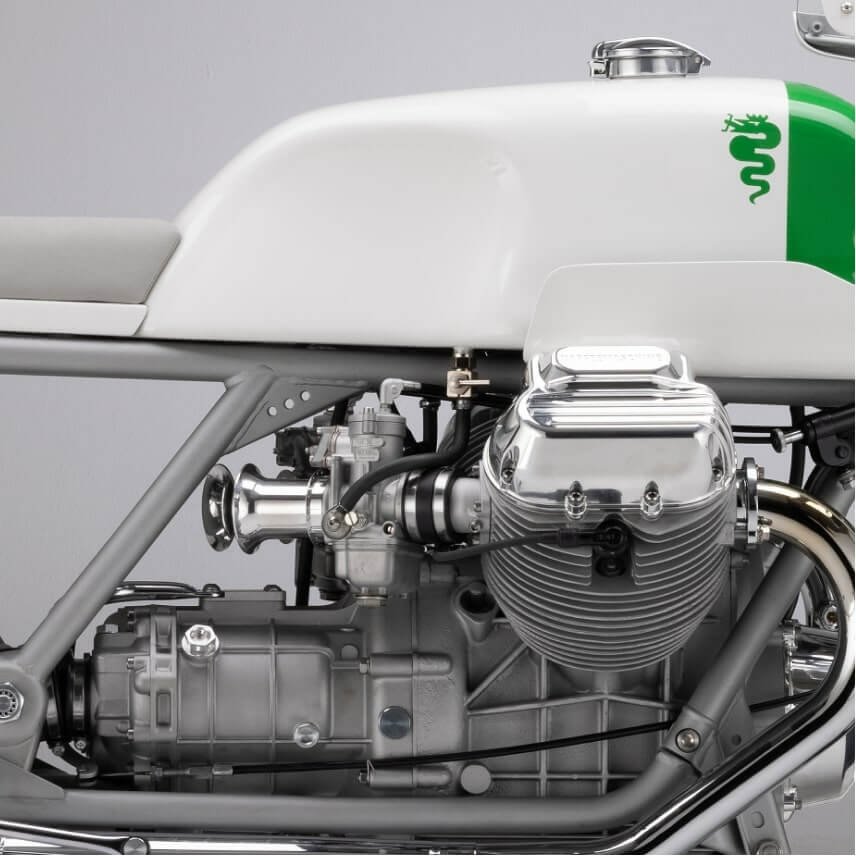 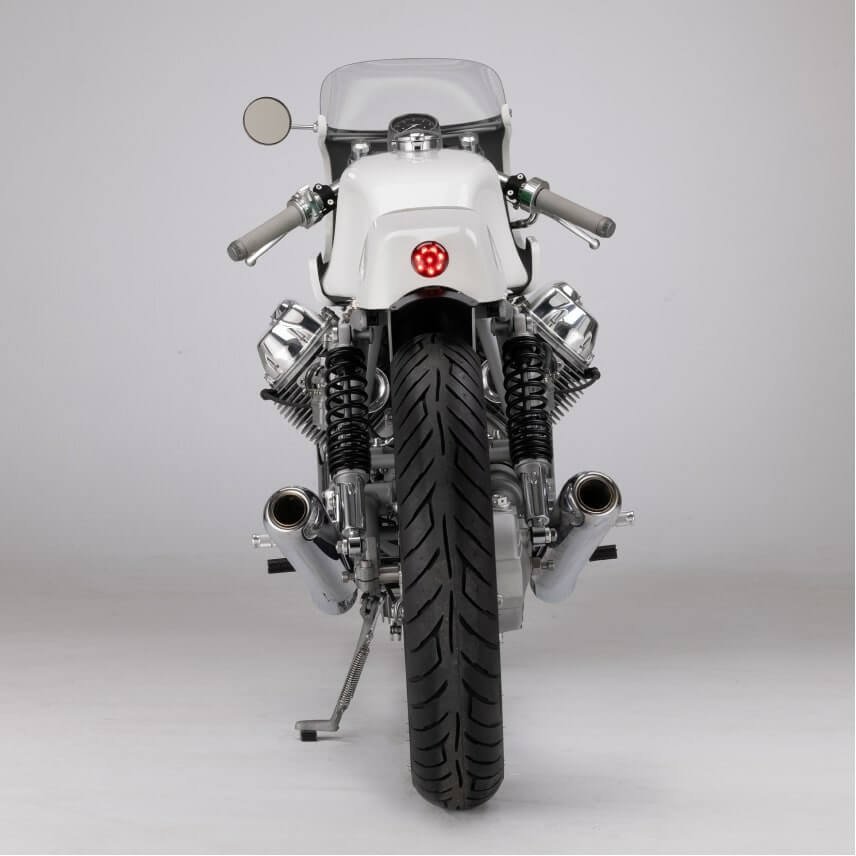