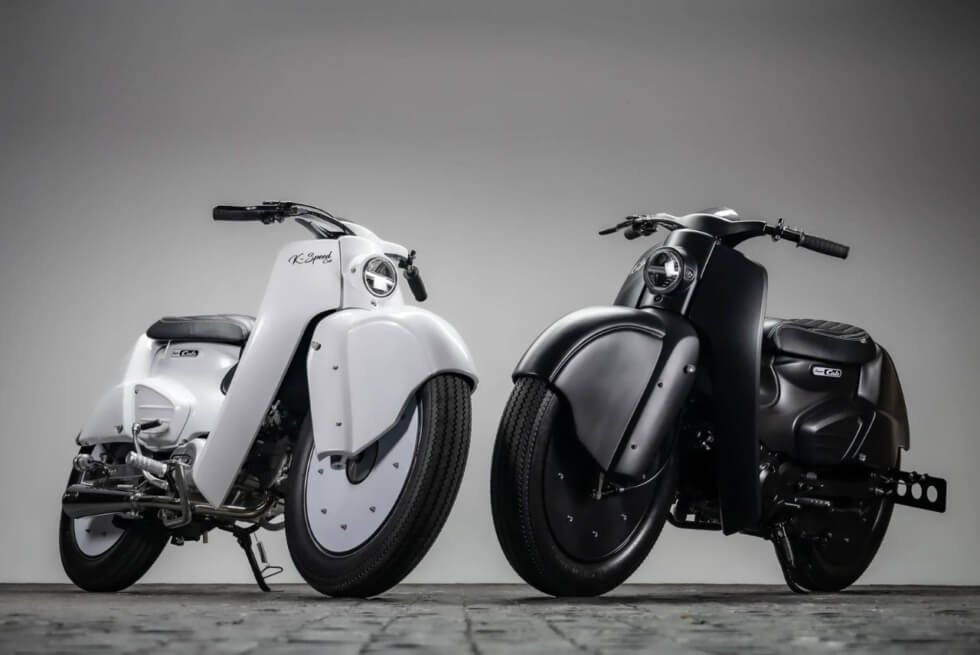 If somebody told you that what you see here is a Honda Super Cub, would you believe them? Any semblance of the iconic commuter bike may be difficult to spot, but K-SPEED assures clients it’s all under there. As far as customizations go, the COMBAT CUSTOM Cub takes things to a bolder level.

Motorcycle buffs who regularly check their feeds might have spotted a teaser around summer. It seems the shop is finally ready to take orders for this classy Cub. To be specific, the donor for this special 100-unit production run is the CT125. The model also goes by other names like the Hunter Cub or Honda Trail 125.

Its sleek outline oozes a distinctly retro vibe courtesy of the fenders and tail cowl. Its aesthetics hit us with a wave of nostalgia that takes us back to the 1930s when Art Deco was all the rage. Designers would express it in any medium they could, and the K-SPEED COMBAT CUSTOM Cub manages to evoke it from any angle.

Available in a White Edition and Black Edition, each example will cost you about $10,525. In addition to its curvaceous tweaks, the rims also flaunt aero disc covers like some streamliner vehicles and motorcycles back in the day. K-SPEED also adds in-house parts such as a reverse cone muffler and saddle.

Below the tail is a wrap-around license plate holder. To the front are a circular LED headlight and a Motogadget m-Blaze micro-LED indicator system. K-SPEED shows off just how awesome it can be to take a familiar face and give it a bespoke makeover with the COMBAT CUSTOM Cub. The bigger the yacht is, the more it needs smaller forms of transport to facilitate the arrival and departure of guests. Since gargantuan vessels are unable to approach ports or…