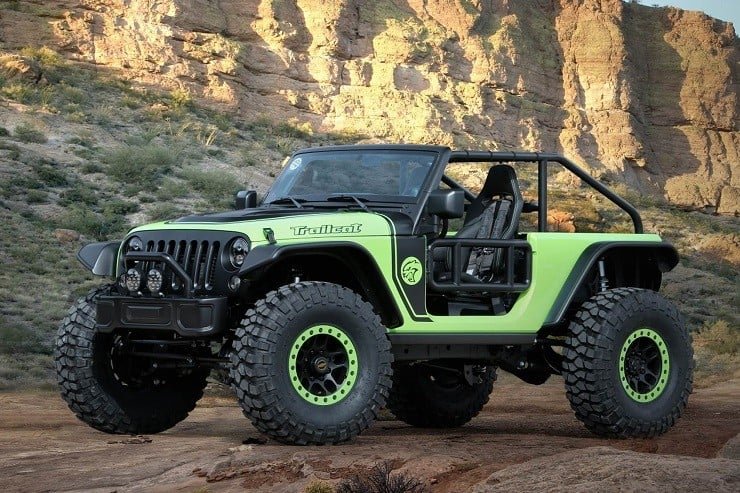 Seen by many as the star of Jeep’s seven-concept line, this 4X4 is basically a Wrangler powered by the same famous engine found in the Dodge Charger & Challenger Hellcat: a supercharged 707hp 6.2-liter Hemi V8. In order to accommodate the massive motor, the Trailcat’s wheelbase has been stretched by 12 inches, a feature that should also aid in preventing the car from flipping easily. And when you have all that roaring power to play with, stability is crucial.

The truck also features a six-speed manual transmission, a sleek (chopped by 2 inches) windshield, 17″ beadlock wheels wearing 39.5″ BFGoodrich Krawler tires, Fox shocks, steel bumpers, and Dana 60 axles. While all this sounds very exciting, there’s no certainty that this concept model will ever reach the production stage, but if it ever does, it’ll surely make a lot of off-roaders happy. 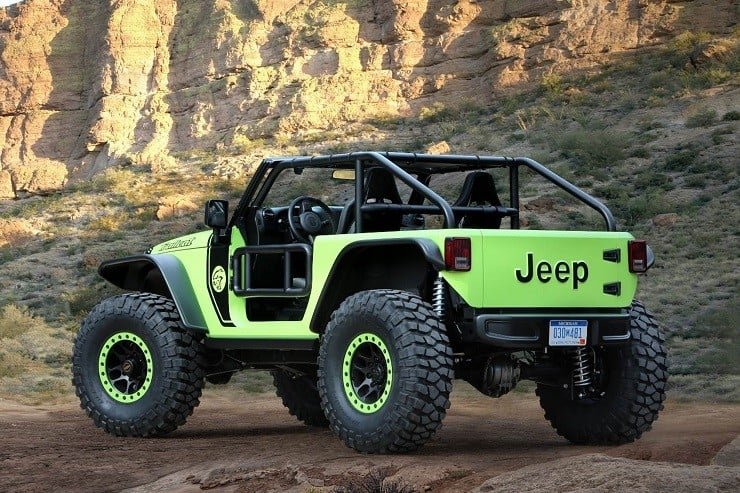 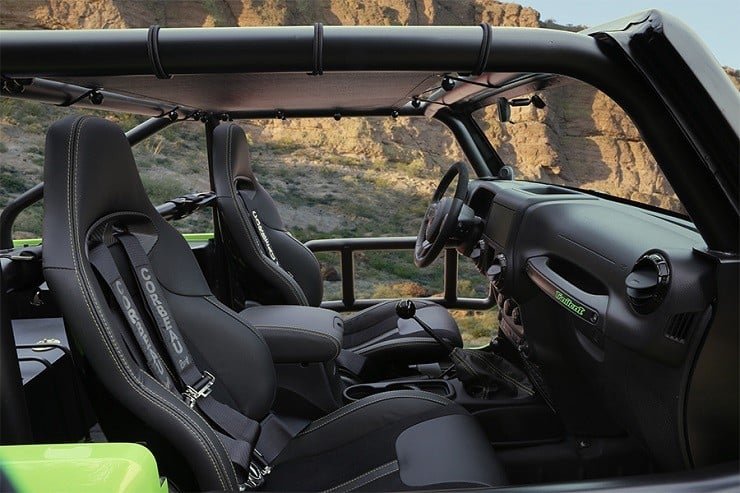 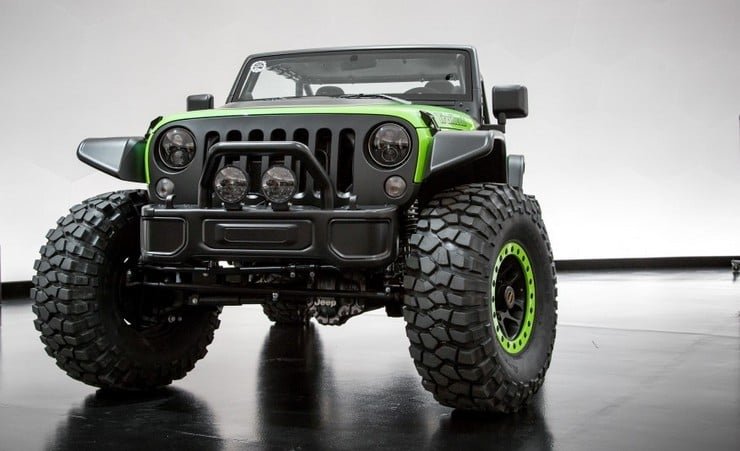 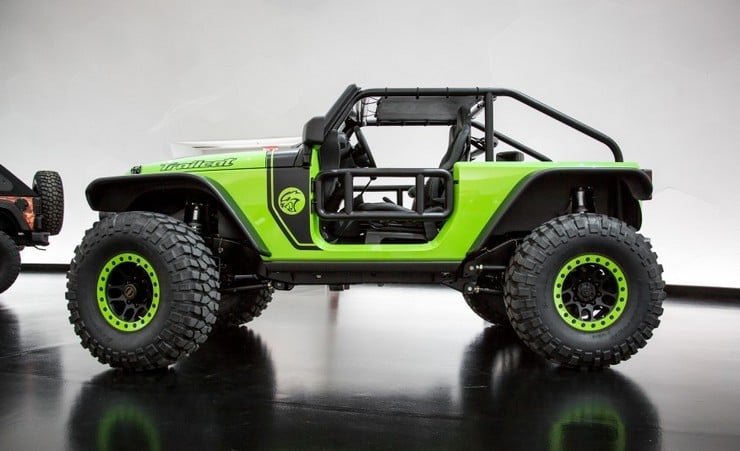 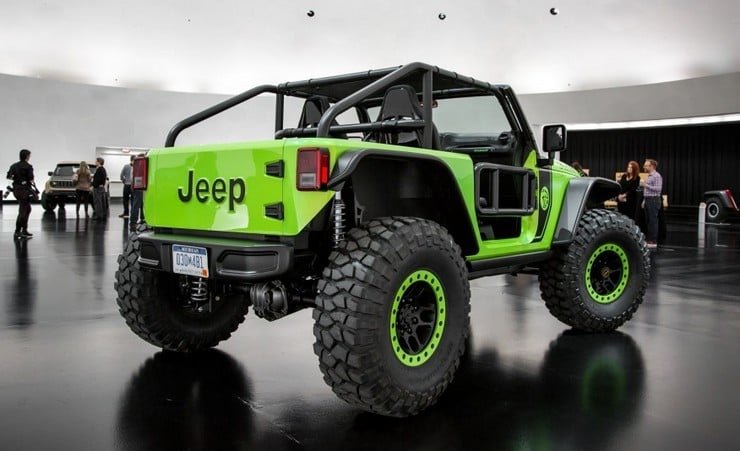 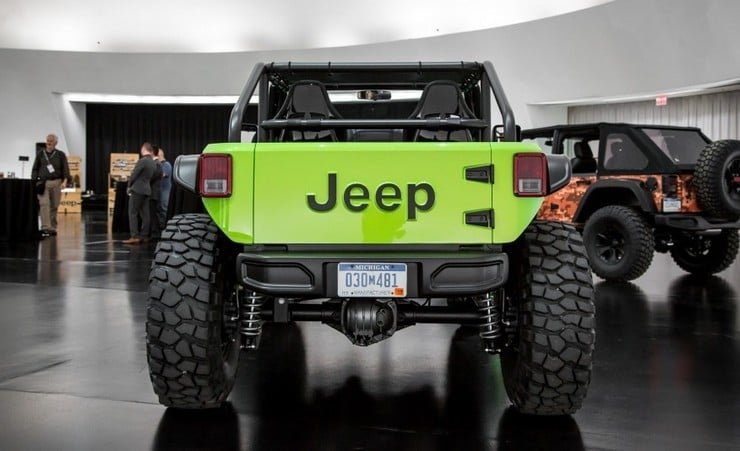 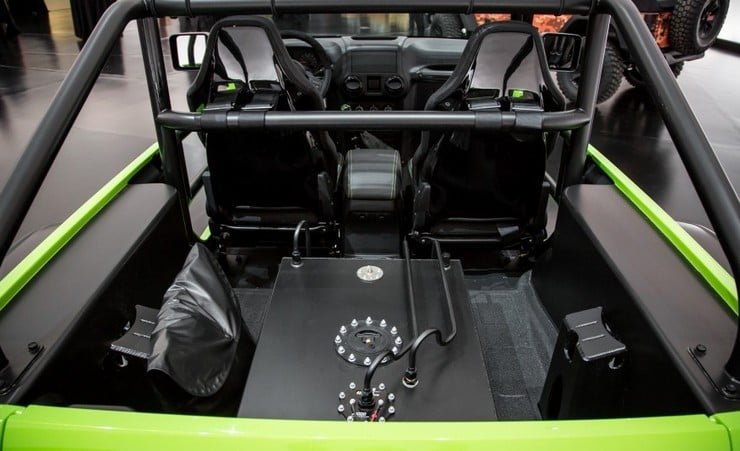 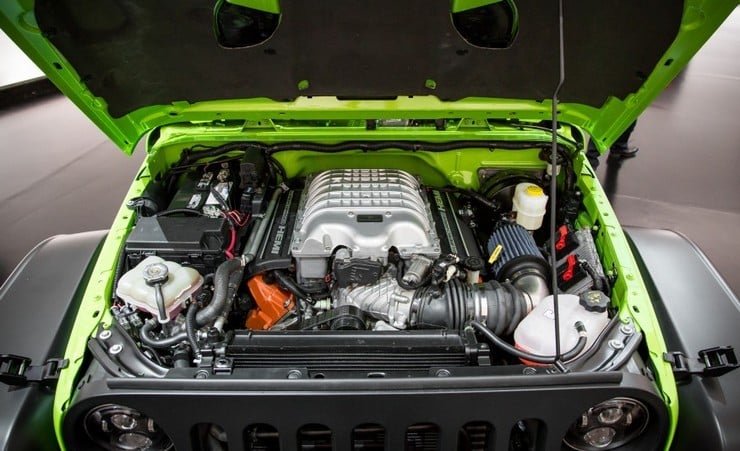 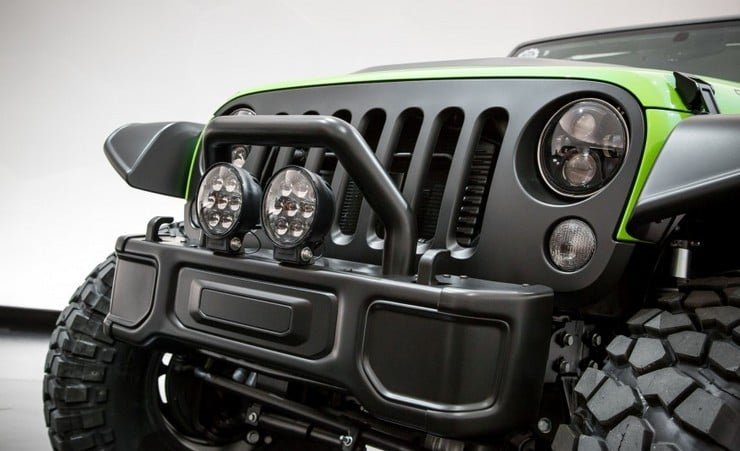 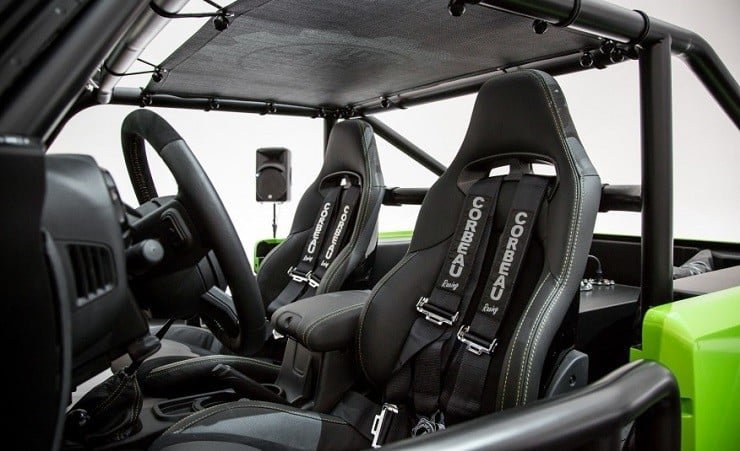 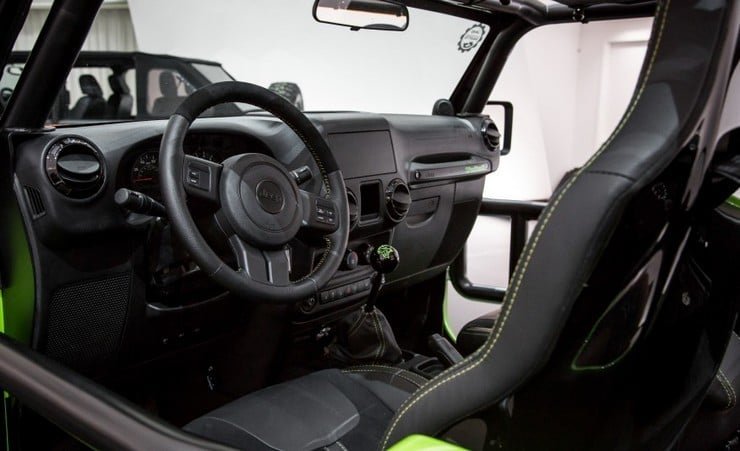 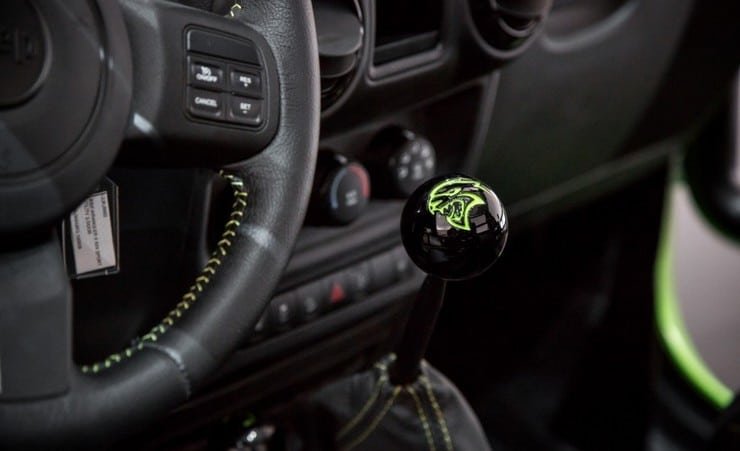