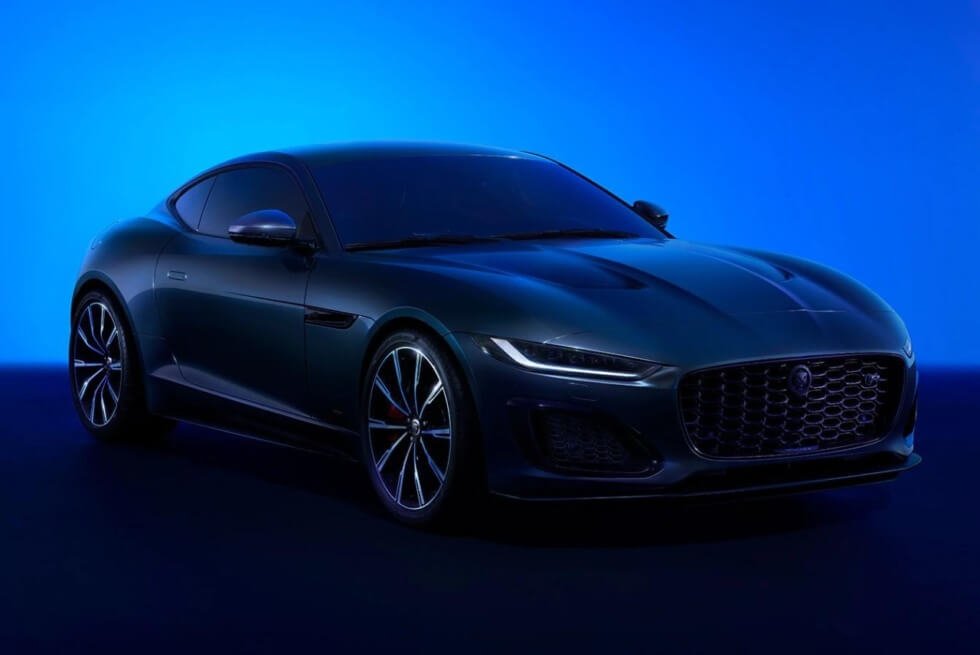 Many carmakers are soon ending production of some of their most spectacular offerings. As such, most prefer to bring the curtains down with a bang. We believe it’s better to close things out with a magnificent flourish and Jaguar has the same idea. This is the F-Type 75 Final Edition and it’s available in a coupe and convertible configuration.

The now Tata Motors-owned marque is still renowned as one of the premier British badges when it comes to luxury and performance. The number in the name alludes to Jaguar’s 75 years of sports car excellence. The iconic two-seater is bidding farewell to the automotive industry in outstanding form.

Aside from the coupe and open-top options, buyers also have two trims to consider. The base model is the F-Type 75 Final Edition followed by the R version. There are distinct differences between them with regard to technical specifications and cosmetics. Both ship with a supercharged 5.0-liter V8.

Completing the powertrain is an eight-speed automatic gearbox with paddle shifters for manual mode. Overall, the general silhouette of the machine is intact but flaunts special badging to denote its status. The F-Type 75 Final Edition and its R trim ride on a set of five-spoke gloss black wheels and diamond-turned 10-spoke rims respectively. Which one are you planning to get?