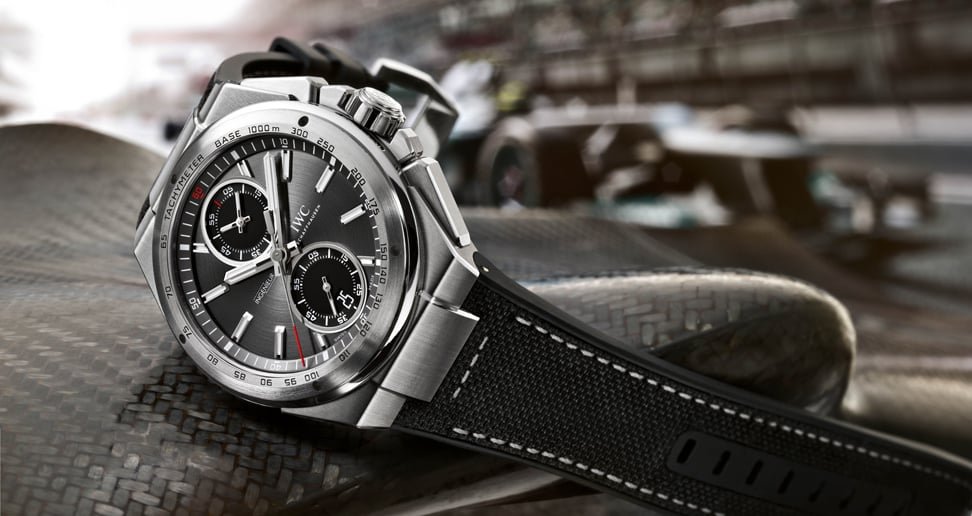 When IWC Schaffhausen became the Official Engineering Partner of the Mercedes AMG Petronas Formula One Team in 2013, it proudly launched a beautiful 45mm watch to celebrate the new partnership. It was named IWC Ingenieur Chronograph Racer and it became a symbol of the two brands’ shared passion for performance and precision engineering. 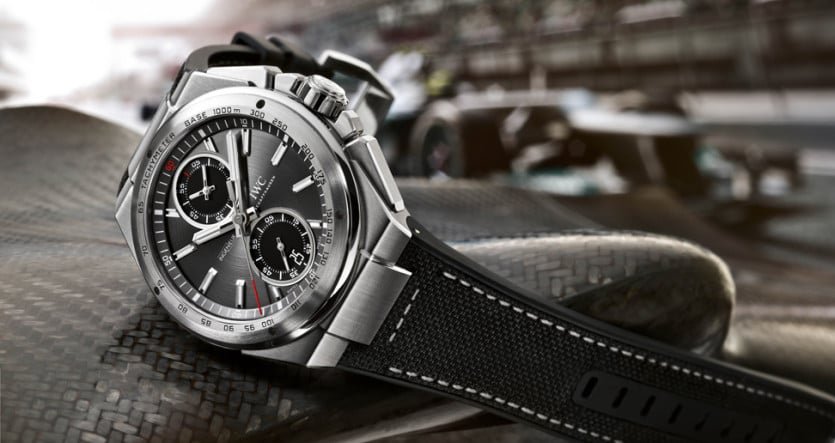 The in-house 89361 caliber powering the watch is one of the most efficient movements created by IWC. Snugly placed inside the stainless steel case, it can show stopped times in hours and minutes on a totalizer. A central stopwatch hand indicates times of up to 60 seconds.

The watch also has a tachymeter scale that can indicate the average speed over a 1,000-meter distance. By pressing the reset button, the wearer brings back the stopwatch hand to the zero position, from where it immediately restarts timing (flyback function).

To indicate its racing DNA, the case back features a Formula One racing car engraving, while a red “60” in the chapter ring evokes the digital display on the steering wheel of the AMG Petronas Formula One Team racing car from Mercedes-Benz.

Relwen’s Combat Pant Is Both Rugged and Stylish

Relwen's Combat Pant is reminiscent of the military pants from 1944 but updated with tapered legs and a half-elastic back waistband for a casual, relaxed fit.