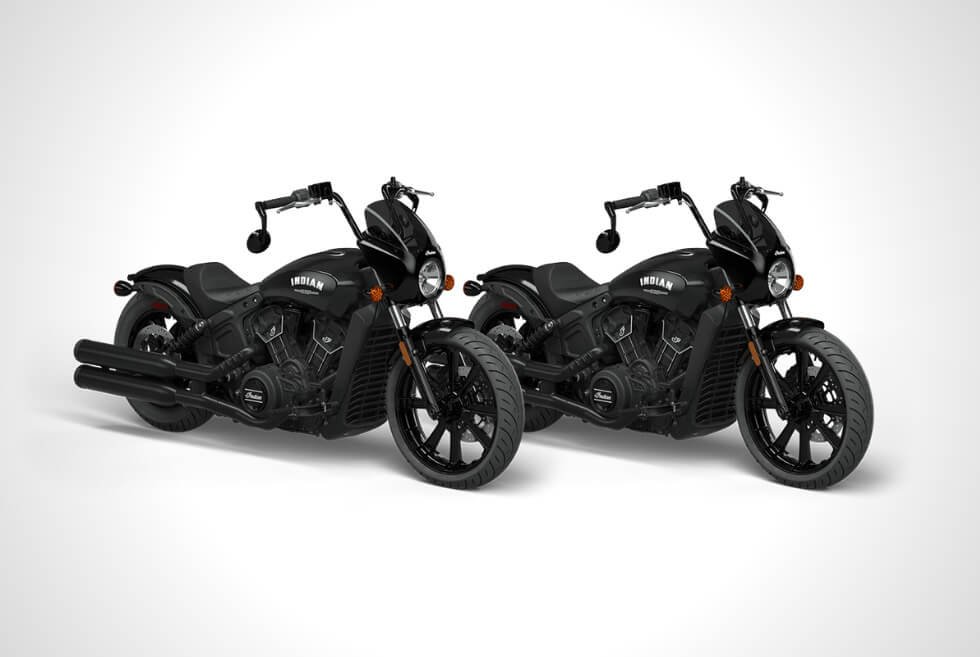 Does your love of murdered-out colorways cover almost everything? We’ll ours do and Indian Motorcycle seems to have some goodies in store for us this 2022. In fact, there are two rides for enthusiasts to consider. We have the Rogue Sixty and the Rogue versions under its Scout lineup. Of course, these stealthy cruisers are more than just good looks.

The two may share some specifications but differ when it comes to performance. It may not be a lot, yet the trims allow riders who have varying budgets to pick what suits their needs. Indian Motorcycle starts off with the entry-level Rogue Sixty that packs a 999 cc, liquid-cooled 60-degree, V-twin engine mated to a five-speed transmission. Its powertrain produces 78 horsepower with 64 lb-ft of torque.

As for the Rogue, it boasts a bigger 1,133 cc, liquid-cooled 60-degree, V-twin powerplant paired with a six-speed gearbox. Indian Motorcycle says it outputs 100 horsepower and 72 lb-ft of torque. As you can see, the capabilities of each cruiser are not as substantial as others tell it. We also want to point out that the beefier option gets bar-end mirrors.

Both Rogue bikes feature blackout engines, frames, and exhausts. The latter is a two-into-two affair with a crossover to put both tips on the right flank. To set them apart from the rest Scout catalog, these ride on 19-inch rims instead of 16 inches. The wheels are shod in Metzeler Cruisetec tires — 130/60B19 for the front and 150/80R16 on the rear. The default colorways do not have ABS, but the rest do, so choose wisely.