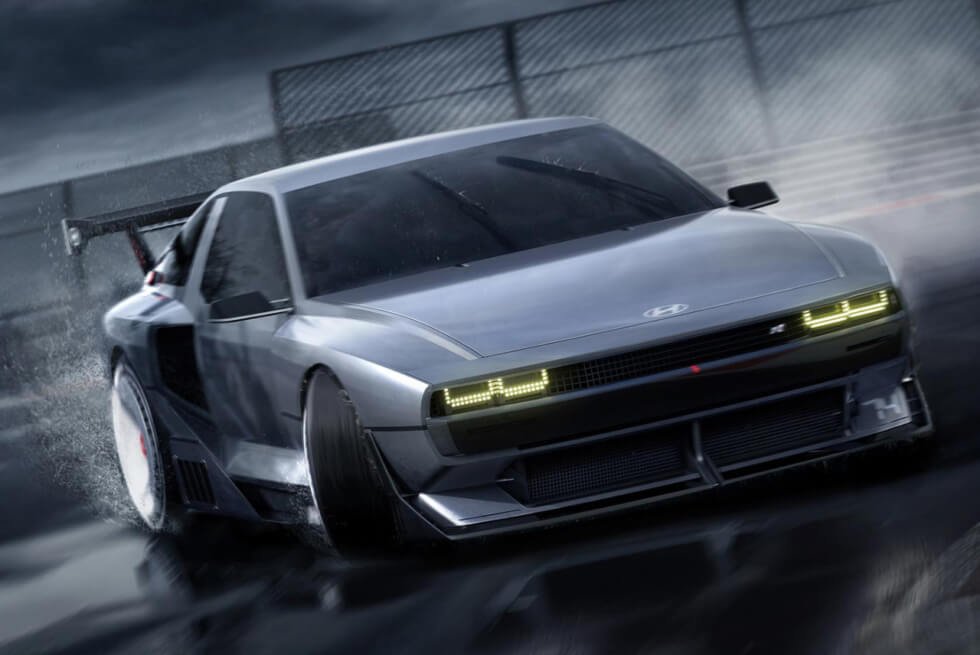 If Hyundai’s recent unveiling of the Ioniq 6 was not enough of a thrill for EV buffs, then perhaps its follow-up might be. Here we have a retro-futuristic entry from the marque’s N division. For those of you wondering, this is the team handling their high-performance ventures. Its latest project is the N Vision 74.

As you can see, carmakers cannot avoid comparisons with Cyberpunk 2077 each time they go for futuristic aesthetics. However, if you look closely, Hyundai N’s new creation also embodies some classic elements. The striking silhouette may look familiar because of its combination of two designs.

Drawing inspiration from concepts like the 1974 Pony Coupe and the N 2025 Vision GT, the N Vision 74 sports timeless appeal. Hyundai N also refers to it as a “Rolling Lab” to explore the capabilities of its hydrogen fuel cell technology.

Battery-electric systems may be more ubiquitous, but that could change down the line. So far, for the commercial hydrogen-electric scene, we only have the Honda Clarity, Toyota Mirai, and Hyundai Nexo. Maybe the eventual arrival of the sleek N Vision 74 can renew the interest surrounding hydrogen fuel cells.

Power comes from the rear wheels, which benefit from Hyundai N’s e-TVTM (electronic Torque Vectoring by Twin Motors) technology. Each is rated at 235 kW and enhances the cornering capabilities of the N Vision 74. Output is approximately 670 horsepower and 664 lb-ft of torque.

Its 62.4 kWh battery and hydrogen fuel cells boast a driving range of more than 372 miles. We also like how to cockpit copies the layout of the 1974 Pony Coupe’s cabin but with updated elements. You can bet the N Vision 74 will have its fans upon release. 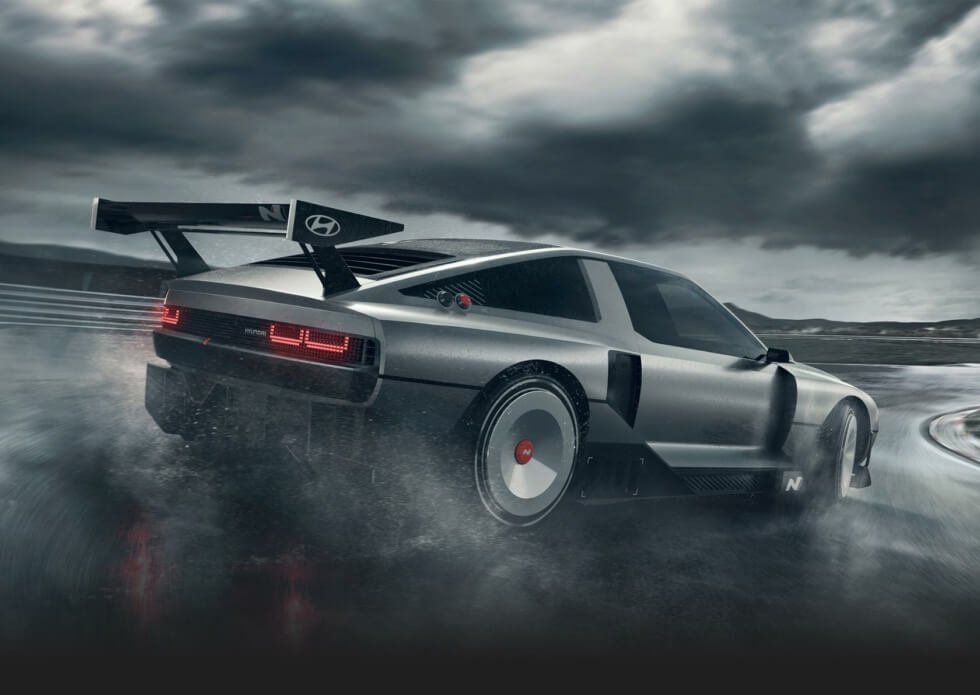 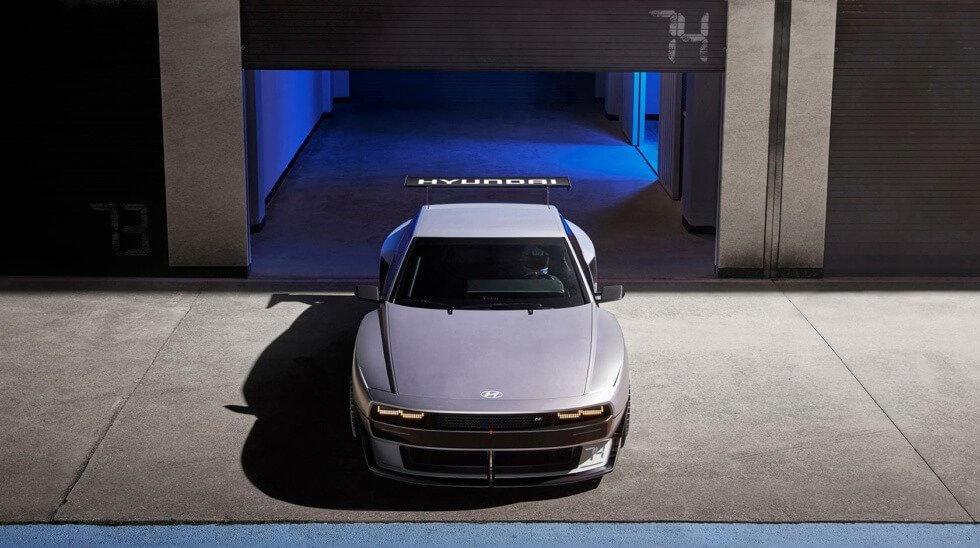 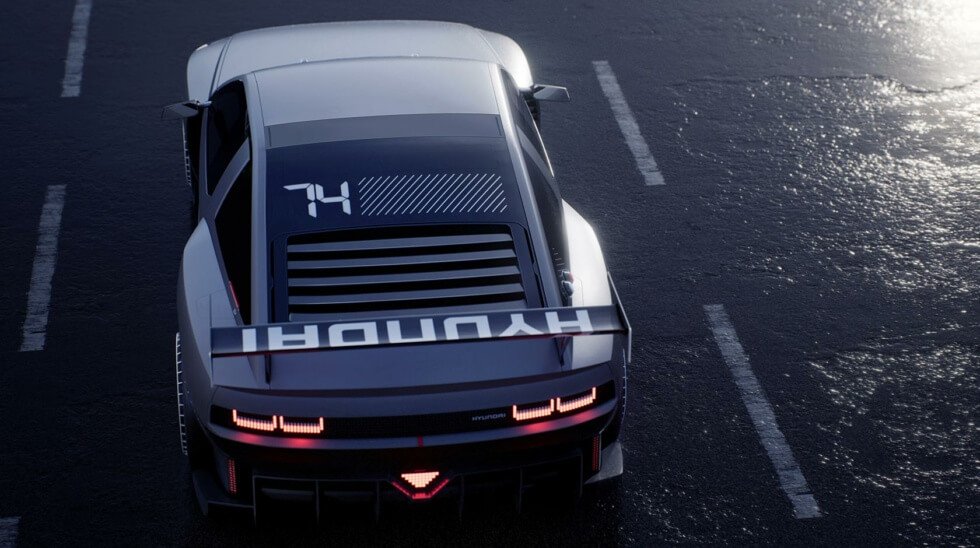 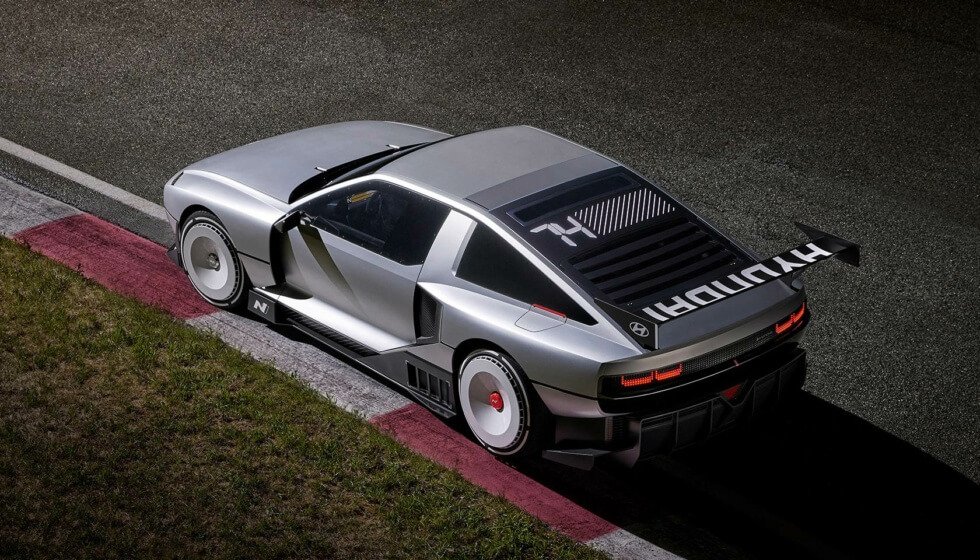