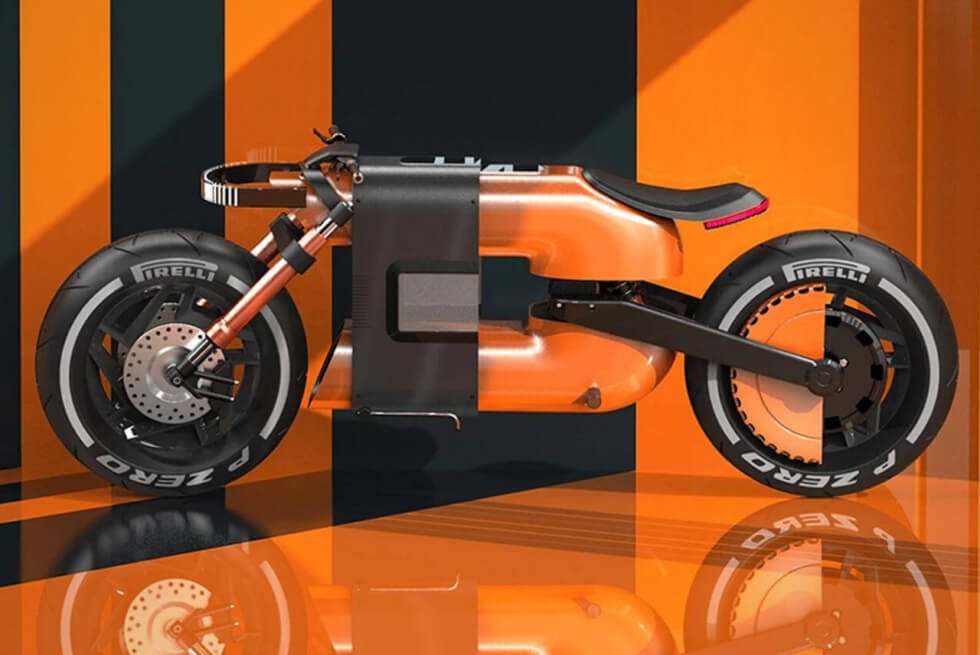 Not long ago, the AMB 001 finally launched which makes it the first motorcycle from Aston Martin. It’s not alone in the endeavor as the superbike was developed in partnership with Brough Superior. Until other carmakers eventually introduce two-wheelers of their own, one designer proposes a concept called the IONIQ Q.

If the name seems familiar, that’s because Hyundai uses it to designate its lineup of EVs. However, not only is Ji woong Cha going for an electric café racer platform, but he’s also incorporating the “Q” into the design. It’s not immediately noticeable, but the frame and swingarm form the letter.

The South Korean automotive group may not have an electric motorcycle in development, but this concept might give them the push to do so. The IONIQ Q’s wheelbase is longer than your average moto while the body is split into two right at the swingarm’s pivot point. Also, peeking out within are two shock units.

As we move toward the front, we have a frame support structure that wraps around the two halves of the body. There are two cutouts that hold what appear to be acrylic or glass windows to emphasize the void in between. The IONIQ Q houses its battery in the bottom section where an air intake grille helps cool down the unit.

It may look muscular, but there are enough curves to give it a sportier appeal. The Hyundai IONIQ Q rides on two beefy wheels shod in Pirelli P Zero slicks. Ultimately, the fact that it packs an emission-free powertrain should be enough to attract environmentalists. 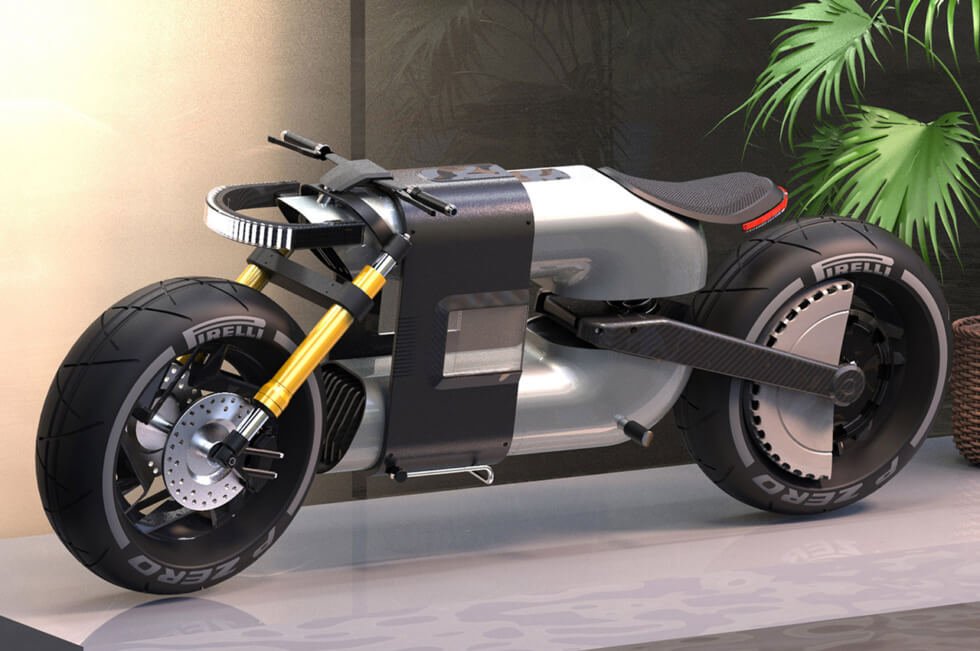 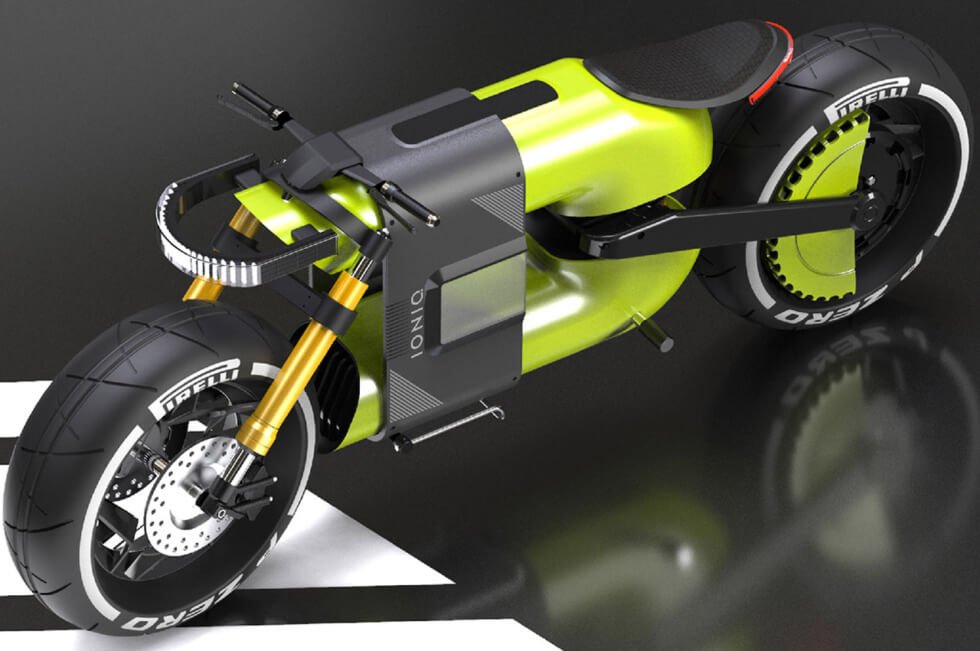 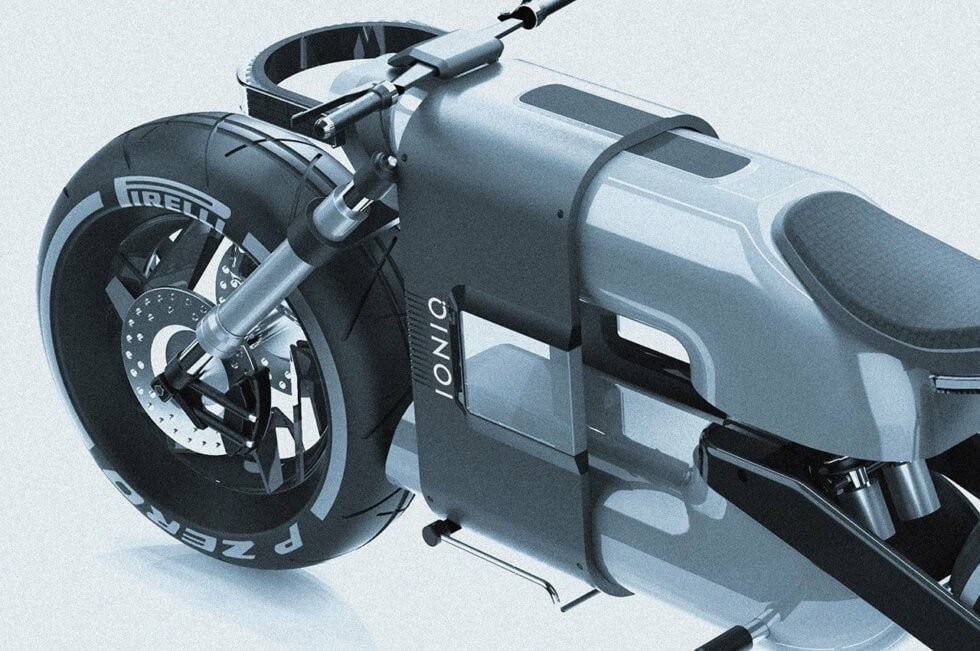 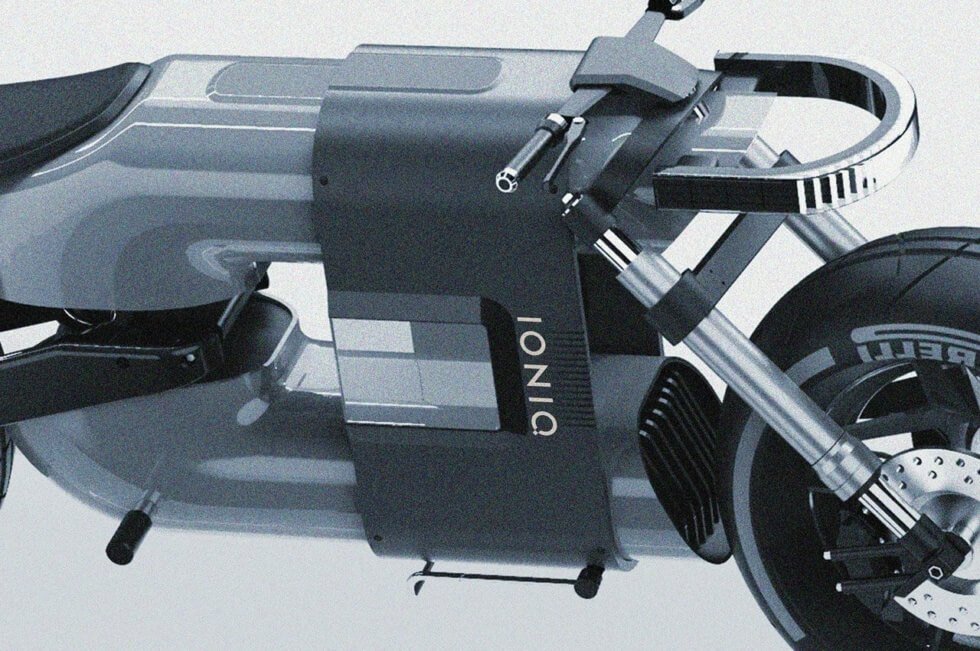 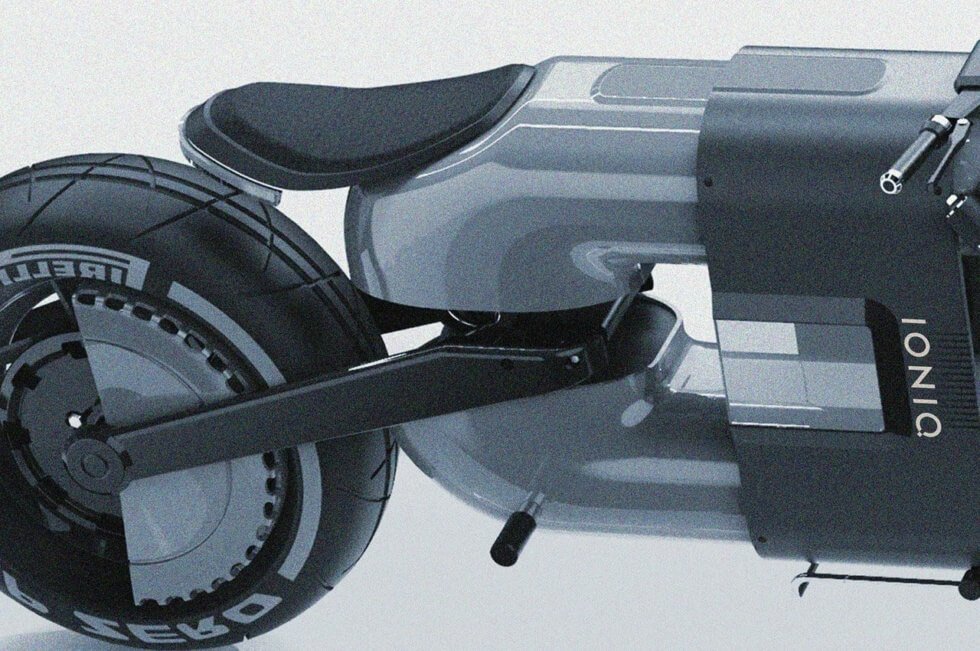 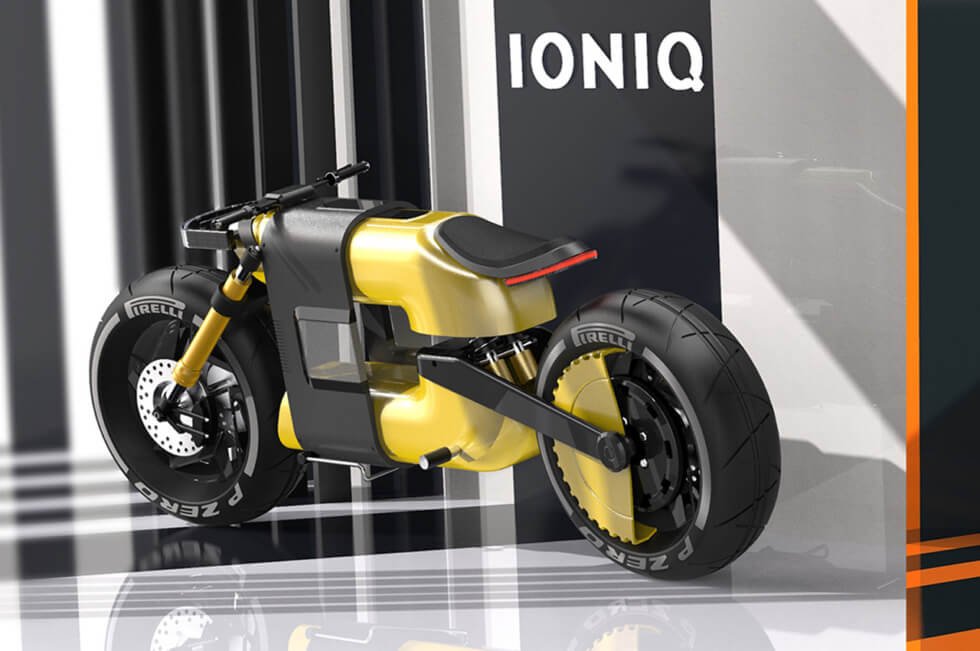