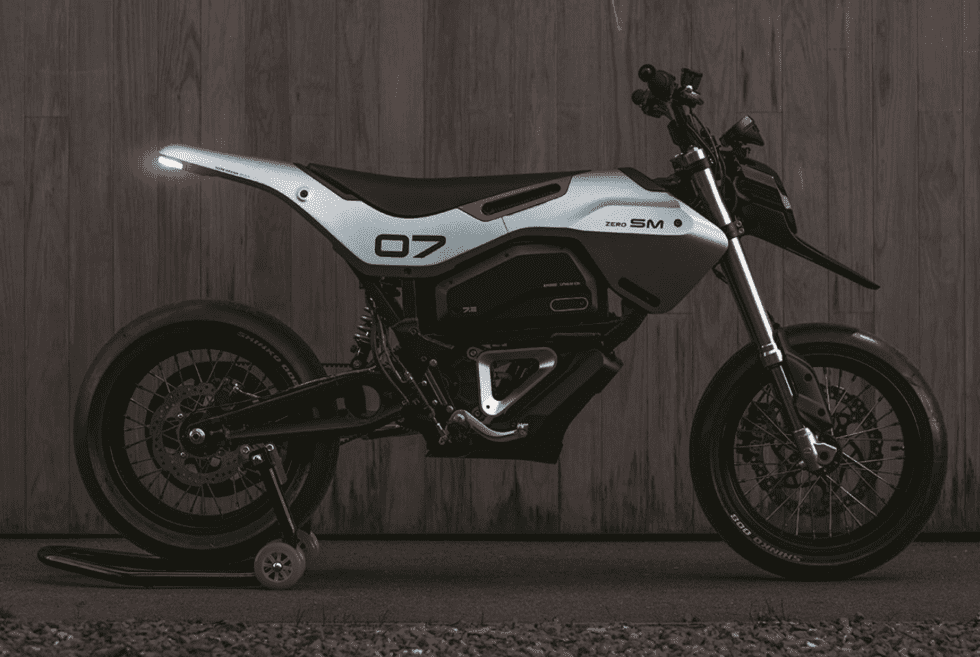 The industry is clearly heading toward an emission-free future and the platforms getting us there are becoming even cooler. Not only is the movement limited to four-wheel transport, but motorcycles are likewise migrating over to battery power. It’s easy to overlook these advancements due to the overwhelming publicity of the car industry. Not to worry, with upcoming rides like the all-electric Huge Moto Zero FXS, it’s sure to grab everyone’s attention (just like it did ours).

To achieve this cool design, the electric bike company sought the help of Bill Webb, the founder of Huge Moto. He reportedly wanted to create something that’s seamless, lightweight, and futuristic. Hence, the concept draws inspiration from Bruce Lee’s philosophy regarding speed and agility. The result looks amazing with a lean angular design that already suggests impressive performance. In our opinion, the custom version is good enough to replace the original anytime.

Don’t get us wrong, we also like the stock variant of the two-wheeler, but you have to admit that the tweaks add more style. Other than the new bodywork, the lower portion of the frame that houses the battery and motor likewise get a reword. The resulting form factor appears sleeker and dynamic than before. Other upgrades include premium Fox Racing shocks and a pair of 17-inch Sun rims with off-road tire for extra measure. Excluding the modifications made to its appearance, the Huge Moto Zero FXS mechanical system remains intact. Therefore, you still get a top speed of 85 mph and a range of 100 miles on a single charge.