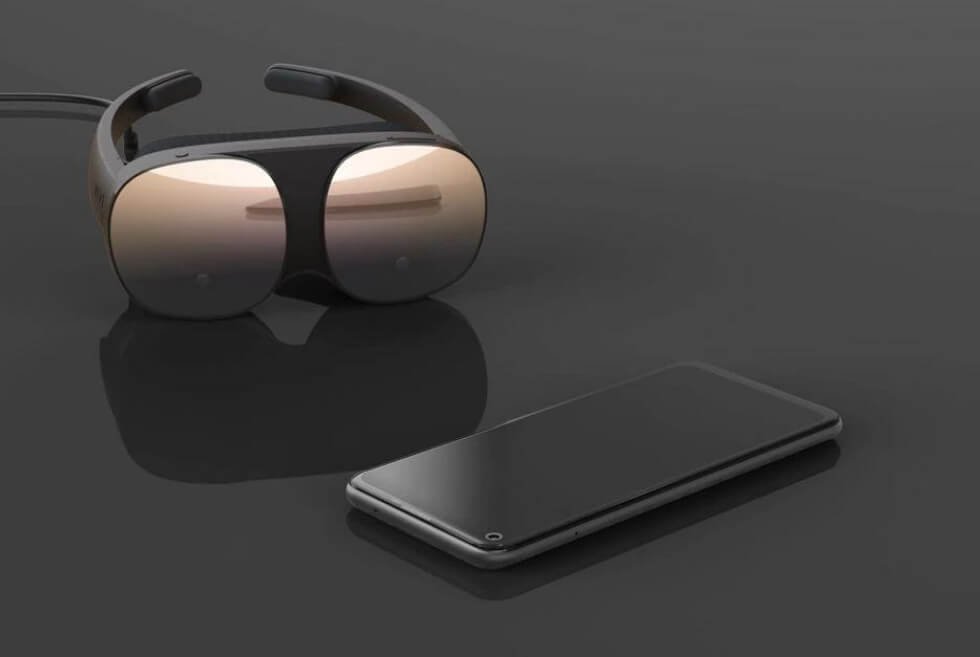 Modern virtual reality (VR) technology has advanced to a point where users can enjoy the most immersive experience. However, the majority of virtual reality headsets with these capabilities also require computers with beefy specifications. Here lies the main issue. Although you can run practically almost anything, you sacrifice portability. Standalone models, on the other hand, like the VIVE Flow from HTC, offer another type of immersion.

Even until now, gaming is predominantly the reason why we purchase VR headsets. Interaction in virtual space is completely different from playing on a PC, console, handheld, and smartphone. What the manufacturer plans for the VIVE Flow, meanwhile, is to give us a digital escape from reality that promotes relaxation. As such, everything about the device has been engineered to deliver just that.

What Does It Do? 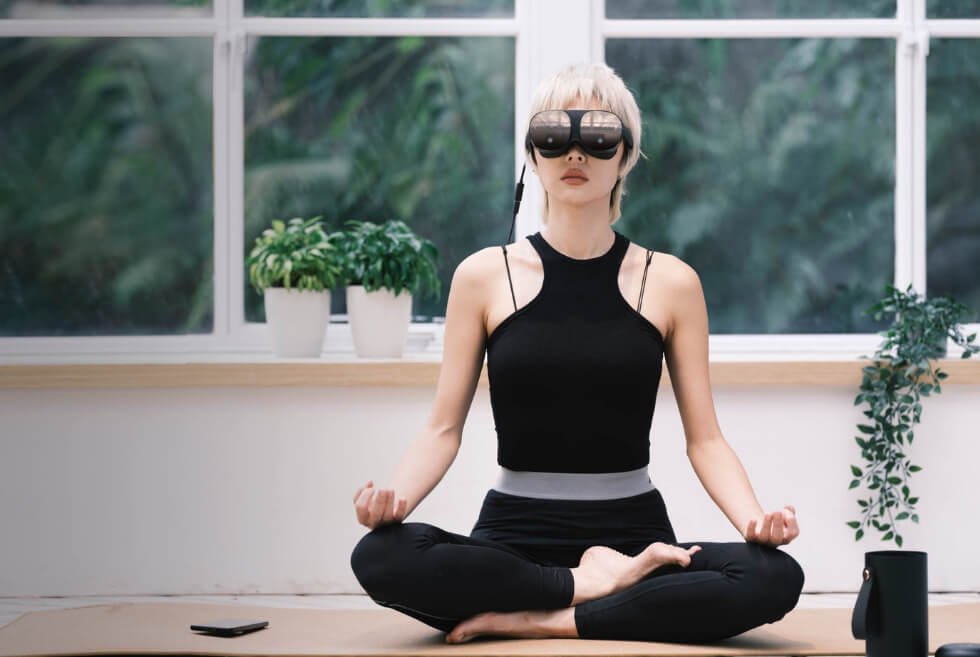 As we pointed out earlier, the VIVE Flow is a standalone VR headset. What sets it apart from other models in HTC’s virtual reality lineup is how it caters to specific users. Although it runs on Qualcomm’s Snapdragon XR1, the resources it ships with does not really equate to gaming-grade goodness.

Instead, the company notes that its primary function is for “on-the-go wellness.” There are no controllers that ship in the package, but the best way to go about it is to pair your compatible smartphone via Bluetooth, which turns it into a touch controller. The software can also mirror whatever is on your handset’s screen so you can still use it, albeit in virtual reality.

Turn any space into a distraction-free environment for you to meditate in or just relax. The built-in speakers are adequate enough, but hook up your Bluetooth headphones for full immersion. You can even watch movies, attend VR concerts, play some games, and so much more. 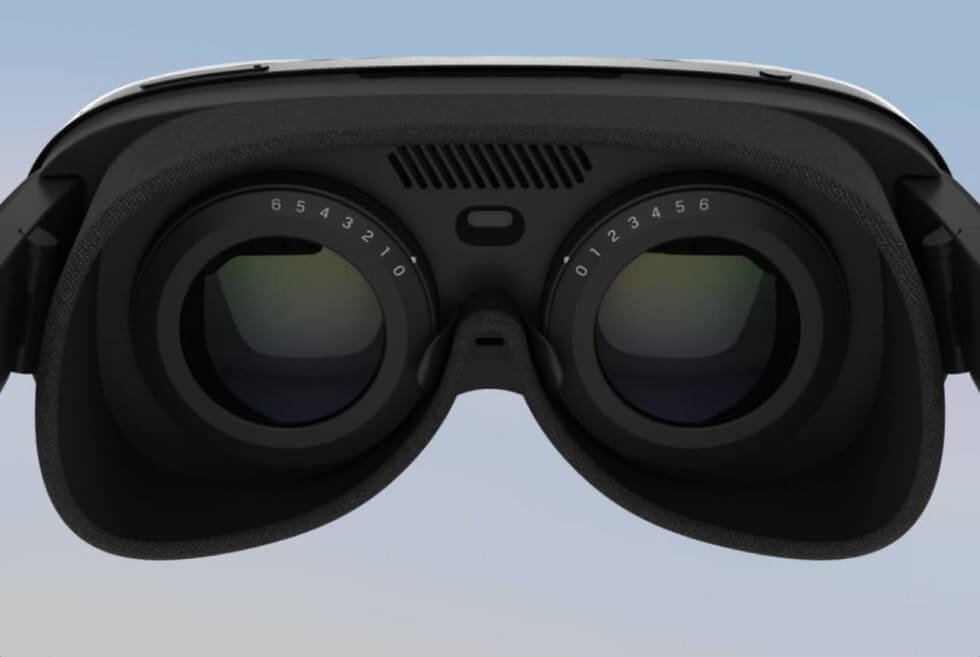 We’ve been referring to the VIVE Flow as a VR headset when we should be calling it VR immersive glasses. HTC’s design team managed to pull off a major departure from the usual heavy and clunky form factor. Instead, what we have here looks just like a regular pair of sunglasses, but only slightly chunkier. It even folds down like one.

Behind the iridescent amber lenses are two forward-facing cameras that handle the 6-DoF head tracking. Given users will likely have these on for extended periods of time, the VIVE Flow boasts an active cooling system. Most VR headsets start to feel stuffy as the heat gradually builds up over time.

The replaceable fabric-covered gasket feels plush even as it seals you off the outside world. It locks in place with the help of magnets. If you tend to sweat a lot, keep a spare handy so you can swap it out anytime. We’re also glad that HTC took weight into consideration as 189-gram device barely feels like it’s there. Moreover, instead of straps, it uses a dual-hinge system for the perfect fit.

If you wear glasses or contacts, you’re going to love the adjustable diopter lenses for each eye. This allows the VIVE Flow to keep its slim profile since it does not need to consider spacing for eyewear. The bottom-firing speakers are cleverly integrated into each of the two temples for discrete stereo audio. Finally, you have a single cable with a USB-C port that hangs out of the right side. 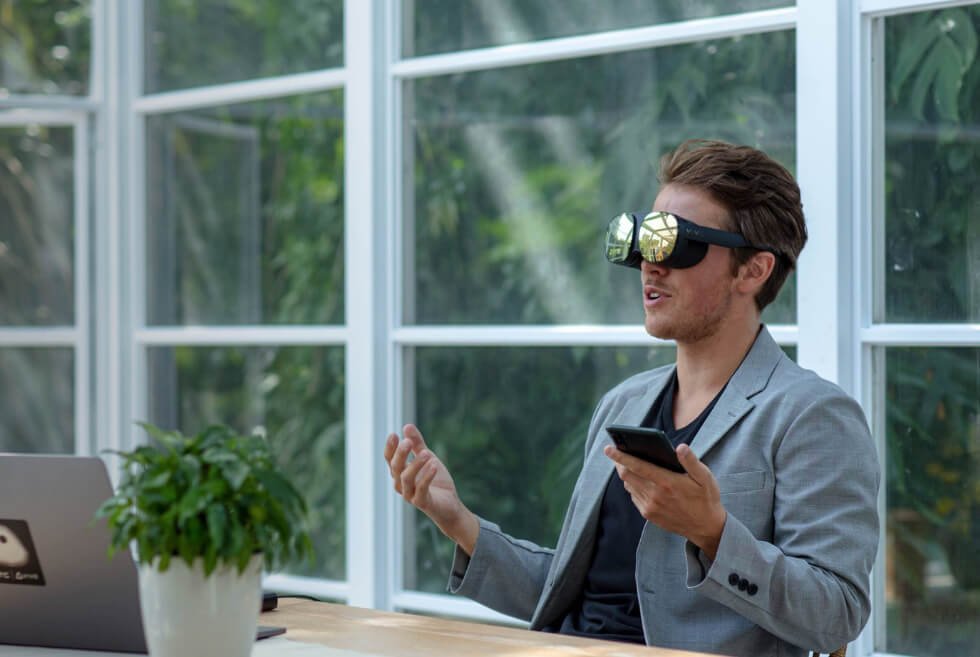 Our Take On The VIVE Flow 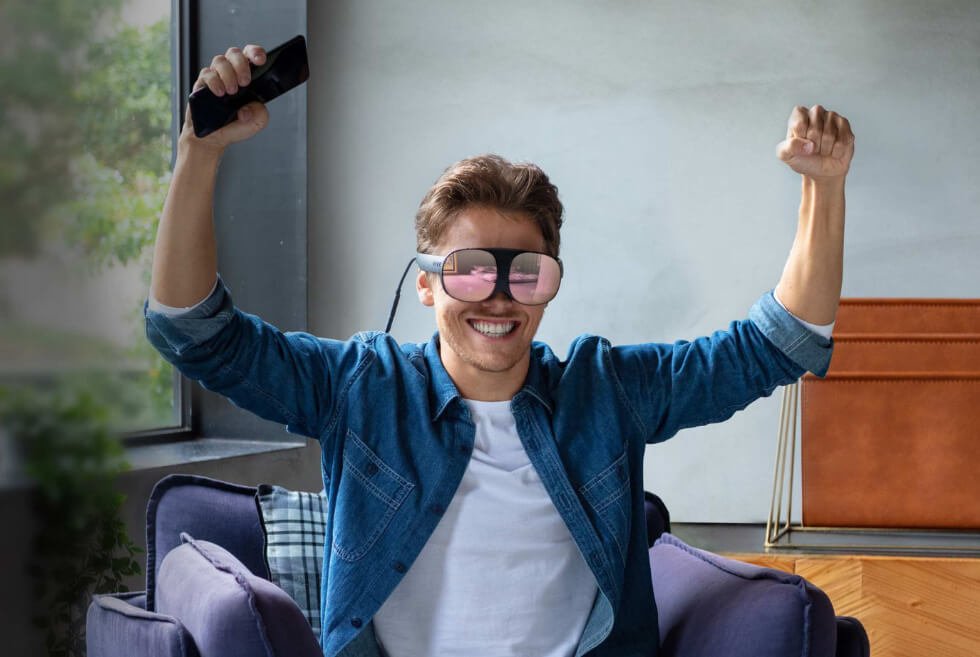 Using VR Headsets for taking virtual tours, watching movies, playing games, and everything else the VIVE Flow is promising is nothing new. Nonetheless, HTC nailed the form factor and functionality here. You might look silly wearing these oversized pair of sunglasses with a wire sticking out in public, but it sure beats whatever the competition has on the shelves right now.

The designers have really taken into account most of the issues that plague regular standalone VR headsets. Still, it is far from perfect. We know some tech-savvy folks will find it’s missing some key features, but they should also understand that the VIVE Flow is primarily geared for wellness with a splash of entertainment thrown in.

So far, the only gripe we have is the absence of a high-capacity battery. We know this was an intentional decision on HTC’s part to keep the VR glasses as portable as possible. Yet, there will be potential buyers who consider this as a major letdown. Overall, we believe it’s a good starter unit for people who are new to the virtual reality experience.

Jacob Bromwell Flasks: Get Up to 75% OFF To Celebrate Independence Day

If you've always wanted a premium quality flask for your drinks, Jacob Bromwell offers a sizeable collection of options for the discerning buyer.