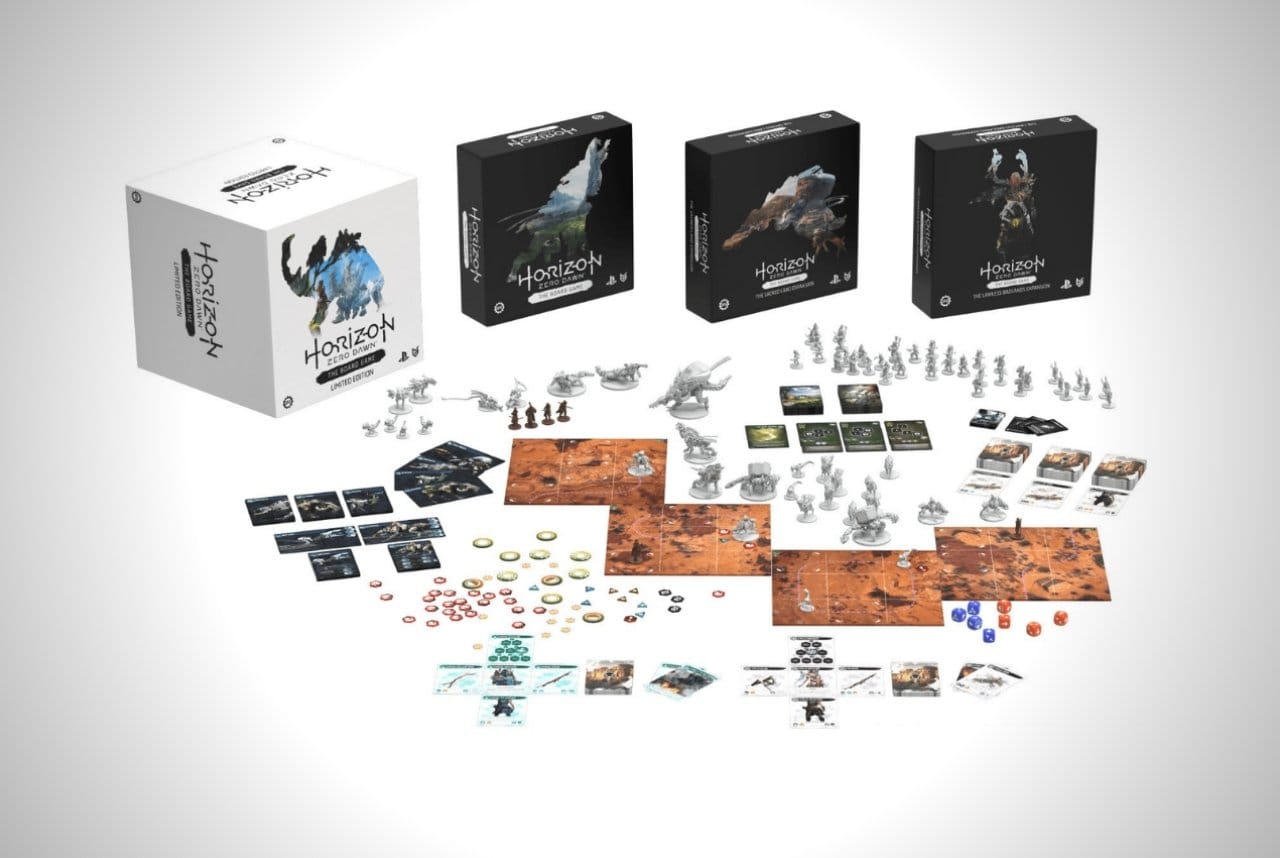 Horizon Zero Dawn The Board Game

In 2017, Sony PlayStation 4 owners were the proud few who were able to play Horizon Zero Dawn. The award-winning open-world adventure title won the hearts of many gamers and also the approval of critics. Developed by Guerrilla Games, most of the gaming community thought that it will remain a console exclusive. However, it was later revealed that it will get a PC release late in 2018. For those who haven’t picked up the game yet, we highly recommend that you give it a go. On the other hand, you can also opt for Horizon Zero Dawn The Board Game instead.

Due to its popularity, it looks like the adventure won’t stop anytime soon as it makes its way to your tabletop. The board game version of the post-apocalyptic role-playing title is in the expert hands of Steamforged Games Ltd. It’s not exactly the first AAA video game to get the tabletop treatment. We’ve seen crowd-pleasers such as The Witcher, Fallout, Assassin’s Creed, and others also make the transition.

You can go solo or take on the challenges with three more people for a total of four players at any given time. The set includes four default hunter figures, one figure of Aloy (the game’s female protagonist), four Striders, four Scrappers, four Grazers, four Watchers, two Sawtooths, and two Shell-Walkers. You can also grab the optional expansion packs to add more figures. Horizon Zero Dawn The Board Game is an interesting opportunity to play as a group—compared to the single-player campaign offered by the video game version.

Not only do you get detailed scale models of the iconic sets, but the Seinfeld gang are also represented with five LEGO minifigures.

Aside from the RGB strip on the bucket seat and legs, Razer is turning the Project Brooklyn into an all-in-one entertainment platform.

The Big Timber Elite from Wood Pellet Products can generate up to 90,000 BTU of heat across a 450 square feet radius with virtually no smoke.

Go Camping In Style At The Boomkamp Treehouse Hotel

The Boomkamp Treehouse Hotel lets you enjoy the natural wonder of the Bruges' Ryckevelde forest as you sit on the terrace under a waterproof and fire-resistant roof.