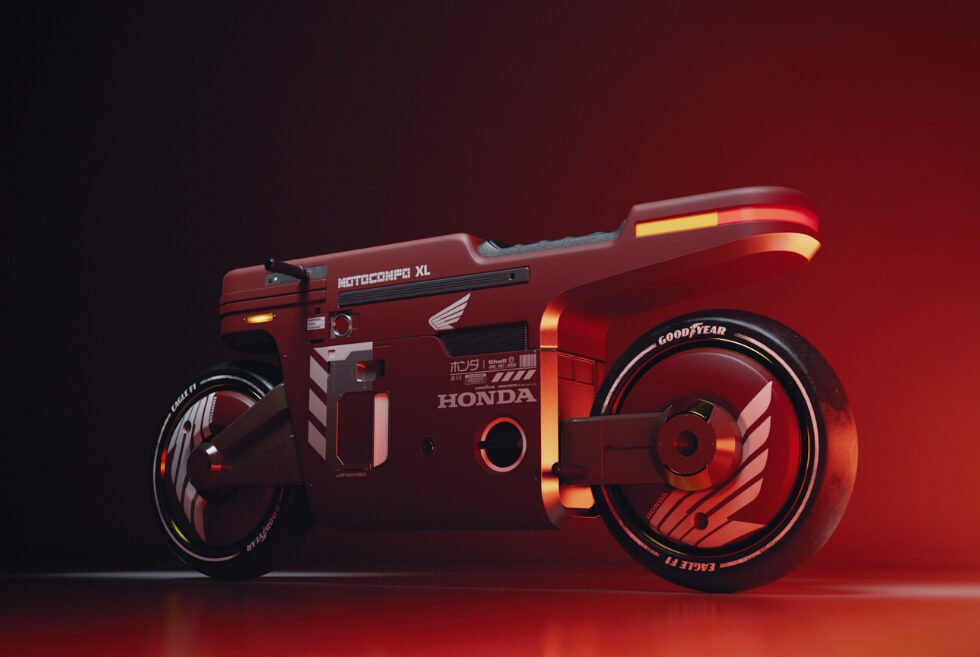 Anime fans are aware of just how epic Katsuhiro Otomo’s “Akira” was when it debuted in 1988. Critics praised the animation, the story, and most of all, the badass depiction of how motorcycles of the future might look like. Even until now, there are countless two-wheeler concepts that draw inspiration from Kaneda’s bike. Just like the Honda Motocompo XL here.

Yeah! You’re right, it’s hardly the badass superbike you’ve seen the film’s protagonist ride, but it’s somewhat close. This concept takes elements from Honda’s vintage folding scooter and introduces tweaks to bring it up to speed with other modern offerings. Perhaps the most notable upgrade is the size of this two-wheeler.

They’re not calling it the Honda Motocompo XL for nothing as evident by its larger and sportier silhouette. Its configuration tells us that the folding mechanism of the original did not make the cut. We think the artist behind this concept – Allan Williams – should revisit this idea down the line. It could use some quirky gimmicks to set it apart from every other e-bike hitting the market.

As it stands, the Motocompo XL appears straight out of a video game. Judging by the seat, handlebars, and missing ergonomics, long rides might become an issue. Hub center steering is the likely setup here. The chunky outline looks solid enough to house and protect its electronics.

Likewise, Honda branding and some minimal racing liveries are visible on the body panels. The LED lighting is just where it should be, but we’re unsure if the top-mounted display shows the speed or the battery level. Finally, the Honda Motocompo XL sits on wheels shod in what seems like Goodyear Eagle F1 tires with aero-disc covers. 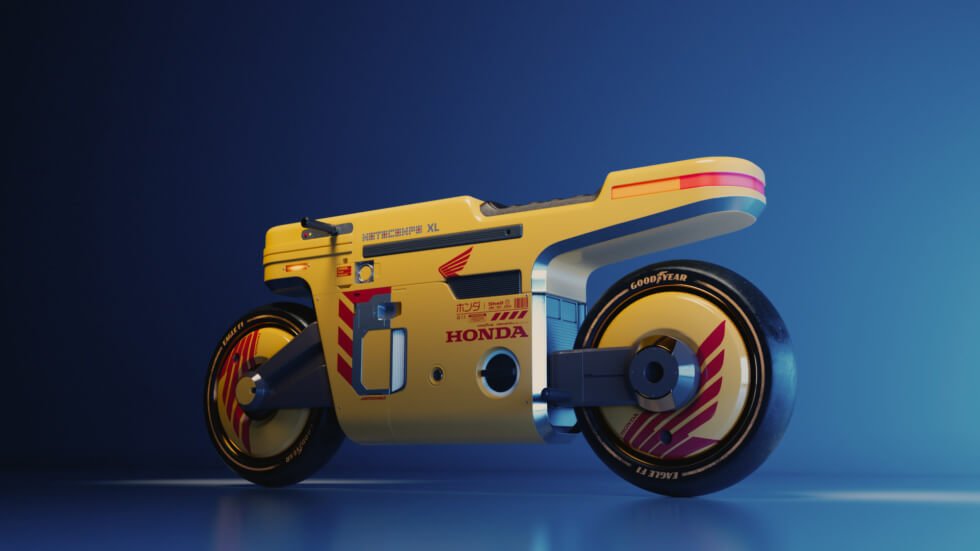 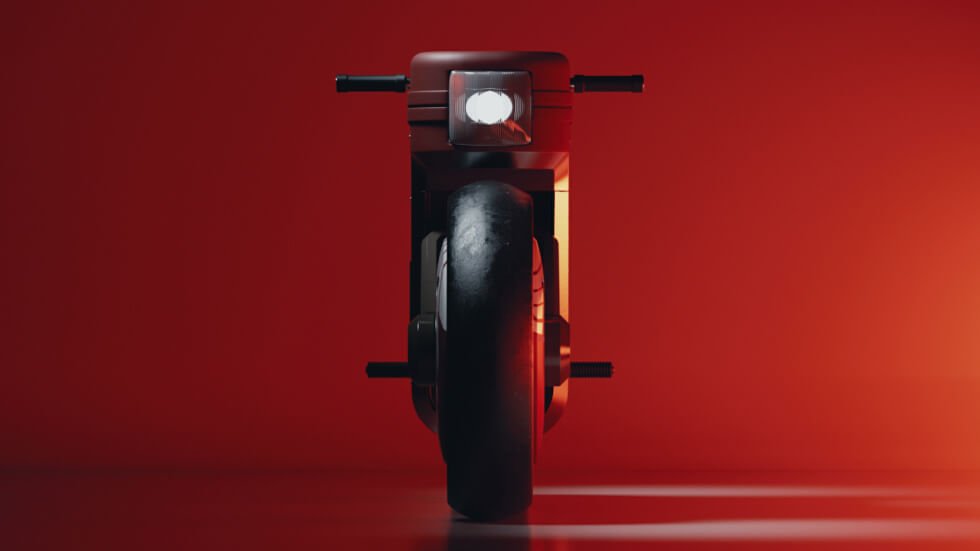 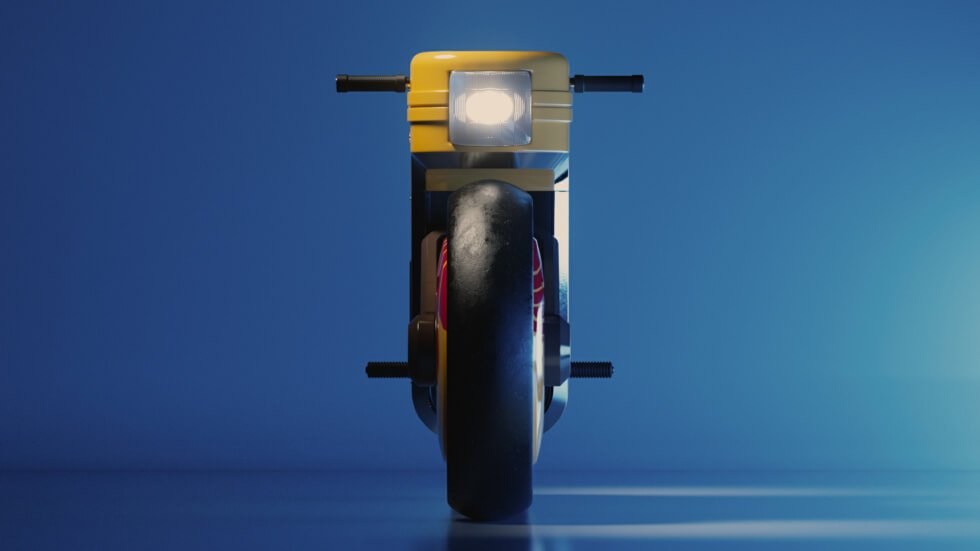 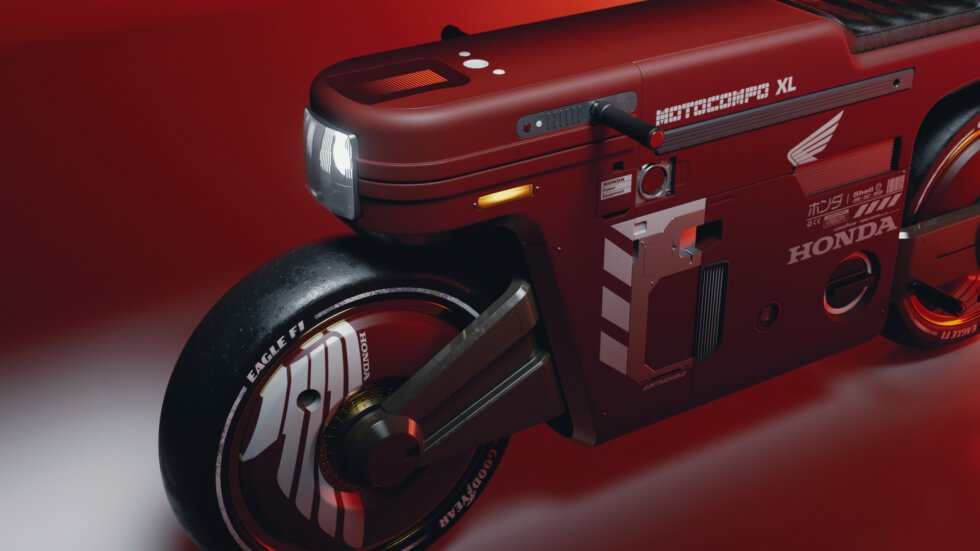 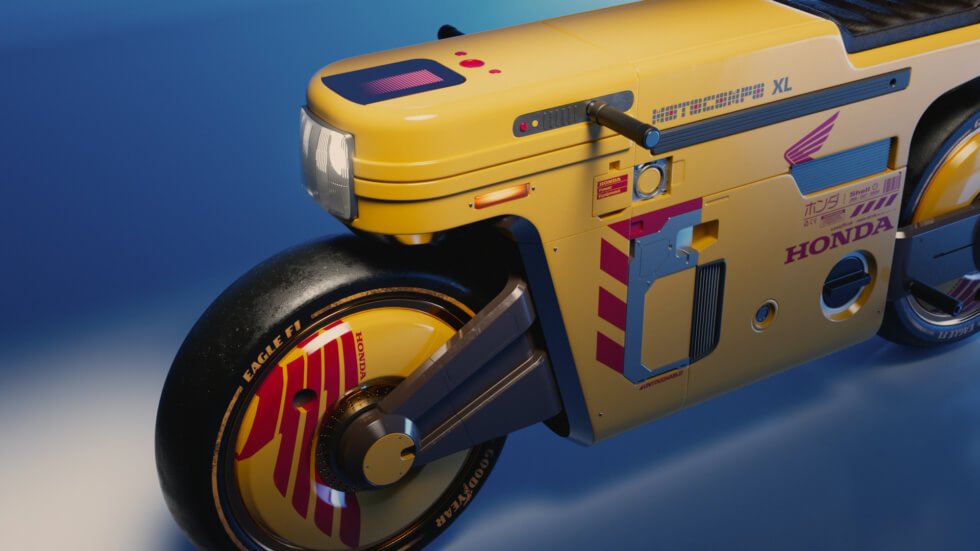 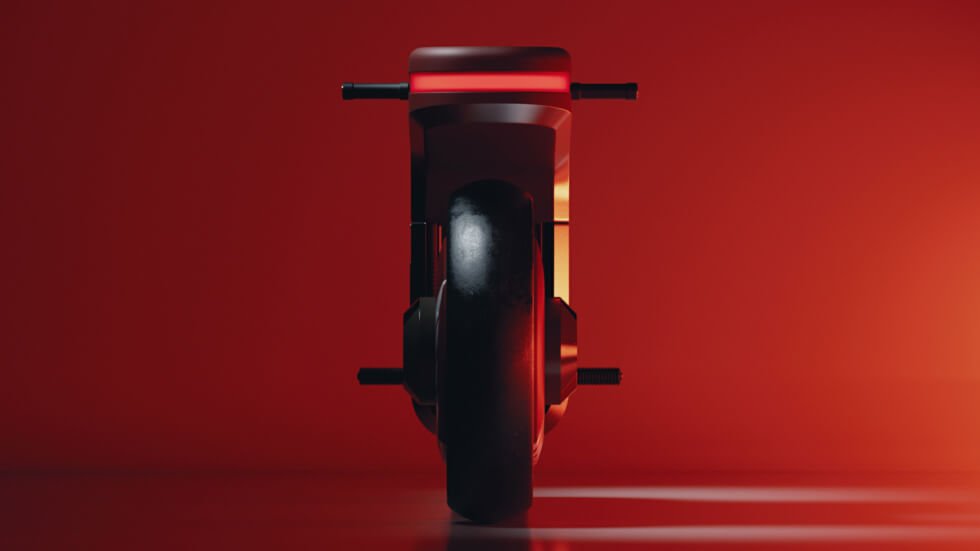 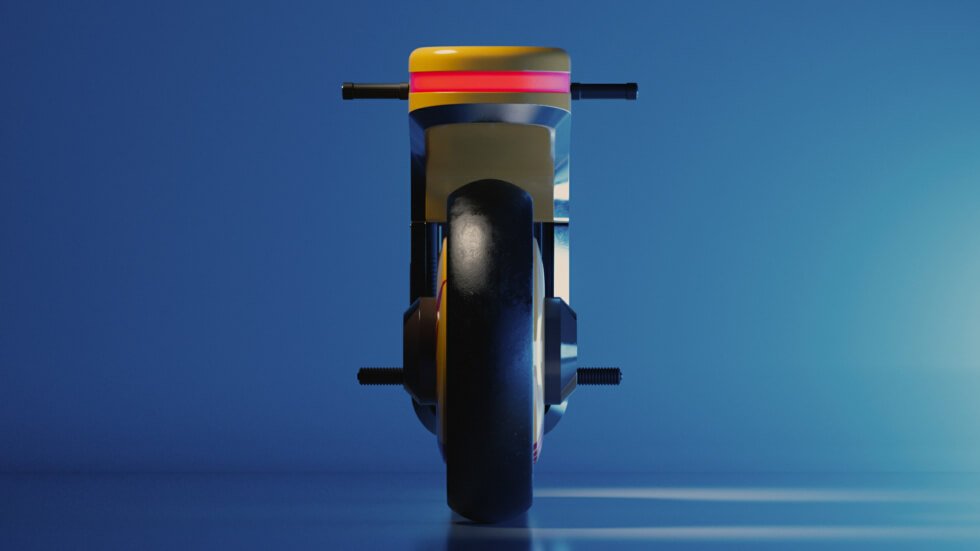 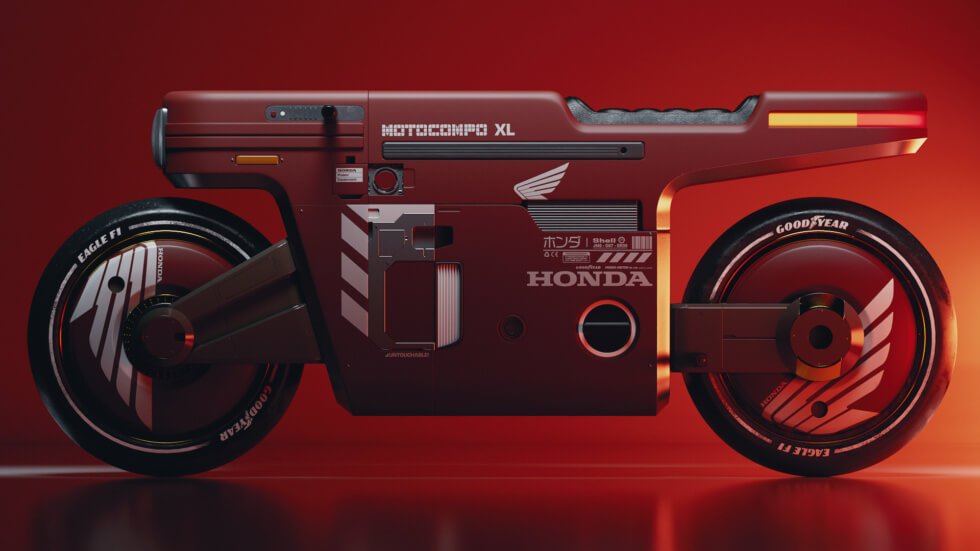 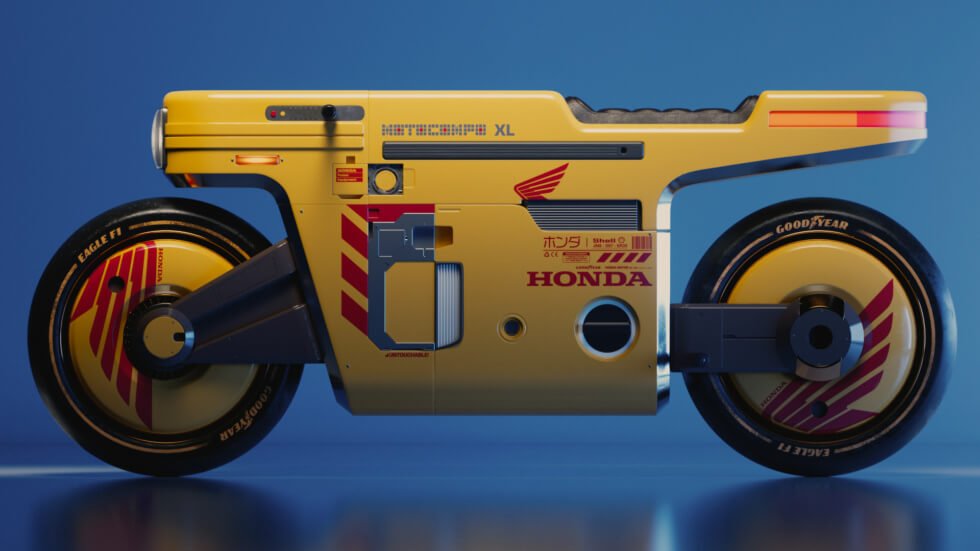 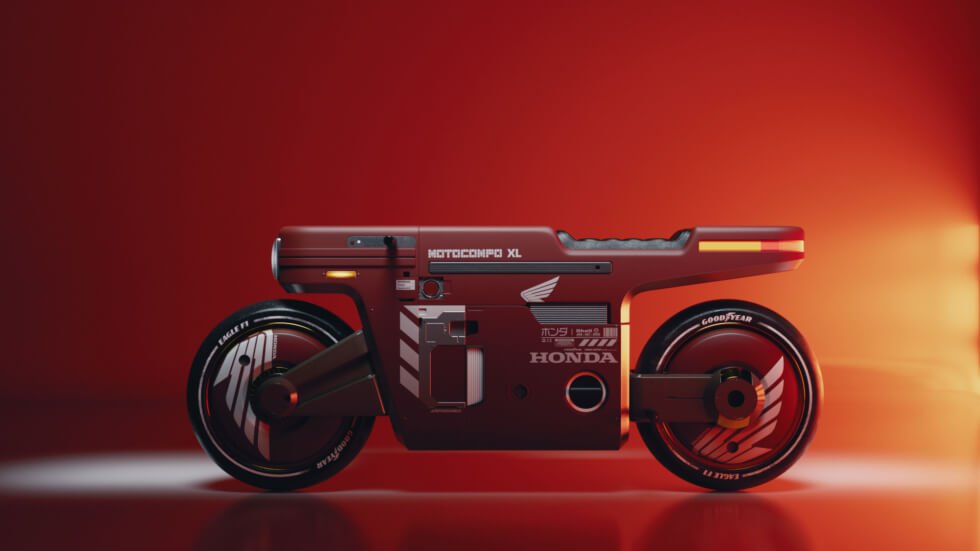 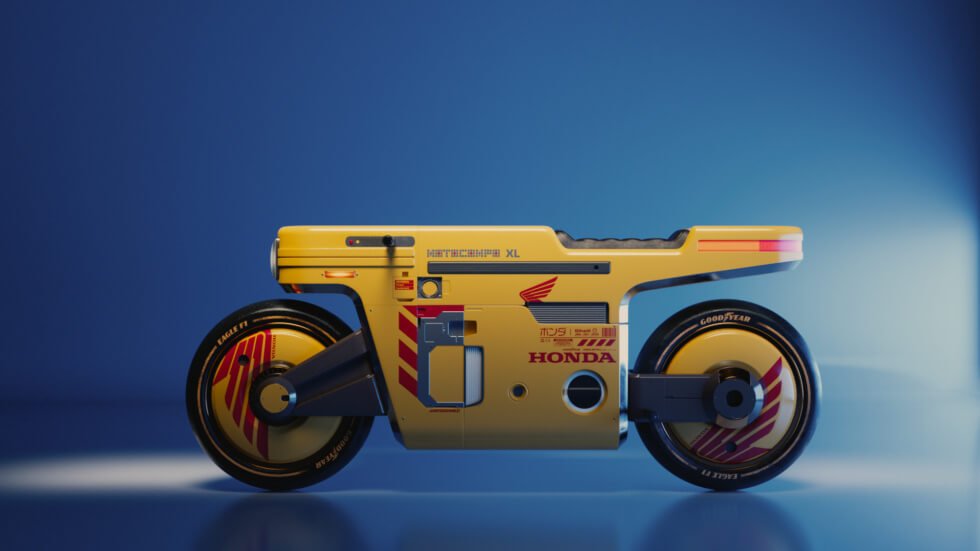 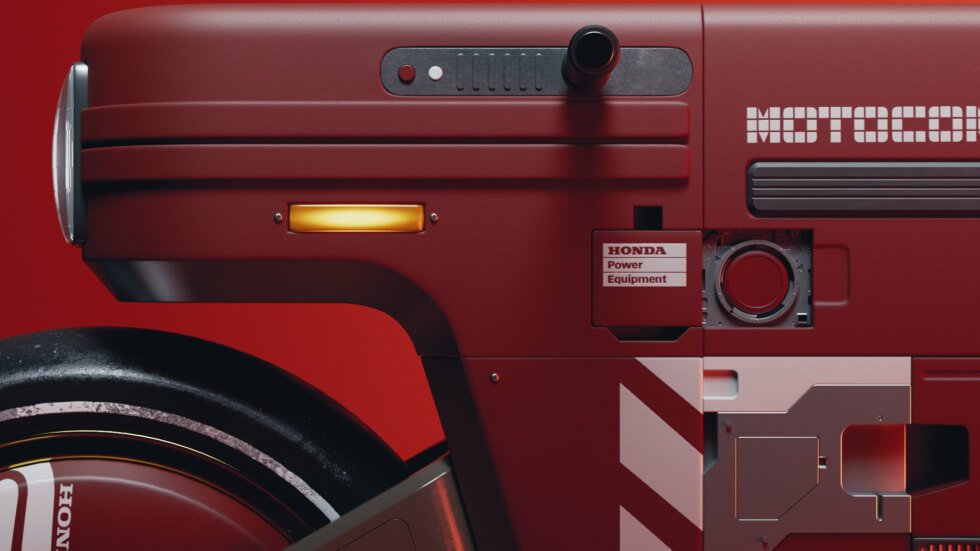 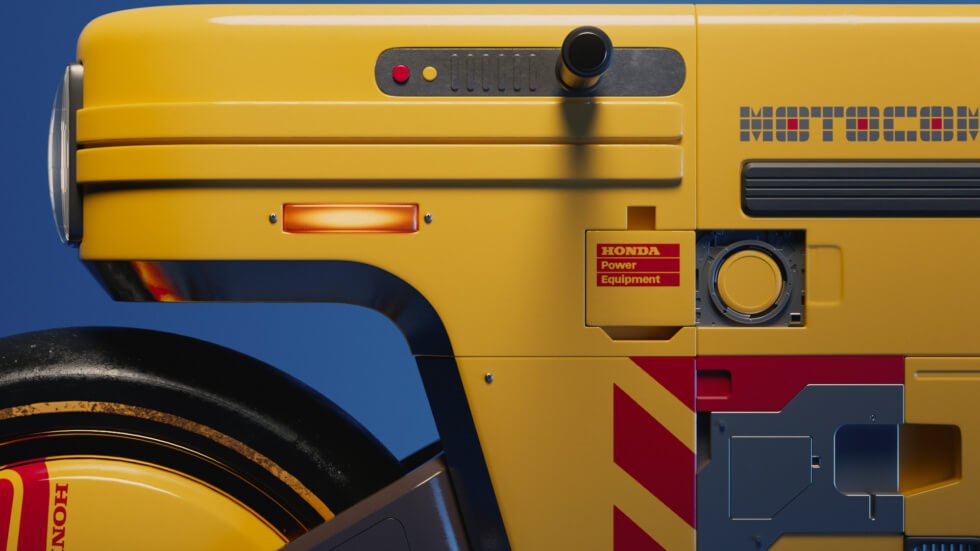 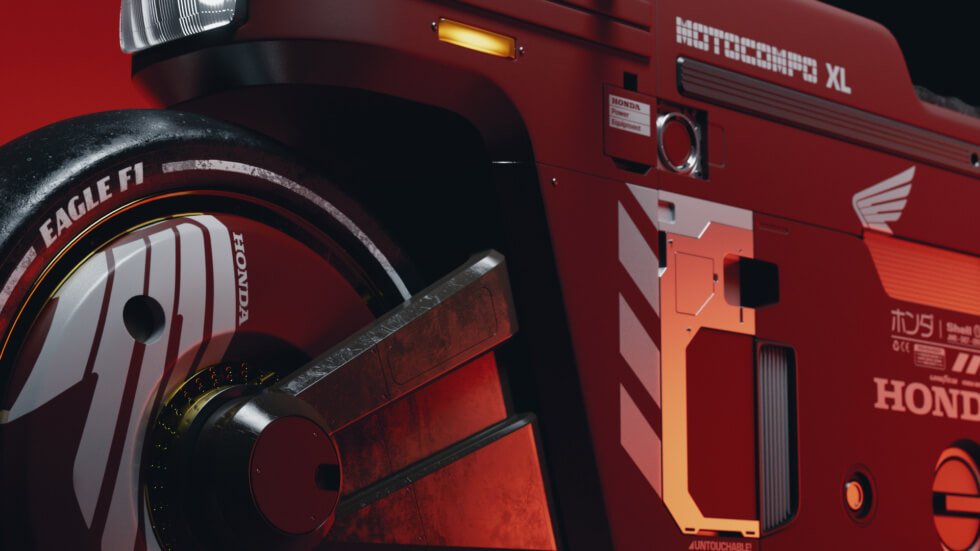 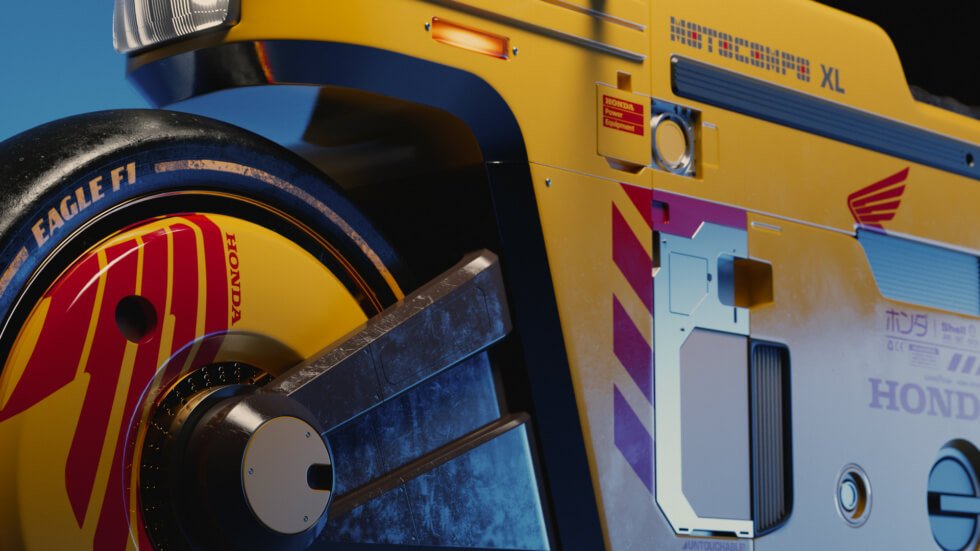 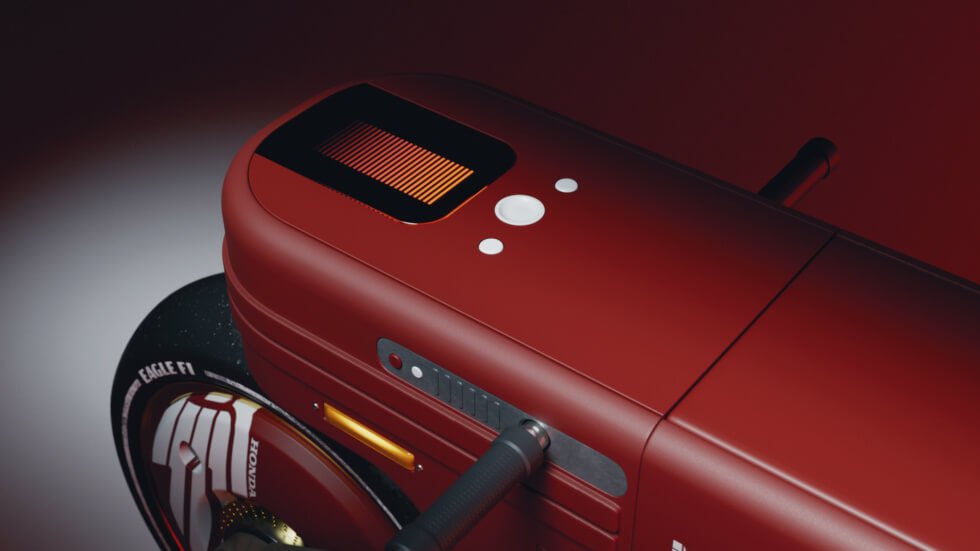 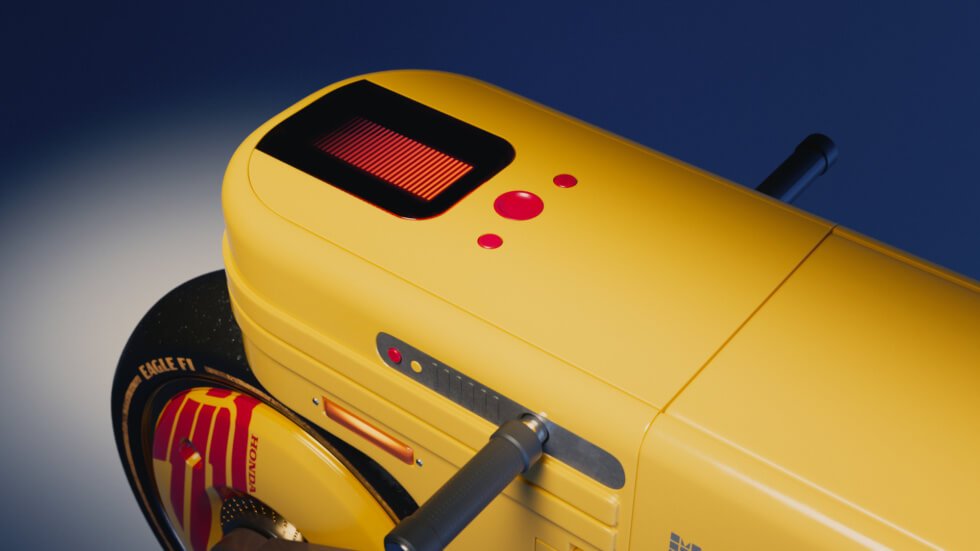 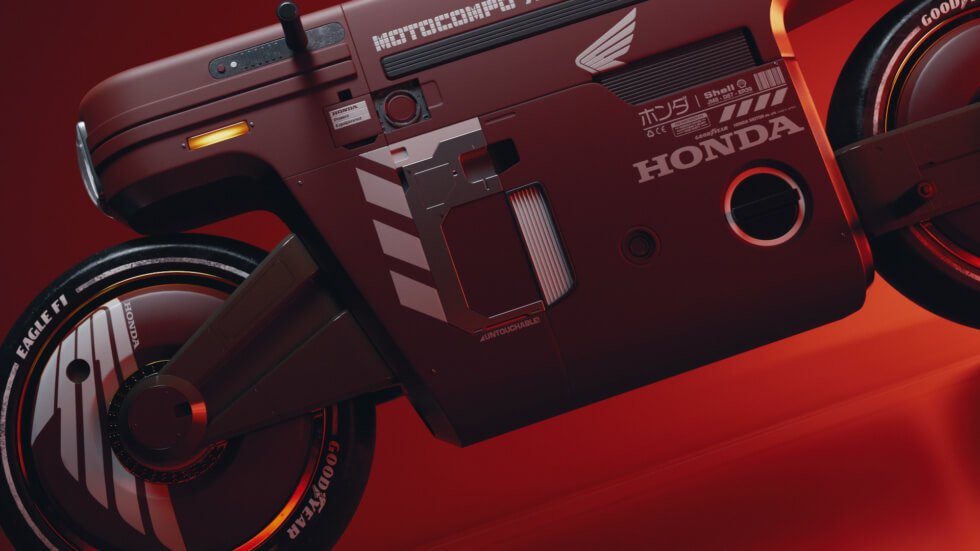 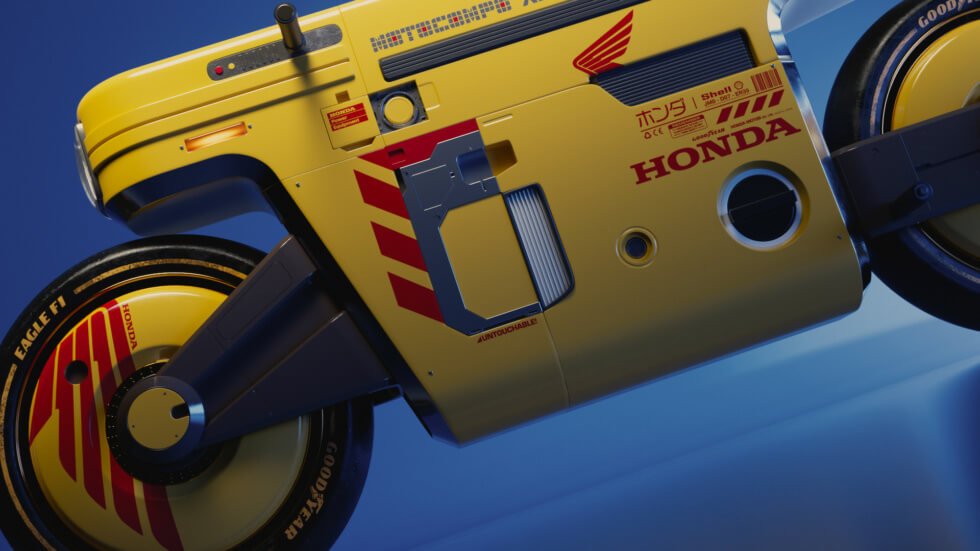 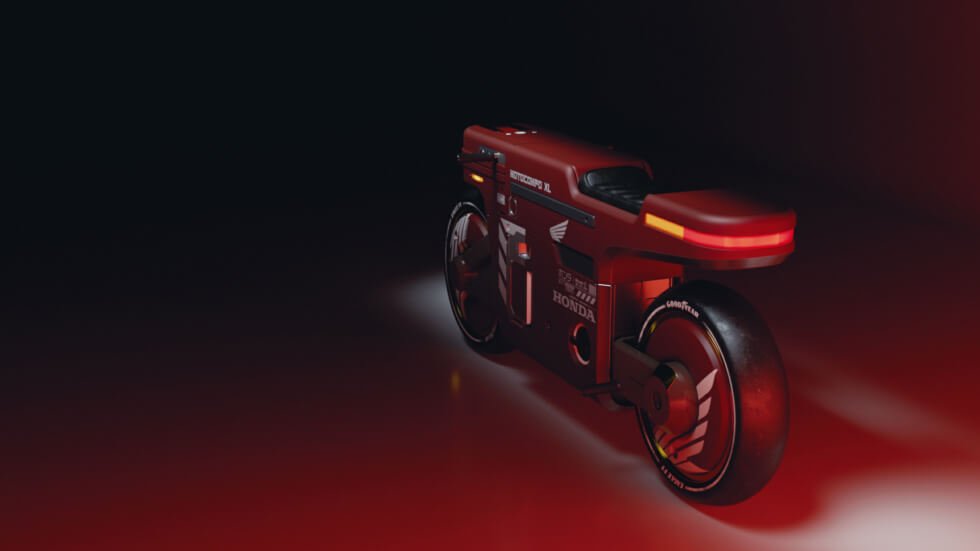 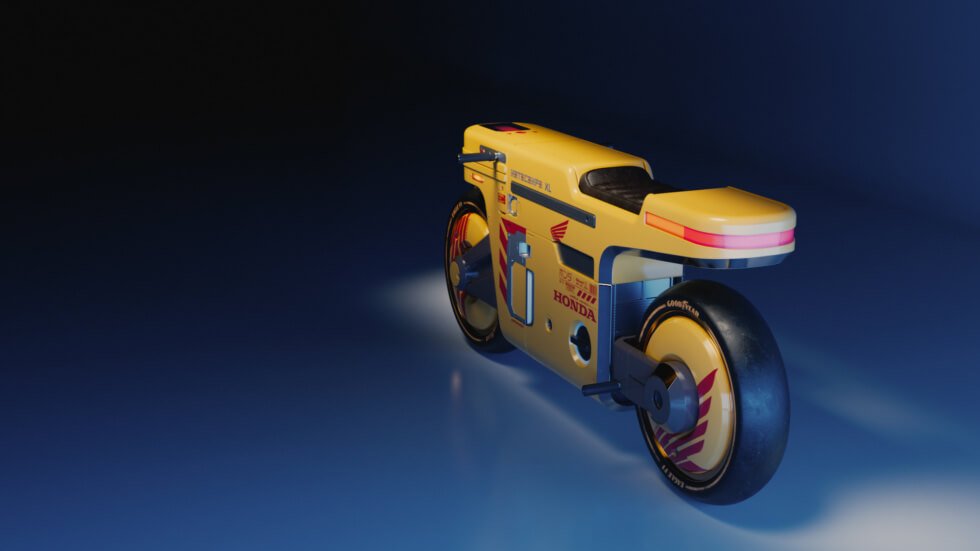 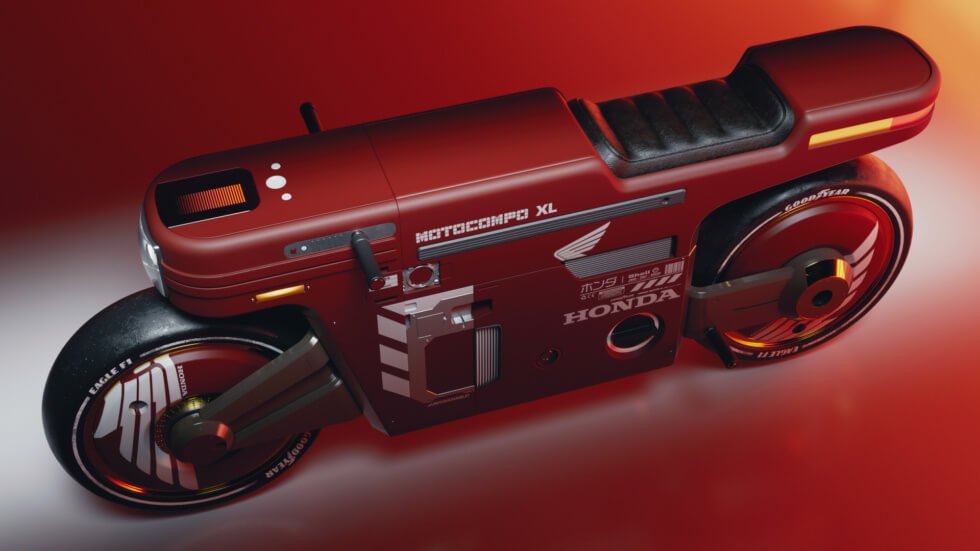 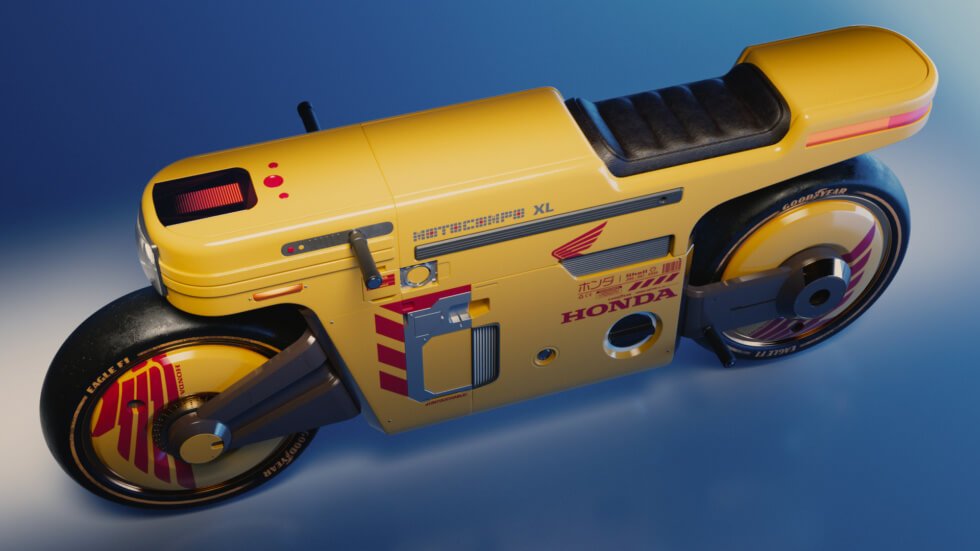 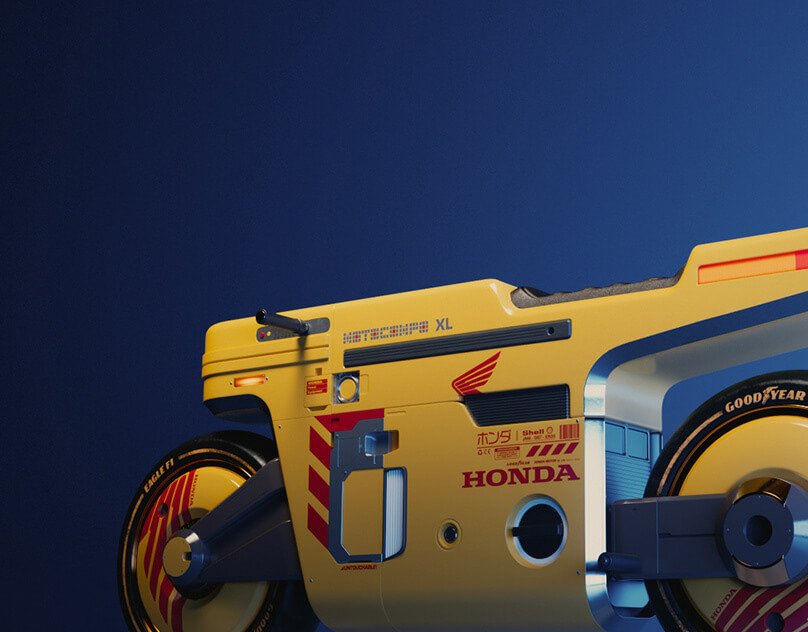