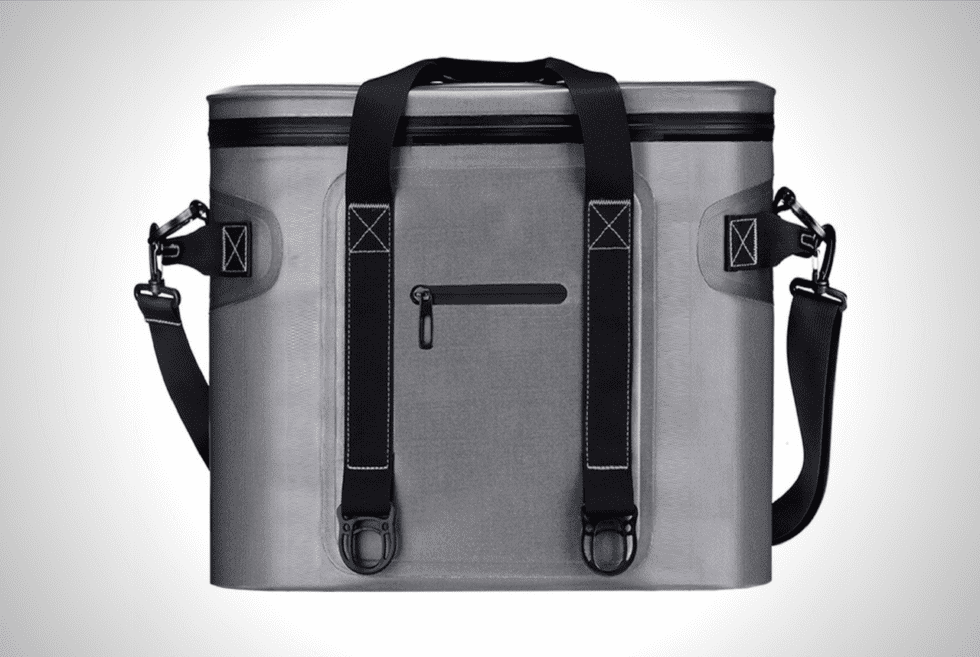 There are plenty of reasons why you should have a cooler at the ready. One, it’ll come in handy at tailgate parties. Two, you’ll have a stockpile of cold drinks during camping trips. Three, it’ll be perfect for solo travels or spontaneous road trips. Four, it’ll save you trips to the refrigerator during mini BBQs, and so forth. That’s why you should really consider the Homitt soft cooler.

Apart from having a design that’s a huge step-up over the more bland and conventional cooler choices out there, it can chill up to 30 of your favorite drinks. Its cooling powers is courtesy of the closed cell insulation system that’s three layers deep and leak-proof, with high-density foam for good measure.

Homitt’s wants to make it easier for people to lug this baby around. As such, it included padded detachable shoulder straps and two side handle straps. This lets you pick the cooler up (for light loads) or grab the side handles (for heavier ones) hassle-free.

The exterior is water and sweat resistant thanks to the TPU coating. On the other hand, the interior features an antimicrobial liner that prevents mold and mildew. Just don’t put sharp things inside to avoid rupturing the special protective materials. The cooler sports features an airtight zipper with a sealing process that ties into the overall waterproof design. It also lets hot air out to keep the drinks inside cool as long as possible.

There are also four plastic D rings near the bottom of the cooler, which allows you to tie it down for better stability — should be useful when travelling along bumpy roads.

The best part? It won’t burn a hole in your pocket — this thing is just $106 on Amazon.

If you're craving seafood, steaks, and more, make sure to check out the Prime Seafood Palace in Toronto and marvel at its stunning interior.

The Enjoy in Silence Chalet is a serene destination for the weary traveler who visits the countryside of Kyiv in Ukraine.