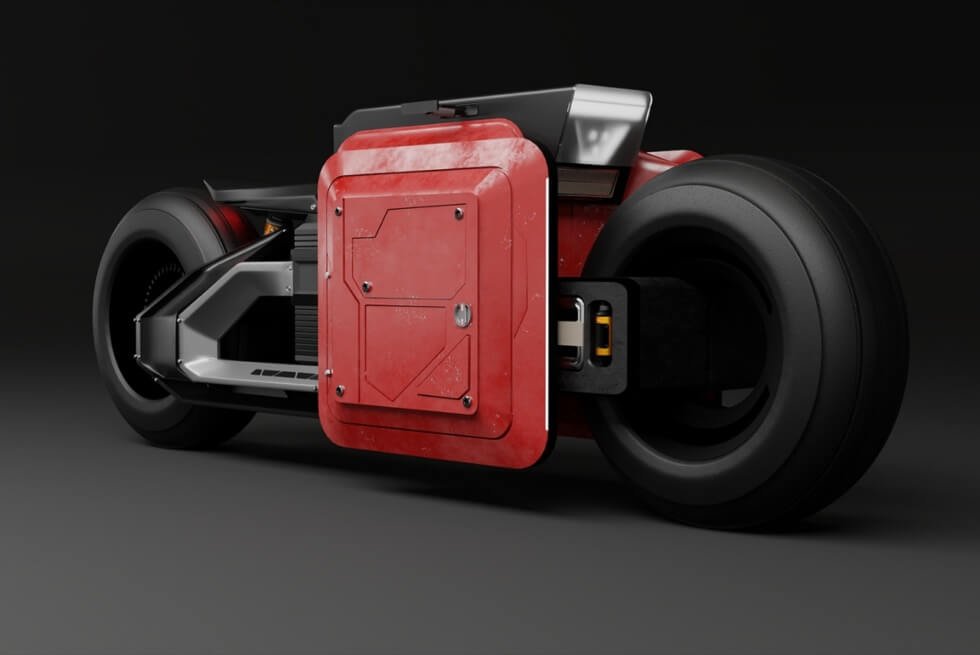 The last time we learned about electric bikes inspired by Greek deities was way back in 2019. So far, Curtiss Motorcycles showcases the Zeus, Hera, Hades, and Psyche and all boast retrofuturistic aesthetics. Another joins the pantheon of two-wheelers that pay tribute to the gods and it goes by the name Hermes-X30.

This cool concept comes from Ravichandra Madhavarapu and flaunts a clean design with curved edges and geometric elements. This café racer is supposedly packing a green powertrain and likely delivering jaw-dropping performance numbers courtesy of its namesake’s abilities.

However, we’ll never know as the Hermes-X30 is just a digital render for now. Its designer opts for a muscular custom frame that holds a set of hubless wheels. Judging by the branding in some images, these are using Pirelli racing slicks, while the rest are showing generic rubber with varying textures,

Information surrounding this sleek moto is very limited, but Madhavarapu shares only a bit about the origins of his creation. Much like most of the electric motorcycle concepts we’ve featured before, CD Projekt Red’s Cyberpunk 2077 is where design influences for the Hermes-X30 come from.

To aid in aerodynamics, the bobber sports a rectangular body with panel covers for that sci-fi vibe. We’re guessing the batteries and electric drive system are within. A section extends forward and covers the hub-center steering assembly of the front wheel.

Meanwhile, the subframe supports a flat saddle with a mono-shock unit below. The triple-LED headlights are in an inverted delta arrangement with a frosted filter to diffuse the beam. Madhavarapu, presents the Hermes-X30 in various colorways such as Alpha Black, Classy Chrome, and Hot Red. 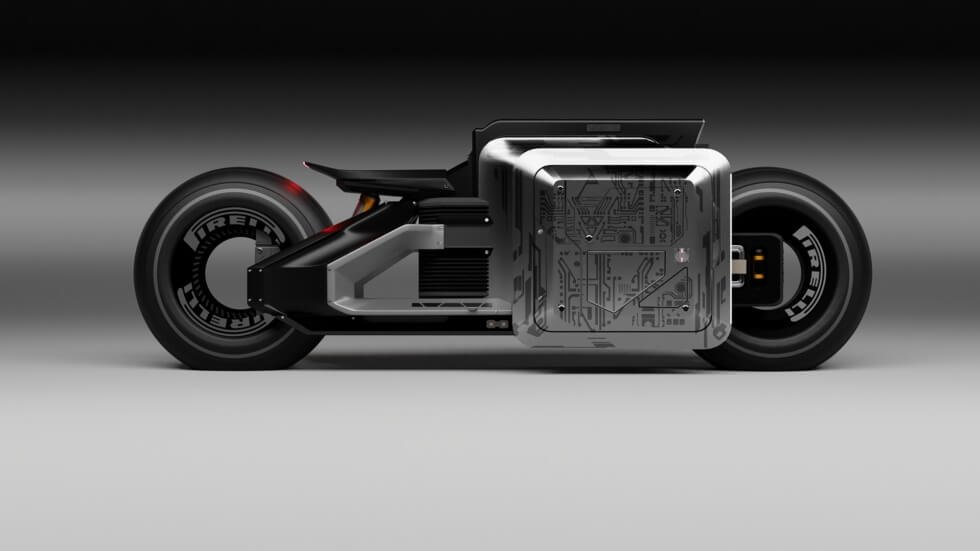 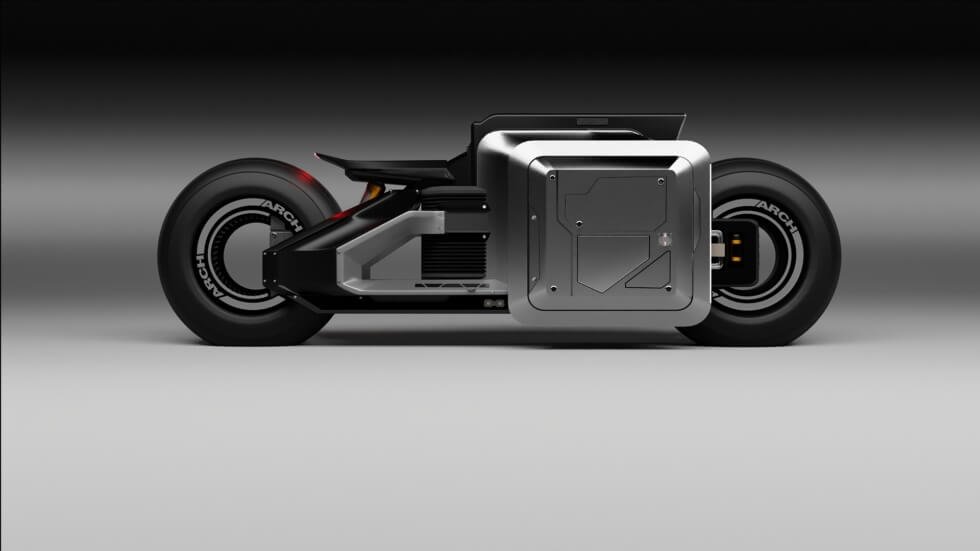 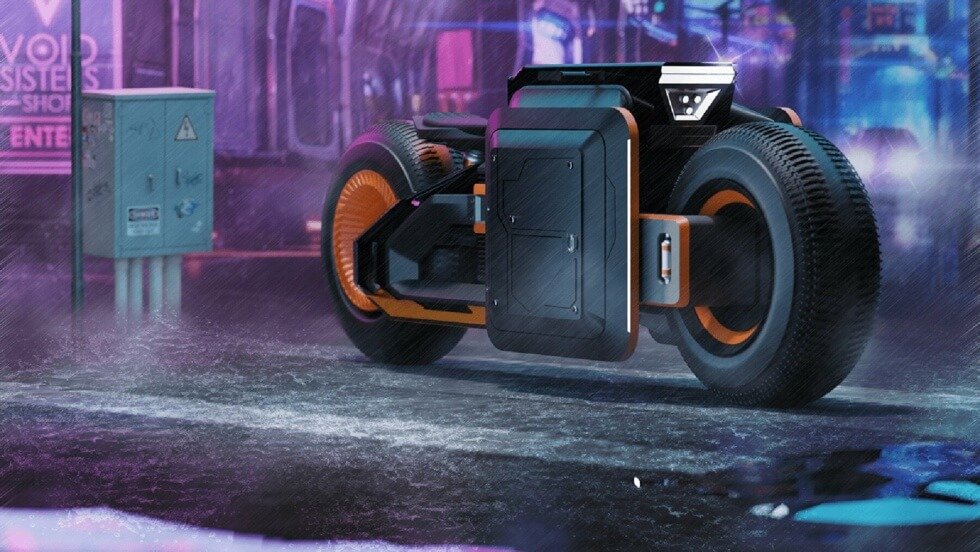