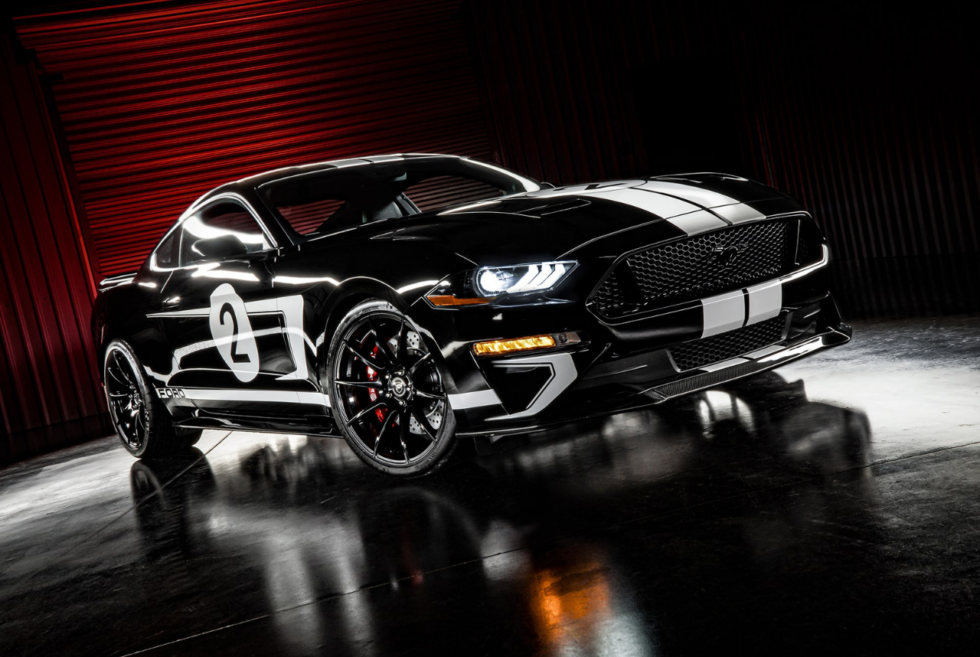 According to automotive industry reports, Ford’s best-selling vehicle right now is not what you think. It appears that with all the hype surrounding eco-friendly alternatives, consumers are going gaga over the Mach-E SUV. Although it is marketed under the iconic pony emblem, it just doesn’t have the same impact. Thankfully, we have the Hennessey Performance Ford Mustang GT Legend Edition to drool over for now.

Any machine that undergoes world-class tuning from Hennessey Performance turns out to be jaw-dropping. Even at first glance, everything about this Mustang GT just oozes with unbridled power. Sporting a menacing glossy black coat with decals and racing stripes in white, it looks ready to rip the asphalt off the tracks or roads.

Hennessey Performance is tweaking the Ford Mustang GT’s engine with a 3.0-liter supercharger system. Some notable upgrades include an air to water intercooler system, new fuel injectors/pump, and a high-flow air induction system, among others.

This drastically bumps the Legend Edition’s output to 808 horsepower along with 677 lb-ft of torque. We also have a new splitter, side sills, rear spoiler with gurney lip all in carbon fiber courtesy of CarbonAero. The shop is also giving the muscle car a lowered suspension system to improve its driving dynamics.

The Ford Mustang GT Legend Edition sits on four 20-inch alloy wheels with Brembo six-piston brake calipers. Each one is wrapped in Michelin Pilot Sport Cup2 rubber. Hennessey Performance then subjects all of the 50 units to a comprehensive calibration. Once everything meets their strict standards, it receives a dash and engine plaque that lists the serialization.

Learn more about this build

Hosting the sale of this classy 1973 Ferrari 246 Dino GTS is Girardo & Co. which confirms everything is original with matching numbers.