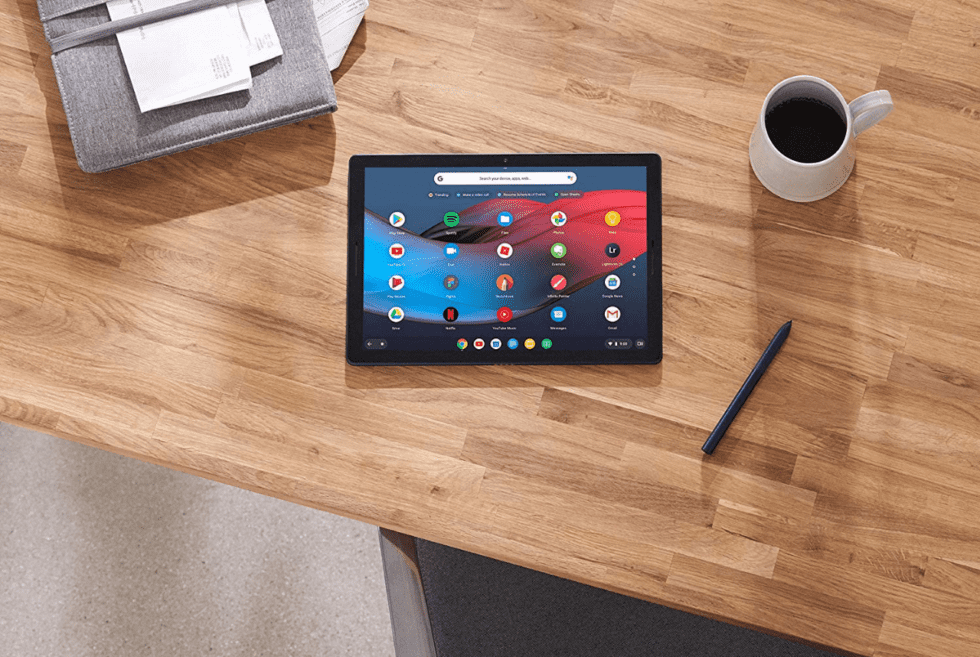 It’s been a long time since we’ve seen Google release an in-house designed tablet. From a marketing perspective, it seems that the poor reception of the Pixel C and Nexus 9 probably held the company back from production for a while. However, that is about to change with the release of the Google Pixel Slate. Taking advantage of the upsurge of ChromeOS usage, the search company takes another shot at the 2-in-1 segment. Just like the Microsoft Surface Pro series, the keyboard accessory requires a separate purchase to complete the ensemble.

Google really went with a minimalistic approach when it crafted the Pixel Slate. It flaunts a simple design with the uni-body chassis draped in a Midnight Blue finish. The rear panel is somewhat barren in appearance save for a logo and its camera module. The front side hosts a 12.3-inch 3000 x 2000 Molecular Display that uses LTPS LCD tech to improve battery life. This sits under a sheet of Corning Gorilla Glass 5. A pair of front-facing stereo speakers with Waves MaxxAudio audio-enhancement flanks each side of the tablet when it’s held in landscape orientation.

Depending on the configuration, the Google Pixel Slate comes with an Intel Celeron chipset with 4GB of RAM and a 32GB SSD. On the other hand, the premium-level model boasts an 8th-generation Intel Core i7 CPU with a 16GB RAM and 256GB internal storage. 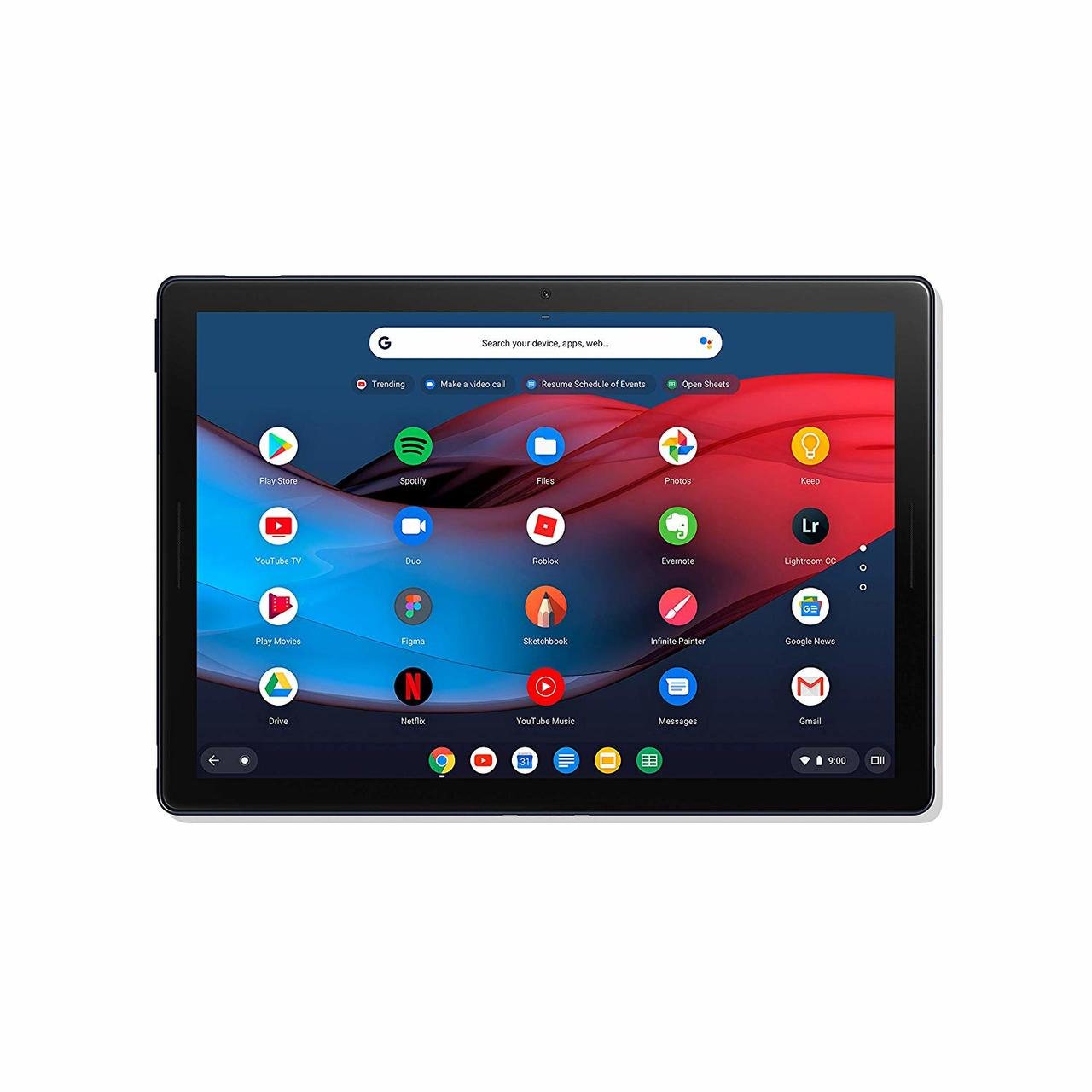 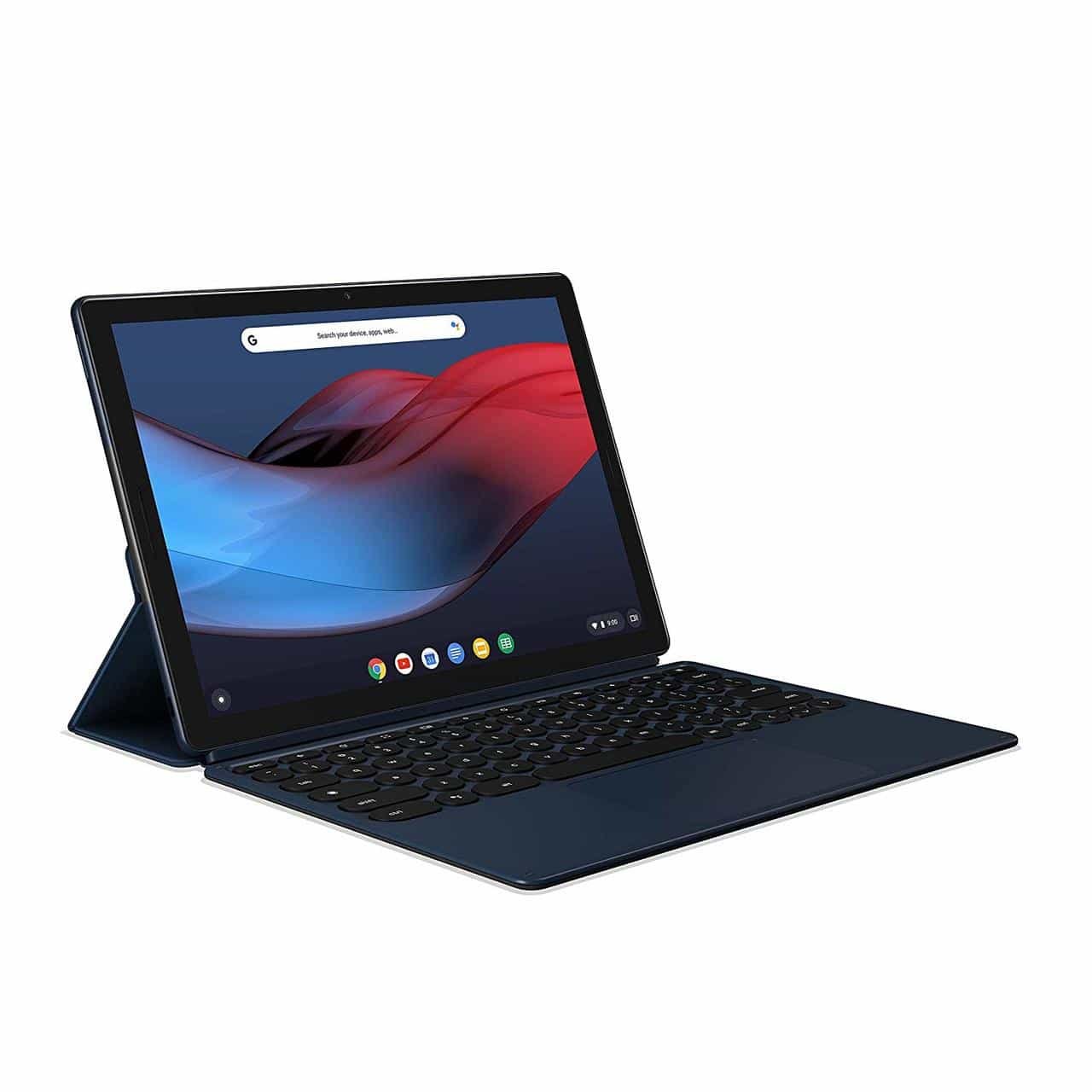 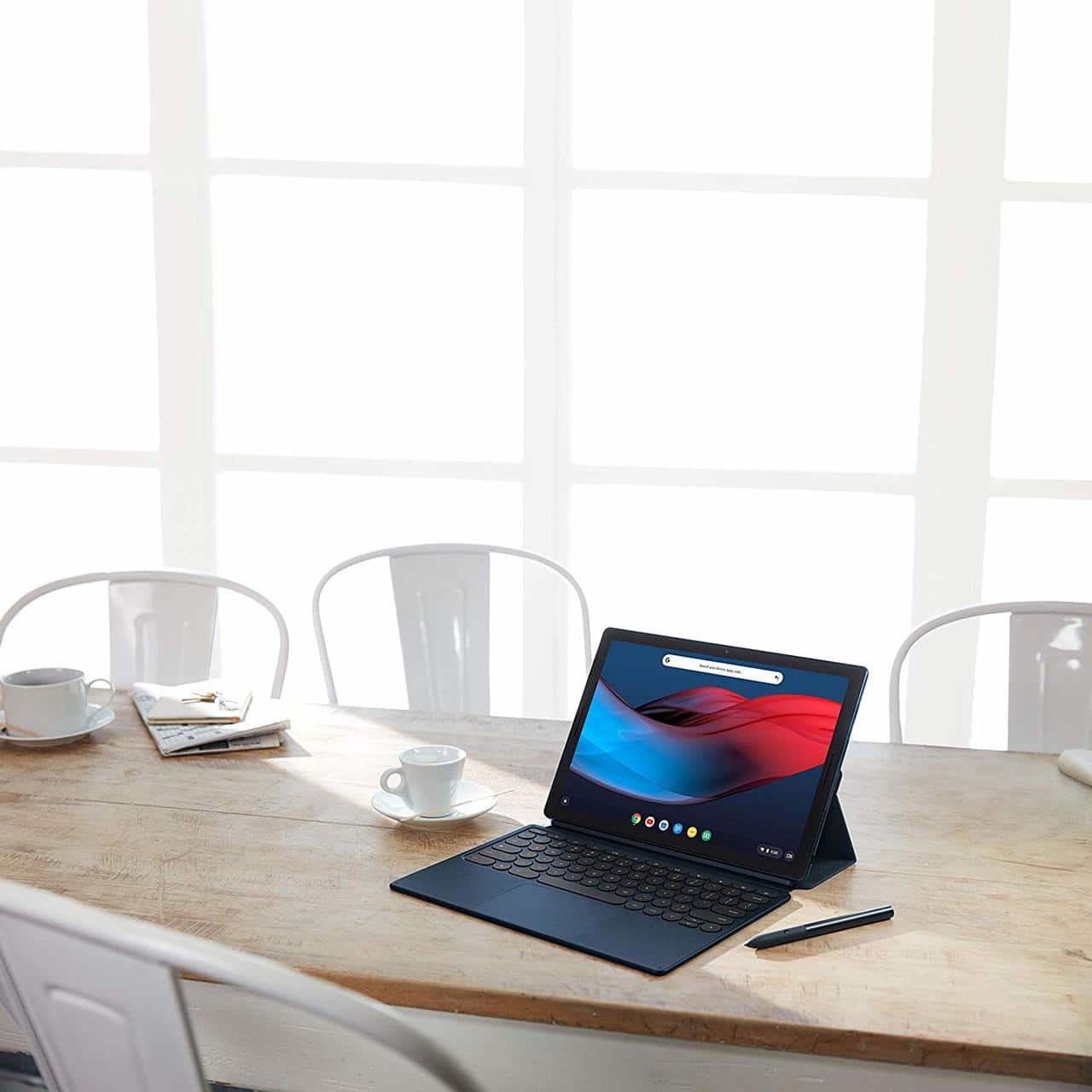 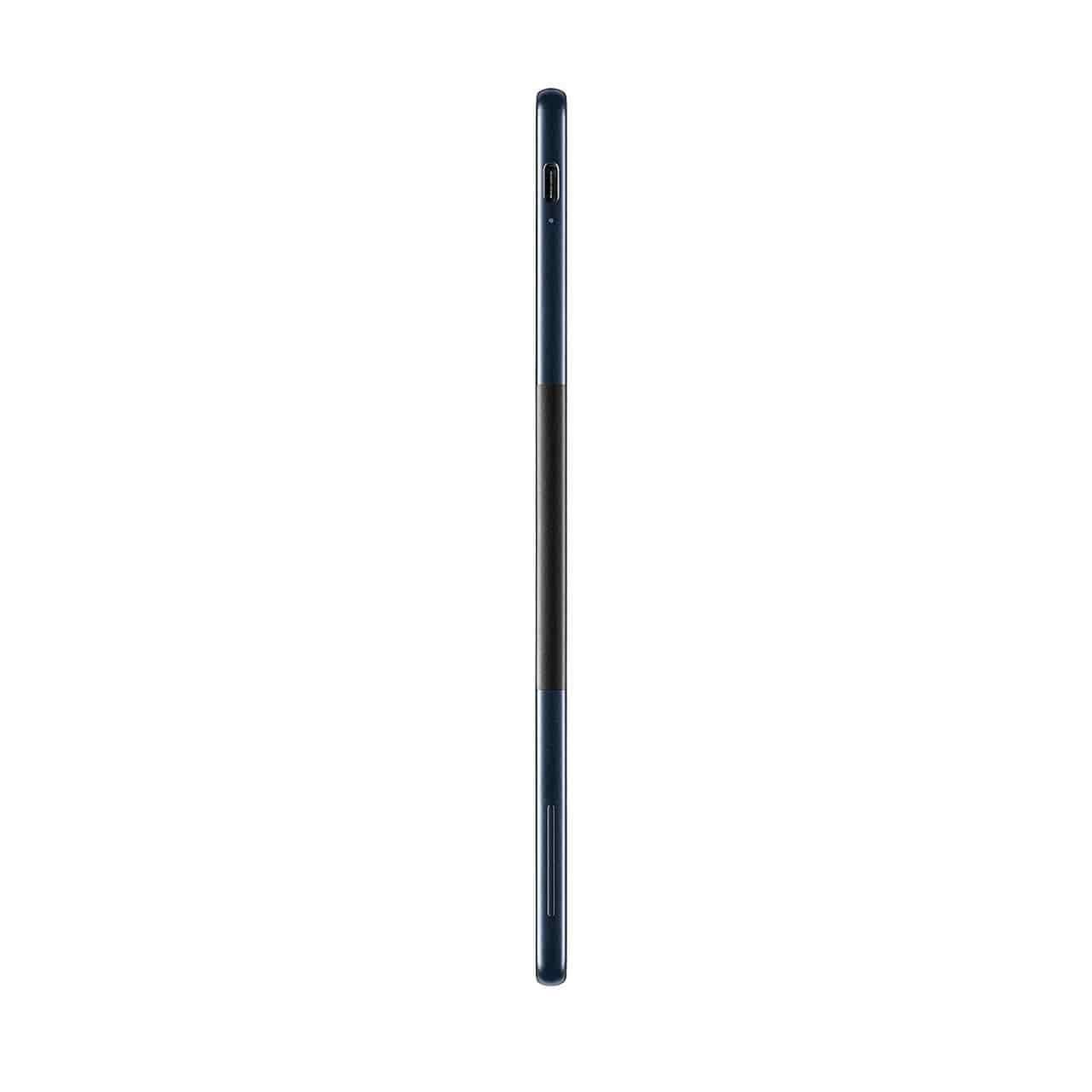 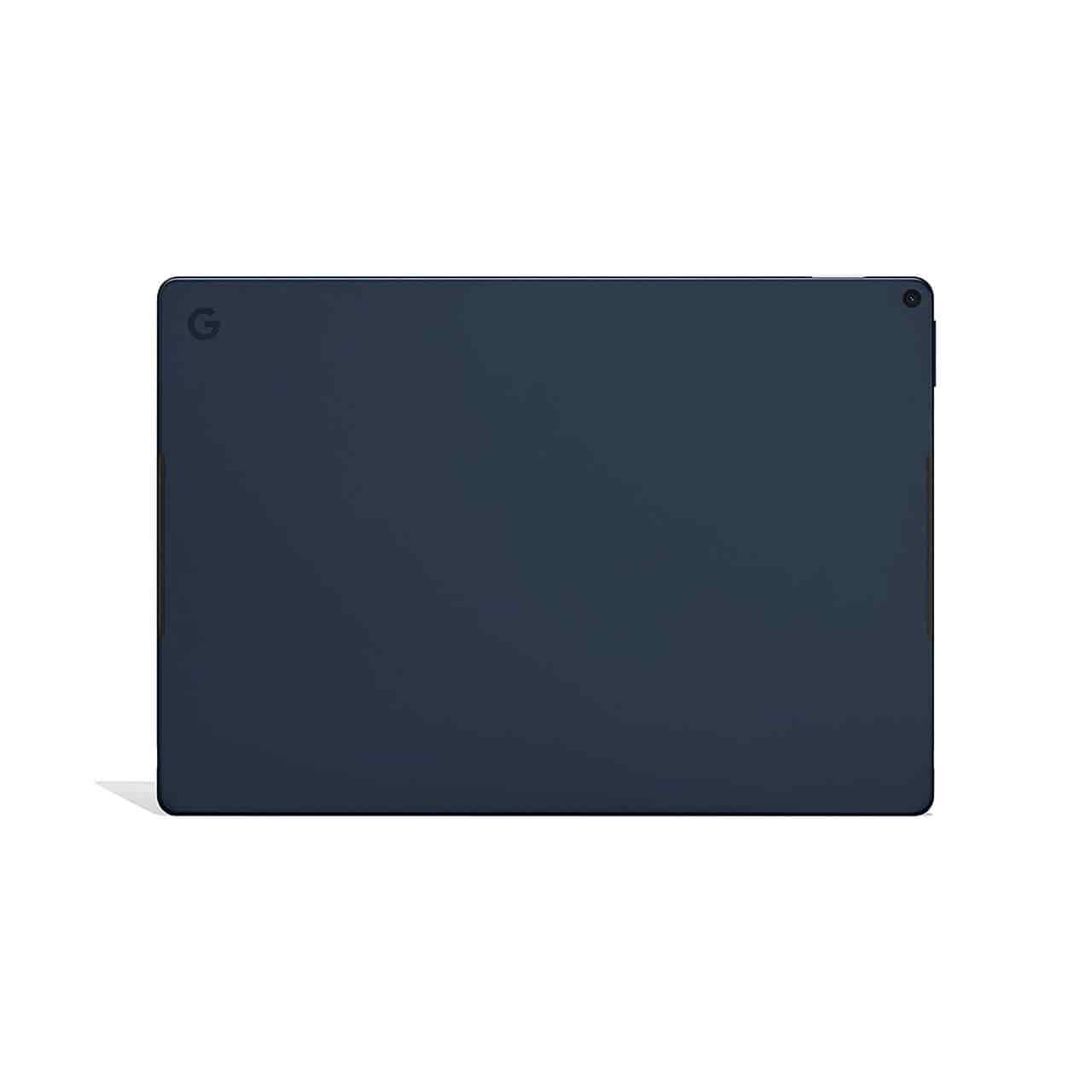 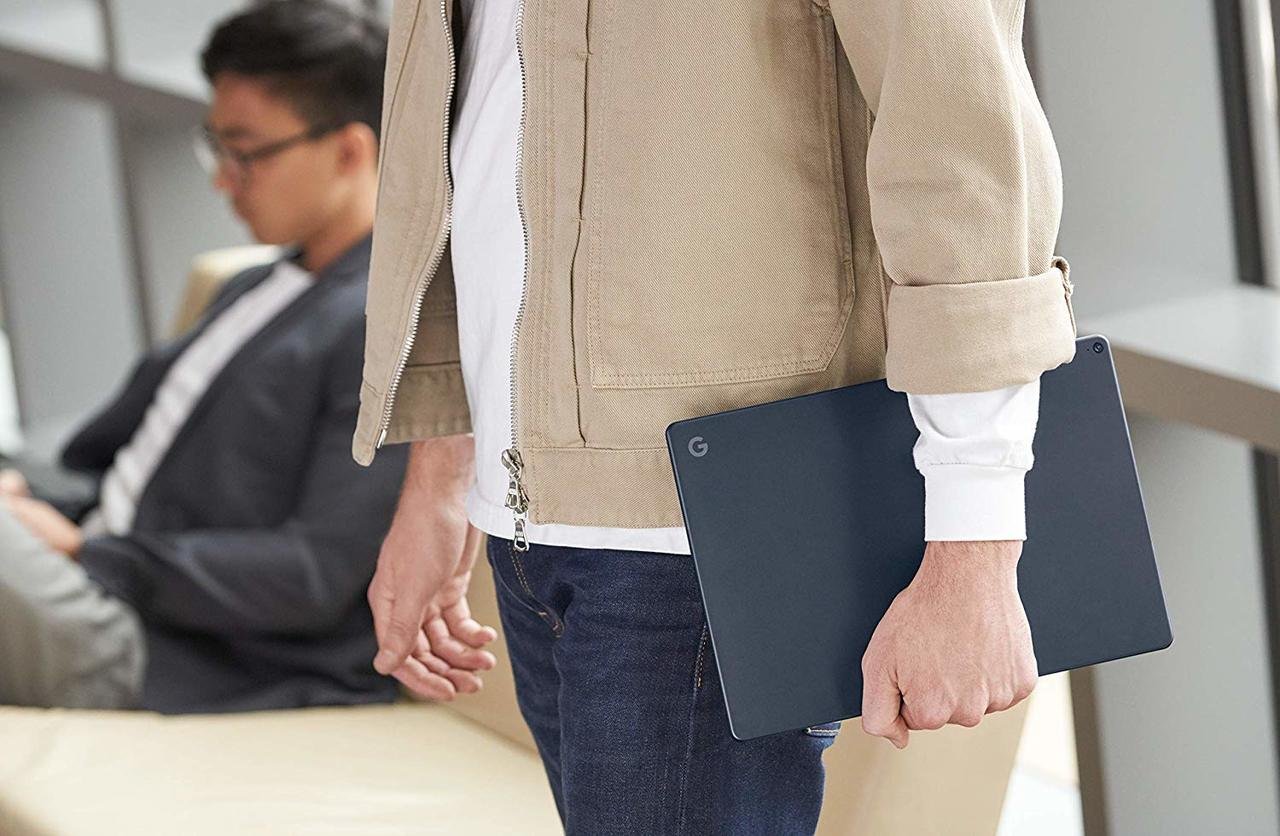 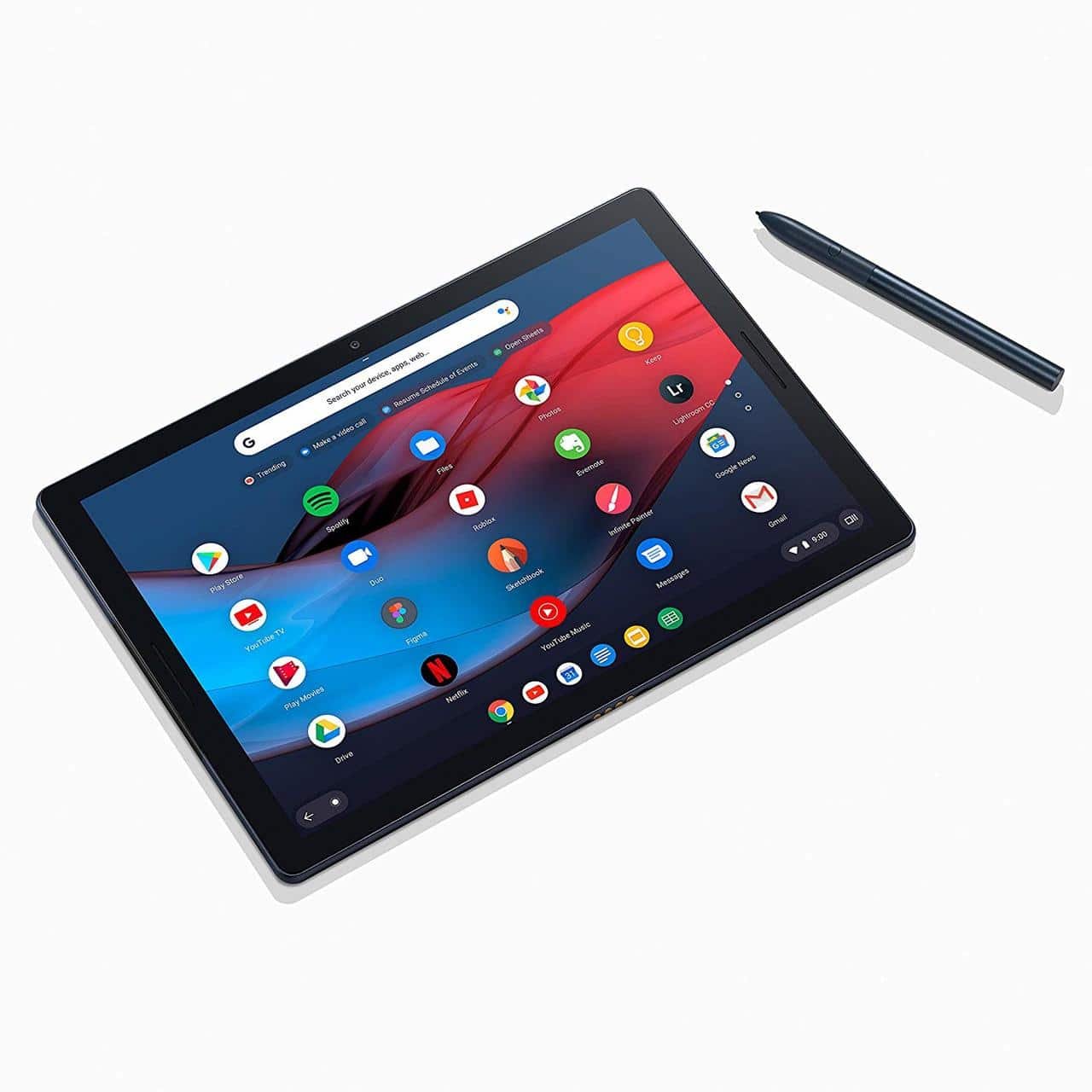 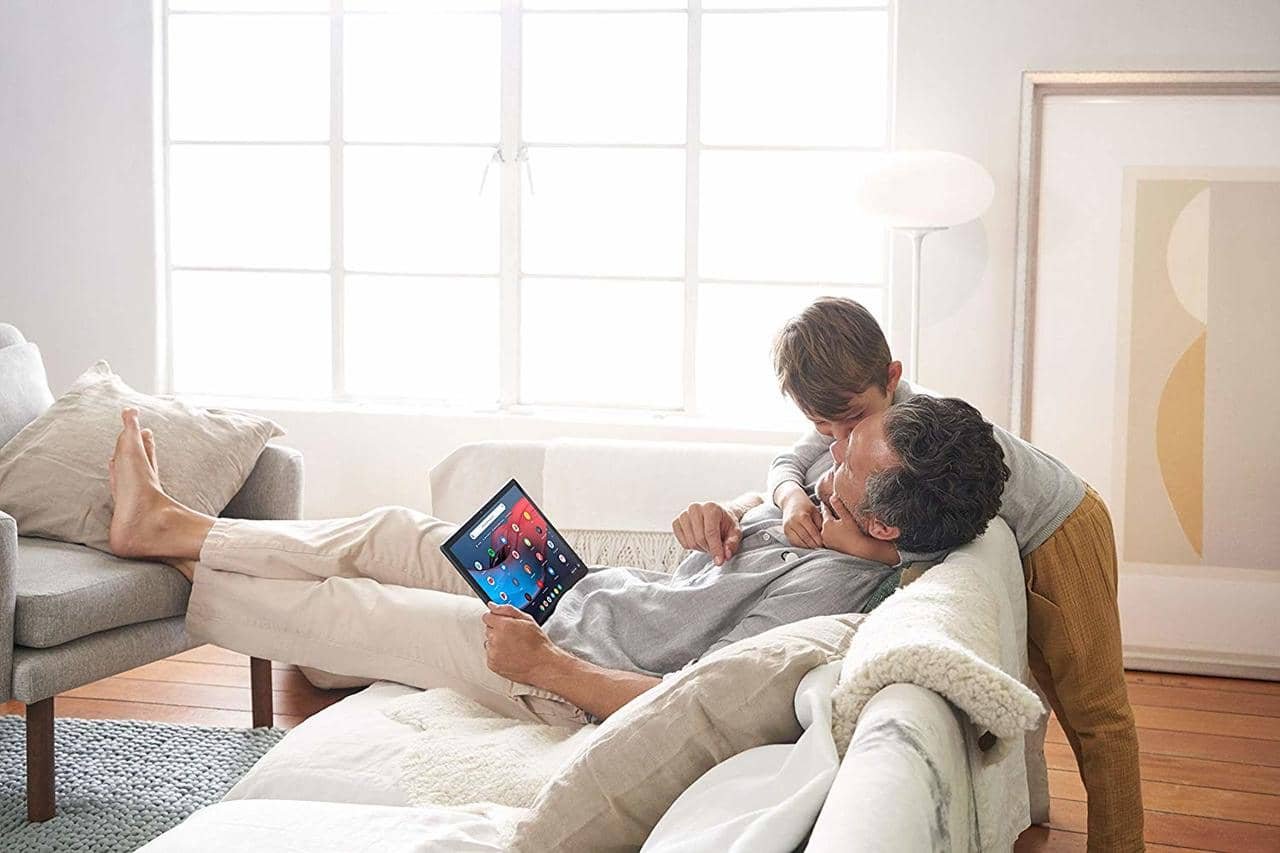 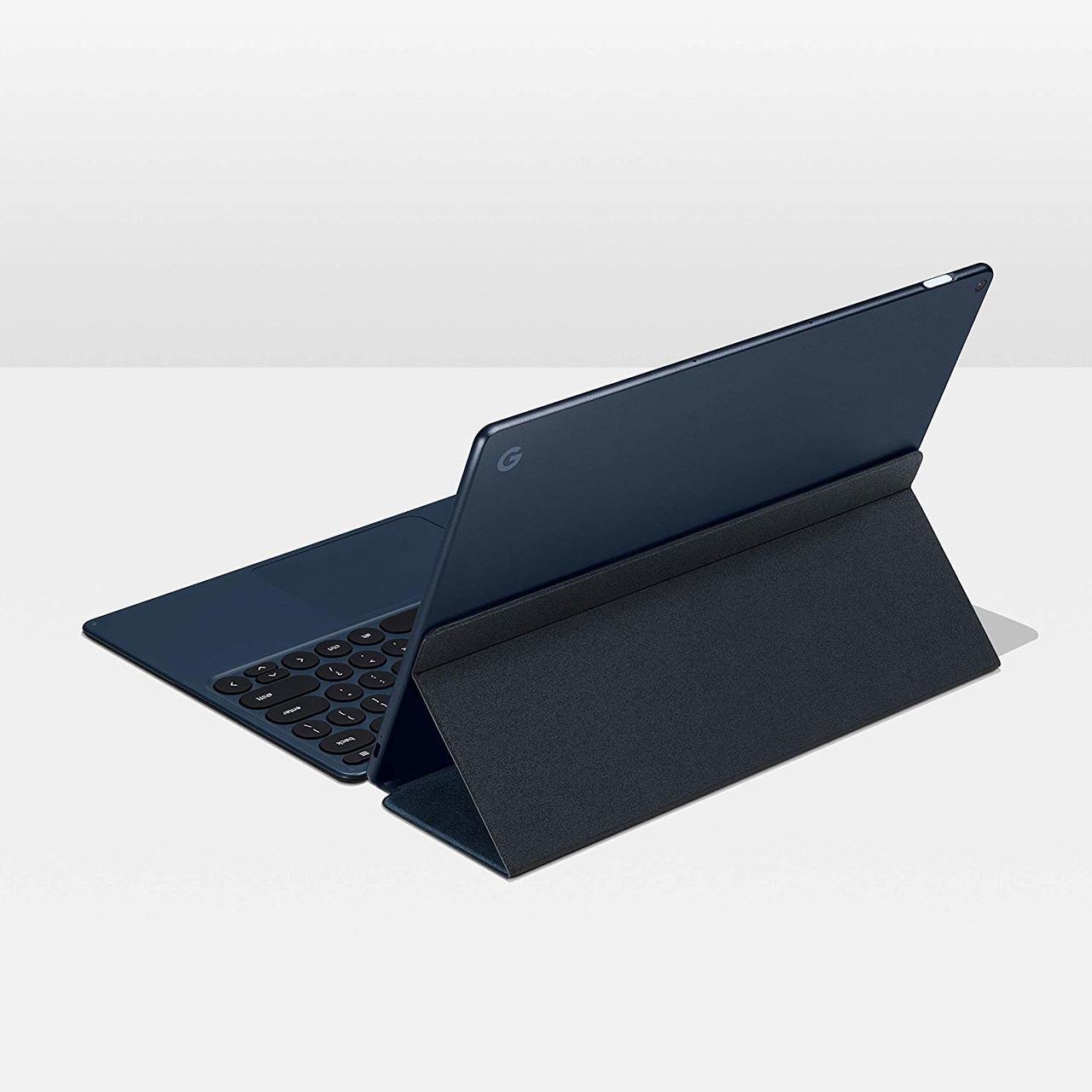 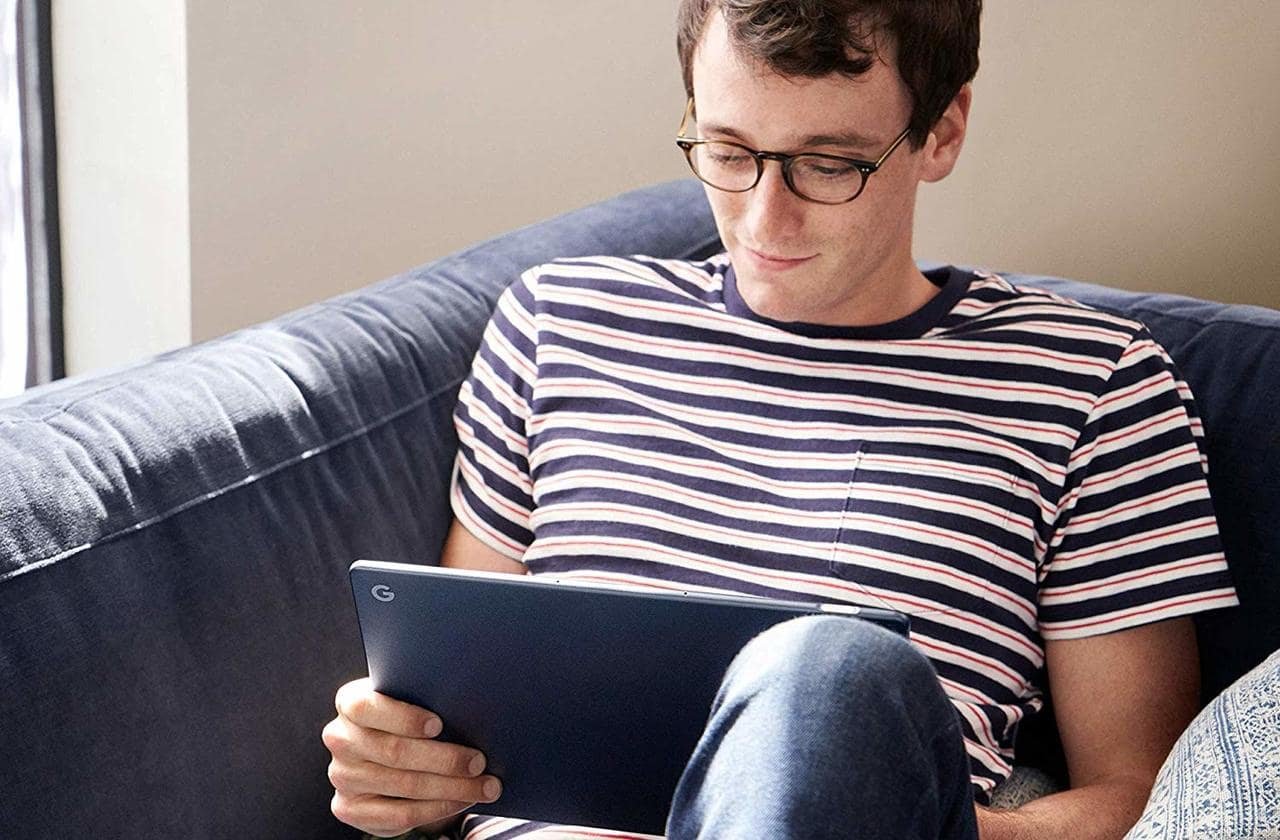 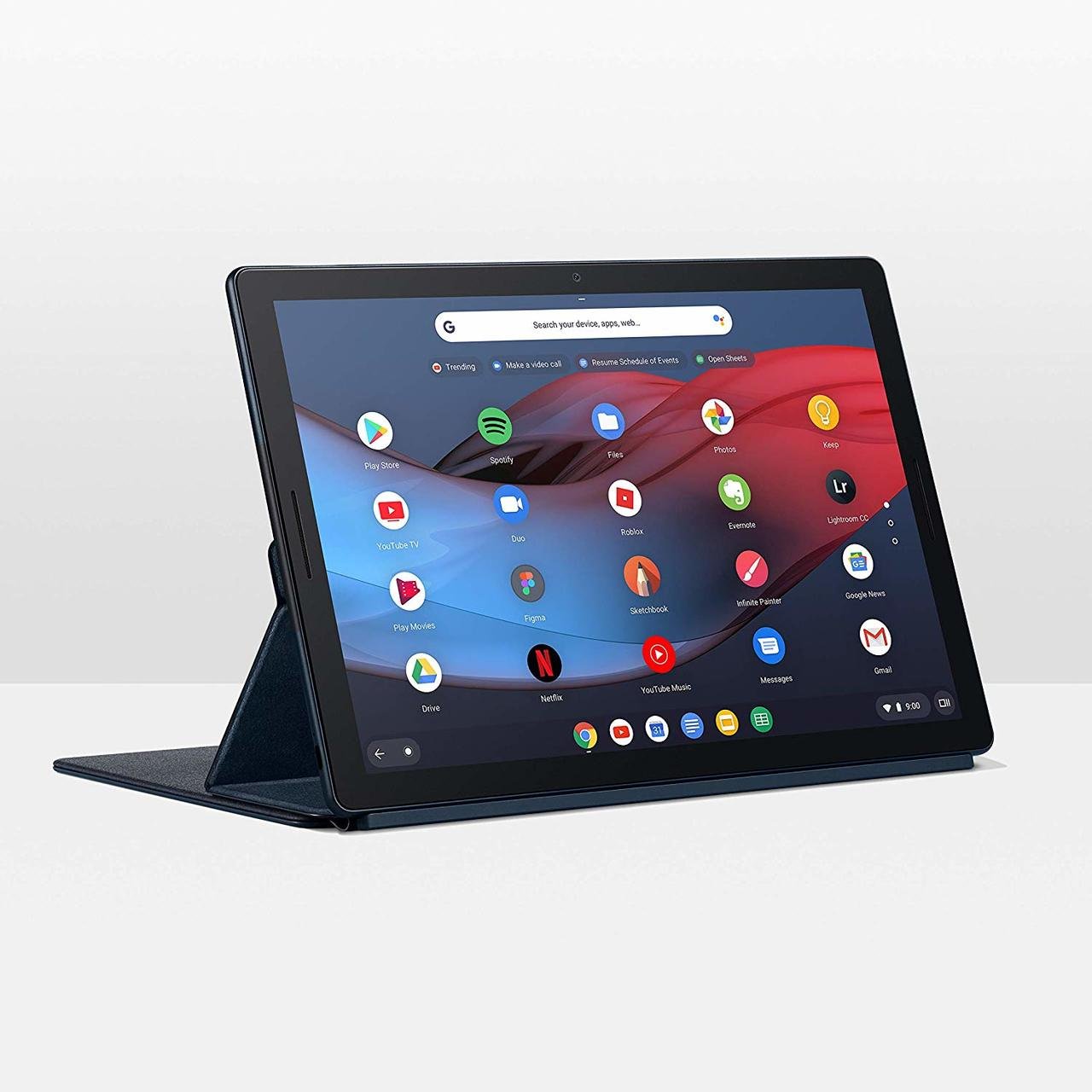