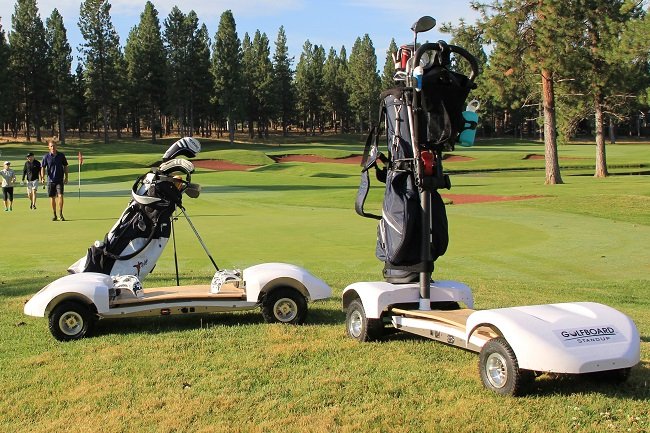 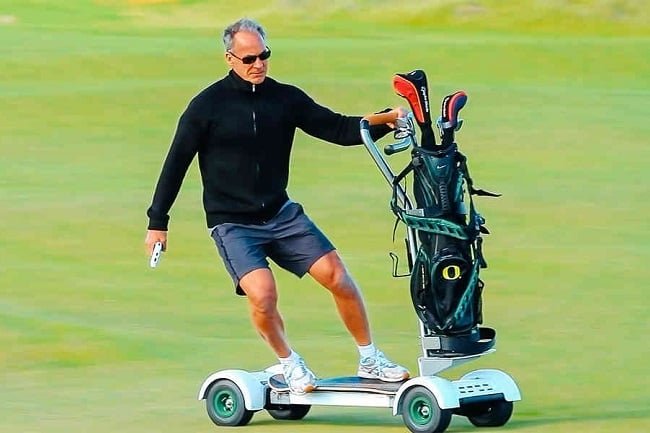 Different than walking, better than riding in a cart, and allowing you to get some exercise, the Golfboard ($6,500) promises to make the game of golf a lot more fun. And a lot faster.

After a successful Kickstarter campaign back in 2013, this electric board continued to grow into what is called today “one of the best things that has been added to the game recently”, allowing players to speed the play up and enjoy golf in a whole new direction. A hybrid combining an electric skateboard, a golf cart, and a Segway, all into one, the Golfboard can travel 18+ holes between charges. Power comes from an efficient electric motor with four-wheel-drive traction, that can carry a heavy rider (250+ pounds) on the longest and steepest courses. There are two GolfBoard models to choose from:the Thumb Throttle GolfBoard (with a max. speed of 10 mph and controls mounted on the handle of the Stability Bar), and the Original GolfBoard (with a max. speed of 14 mph and a wireless remote control). 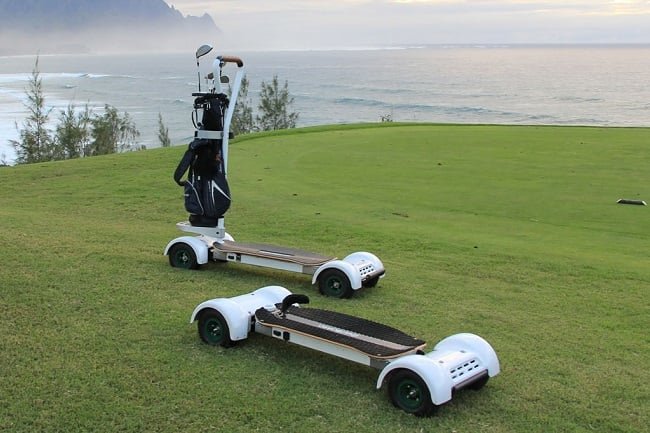 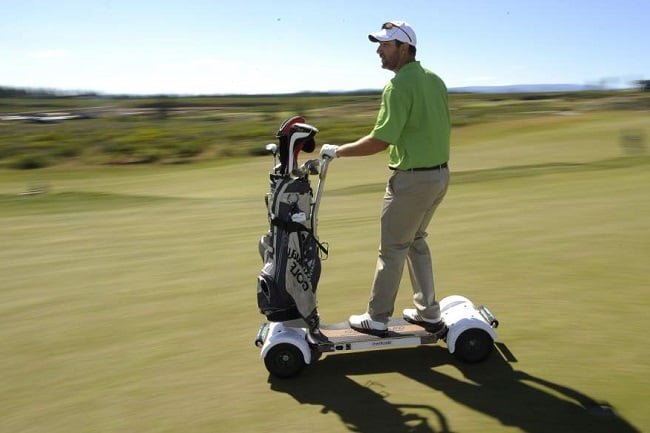 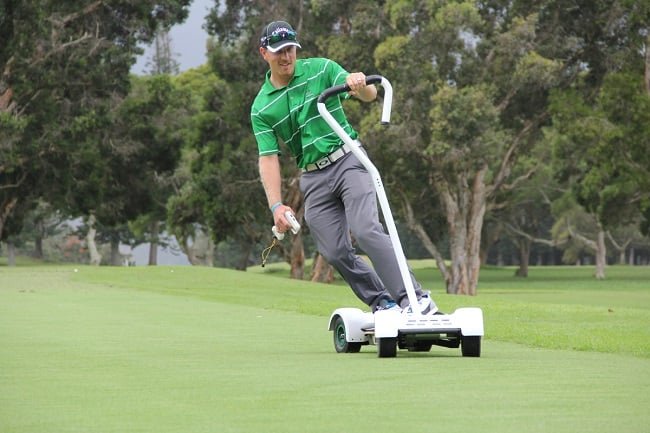 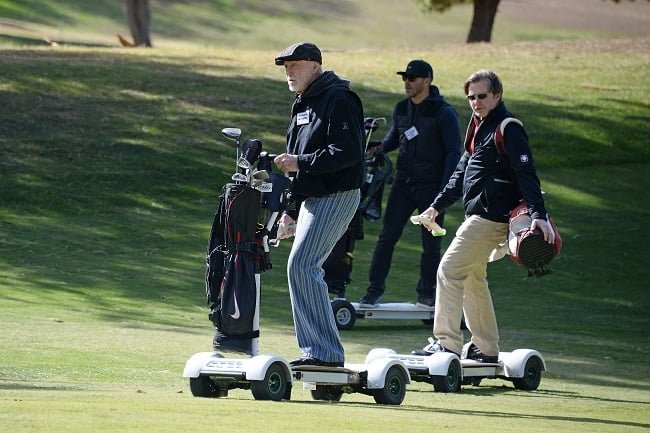 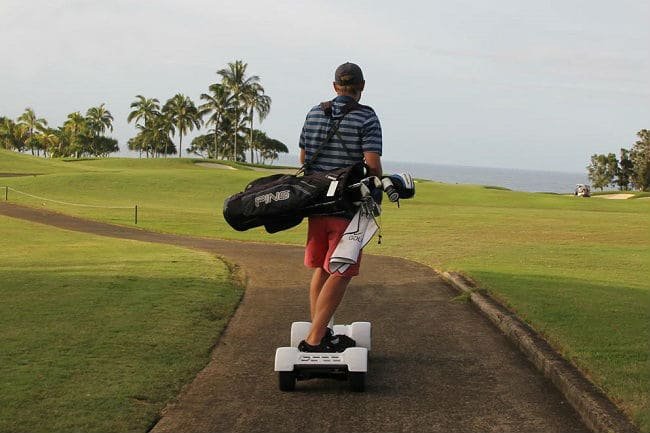