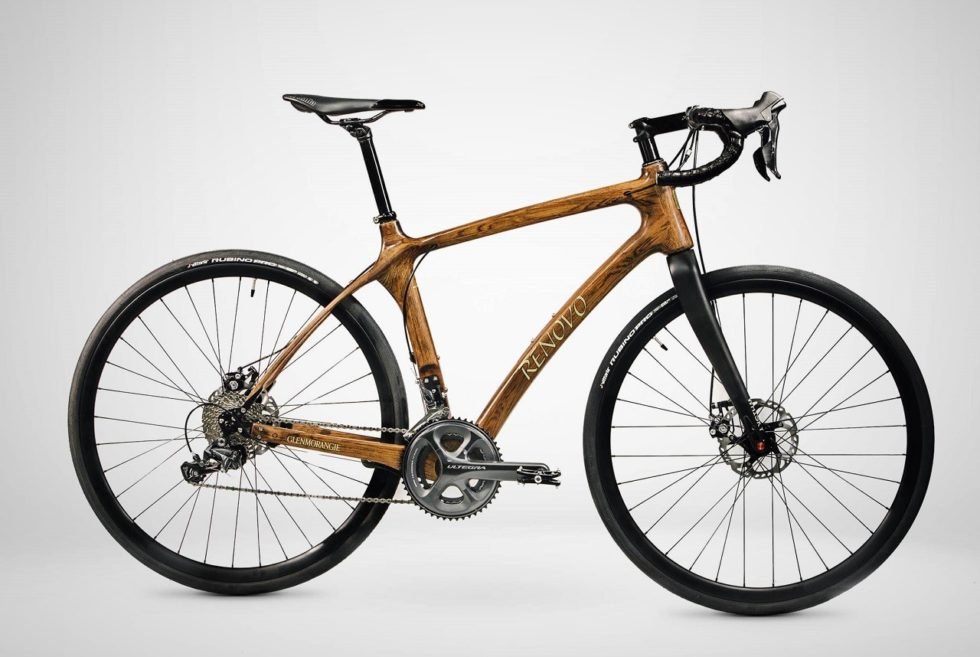 Some collaborations fit together like a dream come true. Such was the case when Portland, Oregon’s Renovo Bikes got together with Scottish whiskey distiller Glenmorangie. Renovo is renown for its beautiful hand-crafted wood-framed bicycles. Since Glenmorangie had such success with their previous offering of wooden-framed sunglasses made from recycled whiskey barrel staves, they decided to up the ante with a fully-functional bicycle created the same way.

Each Glenmorangie Original bike requires about fifteen staves to complete the design. The trapezoidal shape is influenced by the curve of the recycled whiskey barrel staves; even the down and top tubes. This beautiful, man powered 2-wheeler is not just good looking though; it uses quality mechanics, including Shimano Ultegra 6800 mechanical shifting, full carbon thru-axle fork, and hydraulic brakes.

Sitting on thin 27.5″ Velocity tires that can be ordered from between 1.1″ to 1.5″ wide, the Glenmorangie Original weighs just 22 lbs. Each unit of this limited edition bike has been numbered and lovingly given a protective coating to prevent the elements from ever diminishing your ride. 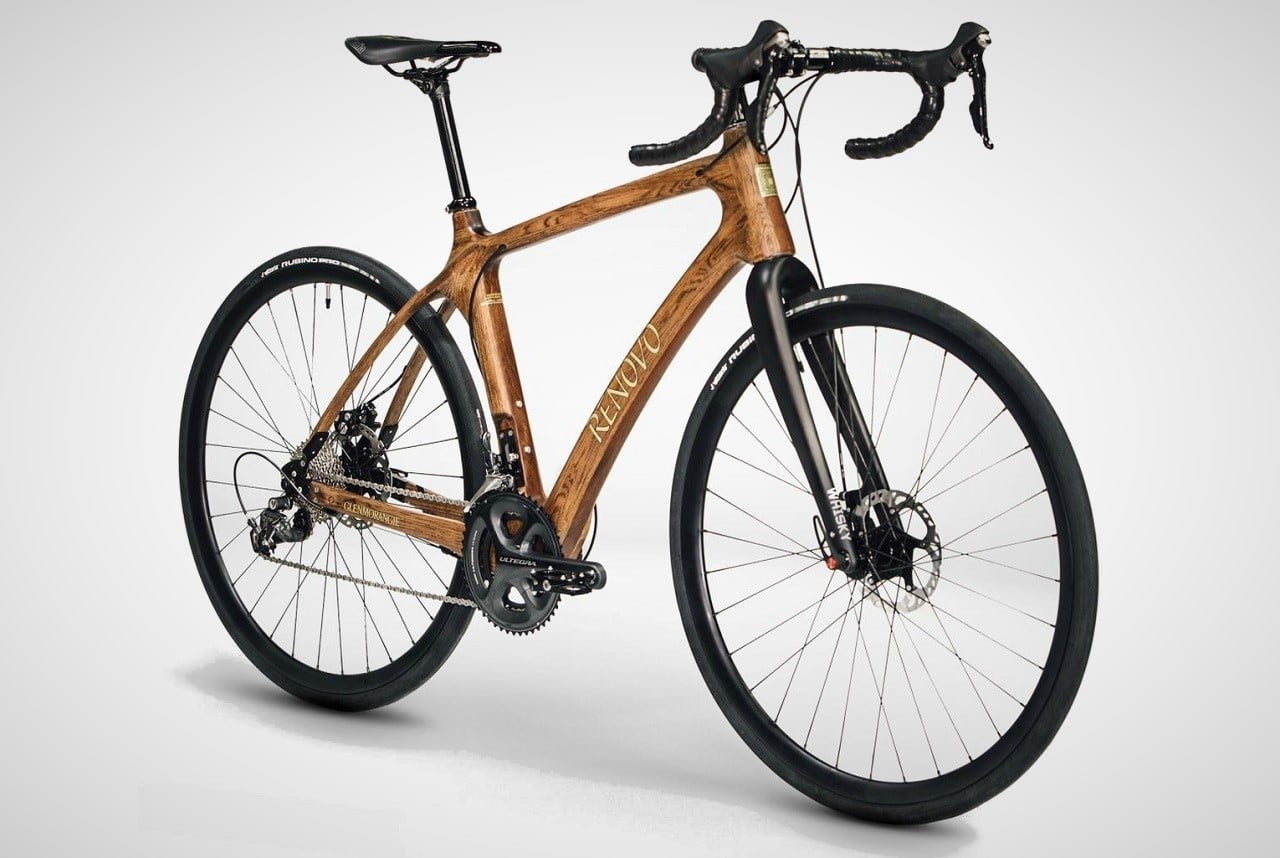 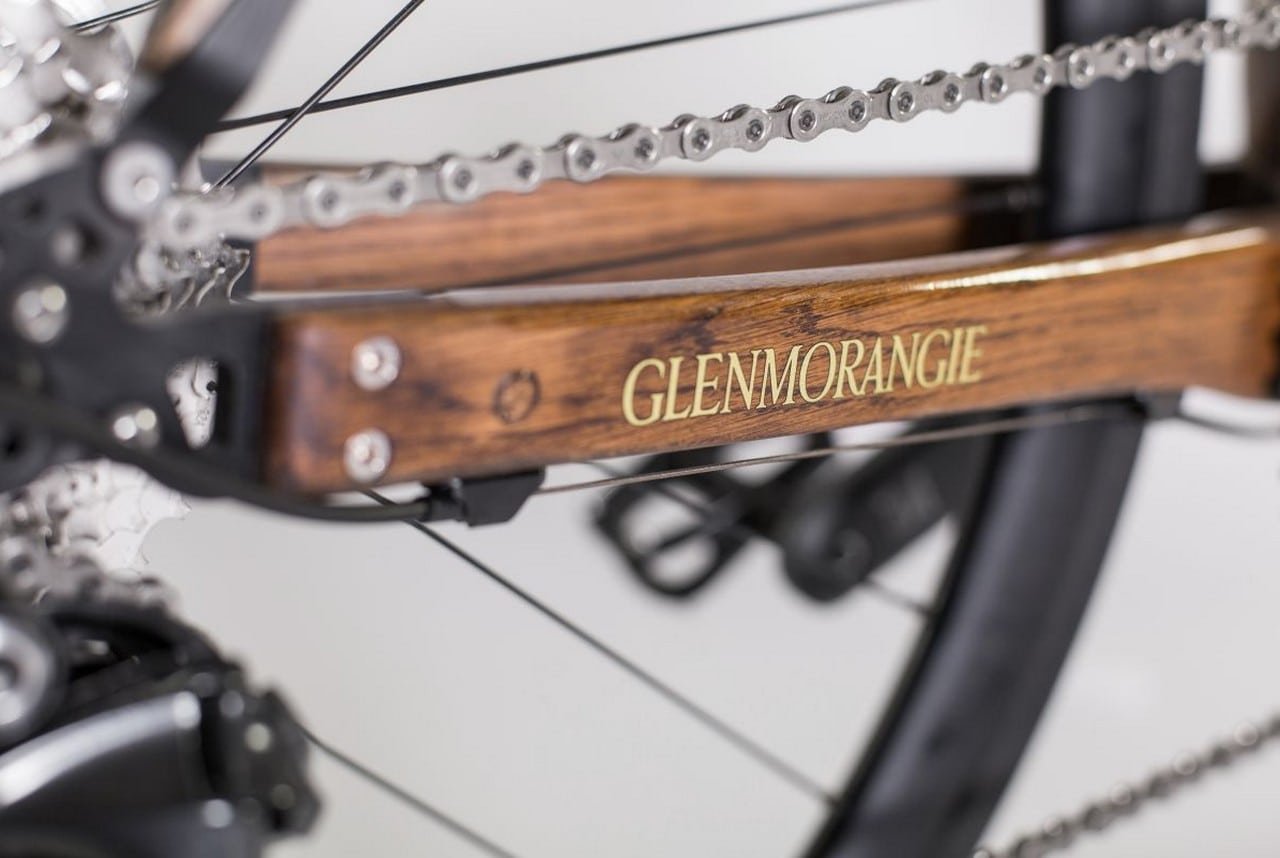 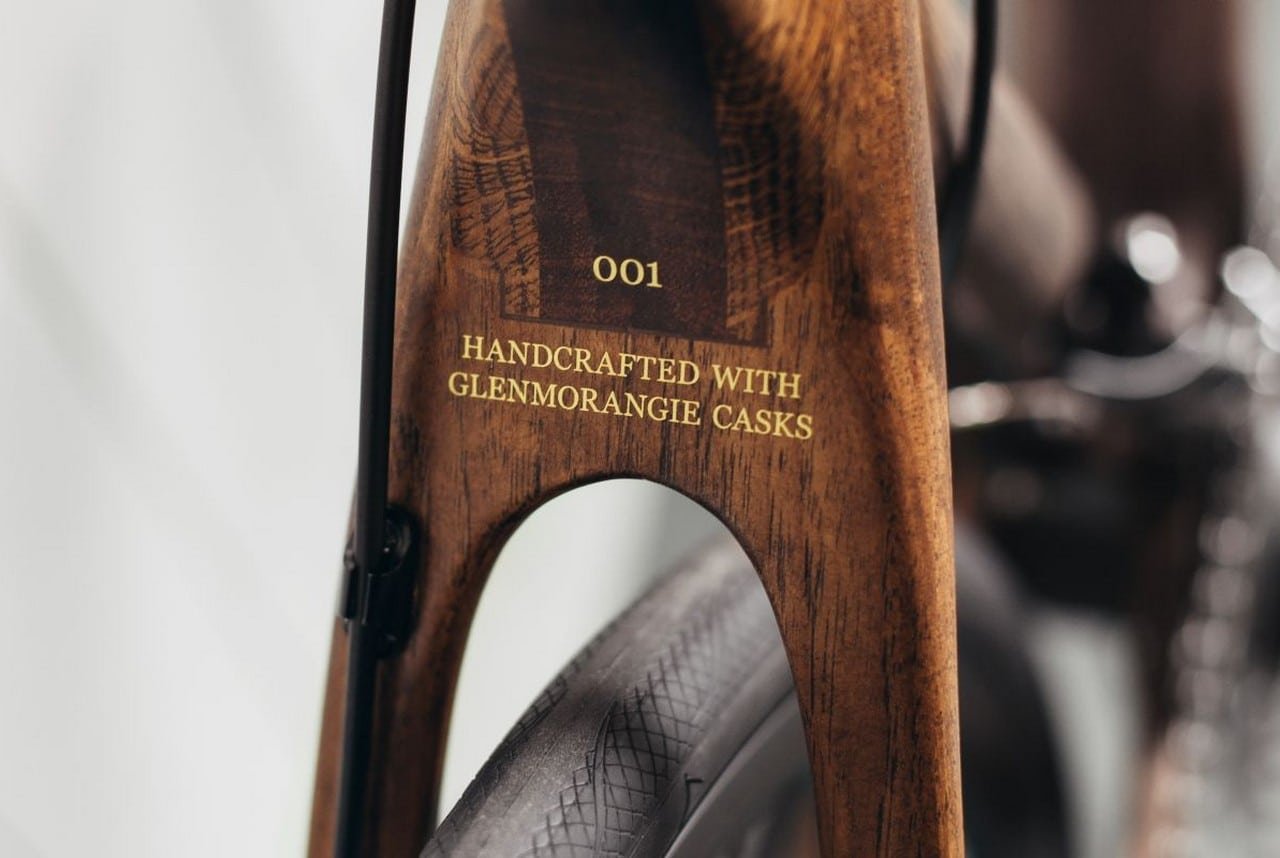 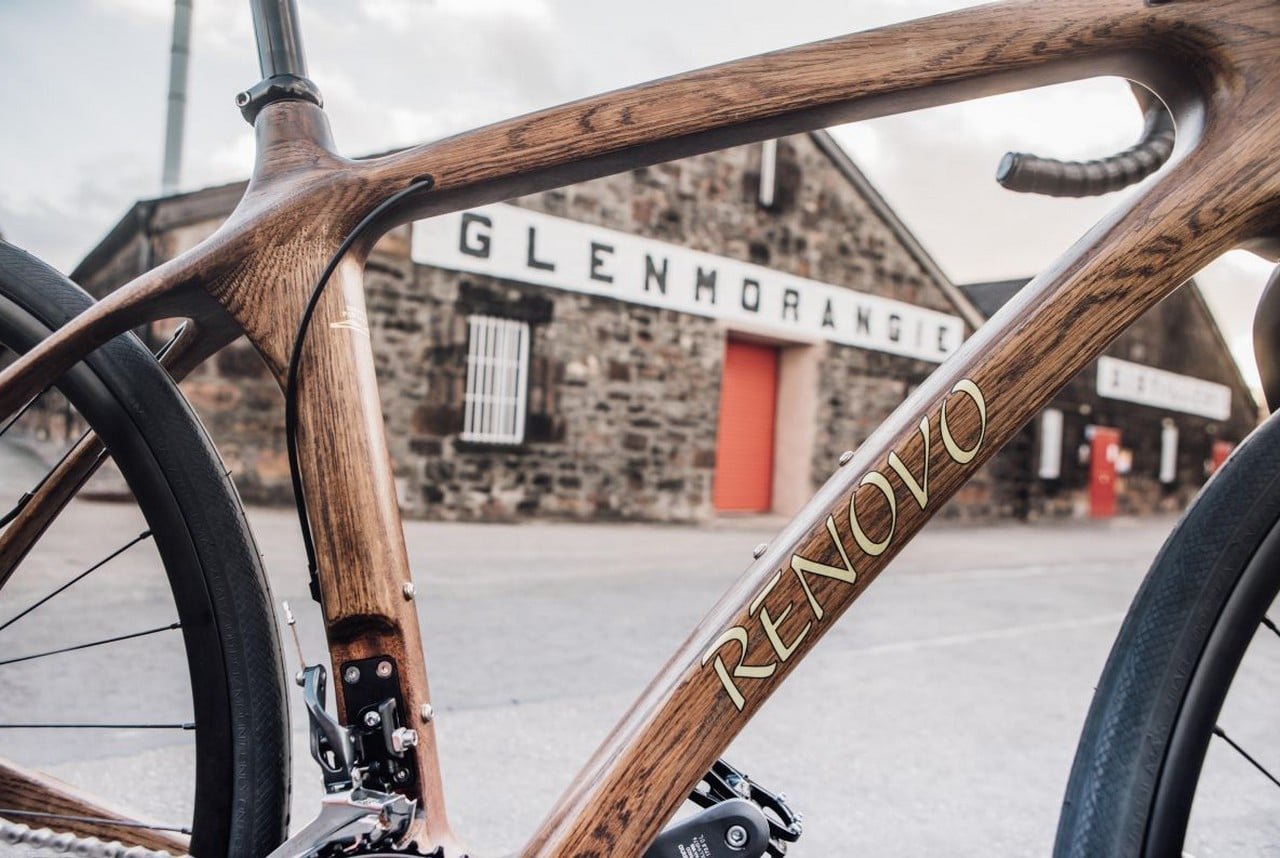