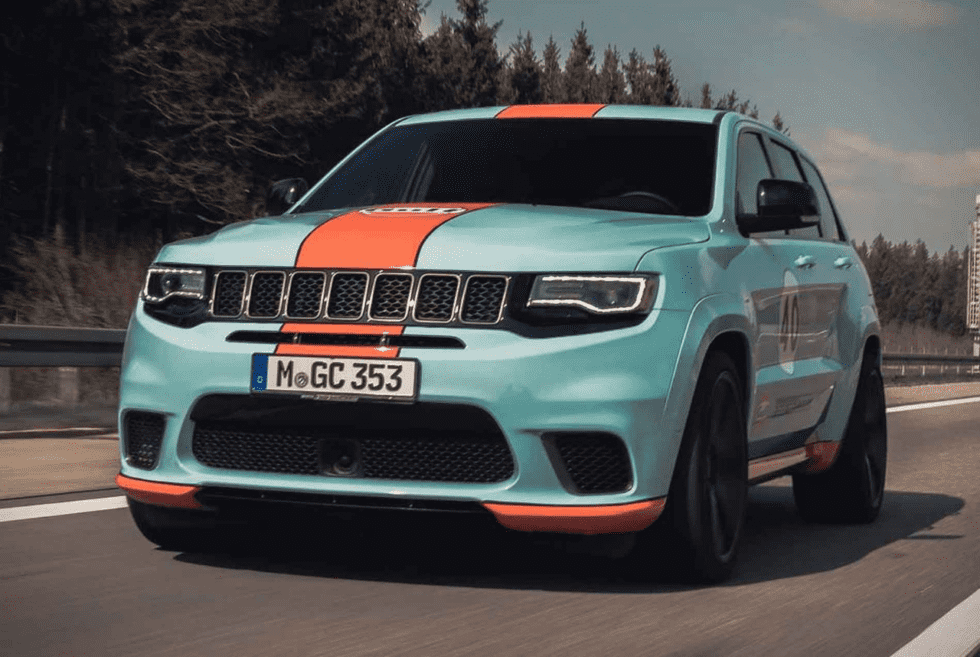 This year, a carmaker is bidding goodbye to the prestigious 24 Hours of Le Mans race. Ford confirms that the 2019 competition will be the last time it participates. Between 1966 and 1969, the Blue Oval boasted four consecutive wins but lost all succeeding races until it won another title again in 2016.

The machine that made it happen is the sporty GT, which even today still looks incredibly sexy. Perhaps one of the most iconic colorway that it came in was the Gulf Oil livery. The Geigercars Jeep Trackhawk Gulf, on the other hand, is a custom project that paints the SUV in light blue and orange.

First of all, color us impressed, because we never thought that this color combo with a deep racing heritage looks good on anything but a race car. After all, other than the Ford GT40, the McLaren F1 GTR and Porsche 917 likewise donned the coat. These automobiles are equally notable thanks to their victories in the 24 Hours of Le Mans races.

Going back, you should know that this Jeep Grand Cherokee Trackhawk is not only flaunting a fancy paint job. The Germany-based shop is also throwing in some tweaks to make the SUV even more formidable. Adding a set of new springs to adjust the suspension lets it sit about more than an inch lower than the original’s ride height.

With a touch of world-class German engineering, the Geigercars Jeep Trackhawk Gulf is getting a significant boost in performance. The shop is also adding tweaks such as forged pistons, new air filters, a supercharger, and a whole lot more. What you get is an insanely powerful 900 horsepower engine and a top speed of 194 mph. 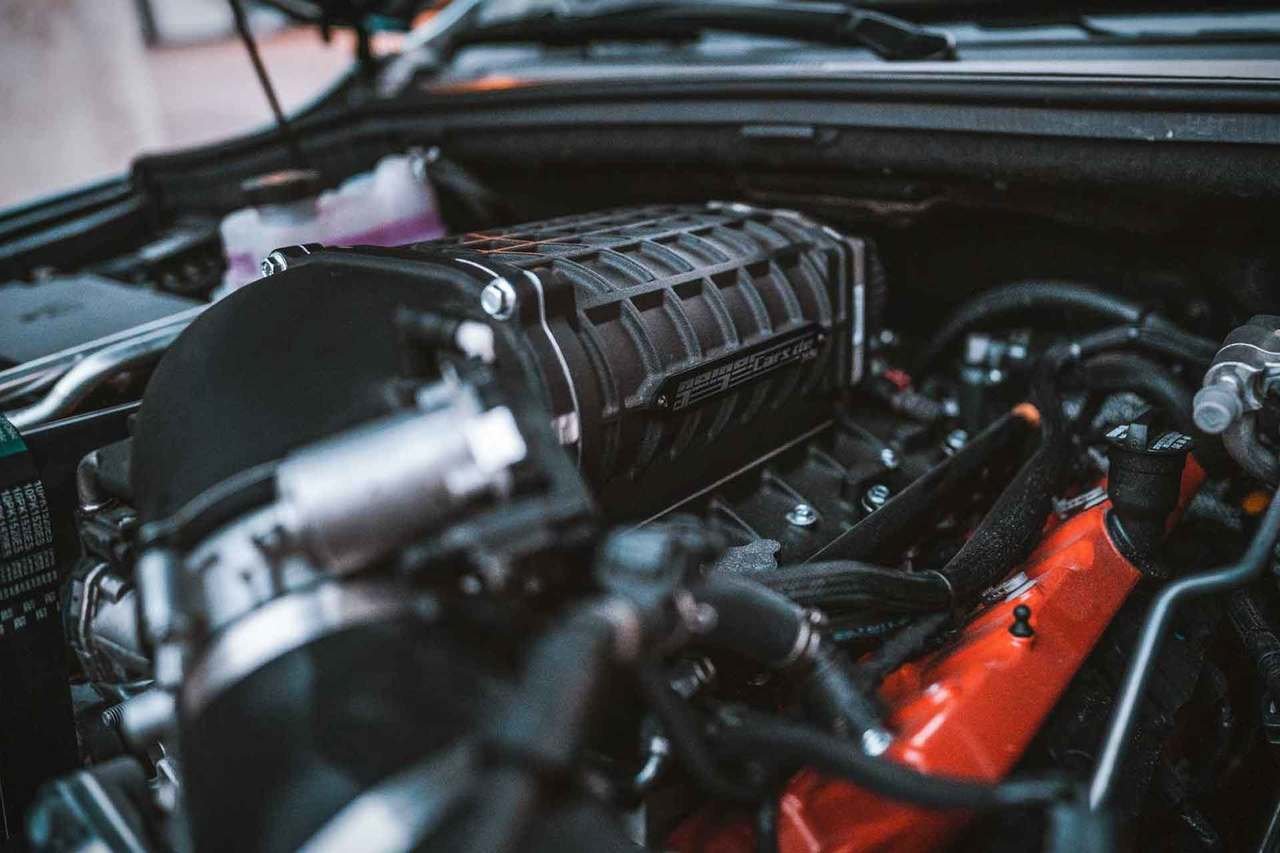 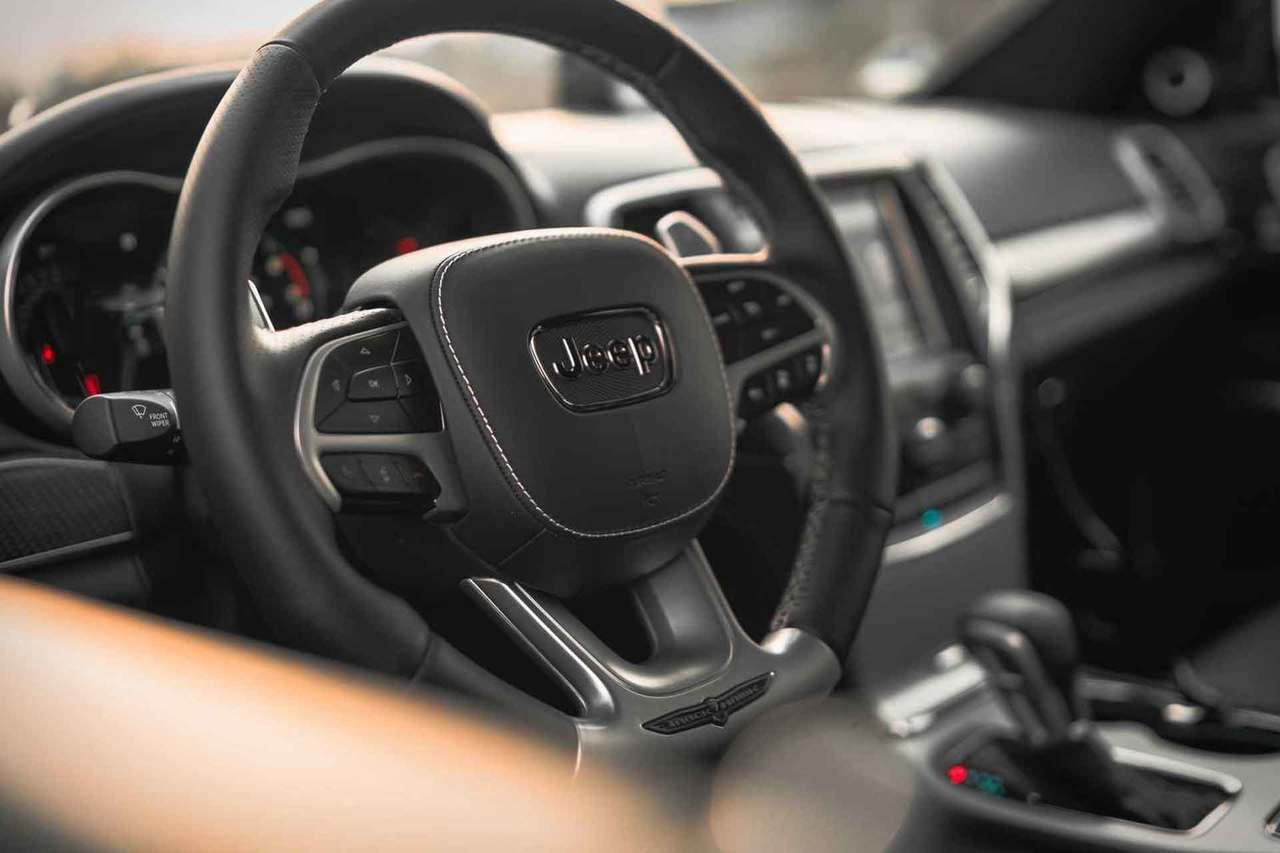 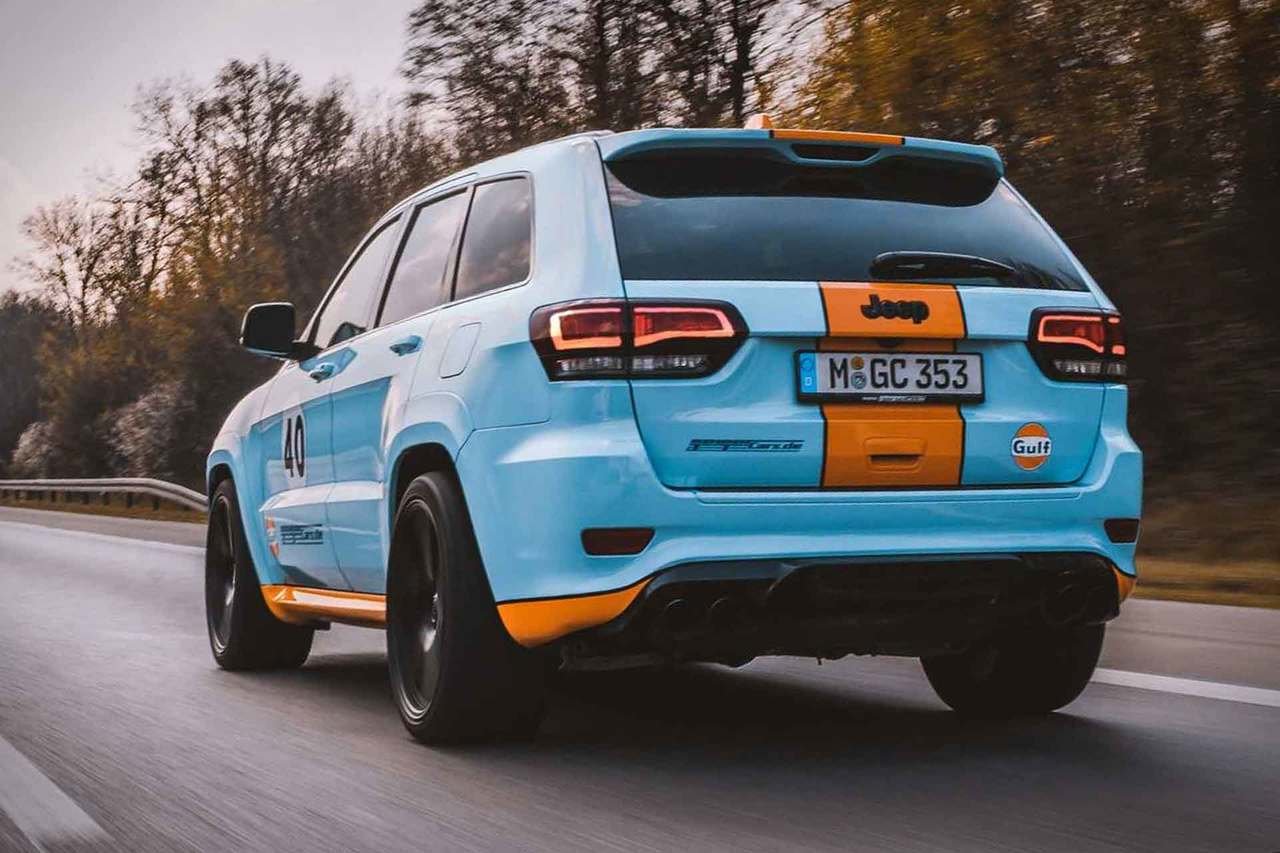 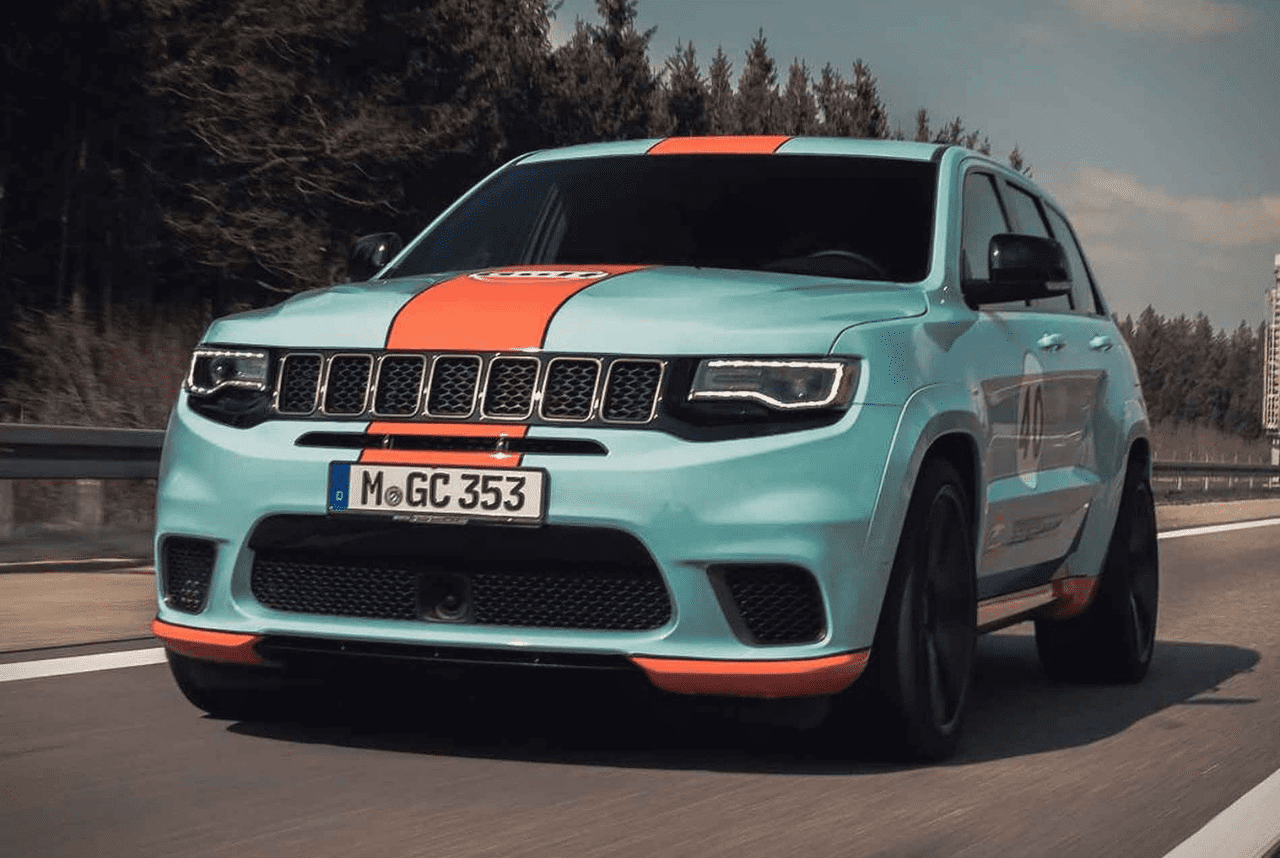