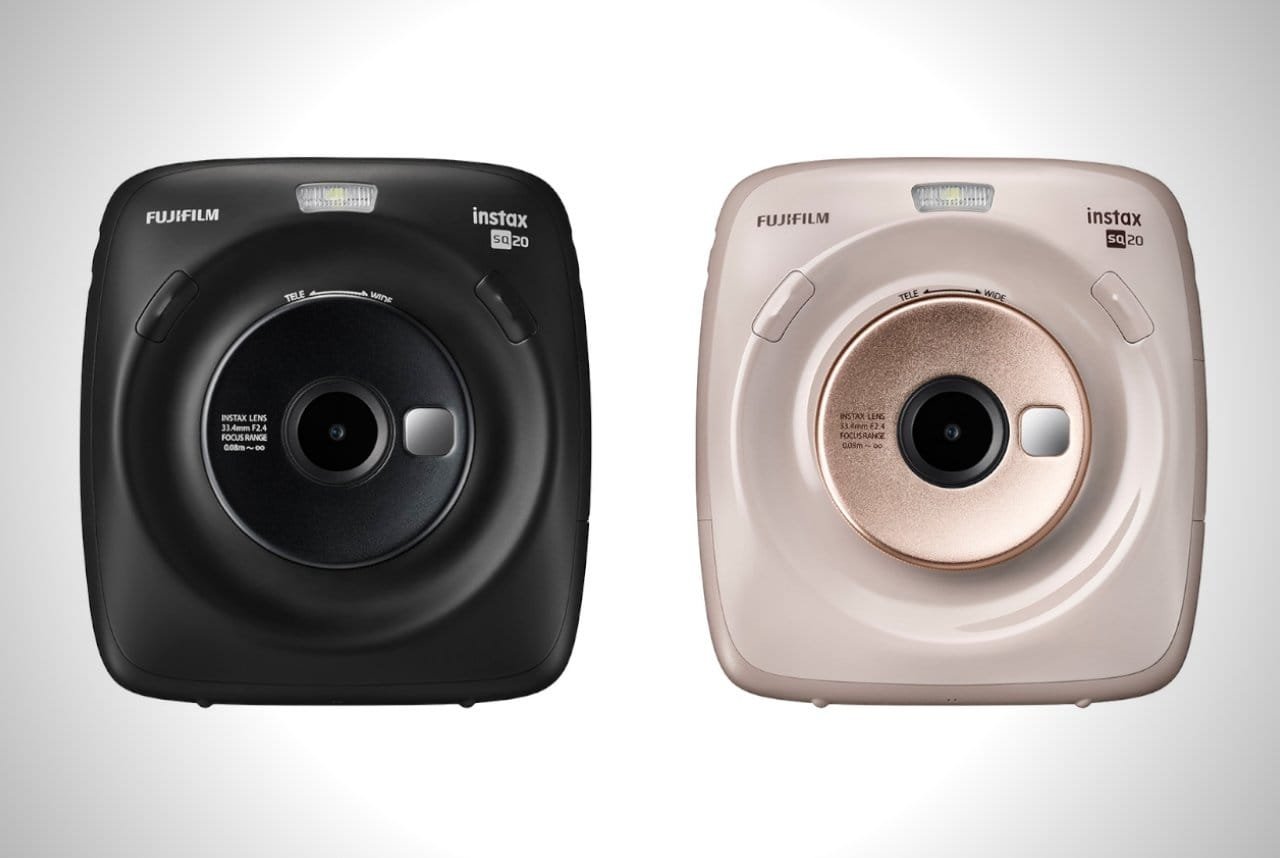 Fujifilm has finally unveiled its next hybrid instant camera, the Square SQ20. surprisingly, it can record video.

Nope, that’s not a clerical error — Fujifilm’s latest shooter is able to capture 15-second clips that go straight into your SD card. But that’s not really the selling point here. And anyway, this wee device won’t be able to hold a candle to your phone. Instead, the SQ20 processes these clips and creates new photo effects from them.

You can then edit and print instantly these works instantly.

The SQ20’s so-called motion mode allows you to select a frame from any clip and have that printed. You can also create a “fake” long exposure, in which a faux motion blur is added to recreate the effect. There’s also a feature called “time shift collage,” which gives you a sequence of up to four photos all in one frame.

As for the specs, you should know that the SQ20 sports a smaller sensor than its predecessor — one-fifth of an inch instead of one-fourth of an inch. Since the lens is the same, you end up getting a slightly closer field of view, equivalent to 33.4mm. And in case you want to really get close, you have the option of using digital zoom.

Other than the changes mentioned above, the new camera is virtually similar to the last one, only now you get a semi-digital shooter in combination with a portable photo printer. It gives you the satisfaction of using a Polaroid, but lets you have the freedom of choosing only the shots you want to print so as not to waste precious film.

The camera goes on sale Oct. 20. Pricing has yet to be announced, but the SQ10 originally launched for $280.

Protect Those Vintage Bottles of Wine With The Killspencer Wine Carrier