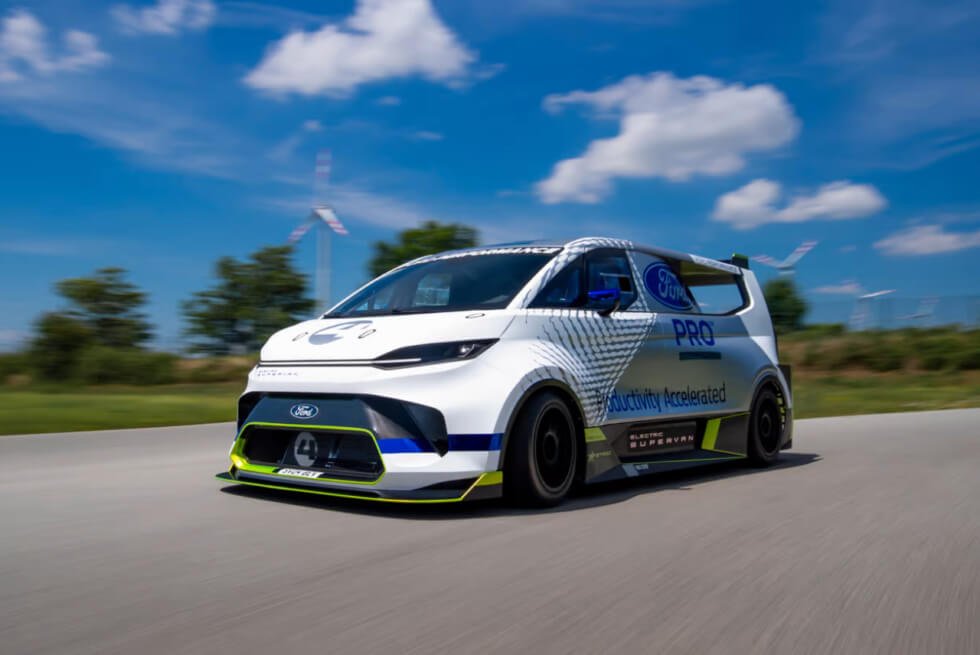 We’re now starting to see some of the thrilling reveals by leading names in the automotive industry this week. At the 2022 Goodwood Festival of Speed, Ford just took the covers off the much-hyped Pro Electric SuperVan. As already teased by insiders before the big reveal, this is one van you don’t want to pick a fight with.

Since the success of its Mustang Mach-E, the Blue Oval has been pushing for more all-electric platforms. Just like its rivals, the American marque is setting its sights on the full electrification of its lineup by 2030. The Pro Electric SuperVan, or the “SuperVan 4” – as others call it – seems like an insane flex of what they’re capable of these days.

Ford Performance and STARD are in this together. The latter is an Austrian outfit that specializes in emission-free projects. Specifically, they focus on regular motorsports and rallying as well. Therefore, they’re pushing the capabilities of the Pro Electric SuperVan to extreme levels.

The basic van outline is clearly intact, but it also flaunts aggressive aerodynamic body kits. The green trims on the edges of the grille, front splitter, side skirts, rear wing, and rear diffuser are a visually striking touch. The rest of the Pro Electric SuperVan exterior features graphics in silver, white, and blue.

They’re mounting the 50 kWh liquid-cooled batteries in the middle. Drawing power from it are four electric motors that produce up to 1,973 horsepower. The zero-emission all-wheel-drive powertrain can push the Pro Electric SuperVan from 0-62 mph in less than two seconds. Ford Performance outfits it with a full roll cage and racing seats according to FIA standards. 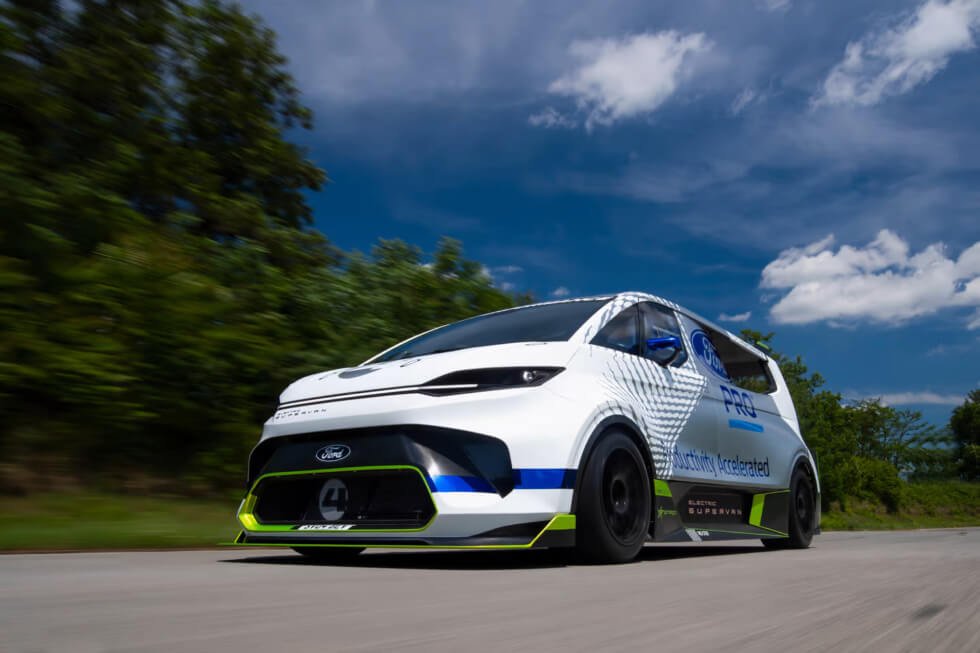 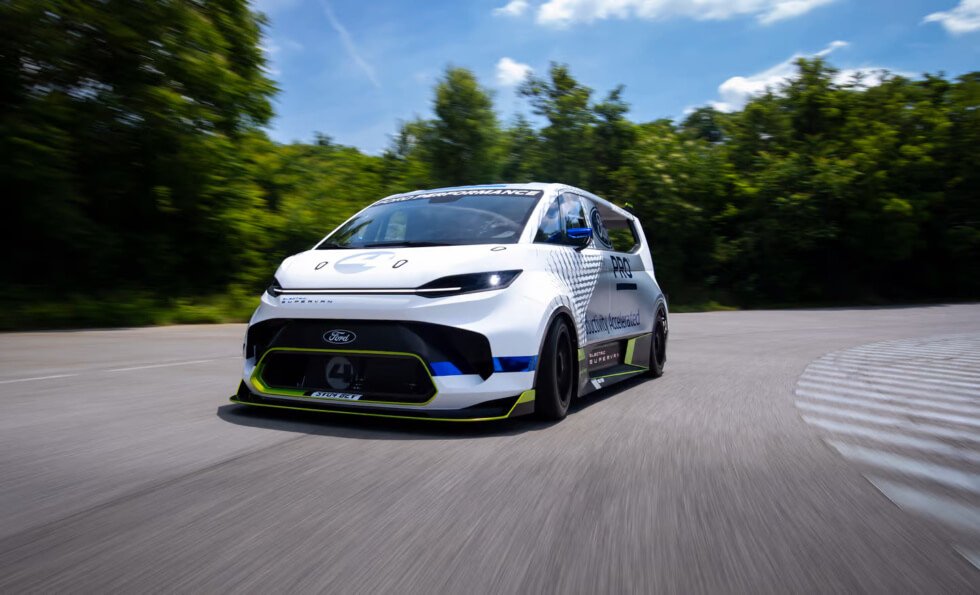 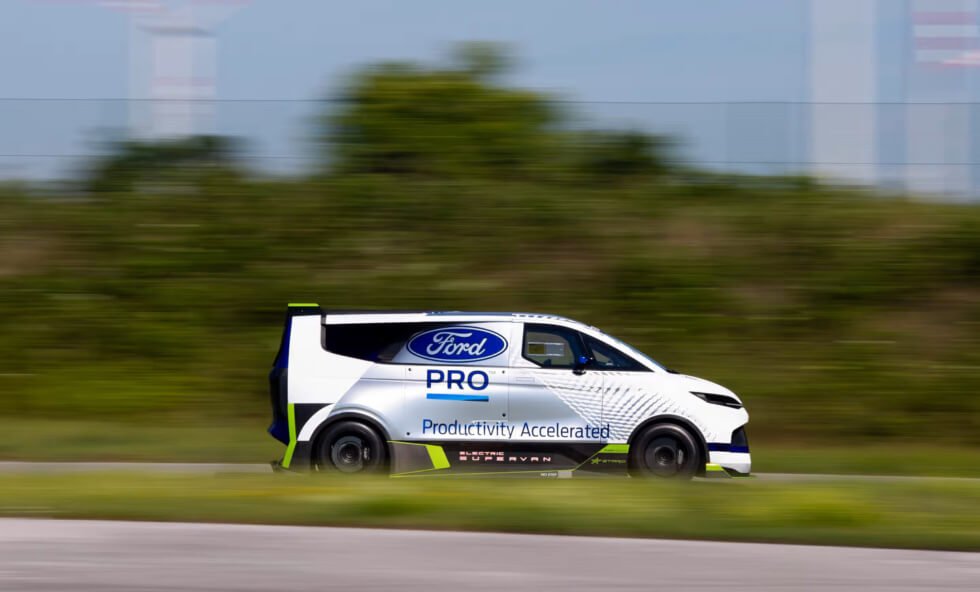 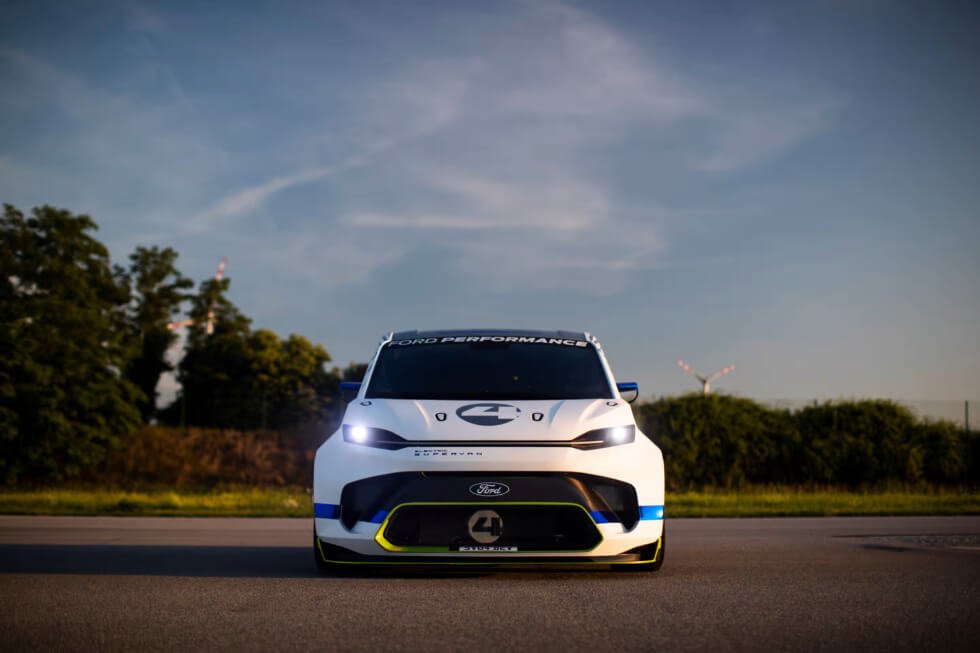 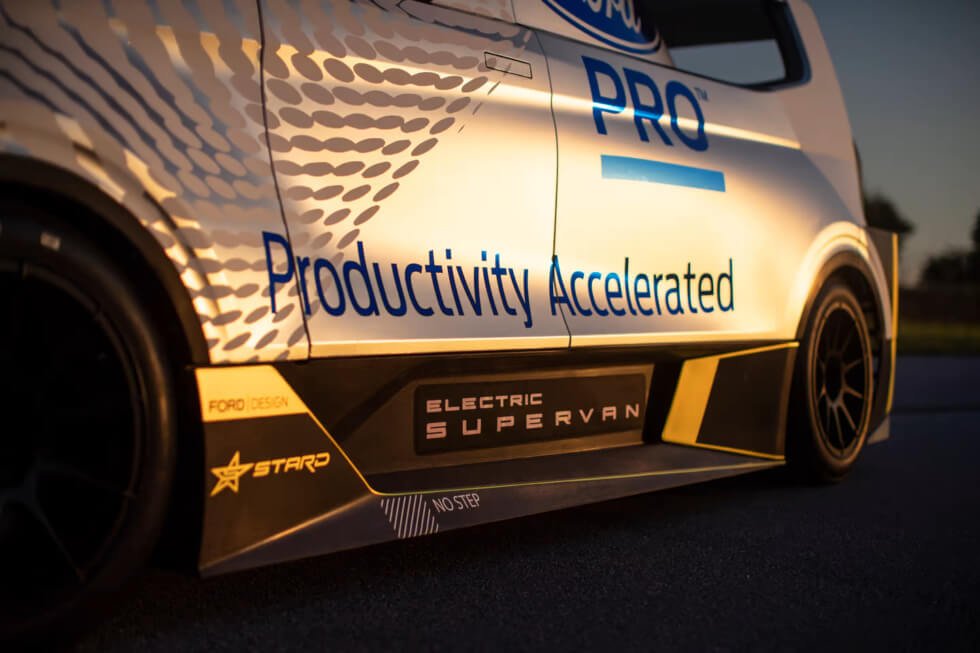 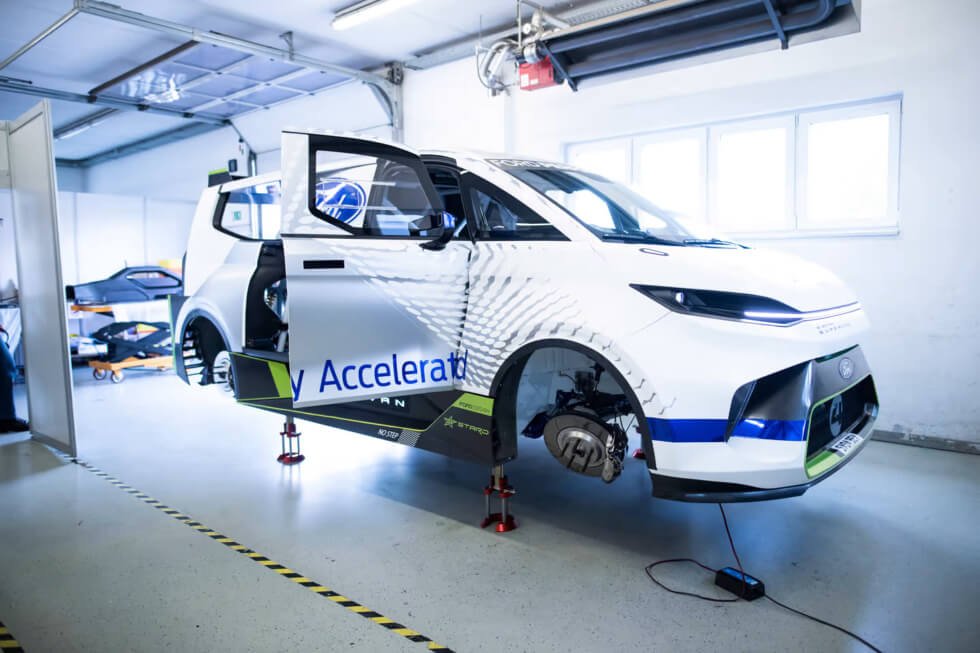 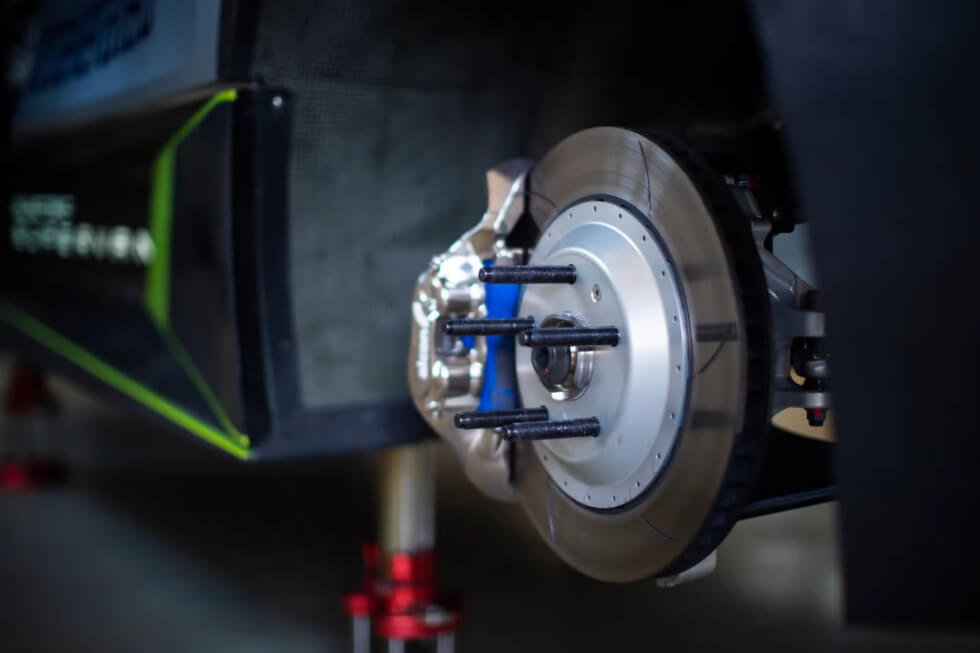 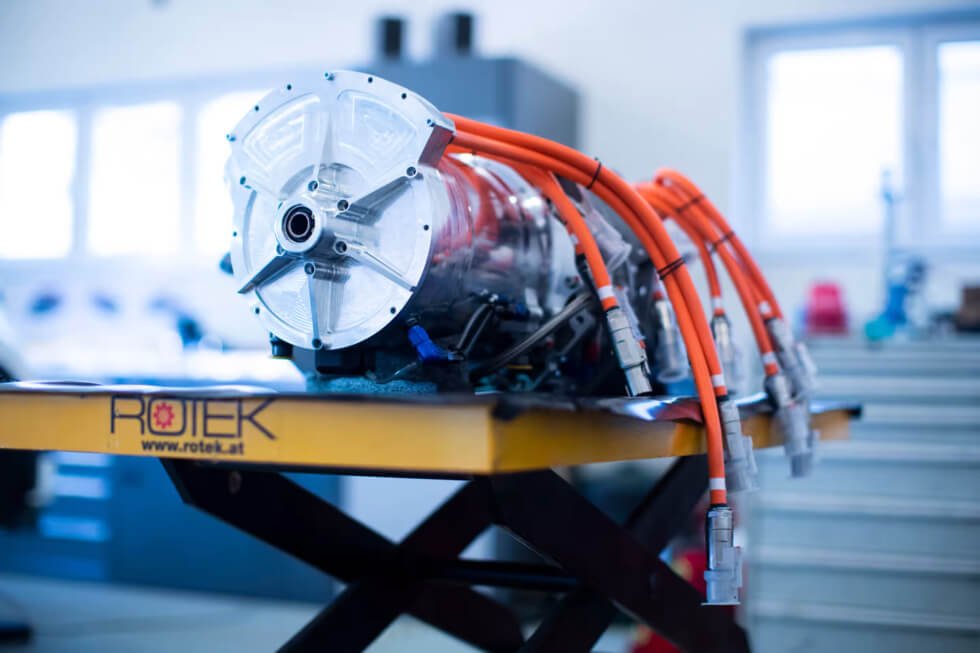 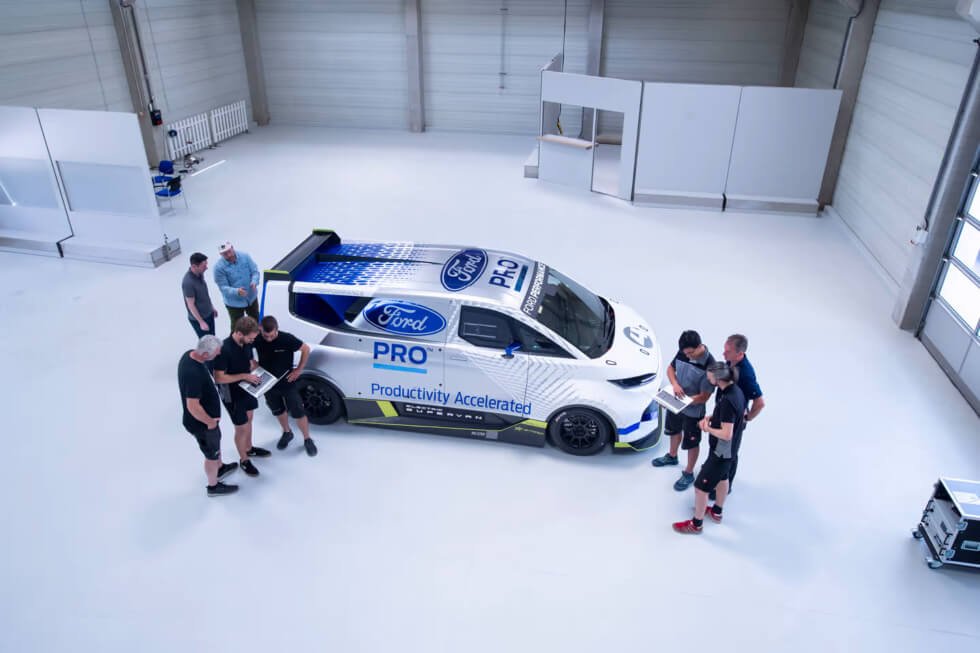 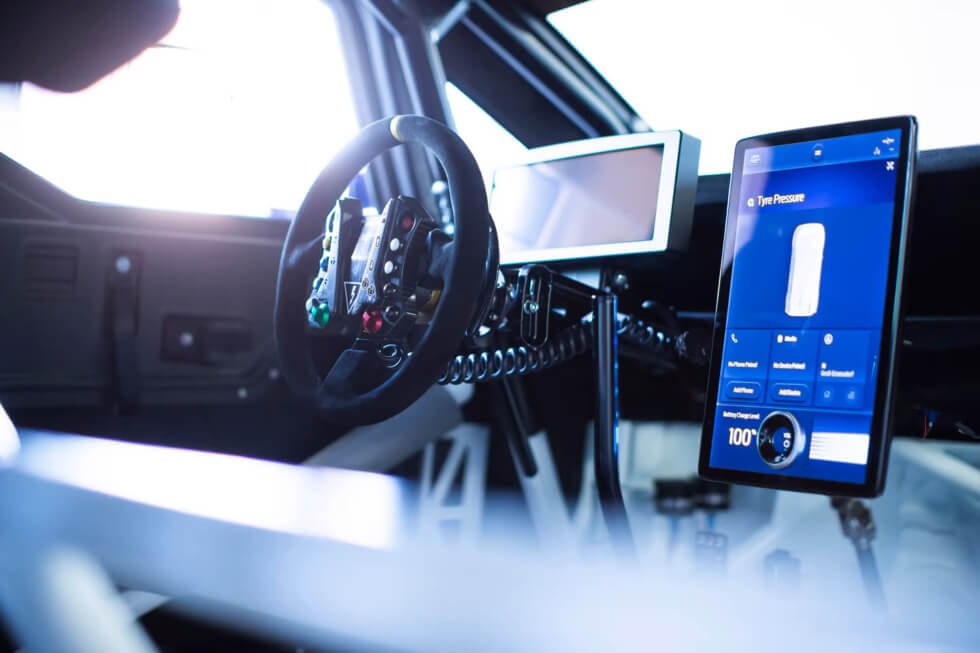 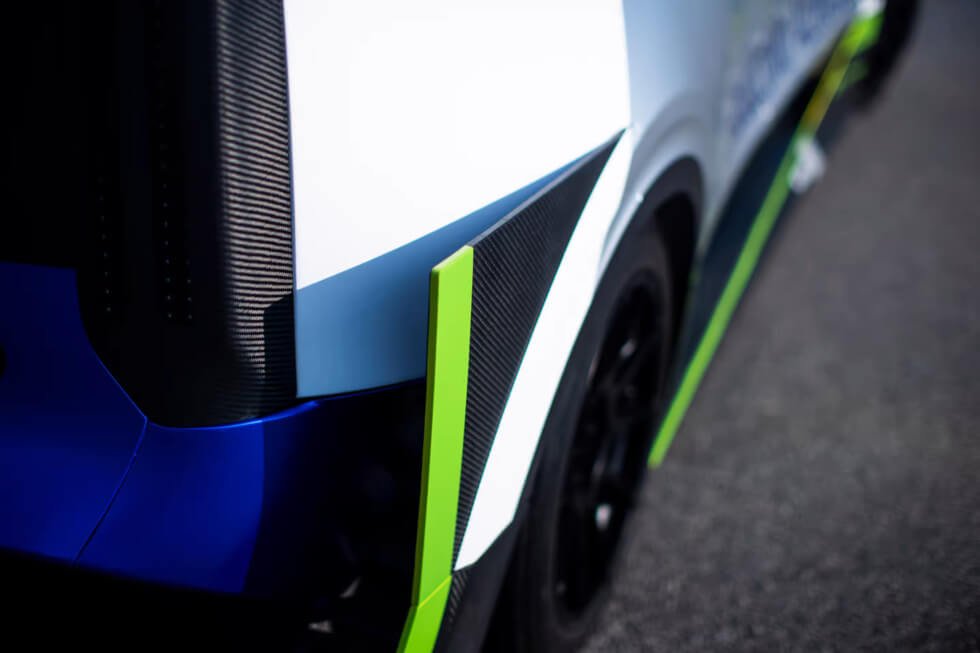 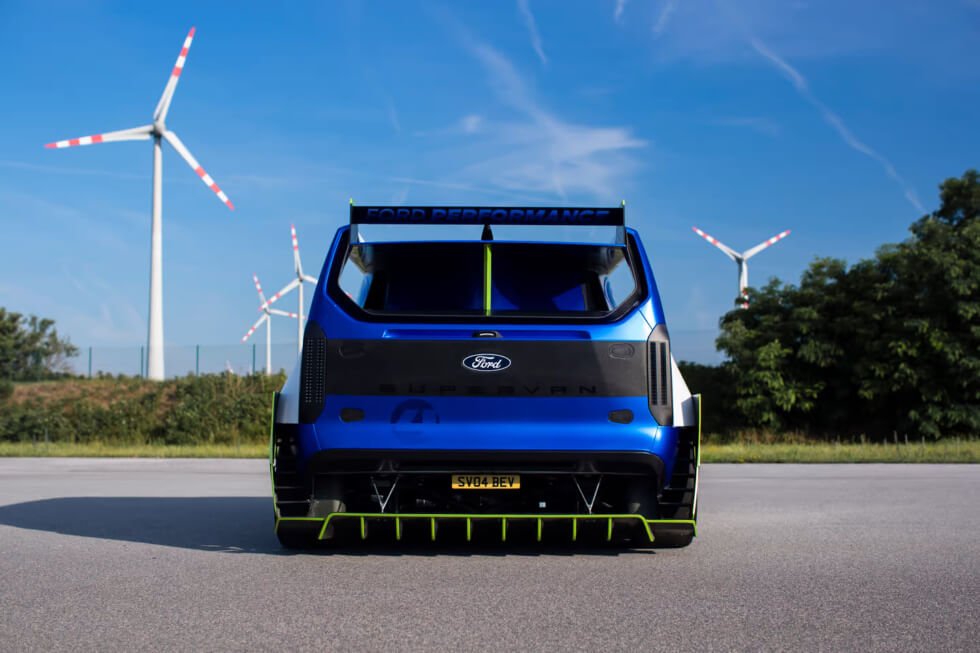 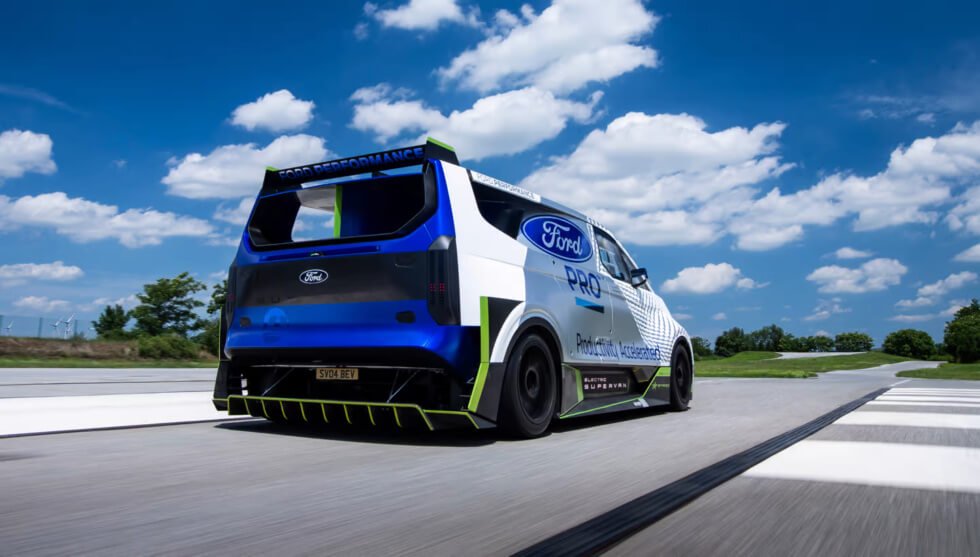