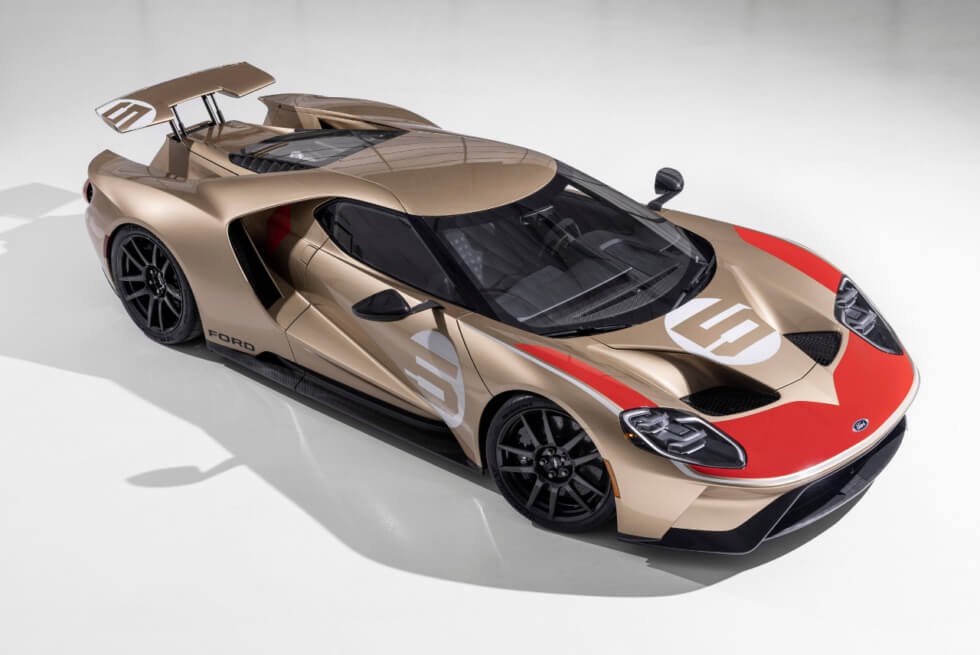 Usually, when carmakers announce exclusive models, these are versions that commemorate major milestones or achievements. For 2022, Ford unveils the GT Holman Moody Heritage Edition that’s downright jaw-dropping. Ever since the Blue Oval’s stunning victory in the 1966 24 Hours of Le Mans, the supercar and its succeeding iterations have become an icon in motorsports.

Its 1-2-3 podium sweep at the time made the GT40 MK II a household name. Over the years, Ford regularly updates the street-legal lineup with upgrades and visual tweaks which make each generation a must-have for the serious collector. The GT Holman Moody Heritage Edition will make its official public debut at the 2022 New York International Auto Show.

The expo will open its doors on April 15 and run until the 24th, which should be more than enough time to convince attendees to order. Given the American marque plans to end production of the legendary series soon, this might be your last opportunity to own one. With the GT Holman Moody Heritage Edition, buyers are not only getting a sleek and sexy machine.

Moreover, it flaunts a striking colorway and graphics. This variant honors the people who were major contributors to its success and in the years after. The GT Holman Moody Heritage Edition features a red over gold livery. Oxford White roundels with the number 5 are visible on the hood, doors, and rear wing.

Exposed gloss carbon fiber components add another chromatic contrast to its design. It’s also on the side sills, front splitter, rear diffuser, engine louvers, and 20-inch wheels. The composite also makes it into the cockpit on the door sills, registers, seats, and console. The Ford GT Holman Moody Heritage Edition cabin is likewise embellished with golden elements to fit the overall theme. 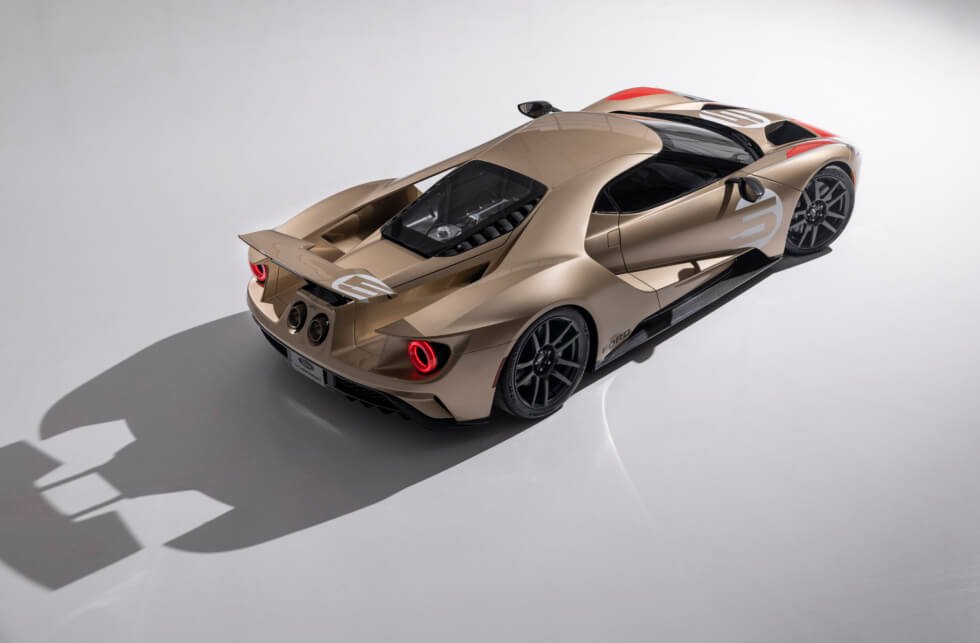 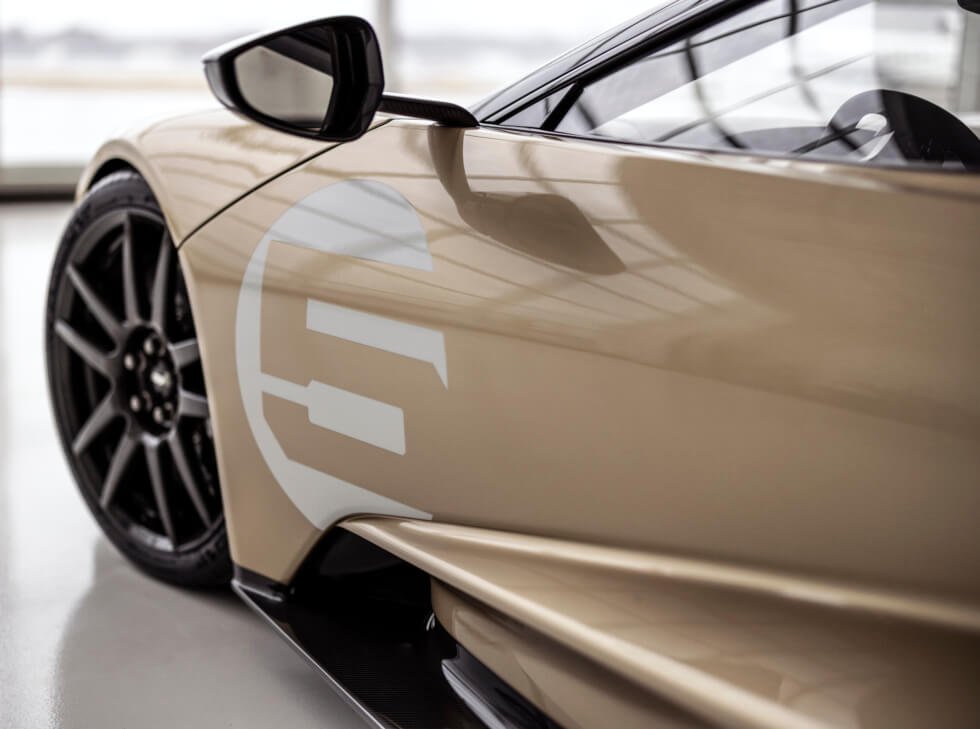 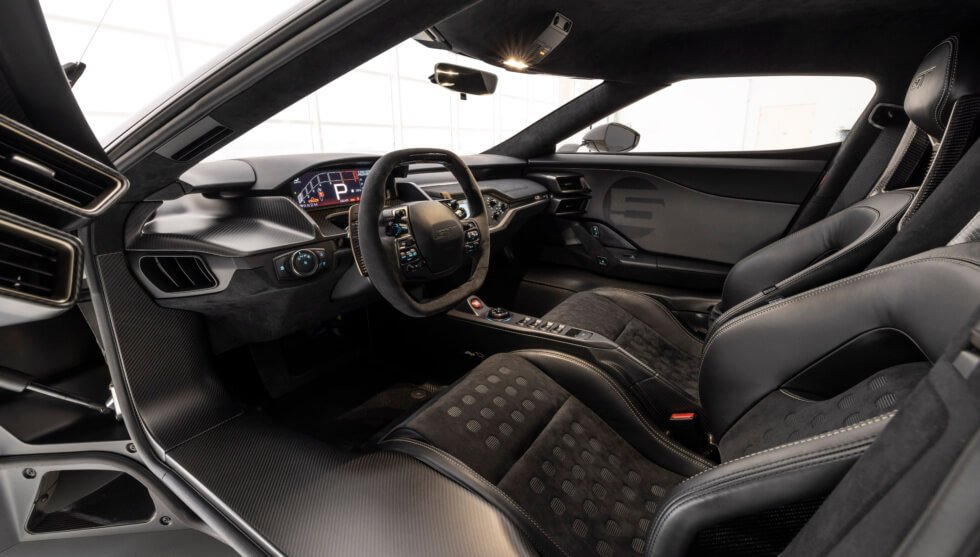 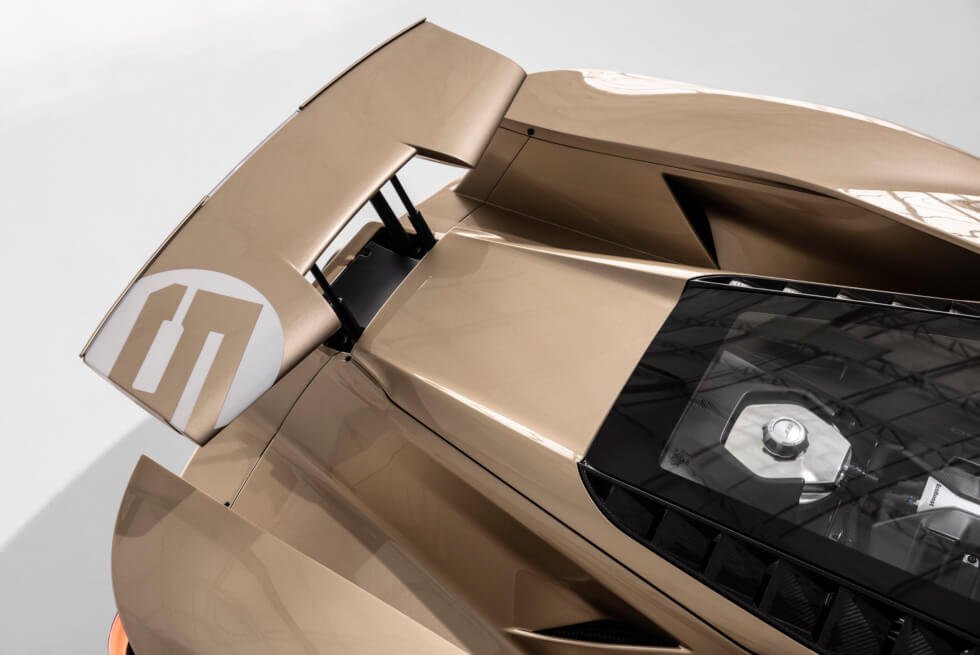 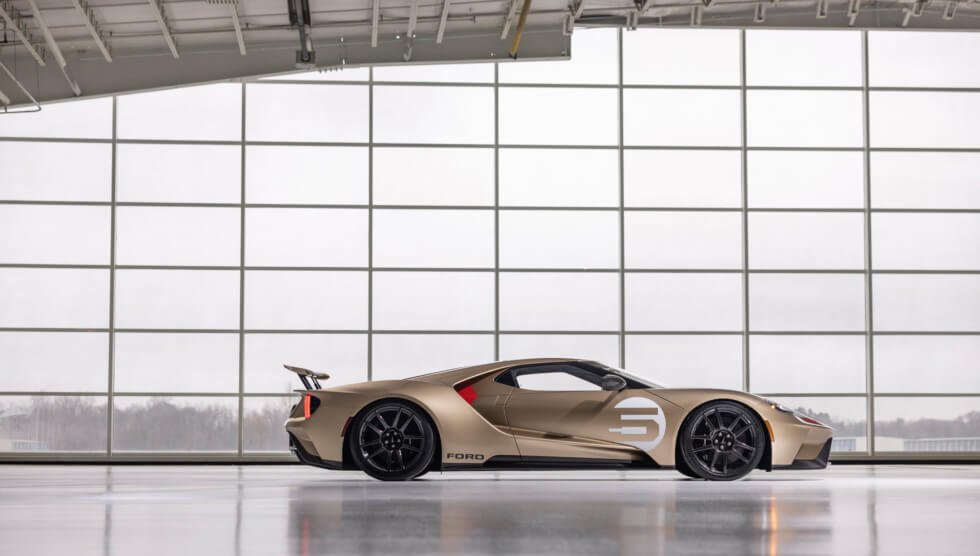 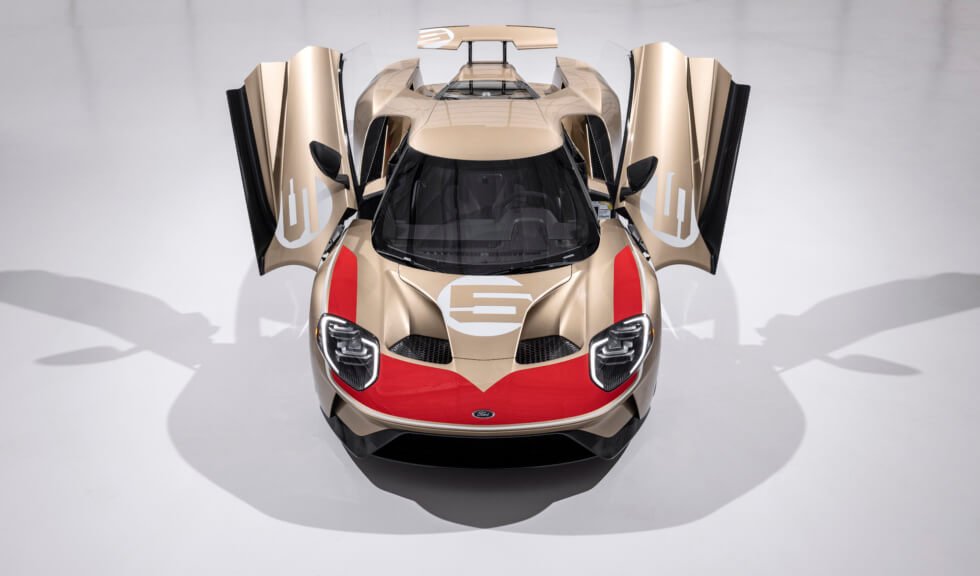