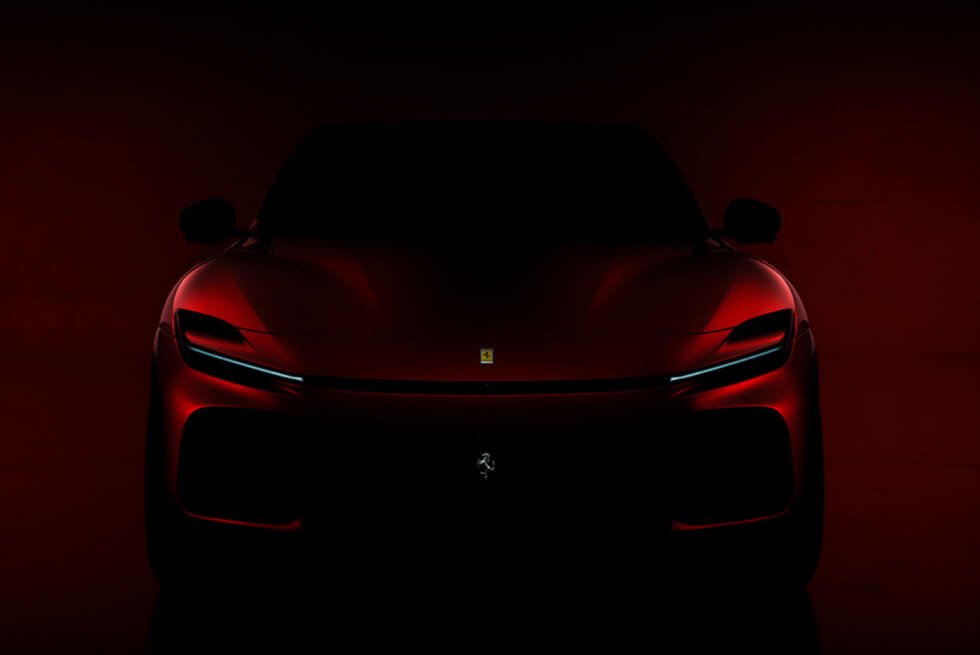 Among the iconic Italian supercar manufacturers, Ferrari remains the only one that is yet to enter the SUV market. Maserati has the Levante, while Lamborghini gives us the Urus. Since 2017, automotive industry insiders claim the Maranello-based outfit has one in development. After years of leaks and rumors, Ferrari finally makes the Purosangue official through an announcement on social media.

From what we know, the name might still be a temporary placeholder due to the trademark dispute between the Purosangue Foundation and Ferrari. It’s likely this debacle is still ongoing since there is no mention of the model. On the other hand, it finally confirms what everyone speculates for quite some time now.

Those hoping for a full reveal are in for a world of disappointment since it’s nothing but an image. Furthermore, it’s not even a full view of the SUV as what get is a shadowy angle of the vehicle’s front fascia. However, we do notice a couple of interesting details.

There’s that supercar silhouette, LED strip running lights, and the Prancing Horse emblem. Likewise, it’s evident that the Purosangue flaunts a crimson coat which is an iconic colorway for the carmaker. Others point out that the features somewhat match spy shots circulating online.

In some of those photos, we can see a fastback rear outline with quad exhausts. The overall shape of the hood, fenders, and bumpers seem to line up with the Purosangue teaser image. The Instagram post reads: “You’ve heard the rumours… and we’re delighted to confirm they’re true (some of them). All will be revealed later this year.”