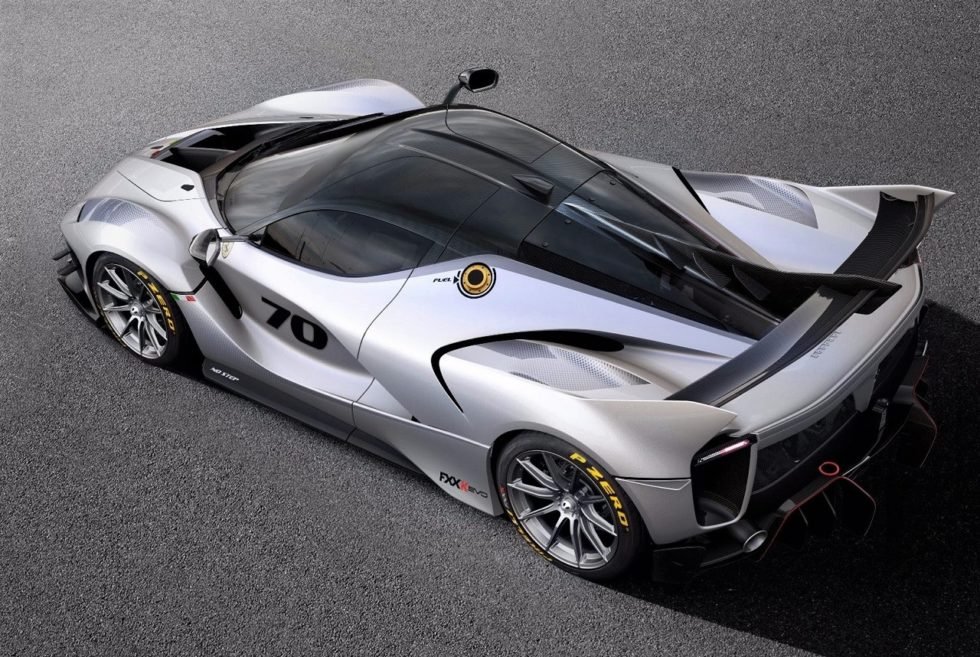 Sometimes being the best is hard to top. Case in point is the Ferrari hybrid LaFerrari which got an upgrade with the track-only FXX-K with 1,035 horsepower from a combination 6.3 liter V12 and its electric motor augmented with a Formula One-style KERS battery system. Now they have taken it even further with the release at the Finali Mondiali at Mugello this month of the Ferrari FXX-K Evo.

Considering the FXX-K’s powertrain packs plenty of muscle, the Evo is all about the evolution of the body to even better aerodynamic supremacy. Eliminating the side fins, they were replaced by a large fixed wing that included a stabilizing ‘shark fin’ to support its three vortex generators and producing an extra 10% downforce.

The rear bumper has also been reworked to complement the diffusers and generate another 5% downforce. With so much force on the back, it was necessary to add more vortex generators under the lights and undertray. With a more Formula One-like steering wheel plus shift paddles and KERS buttons coupled with the 6.5″ video screen, the Ferrari FXX-K Evo has already taken hypercars to a new level. 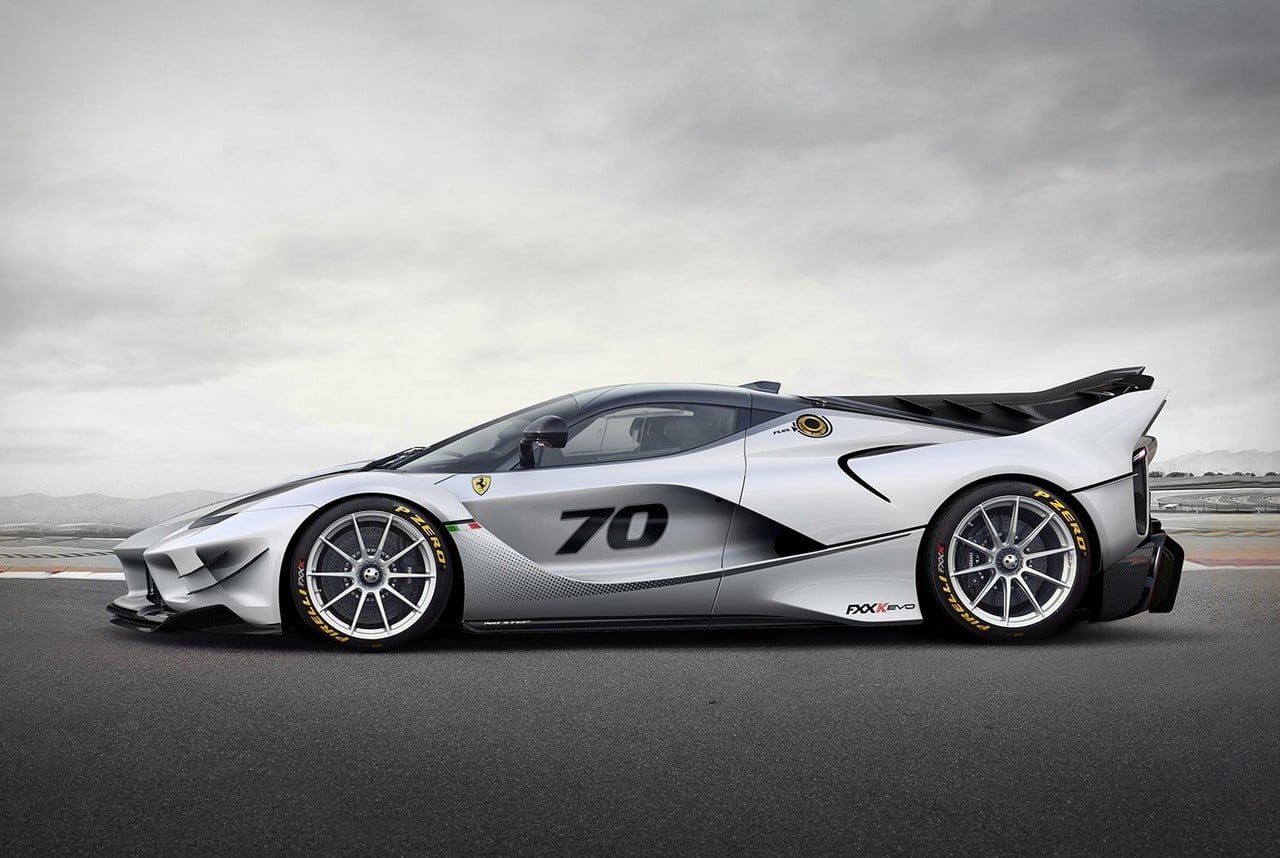 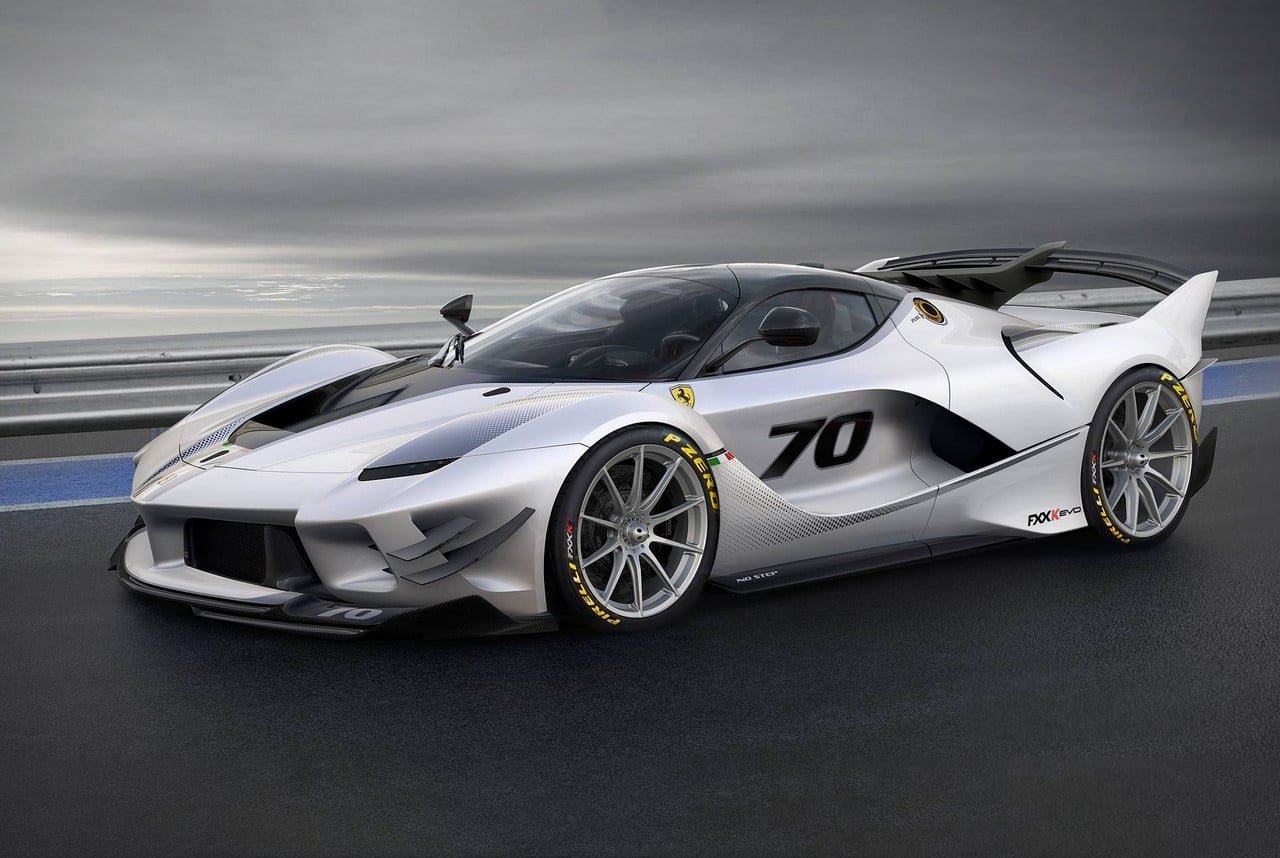 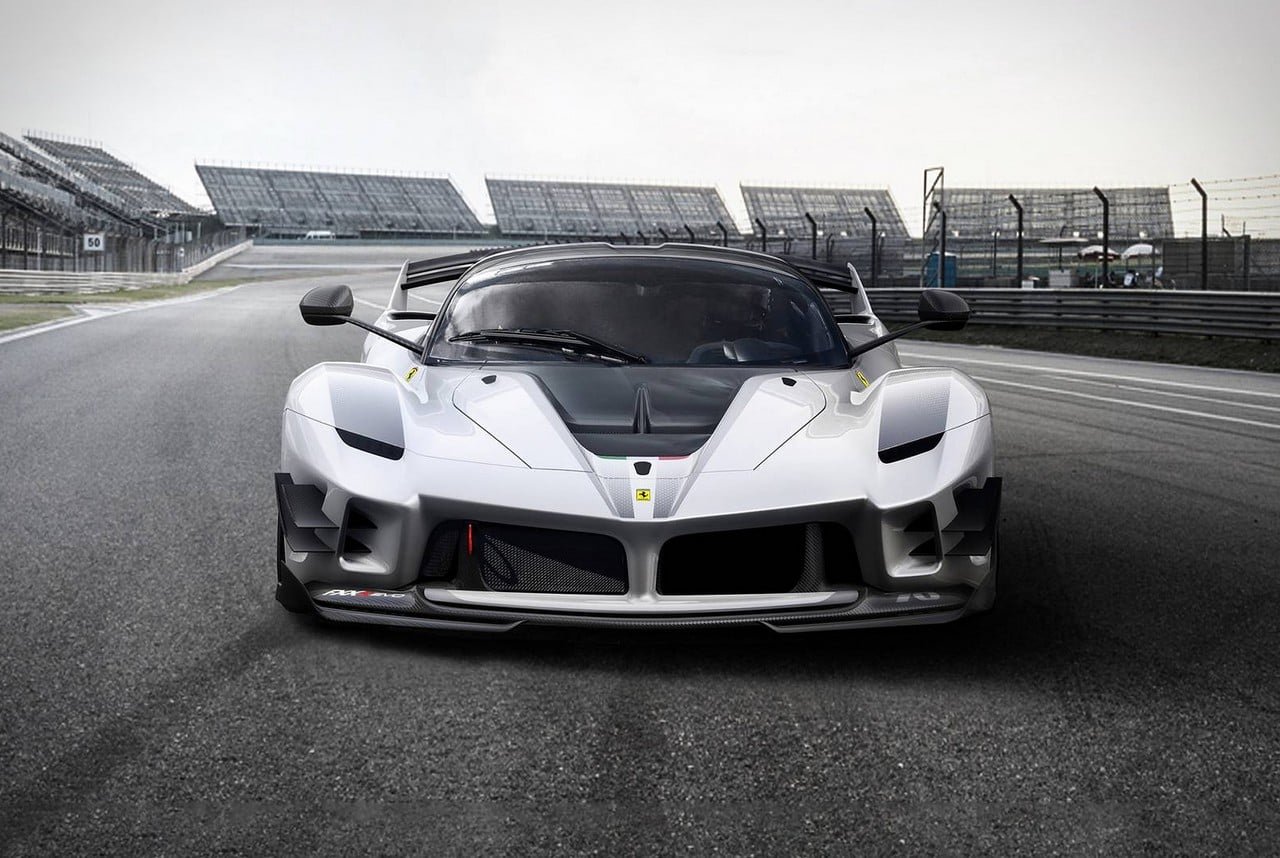 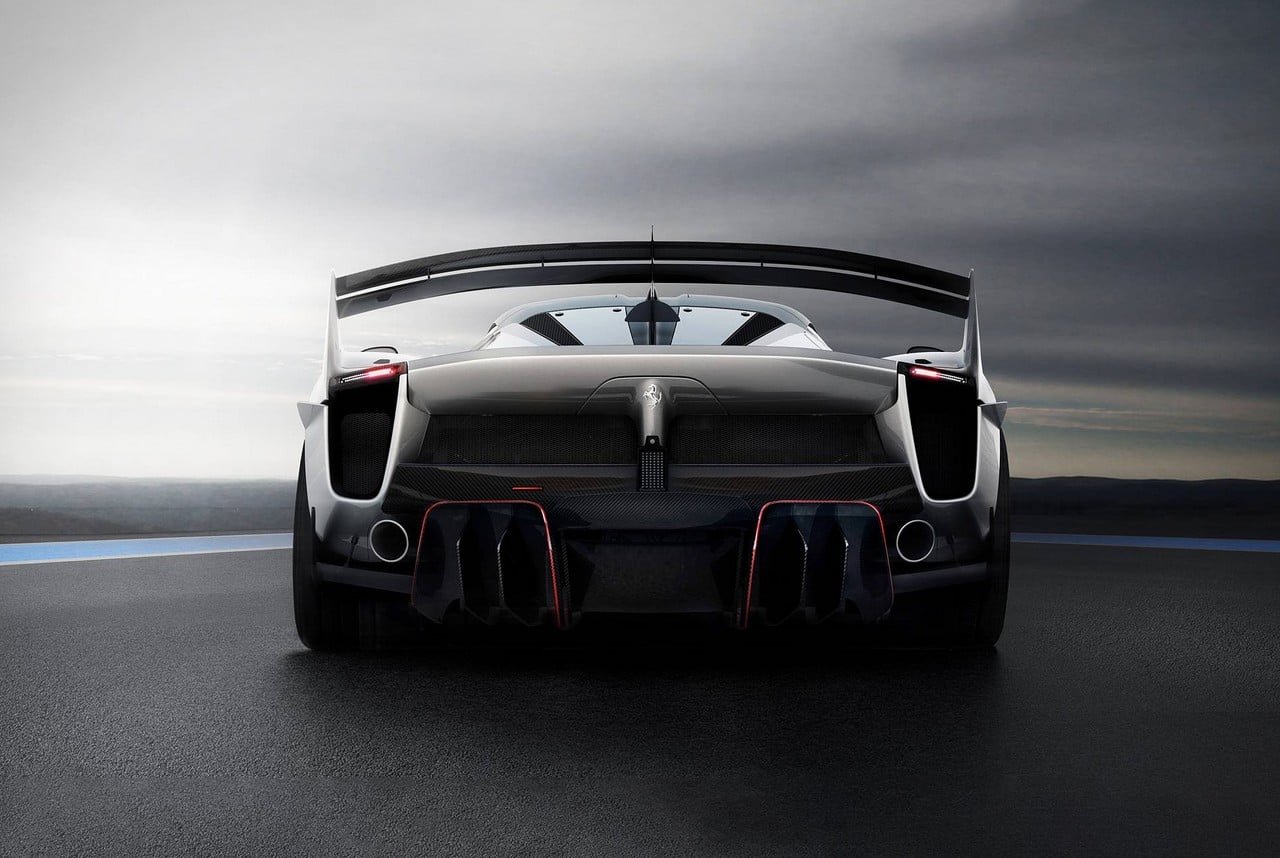