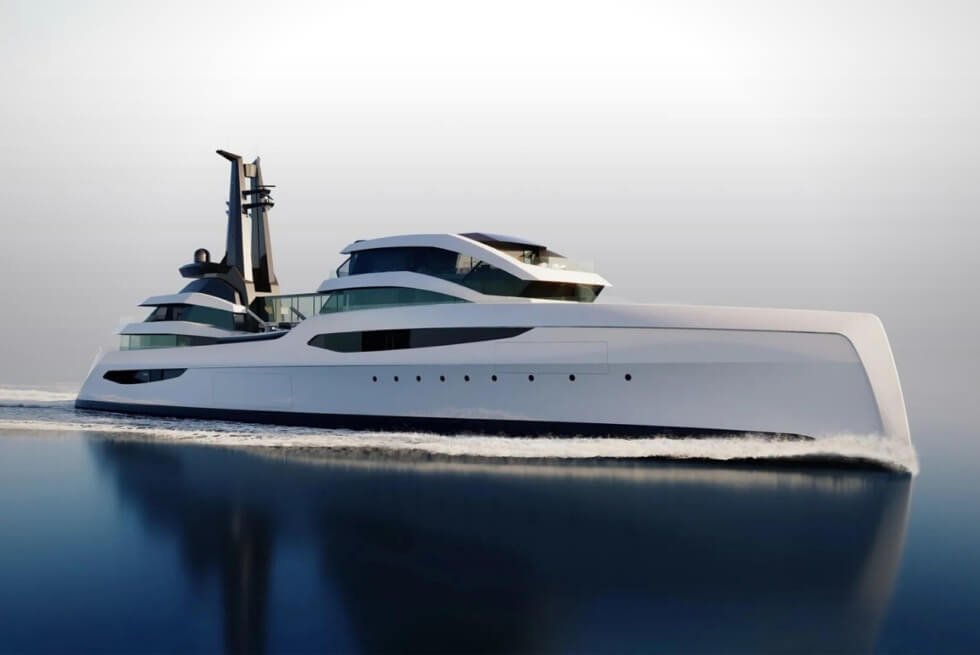 With so many yacht concepts popping up, we’re getting a mix of traditional and ridiculous designs. Occasionally, some that strive for the avant-garde wind up in the headlines despite how crazy they may be. This is the EXPV and at first glance, it might seem unremarkable save for its sleek outline. However, there’s more to it when you get to the details.

This concept is the work of Feadship with Harrison Eidsgaard behind its blueprint. What this monohull proposal does differently is split the owner’s spaces from those designated for the guests. Although most superyachts go about it the traditional way, this one opts for something you likely won’t see too often.

Instead of a single superstructure, the EXPV boasts two. The one closest to the bow features everything a client would want on their superyacht. There’s a helipad all the way on top, an observation lounge, a private terrace, an office, and a suite. Both an elevator and a staircase are available.

Next, to the aft are volumes dedicated to the owner’s guests. It somewhat mirrors the other EXPV deckhouse, but only to a degree. There are six staterooms, and each faces the sea and touts private terraces as well. The rooms can be combined to turn them into larger suites for VIPs. A bar and observation lounge are likewise accessible here.

A floating glass bridge connects both and is one of the highlights of the EXPV. Meanwhile, in between and at the lower deck is the Ocean Lounge, which holds an indoor swimming pool and folding platforms that open out for views of the waters below. The 286-foot explorer vessel uses a hybrid diesel-electric propulsion setup with enough output to reach cruising speeds of up to 15.5 knots.