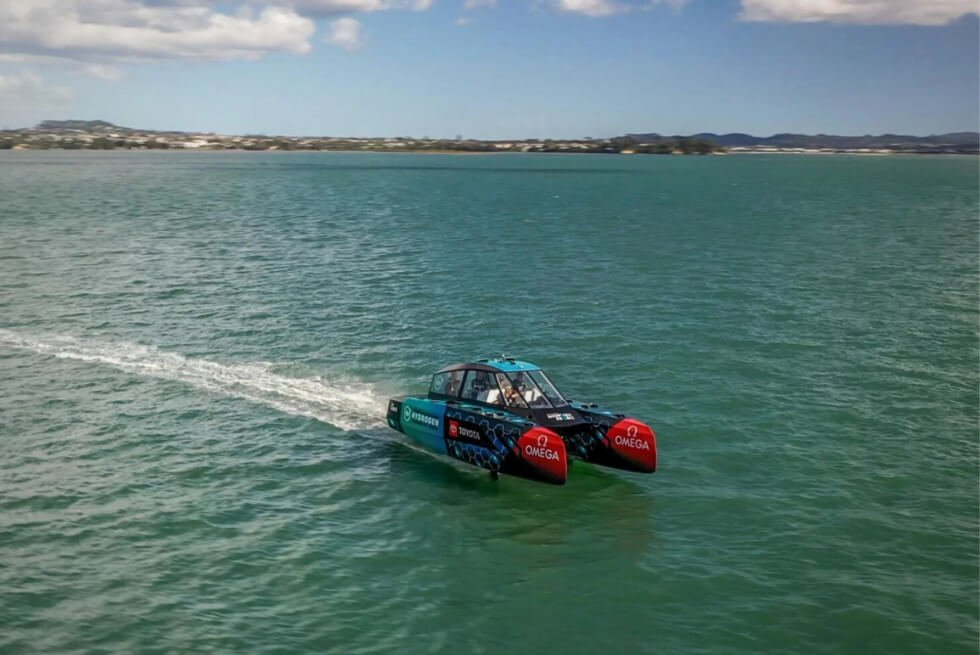 It might still be a long way before commercial all-electric watercraft become as ubiquitous as EVs. Nevertheless, brilliant minds out there are ready to shift traditional forms of transportation into emission-free platforms. The Emirates Team New Zealand announces plans to compete in a future installment of the America’s Cup aboard the Chase Zero.

Instead of a battery-electric system, the foiling chase boat is using a hydrogen-electric setup instead. The engineers are sourcing the fuel cells from Toyota, which is one of the few advocates of the technology. The Chase Zero is no longer just a concept as tests are now ongoing for its working prototype.

Emirates Team New Zealand reveal the vessel already completed its maiden voyage around the Waitemata harbor in Auckland. Once it enters the race, it will also mark a major milestone for those behind this remarkable project. The Chase Zero holds a pair of 80 kW Toyota Hydrogen fuel cells in each of its twin hulls.

As the volatile gas undergoes catalysis, it generates power to charge the batteries or directly run the electric motors for propulsion. This allows it to reach speeds of about 30 knots directly from the fuel cells. Add the batteries into the equation and it can push that up to 50 knots for short bursts at a time.

Innovations, later on, should deliver higher numbers. The 32.8-foot foiling chase boat can accommodate up to six crew members. Emirates Team New Zealand COO Kevin Shoebridge says, “it is basically water vapour coming out of the exhaust, which is amazing when considering the positive environmental impact that can be made by reducing emissions from regular boat engines.” The Chase Zero could be the new face of sustainable sailing. 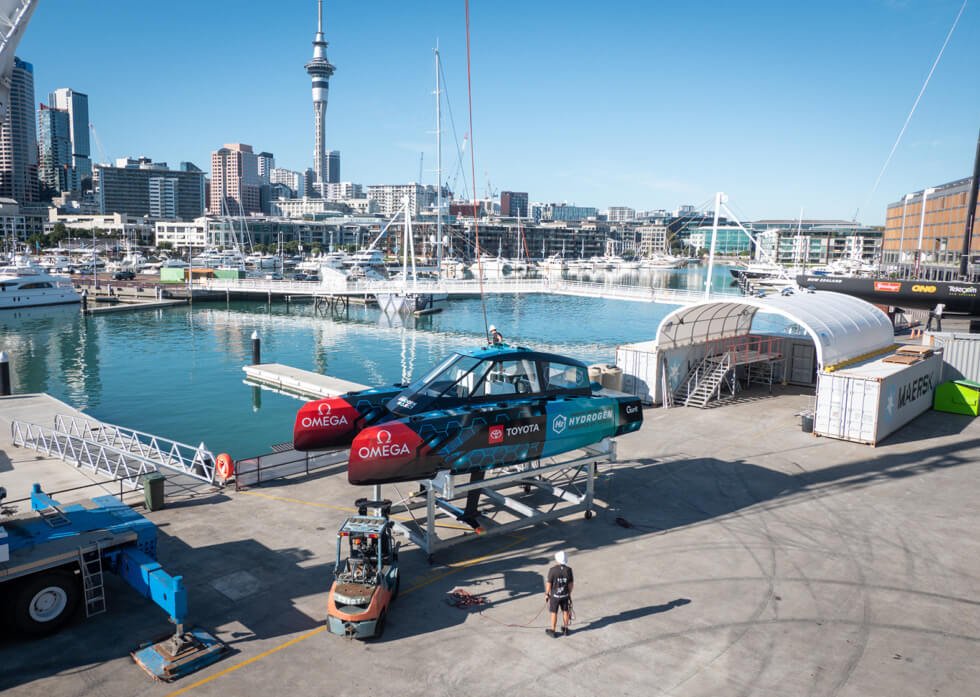 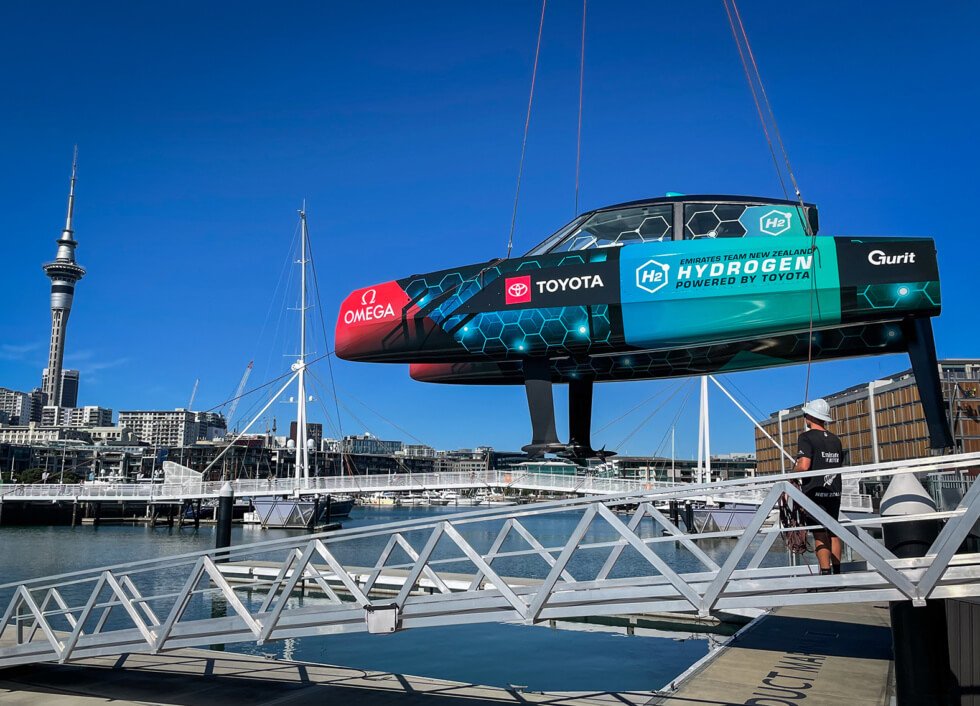