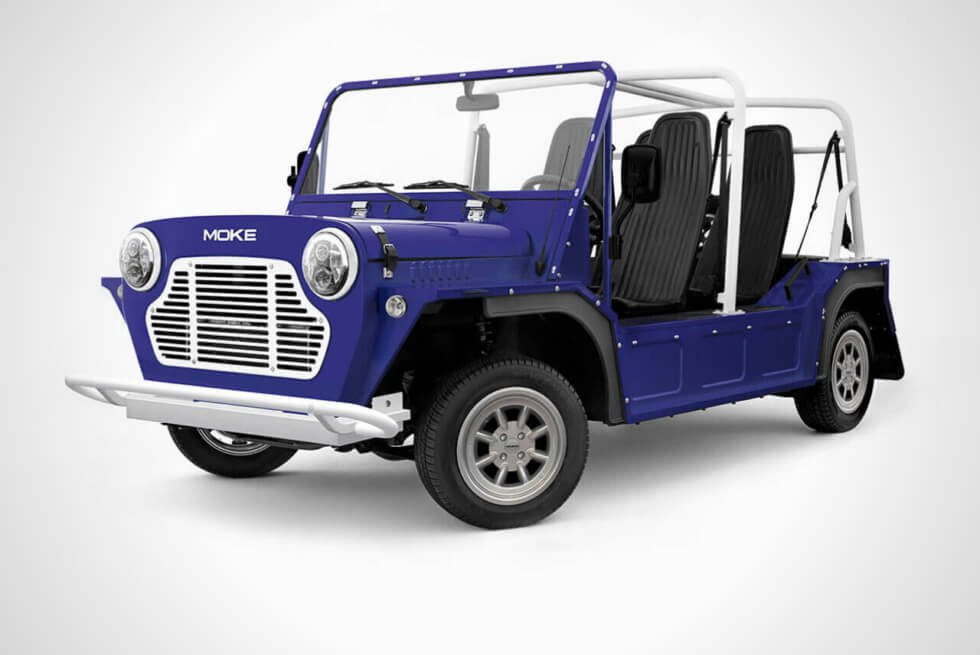 We are still a long way off from summer and it’s still very chilly to hit the beaches in certain parts of the world. Nevertheless, with a ride like this Moke here, you’ll wish it was a lot warmer right now. The British marque and its odd yet lovable vehicle are finally going all-electric and launching the new model this year.

When exactly, you ask? Of course, just like Hollywood’s schedule for its blockbusters, the sustainable version drops summer of 2022. We’re glad that Moke International is not giving the aesthetics a major overhaul. Instead, it retains the classic silhouette but drops the traditional engine for electric motors.

It’s a noticeable trend among carmakers to go overboard with LED lighting and aggressive styling. This usually happens whenever they switch over to battery-electric systems. We get it that the combination of both advertises its emission-free status, but at least don’t mess with the iconic design.

The electric Moke still seats up to four people comfortably. Also, no doors make it easy to hop in or out. Just hope that the weather is favorable before you set out on an excursion because the roof is optional. It takes four hours to fully charge the batteries. Meanwhile, the range should be about 90 miles with a top speed of around 62 mph.

The manufacturer is keeping its commitment in 2021 and taking the sustainable route. It will only be offering eco-friendly powertrains beginning 2022 and onwards. It’s great that the familiar boxy open-top outline of the Moke remains intact. These will ship out in Wave Blue, Granite Gray, Scuba Blue, Sunlight Yellow, and Sunset Orange. 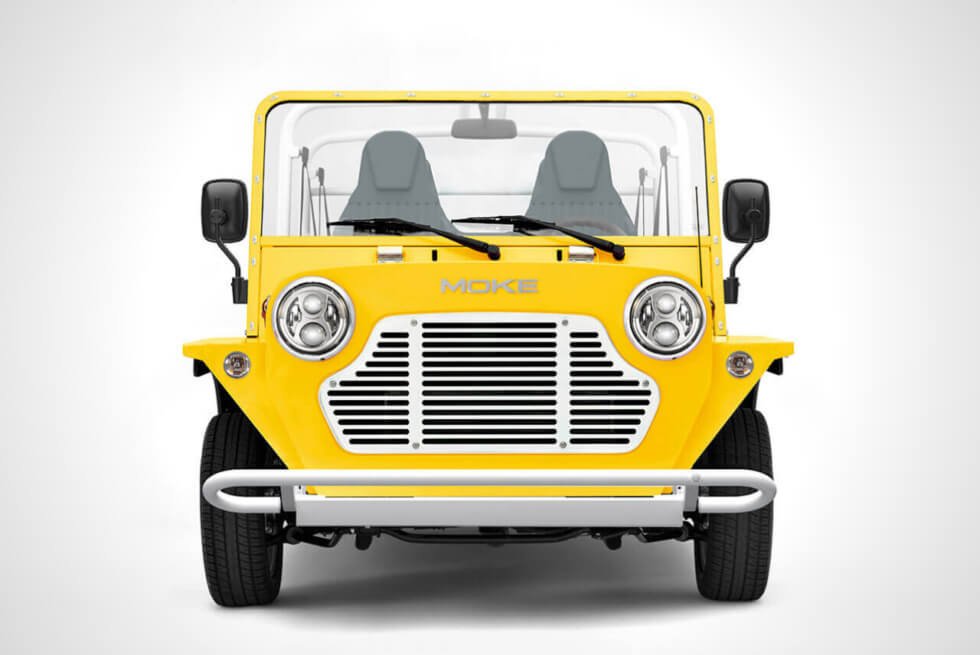 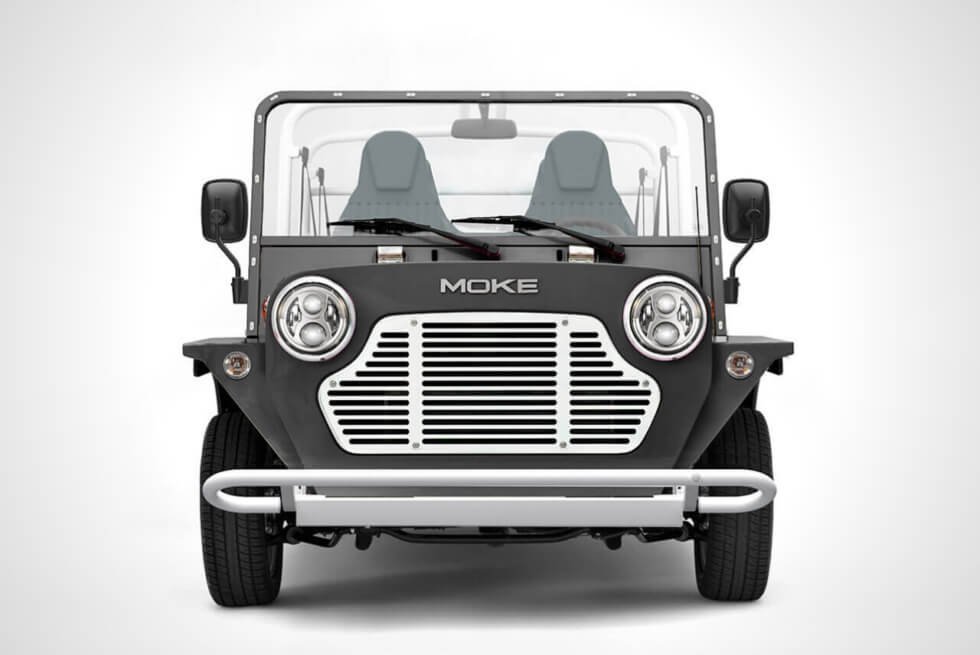 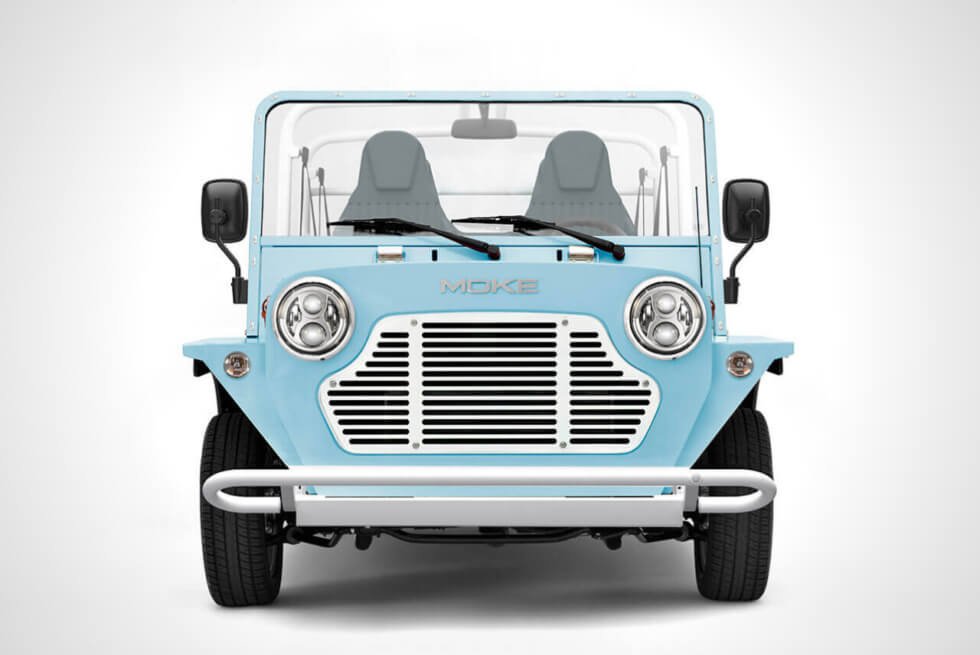 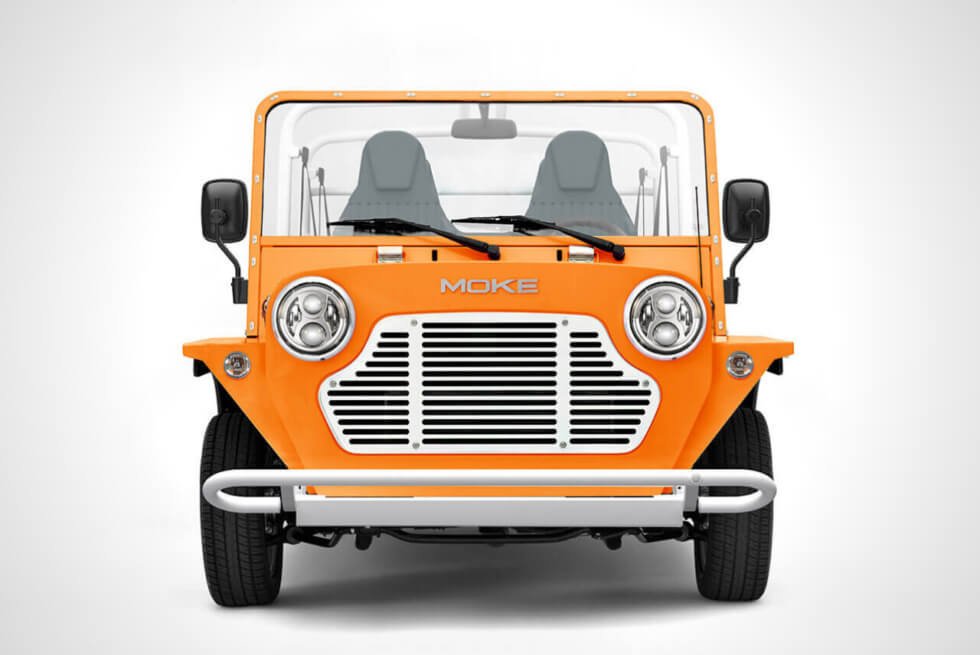 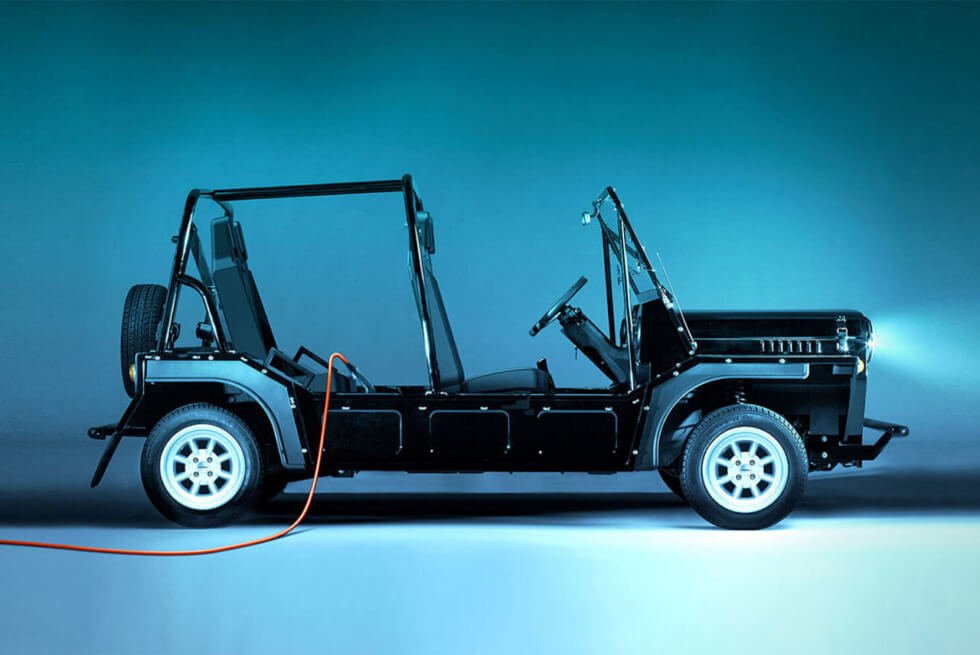