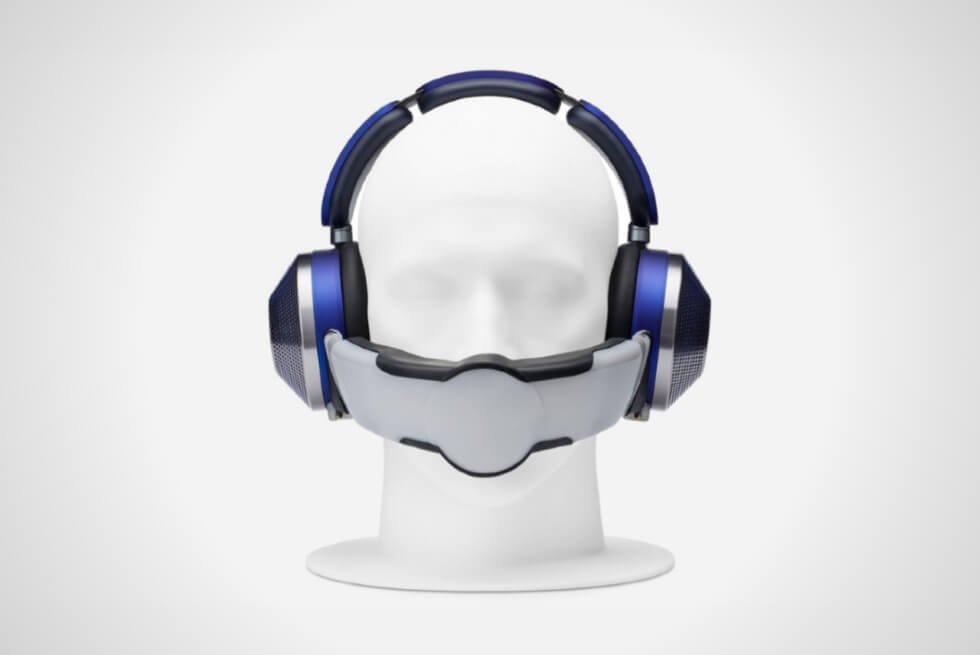 If the latest innovations deal with vacuums, fans, and anything in between that manipulates air, you can bet Dyson is behind it. Over the years, the company has been branching out into other unexpected segments. Its latest venture encroaches into the high-end audio market and packs a welcome extra. The Zone is an odd yet fascinating two-in-one device.

It might seem that the now-Singaporean-owned firm is just cashing in on the face mask trend due to the pandemic. However, sources point out that the Zone’s development started way back in 2016. Given how PR reps can often embellish their claims, we prefer to stay skeptical regarding this.

Still, it somehow reminds us of the XUPERMASK from Will.i.am and Honeywell. The concept behind this gadget may share some similarities with the former, but it offers something else. Compressors inside each ear cup actively draw air in, which then passes through a two-stage purification system behind the perforated grilles.

Instead of completely covering your nose and mouth, the contact-free visor just hovers over them. The Zone channels a continuous stream of purified air that you can breathe in nasally or orally. Despite their claims, it seems there is a major caveat here. Since there is no seal, there’s no proof yet that contaminants will not enter the breathing area.

As for the design, the over-ear configuration should feel more comfortable than a pair of earbuds. Nevertheless, it’s too early to determine if the acoustic quality will be on par with other high-end headphones. Given that this is Dyson’s first foray into personal audio, consumers should hold on to their wallets before reviews come out. The Zone is pegged to launch later this year. The Marshall Motif A.N.C. is compatible with wireless chargers and adds another 20 hours on top of the 4.5 hours battery life of the earbuds.