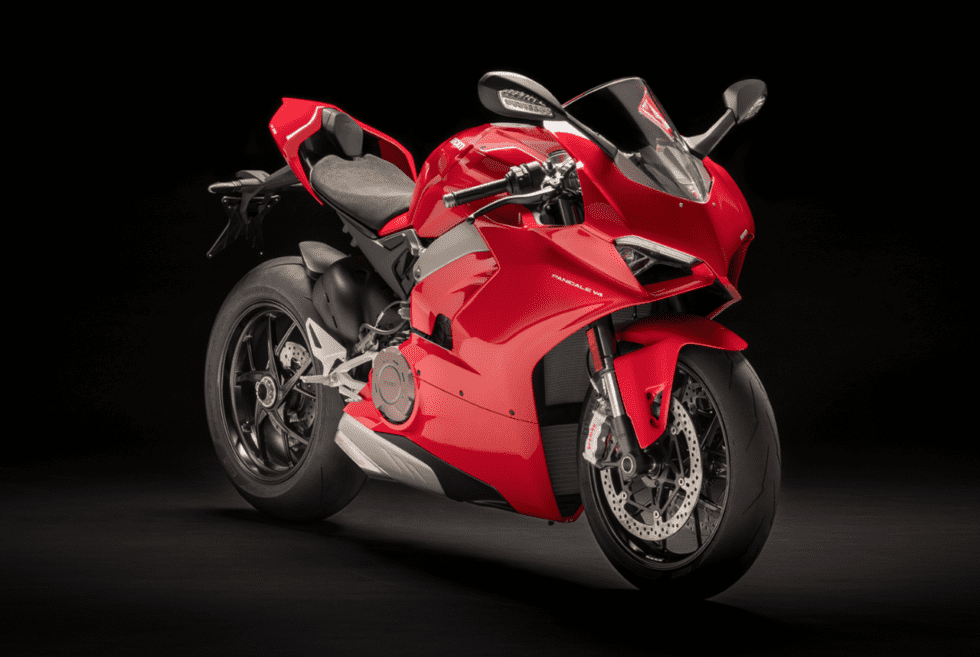 Just 500 Of This Ducati Panigale Superbike Will Be Made

It’s here — the Ducati Panigale V4, in commemoration of the 25th anniversary of the 916 superbike. Just 500 units will be made. So act fast if you want to get your hands on one of the most iconic bikes to ever come out of the Borgo Panigale factory.

Underneath the new Panigale is a handful of special parts. Among them are an Akrapovic exhaust, a dry clutch conversion, and a Panigale V4 R front frame. You’ll also find forged magnesium wheels care of Marchesini here. Not to mention other bits and bobs straight out of the Ducati Performance catalog.

“In all of modern motorcycling history, no bike has been as era-defining as the 916, both in terms of design and performance.”

“I’m incredibly proud to present this exclusive version of our Panigale V4, itself a celebration of the 25th anniversary of the 916.”

Ducati presented the bike with none other than “King” Carl Forgarty himself. Fogarty took the Ducati 916 Superbike to victory twice in the World Superbike Championship. Presenting it on the American Superbike stage, says Milicia, underscores the automaker’s dedication to the US market. He adds he’s sure bike enthusiasts and collectors alike will appreciate the uniqueness of the new Ducati Panigale V4 25th Anniversary 916.

Bike number five from the 500-unit allotment is going up for auction. Proceeds will go to a fundraiser for a charitable cause. Hit the link below to find out more. 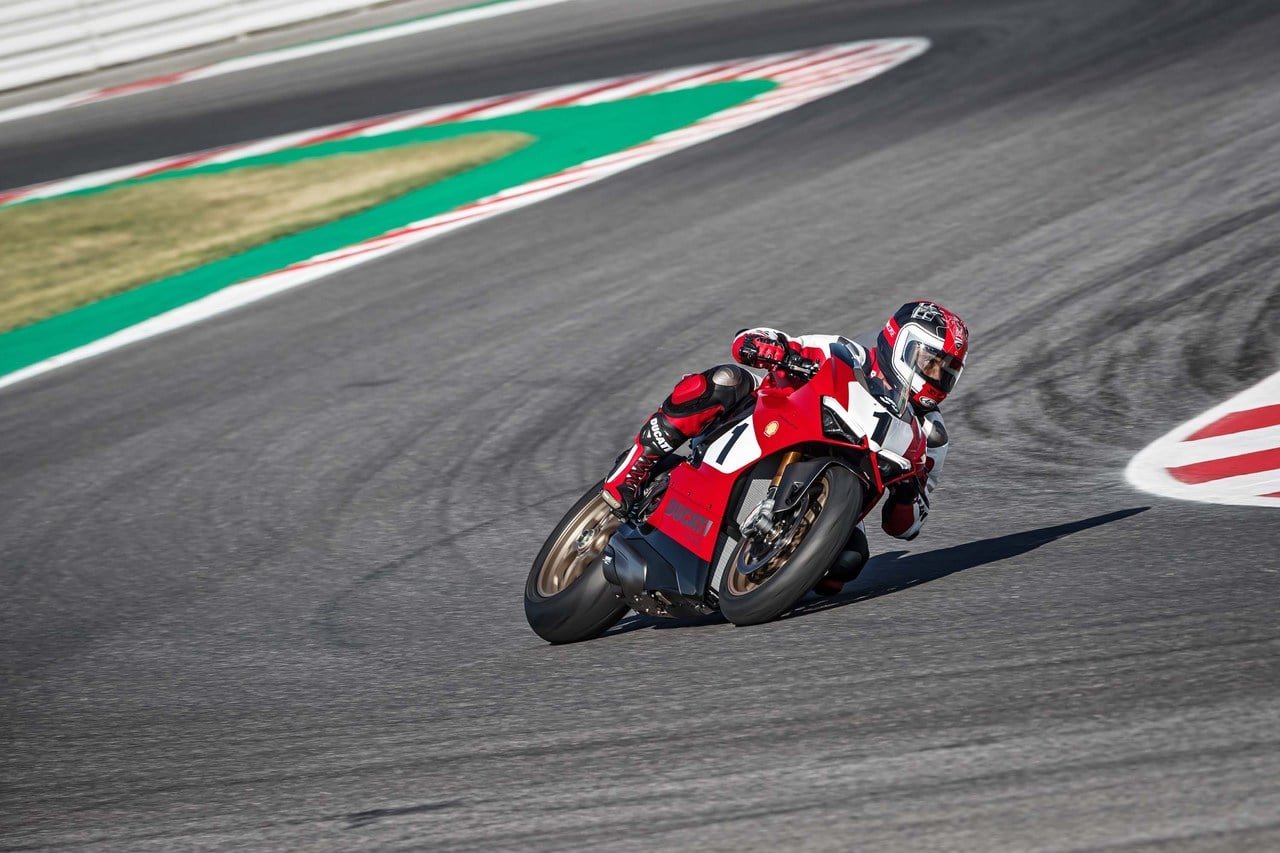 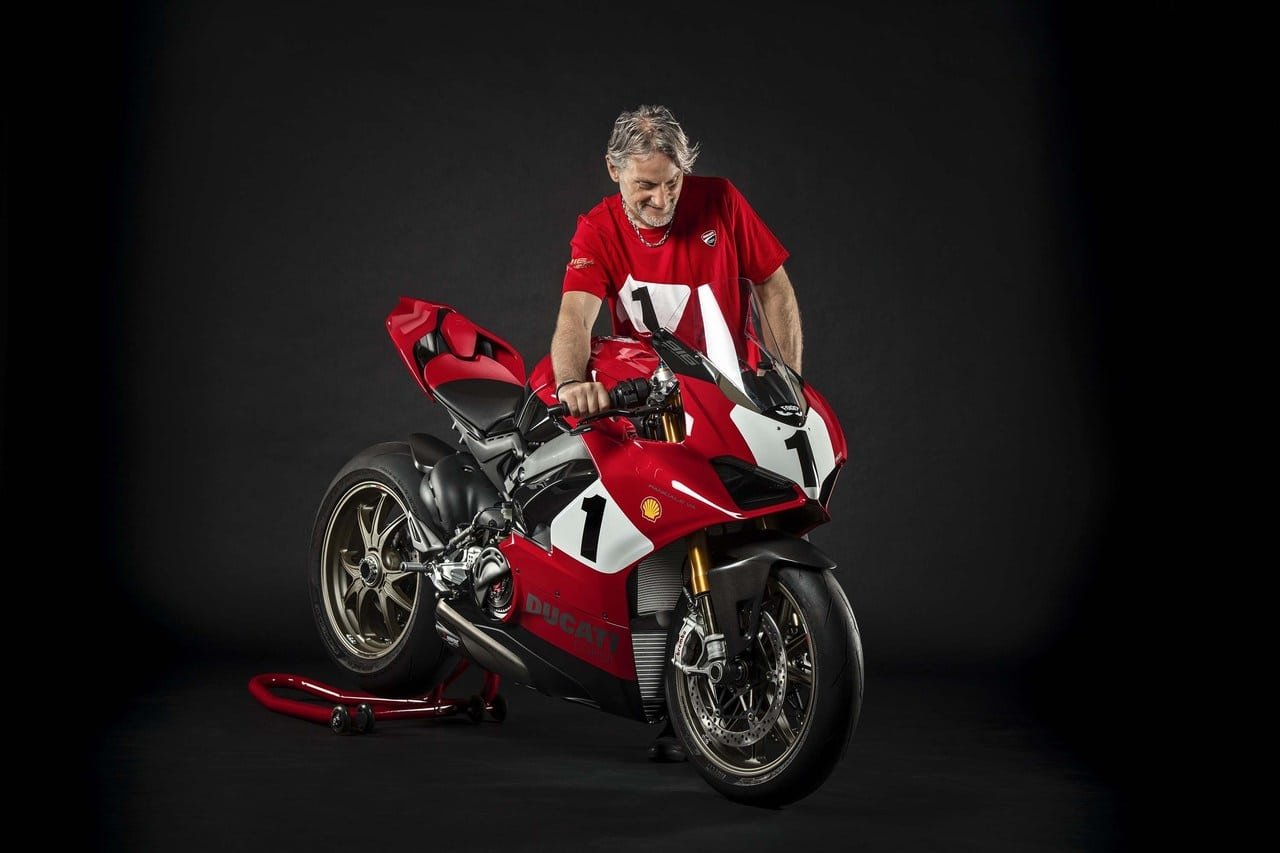 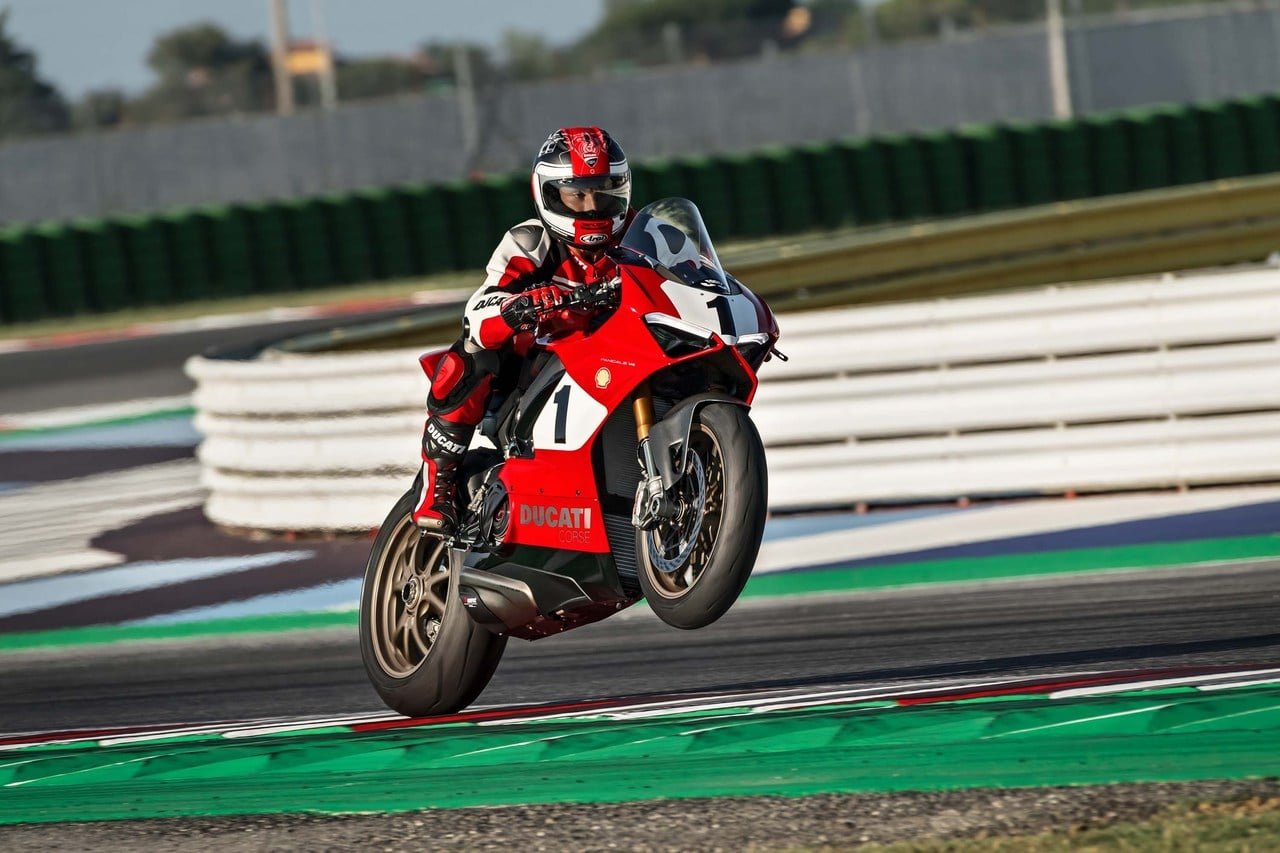