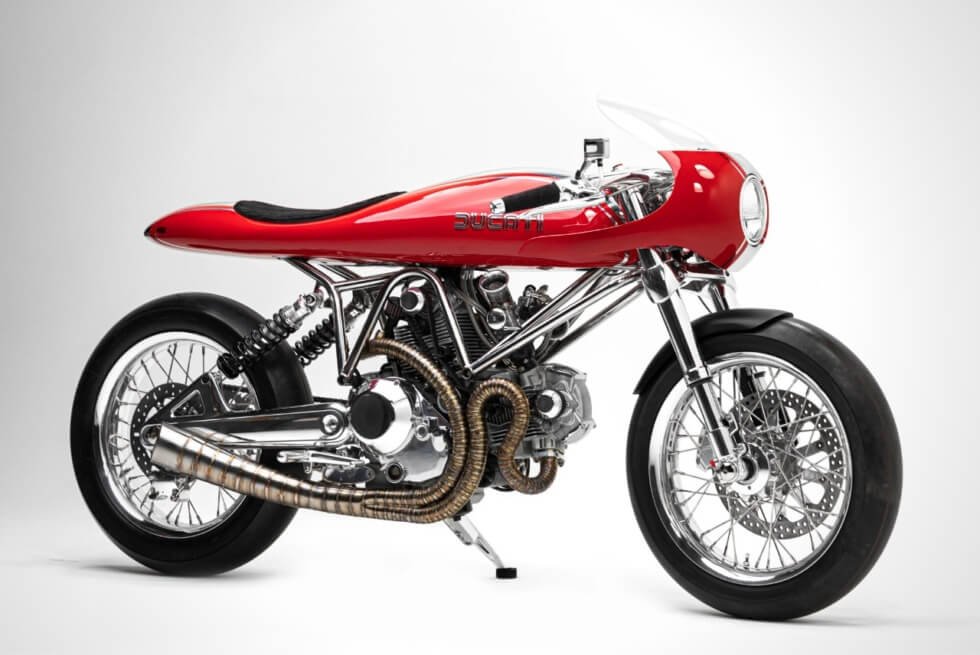 When something calls for perfection, one should possess patience and dedication despite setbacks. Perseverance will eventually lead you to the finish line. To illustrate, this jaw-dropping mechanical masterpiece – the Ducati 1100 Fuse – is the culmination of more than seven years of labor. In fact, it took them a whopping 1,000 hours in total.

As you can see, all of Revival Cycles’ hard work finally pays off with a two-wheeler fit for display in a museum. This magnificent machine made its debut at the Handbuilt Motorcycle Show and it blew everything else away. Take note that the event showcases the best America has to offer when it comes to custom bikes.

Credit for the actual build goes to the shop, but its aesthetics is a commission of client Ed Boyd. As former Dell Vice President of Design, Sony Technology Designer, and Nike Global Category Creative Director, he knows a thing or two about aesthetics. Still, to turn a concept into a fully functional showpiece like the Ducati 1100 Fuse takes a team of experts.

Originally, the budget for his bespoke café racer was around $100,000. However, the constant tweaks the owner keeps requesting were soon pushing the costs way beyond that. Don’t let the looks fool you, because the Ducati 1100 Fuse is more than just for display.

In fact, the only remaining parts of the original donor model are the engine and wheel hubs. Everything else is crafted according to Boyd’s strict specifications. These include the stainless-steel trellis frame, swing arm, leather saddle, and paint job. Revival Cycles says the top triple clamp alone is worth more than $60,000. Nevertheless, the Ducati 1100 Fuse is definitely a work of art.