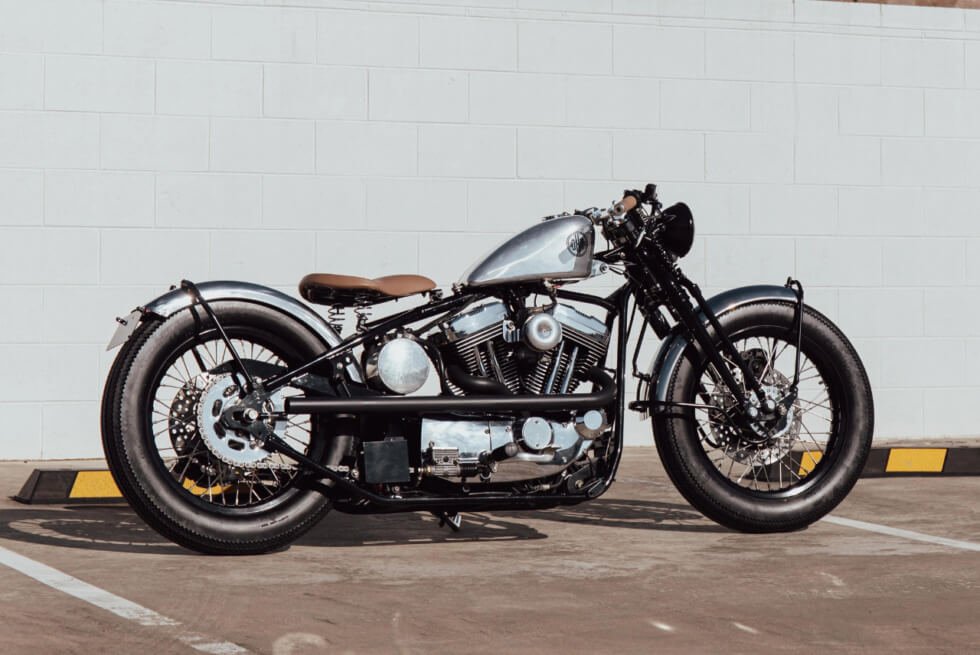 One look at this two-wheeler they call the Lead Head, you can barely see any resemblance to the original donor unit. Still, Deus Ex Machina tells us that this was originally a Zero Engineering Type 8 model. We’ll just take their word for it and find out how this project came to be.

The Type 8 is a stunning custom chopper that uses mills from Harley-Davidson motorcycles. Most of the time, Zero Engineering releases production models in limited numbers, but also occasionally unveils one-offs. Another distinct feature the marque’s founder, Shinya Kimura, loves to endow their bikes with is a gooseneck frame.

Thus, Deus Ex Machina opts to keep some of these elements intact yet endow the bike with its creative spin. The Lead Head sports a 1,200 cc EVO engine with some modifications. The build keeps this in full view as there are fairings to speak off. Nonetheless, the way its polished parts shimmer against the dark tone of its chassis.

Its front and rear fenders are stainless to match the silver sheen of the tank. Meanwhile, the shop also installs a Motogadget Motoscope Tiny speedometer between the M-style handlebars with leather grips. The Lead Head comes with a springer fork, a horizontal exhaust in black, and a custom leather saddle supported by twin springs.

Deus Ex Machina also shares that the brake and clutch controls were supplied by KustomTech. “In keeping with Kimura’s philosophy of less is more, Artem’s idea for his Type 8 was to emphasise the great lines already present in the type 8 frame while using some modern tech to bring this twin into the 21st century. While we’re at it, a little TLC wouldn’t go astray,” says the team about the Lead Head. 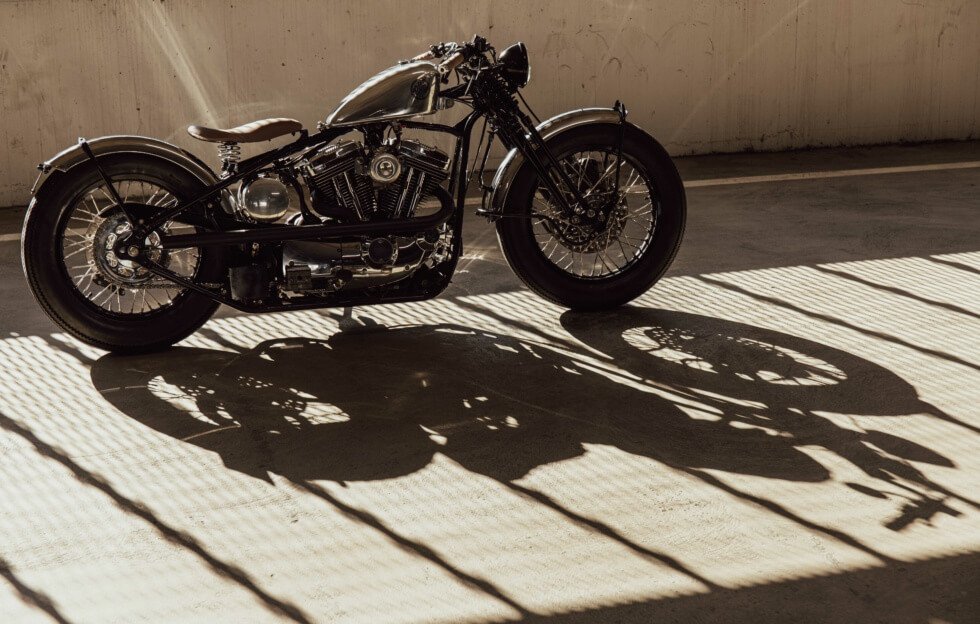 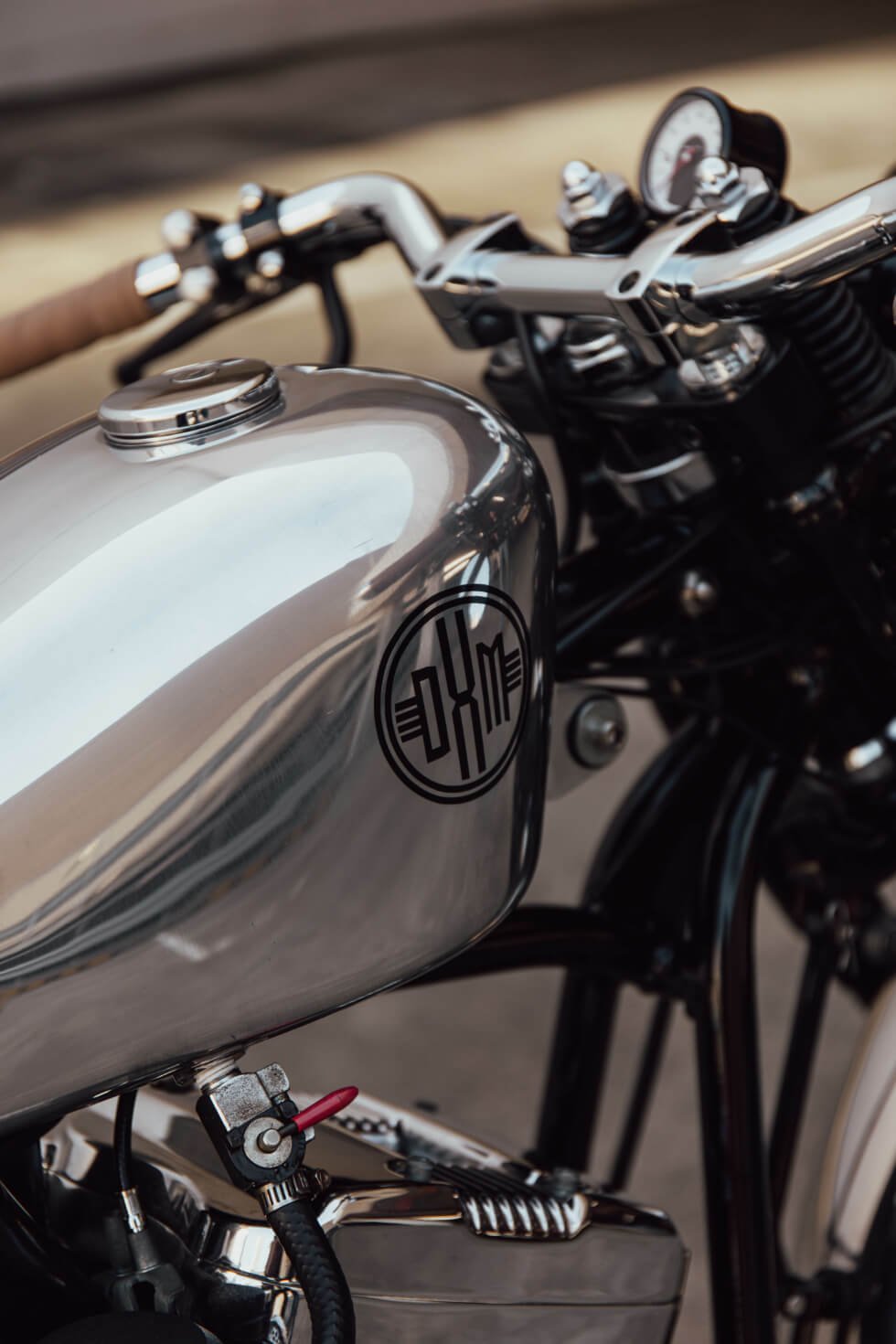 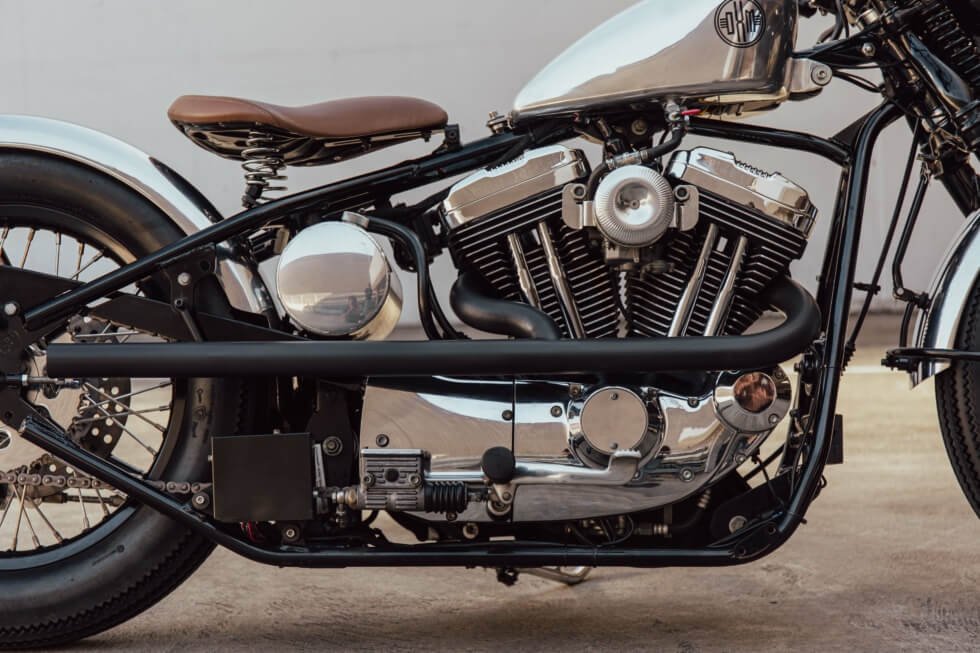 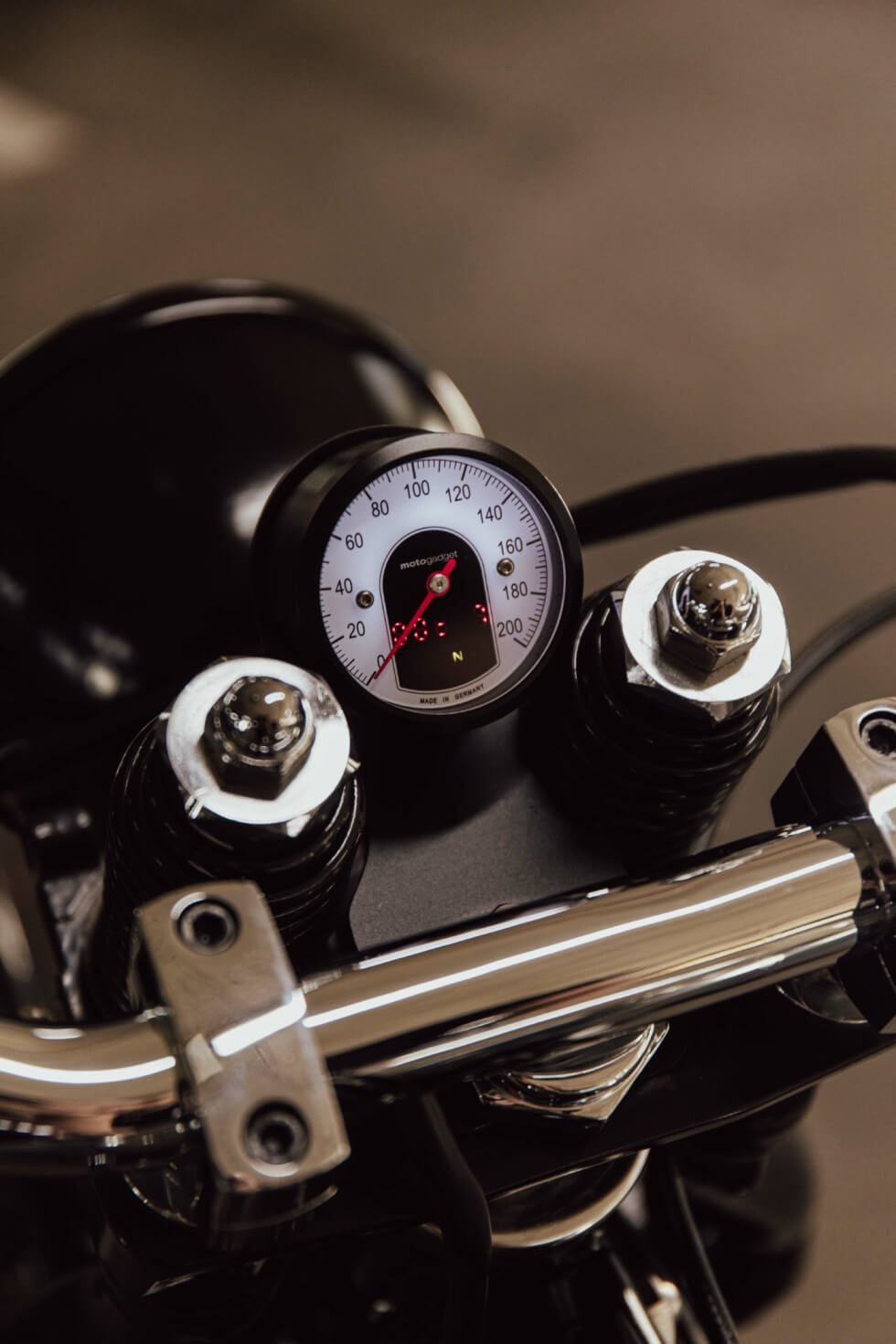 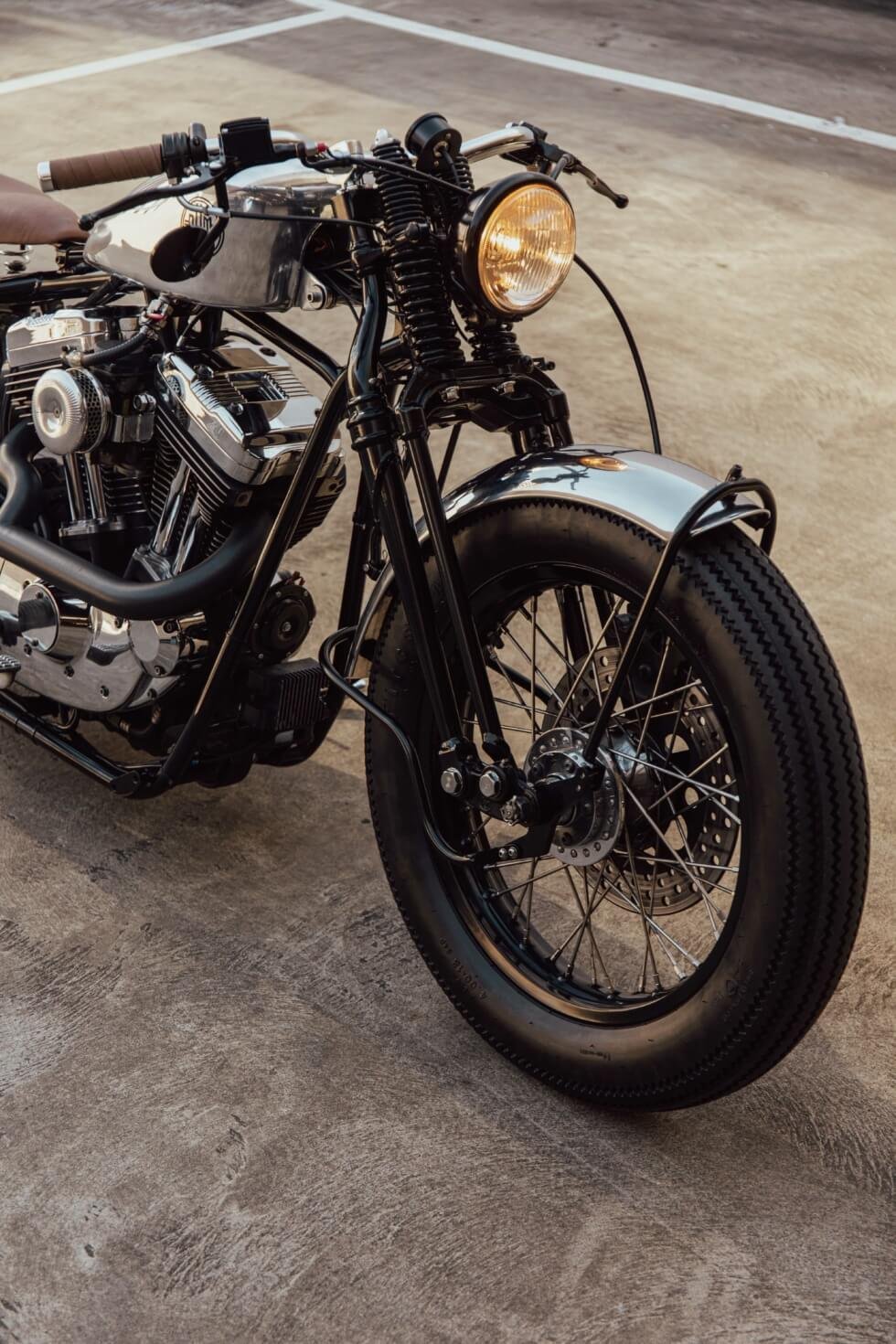 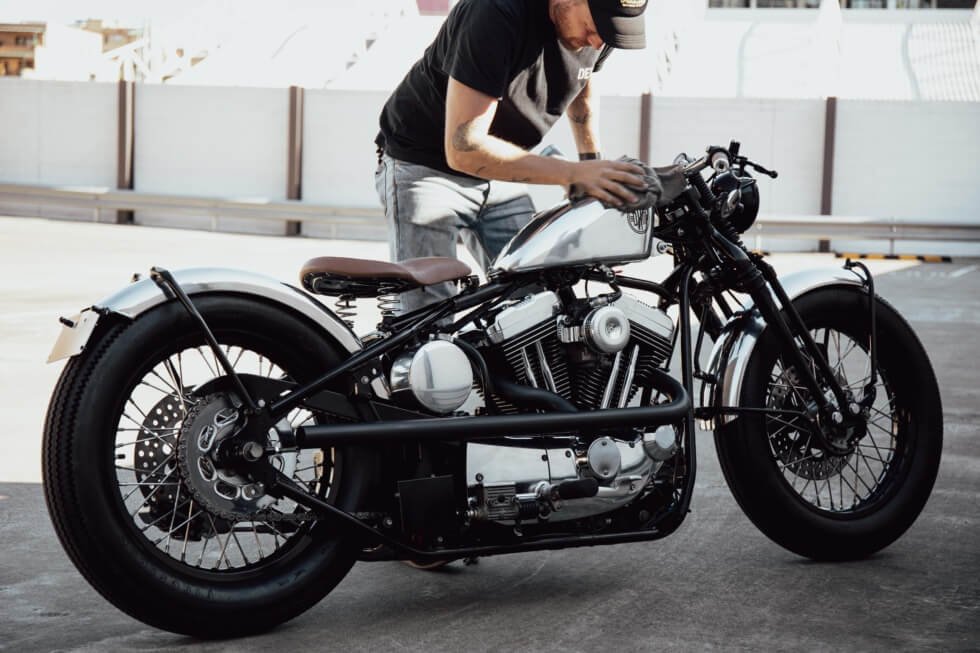 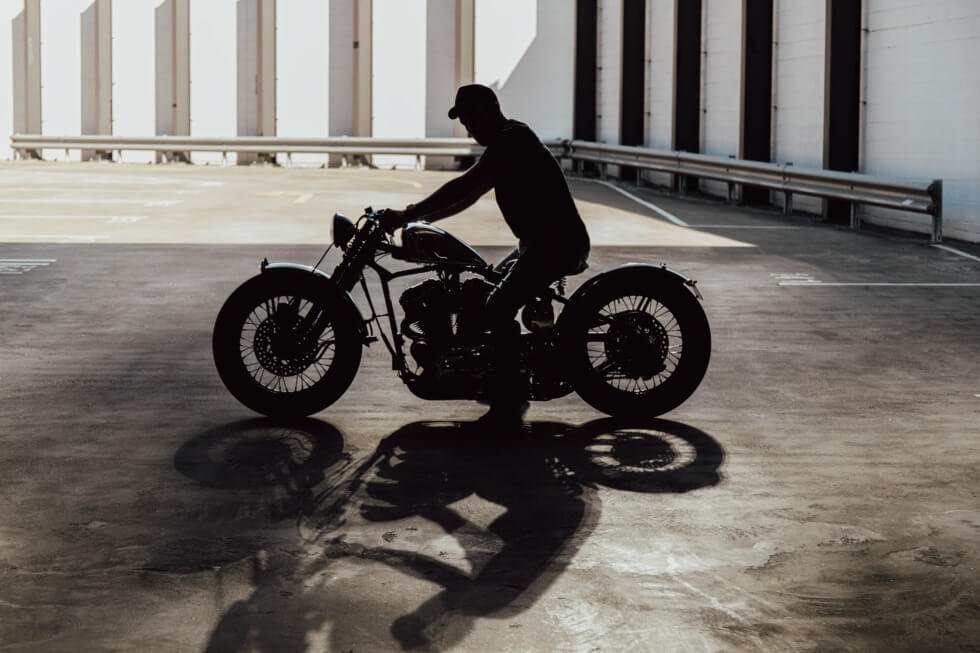