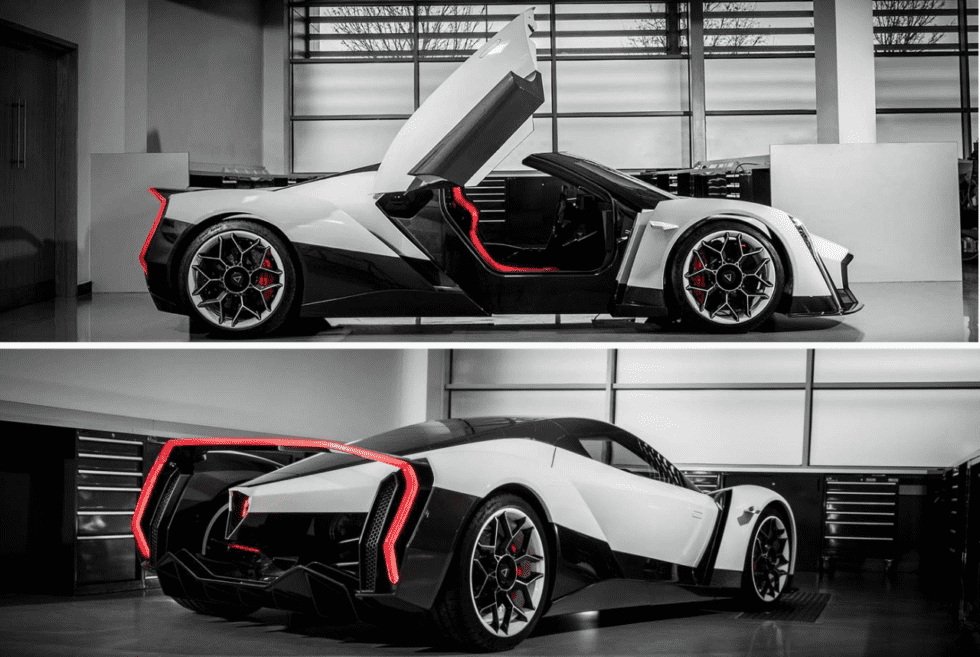 Unveiled with lots of ooh’s and ahh’s at the Geneva Motor Show in 2017, the Dendrobium D-1 is more than just a thing of style and beauty. The start-up manufacturing team behind this hypercar is already making some bold claims about its performance capabilities. They have stated that their electric drive-train and storage system that has been designed in-house can produce a whopping 1,475 lb-ft of torque and 1,800 hp.

The car’s Latin-inspired name is taken from an orchid variety, as the winged doors and sunroof resemble it’s opening petals. In fact, the whole approach to the design and manufacturing of the car is one that bridges the gap between nature and engineering.

The company want to reduce the car’s weight as much as they possibly can and are using exotic alloys and a carbon fiber tub, which will have a total approximate weight of around 3858 lbs. The lighter the car, the faster and more powerful it will be. It is expected that the excitement and anticipation for this car will continue to build until it is officially unveiled to the public on the 30th of August at the Salon Prive. There is, as yet, though, no details regarding when it will be available to order.